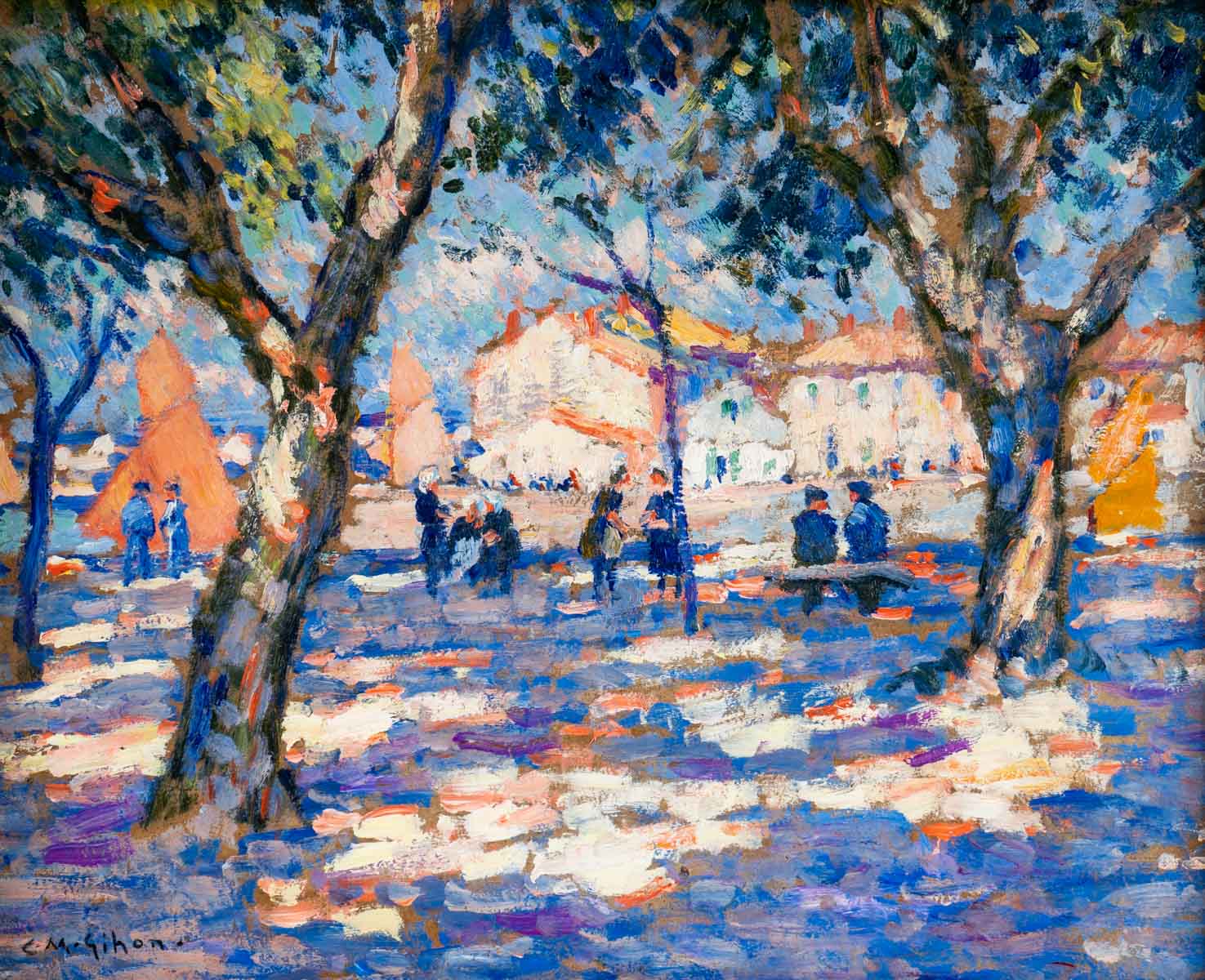 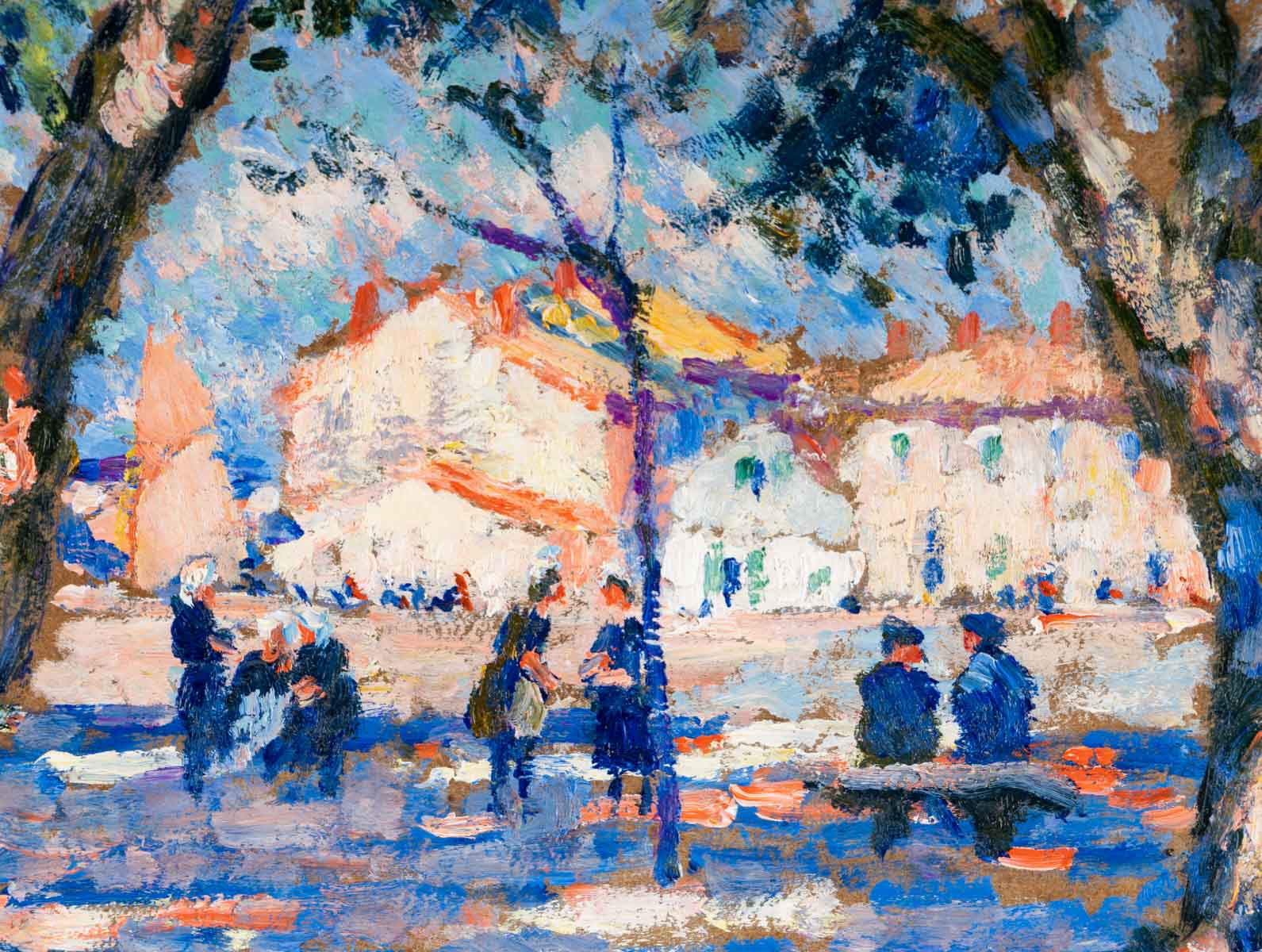 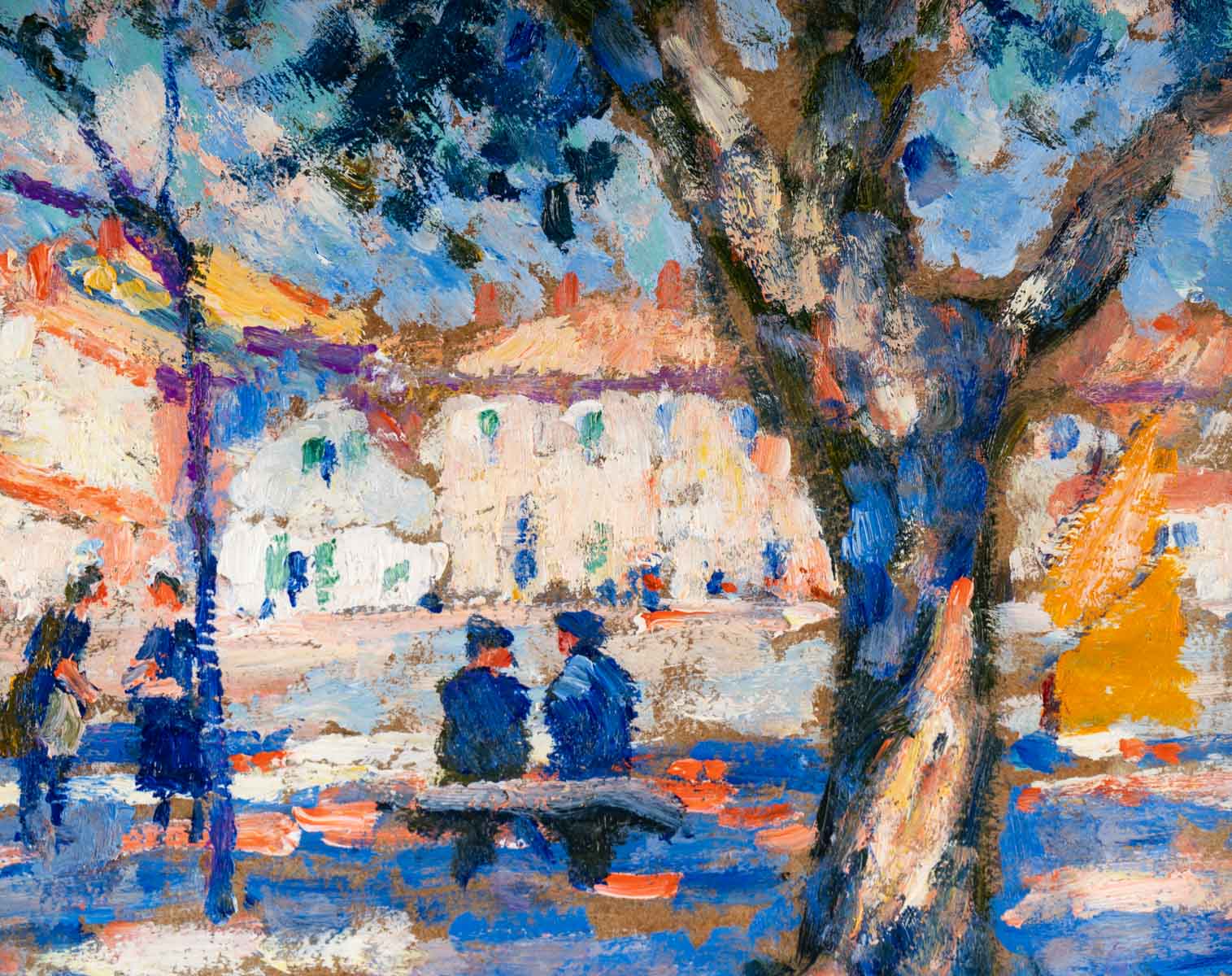 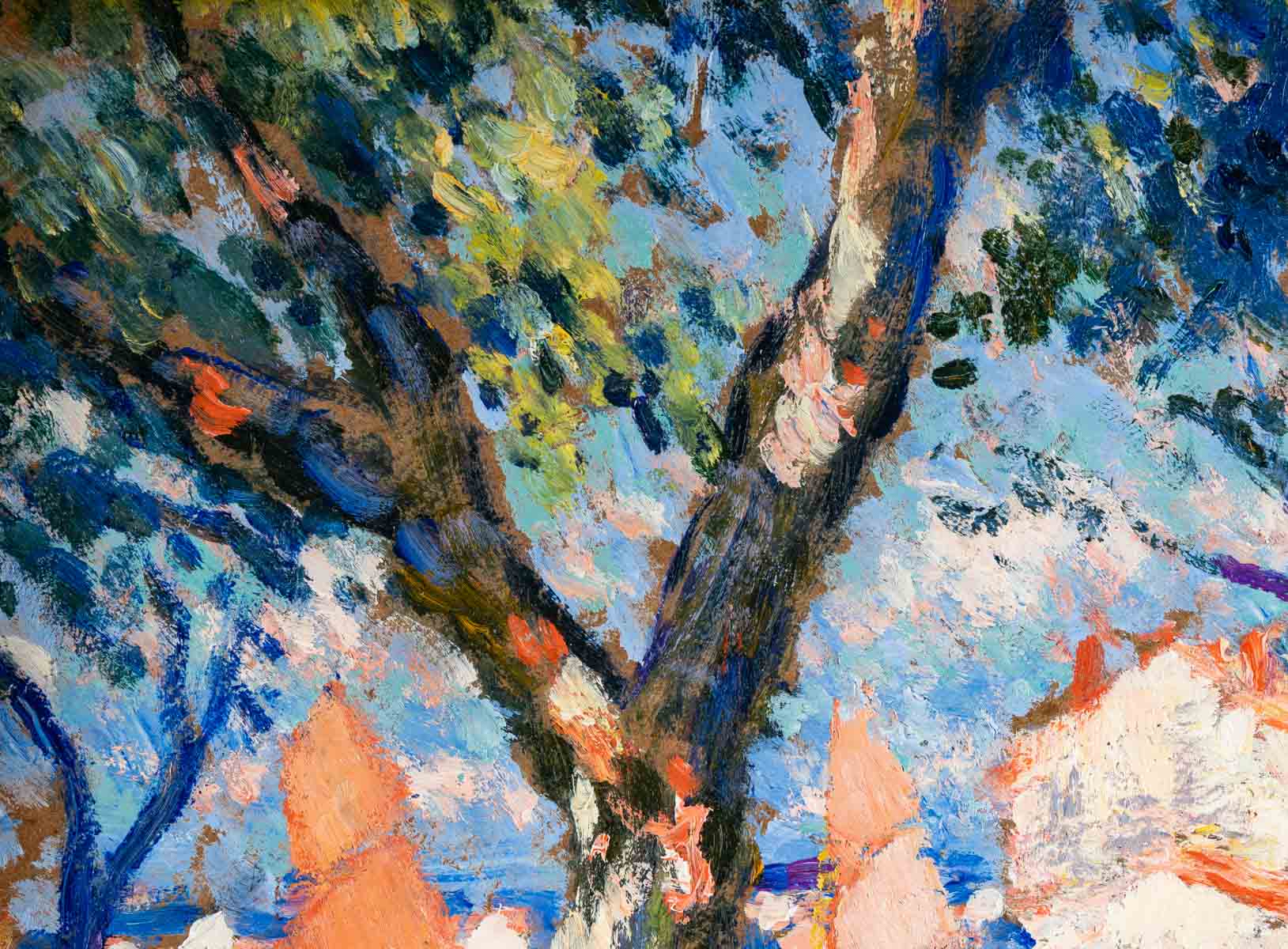 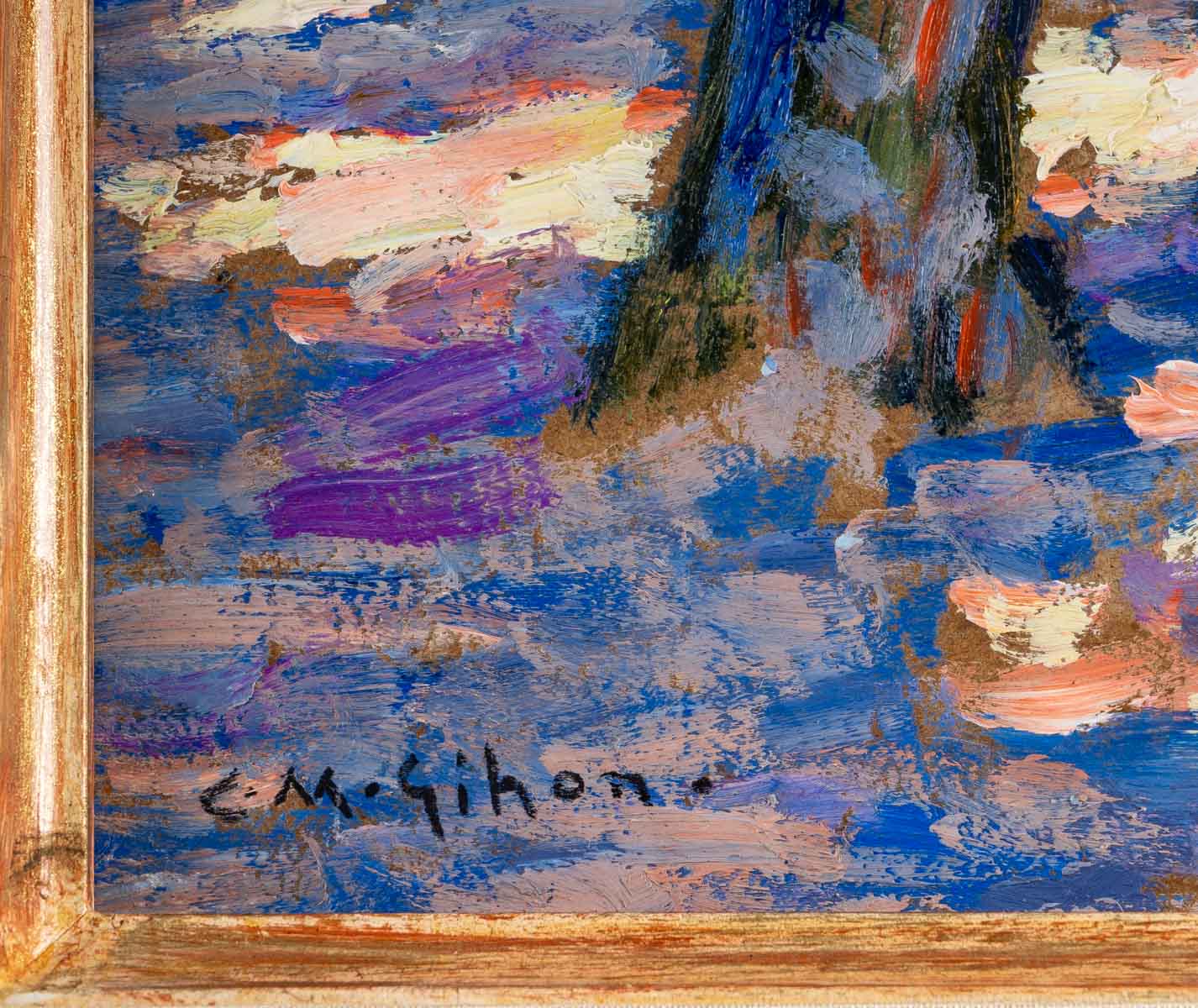 Clarence Montfort Gihon scatters the warm colors in small bright strokes, he spreads the light and distributes the shadow areas. The work is peaceful like its subject, a sheltered place, protected from the wind and the sun, which does not escape the painter’s keen and sharp eye. The freshness makes you want to take refuge there.
He seizes this moment of tranquility, a meeting place where inhabitants, men and women, discuss and relax. The technique is lively, post-impressionist and the strokes are hasty.

However, the young painter distances himself from academicism to develop his own style. The gap between his training and his way of painting is important to enlighten and understand his art.

After a figurative period, he confirms his post-impressionist style. He depicts luminous landscapes in vivid colors, with dynamic brushstrokes, both large and small in scale. The views he prefers are the landscapes of Paris and Normandy. He appreciates the tranquility of the seaside and the perpetual movement of the city.