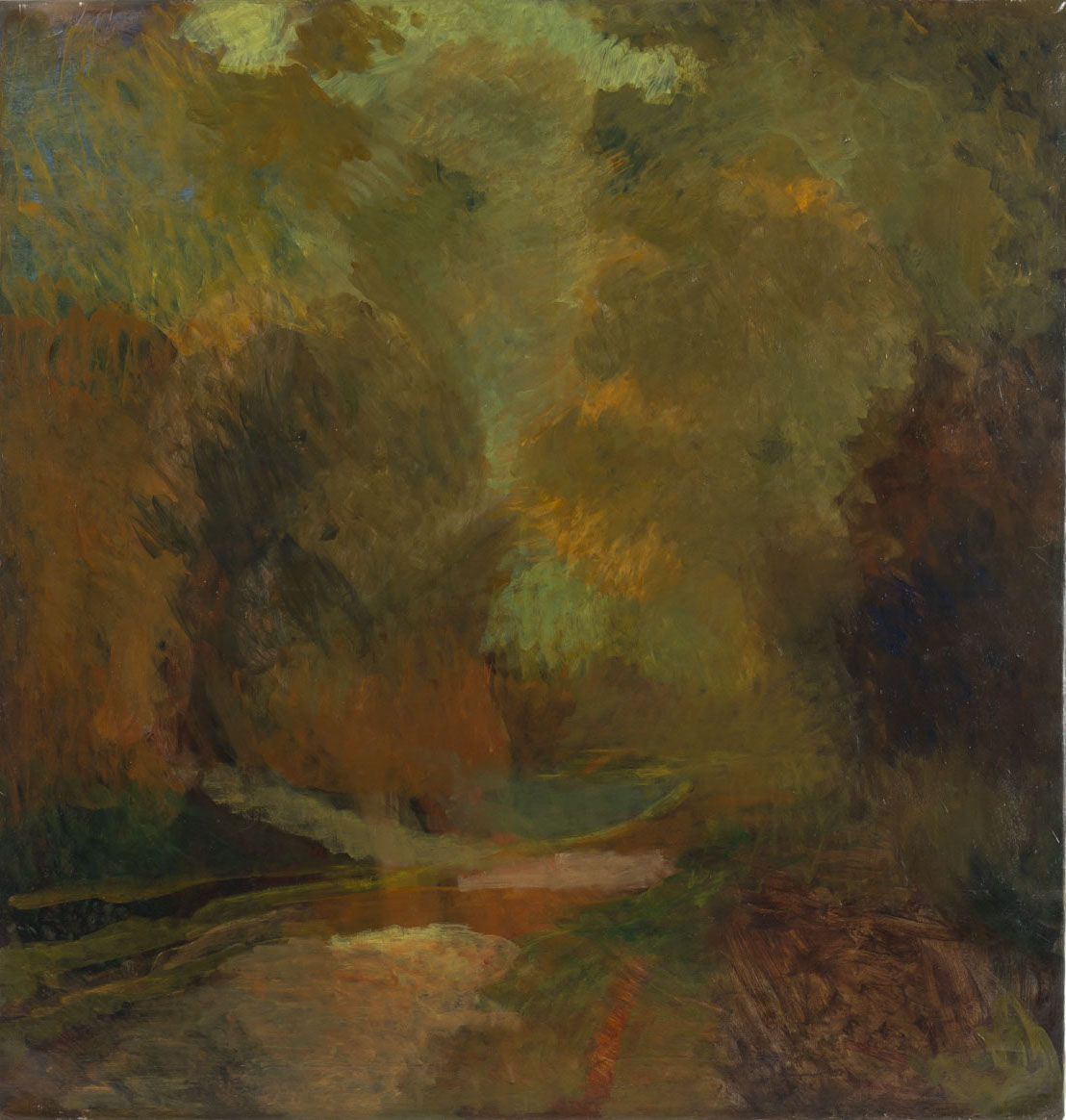 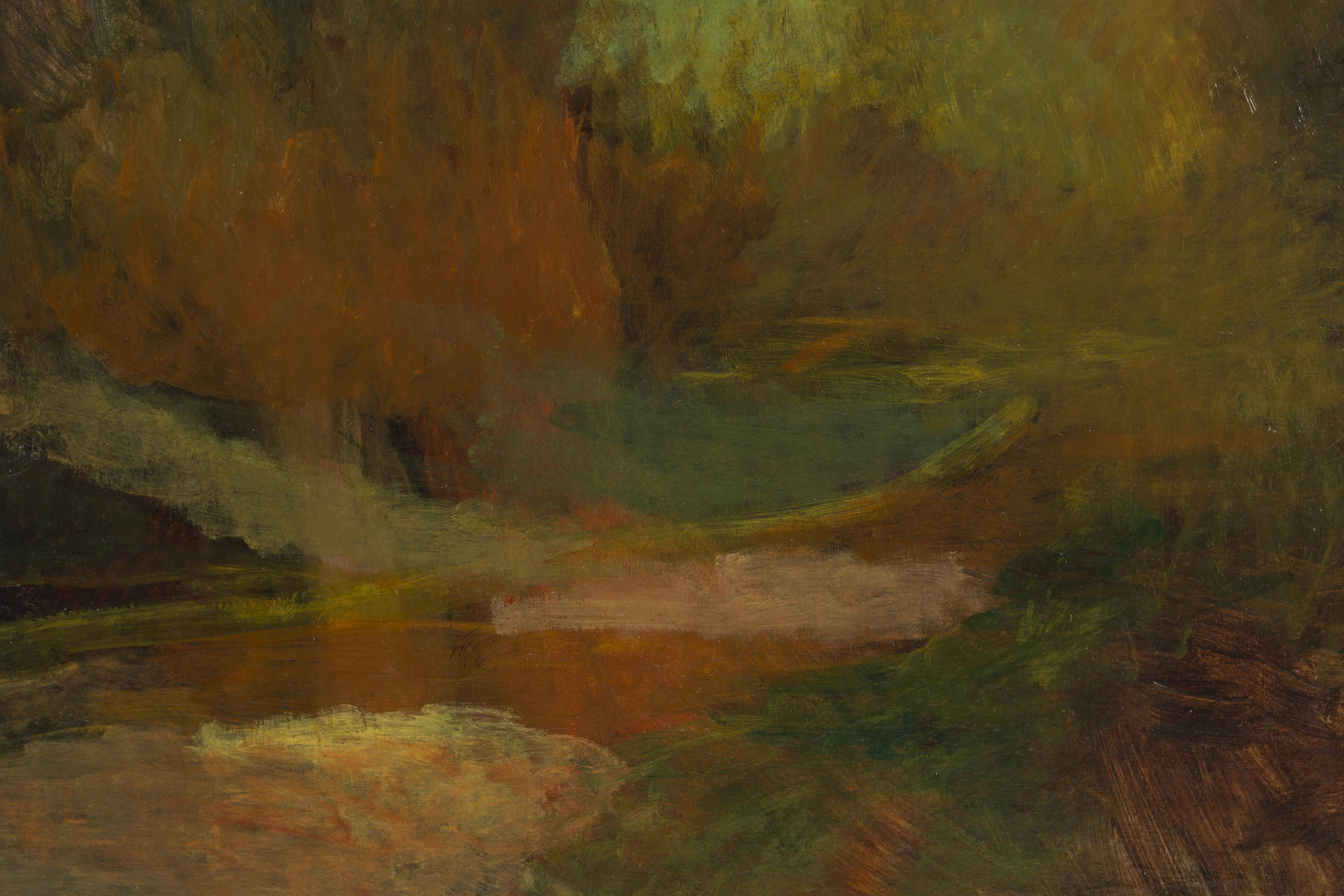 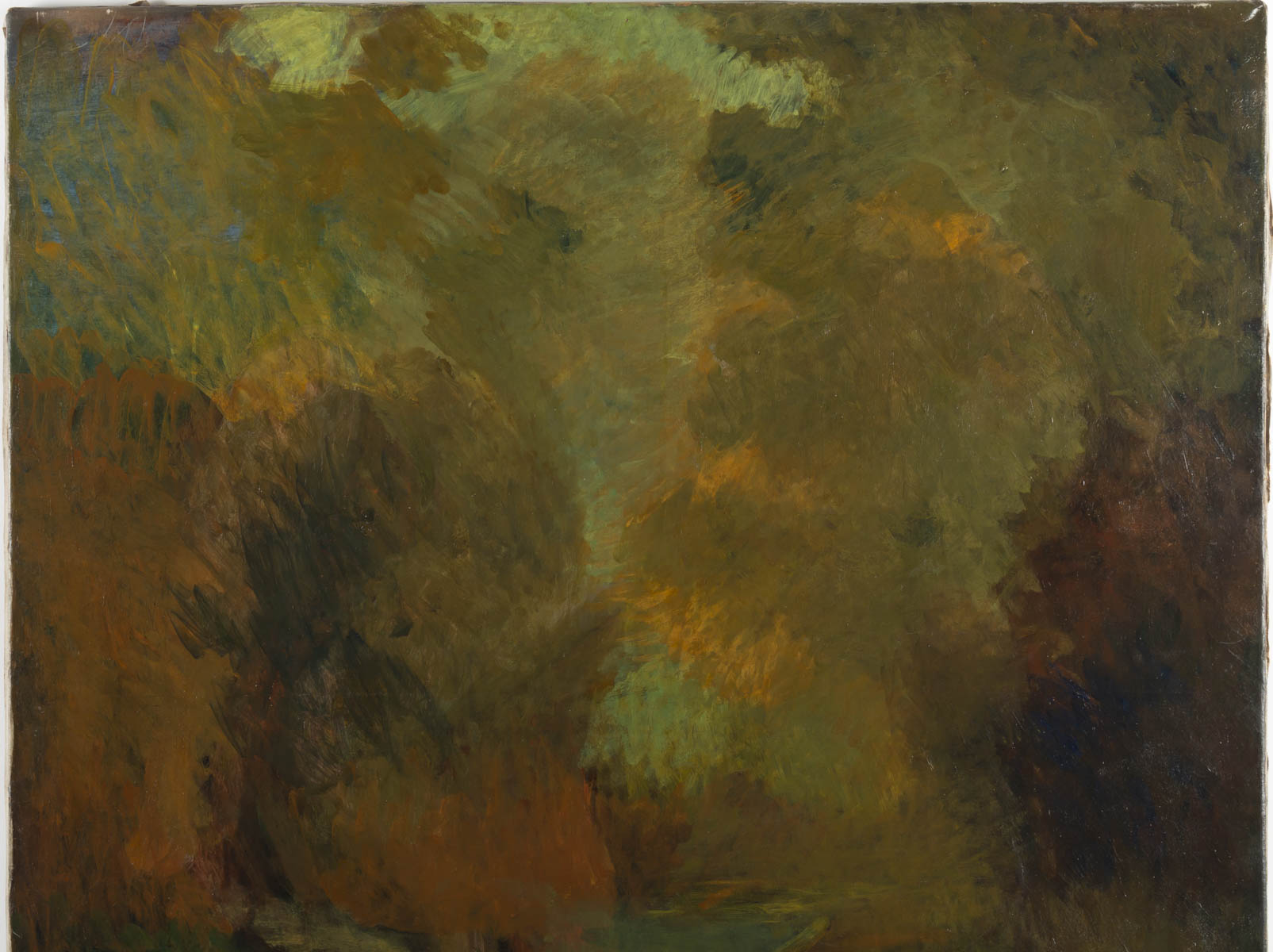 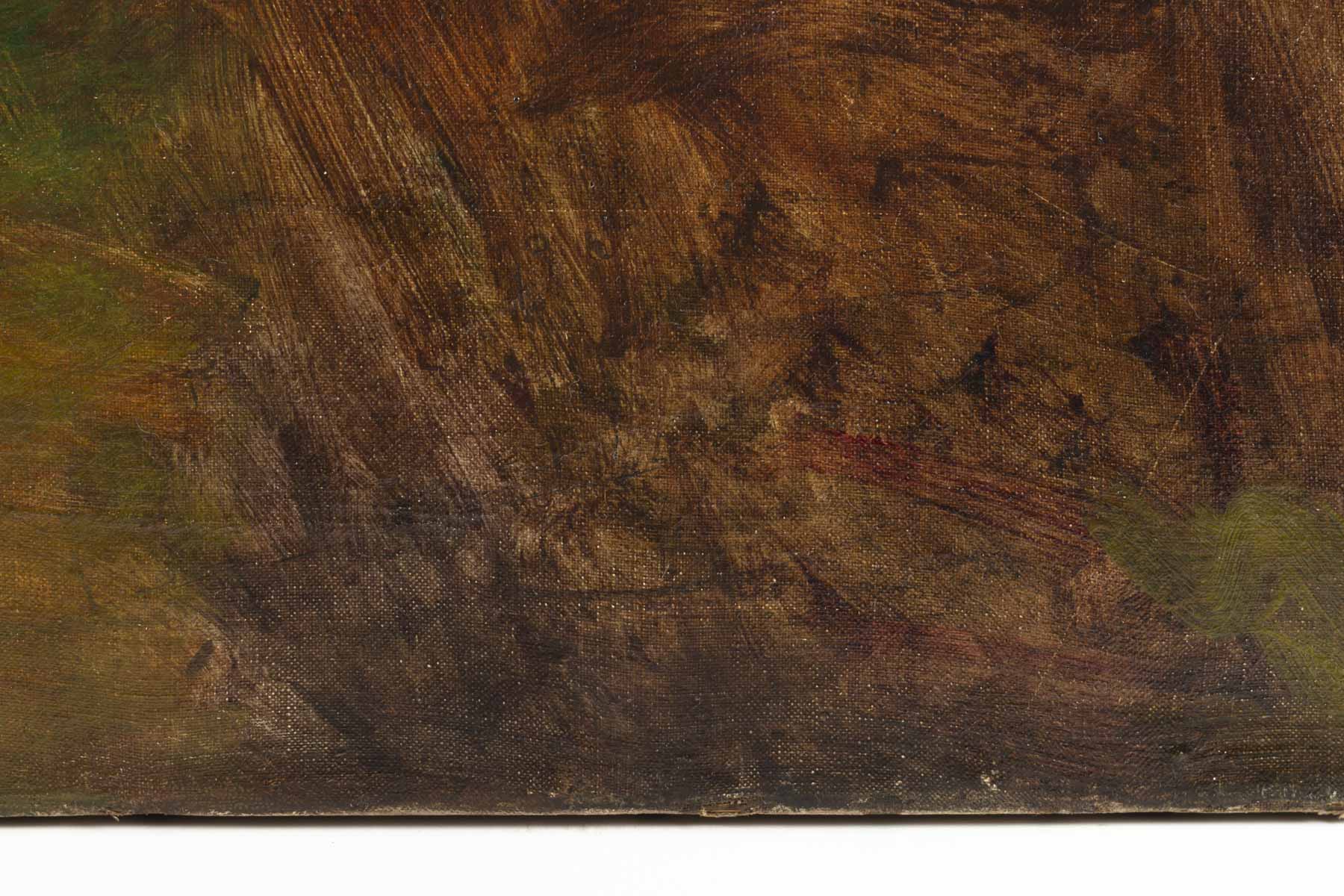 Composition with an impressionist and free touch, the painter adorns the canvas with bronze and salmon colors. He treats the painting as a sketch; paints this moment of life when the interior of a wood is blown by a light wind. It represents the bed of a river and, in the distance, a bridge. Dark colors give extra depth and soul.

Henry Lerolle trained at the Academy of Charles Switzerland and then entered the School of Fine Arts in Paris in the studio of Louis Lamothe. He debuted at the Salon of 1868. He exhibited regularly at the National Society of Fine Arts where he obtained numerous distinctions, including a gold medal in 1900.

Henry Lerolle surrounds himself with artists whose works he collects, musicians and writers like Degas, Monet, Renoir, Maurice Denis, Gustave Moreau. Violinist and amateur composer, it was through his wife, Madeleine Escudier, that he was introduced to contemporary music. He became Claude Debussy’s friend and forged relations with Henri Dupais, Sergei Prokofiev, Maurice Ravel and Igor Stravinsky.

His two daughters married the sons of his friend the industrialist and collector Henri Rouart. They pose for Edgard Degas, Renoir, Maurice Denis or Albert Besnard.