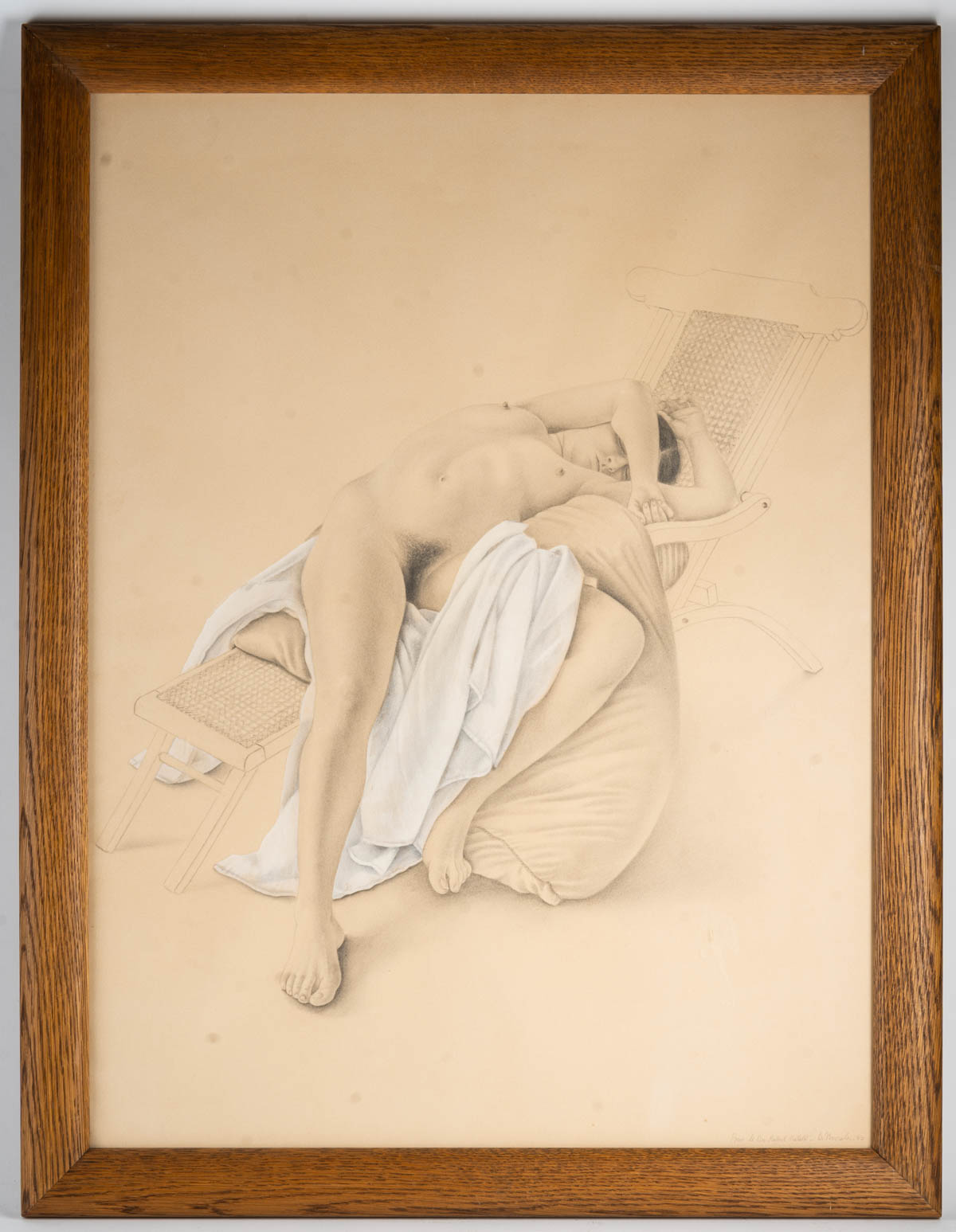 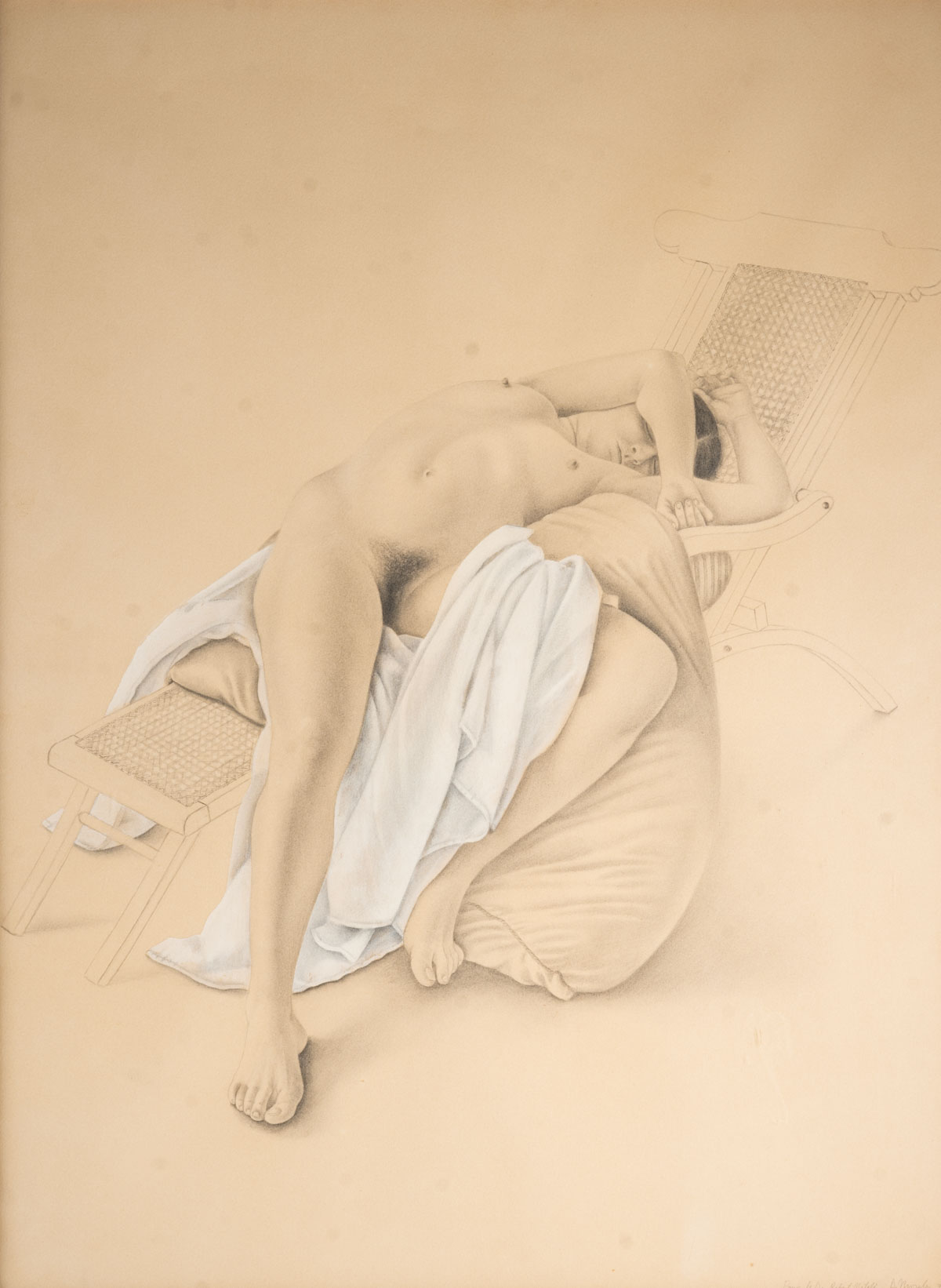 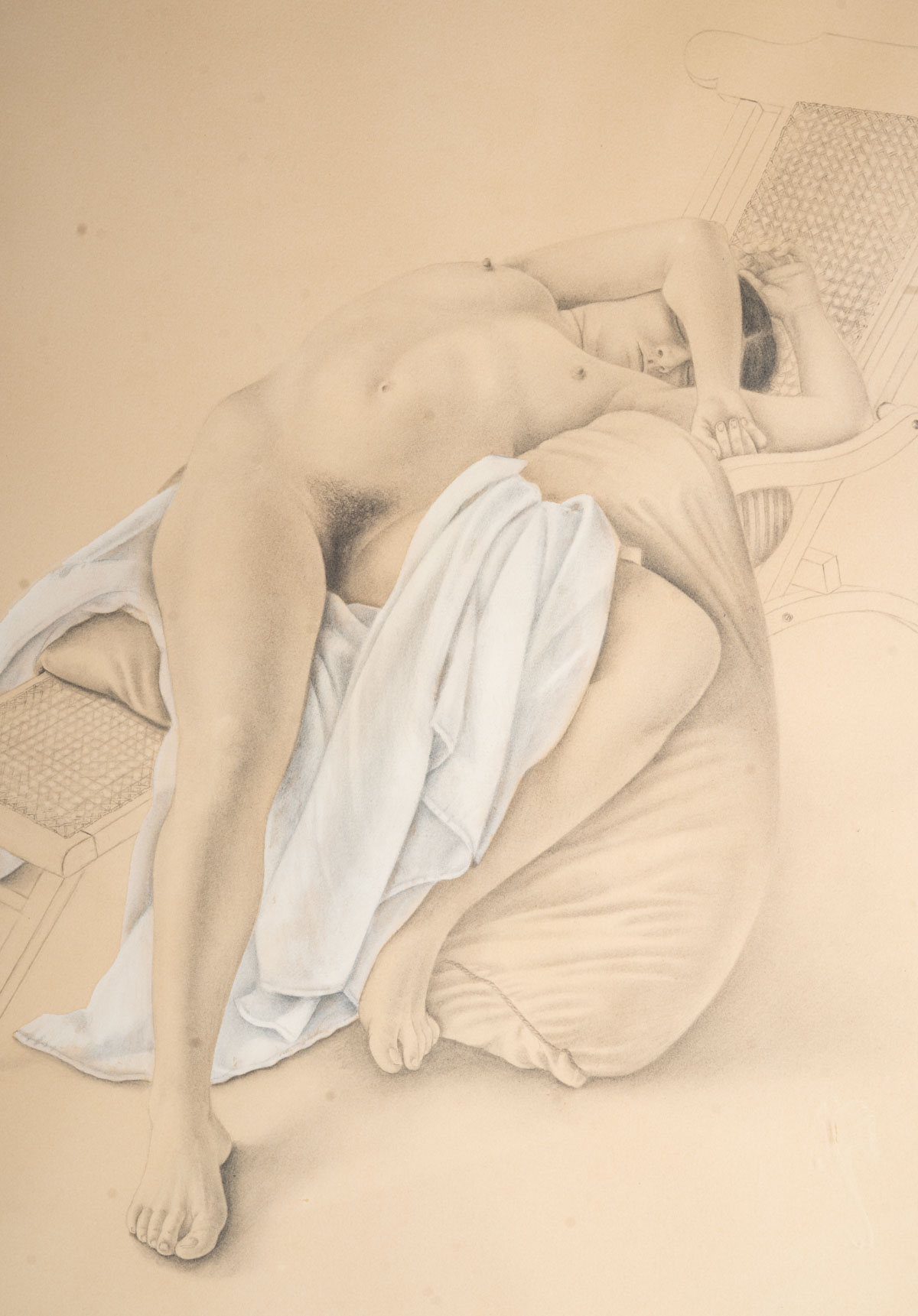 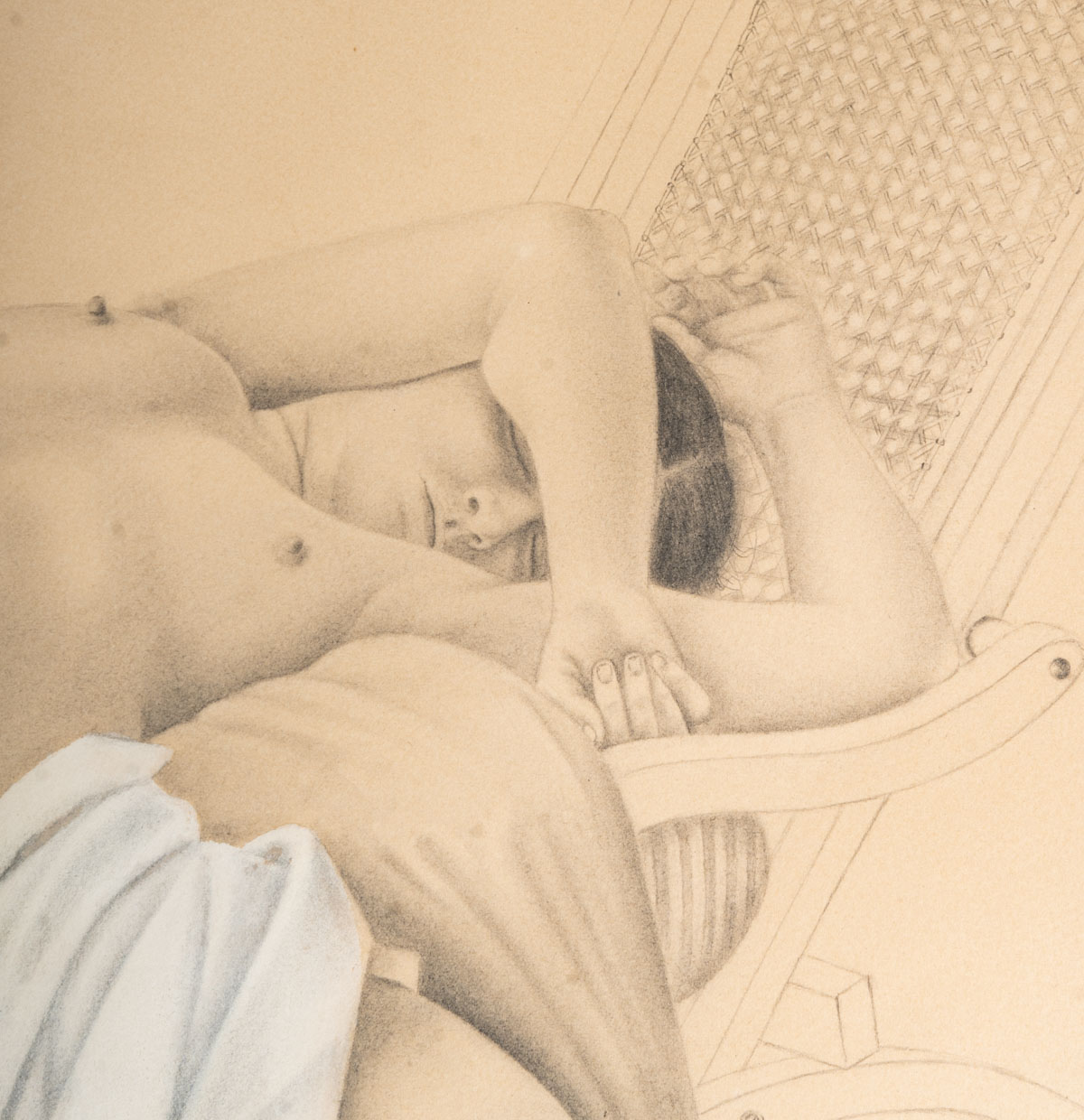 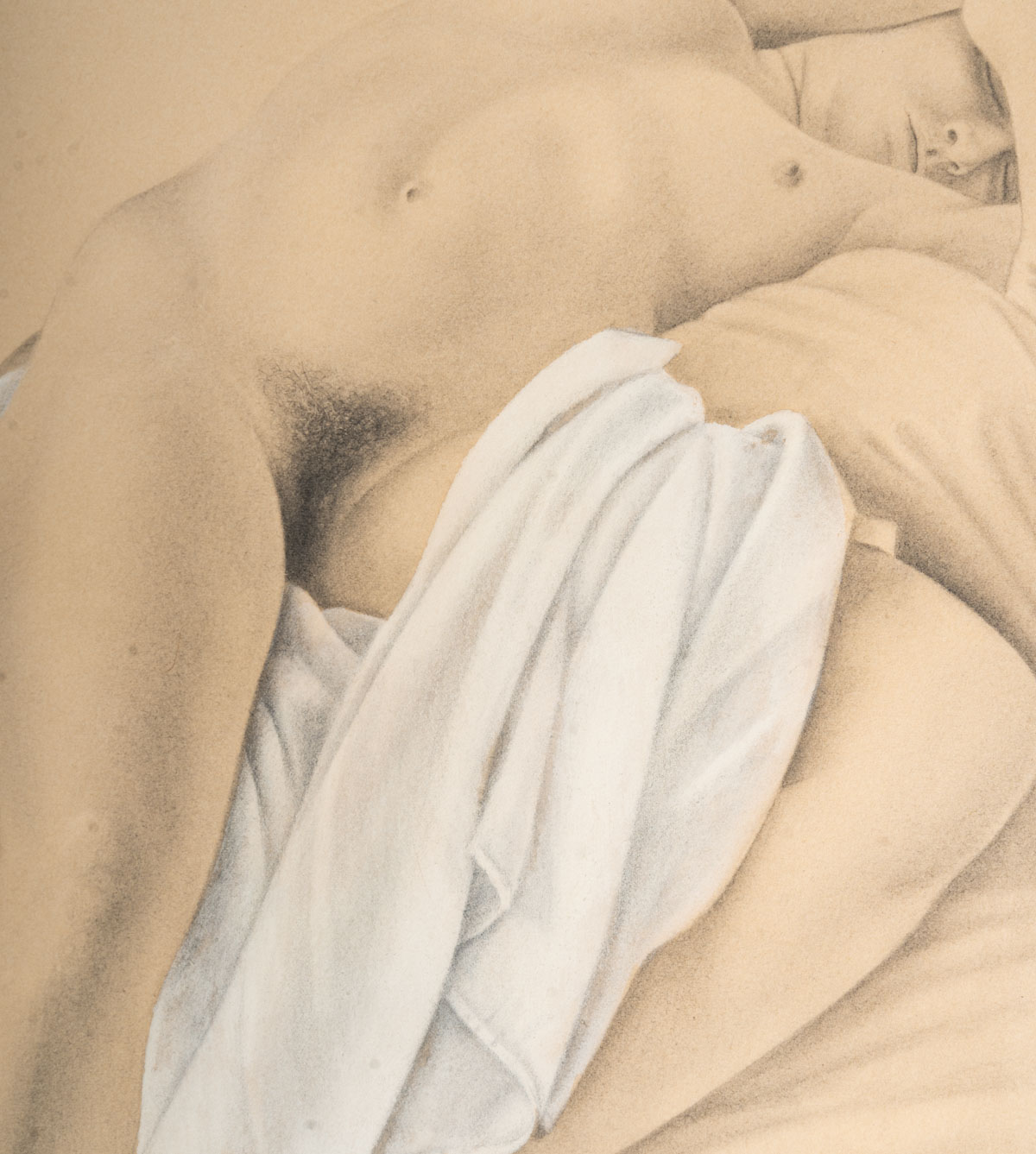 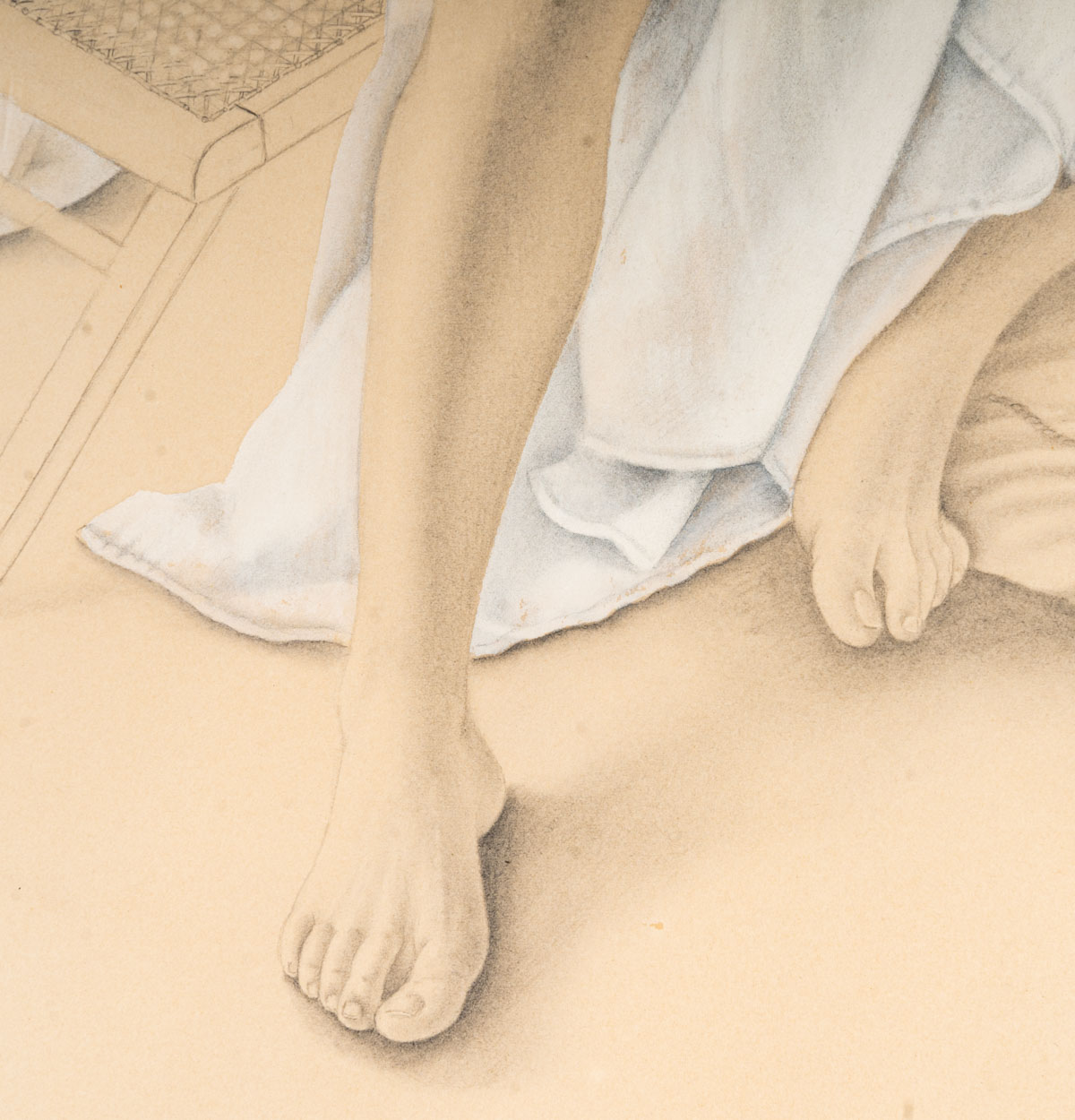 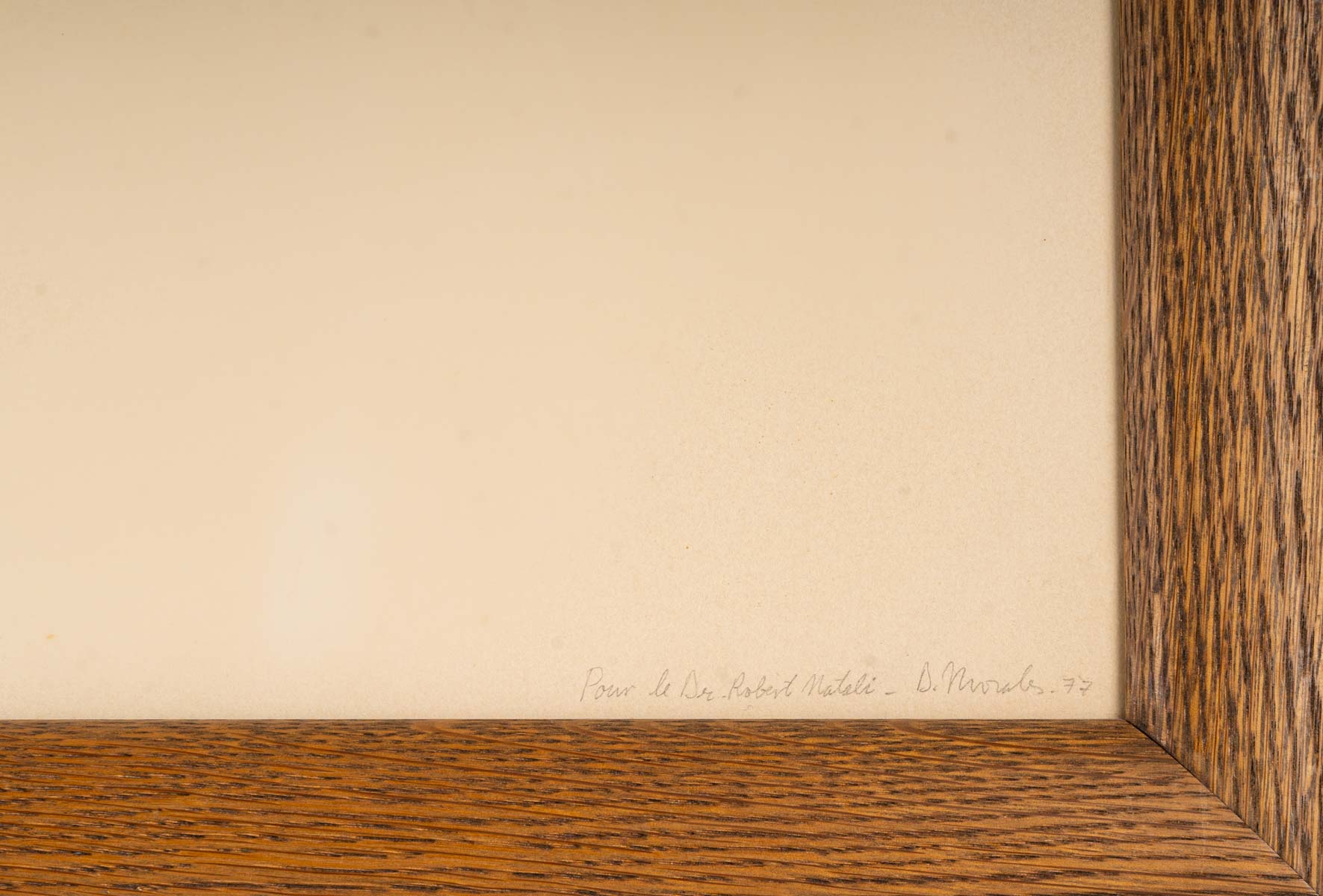 Dario Morales gives us a refined female nude, made with a fine, clean and precise line, of great pictorial quality; testimony to the drawing skills of this specialist in nudes. The scene takes place at the artist’s; his favorite female role model, his wife, rests relaxed and relaxed, languid on a wooden and wicker chaise longue. She is at home, it shows in her uninhibited attitude. She seems to be in a deep sleep. This moving moment is captured in all its glory. Is she pretending not to see the presence of the artist in front of her or is she really sleeping?
An almost erotic sensuality emerges from this painting. Everything takes shape in a touching hyper-sensitivity. He economizes and focuses on purity, the emphasis is on the bare, the decor is evanescent. The white bath towel, the only colored element, is an exception, We can see there a reference to the divinity of his muse adorned with a white toga.

In 1968, he organized an important personal exhibition at the Luis Ángel Arango library in Bogotá. That same year, he married Ana María Villa and went to Paris thanks to a loan from ICETEX; There he studied engraving at Atelier 17, with the British professor Stanley William Hayter. The following year, he decided to settle permanently in Paris where his two daughters were born, he developed his family life there.

In 1972, he exhibited individually in the United States and Europe. He practices drawing, painting, engraving and sculpture, with great technical care in the manner of the masters of the past.

He specifically paints nudes, the sensuality of the female body is his favorite subject.

Since the 1970s he has made bronze sculptures, female nudes in different positions and attitudes, scenes where he represents himself with the model and at the end of his life exquisitely patinated bronze still lifes from items found.

Two retrospective exhibitions are organized for him, one at the Avianca room in Barranquilla (1983) and another at the Museum of Modern Art in Bogotá (1984)

On March 21, 1988, he died in Paris following a respiratory illness.