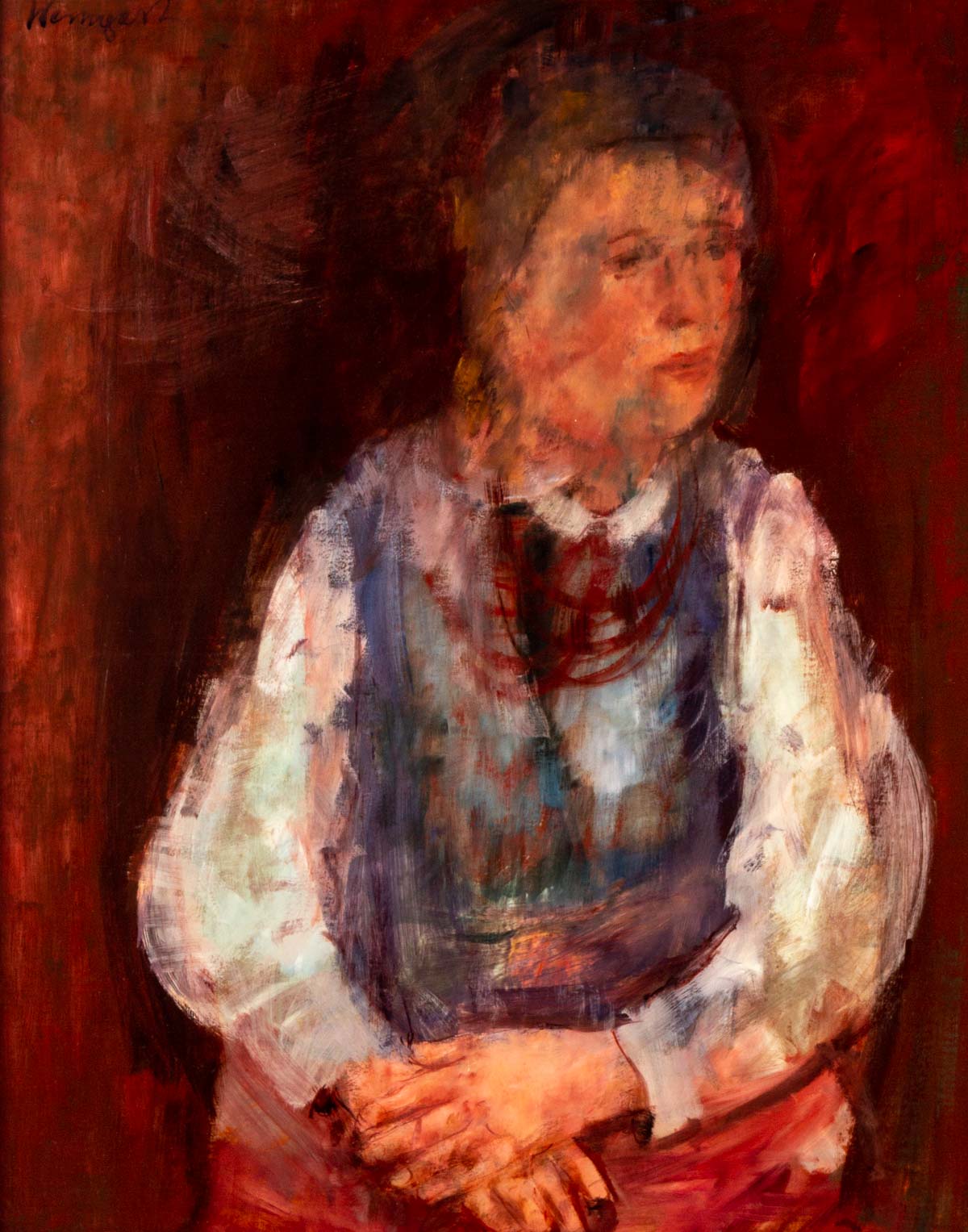 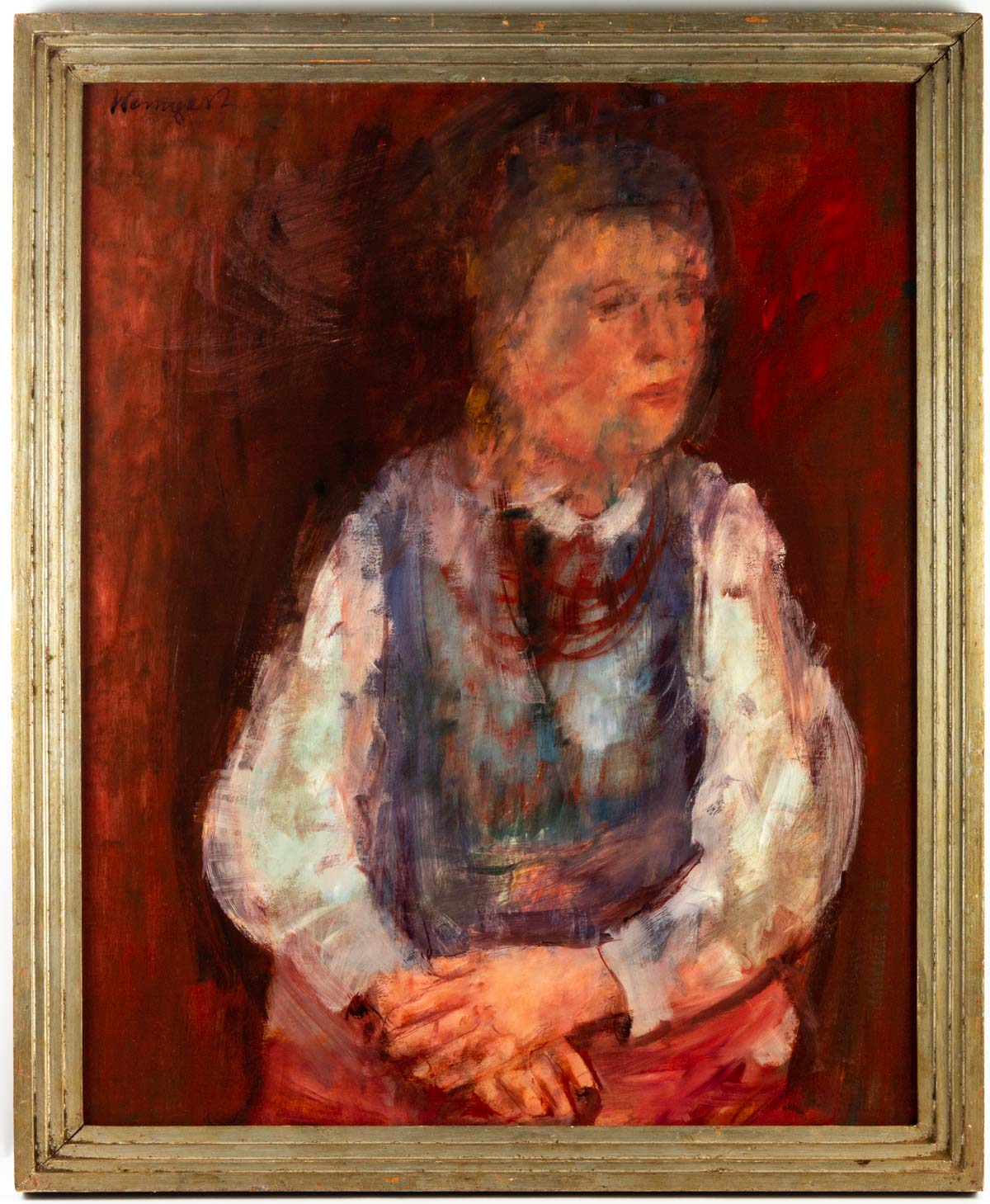 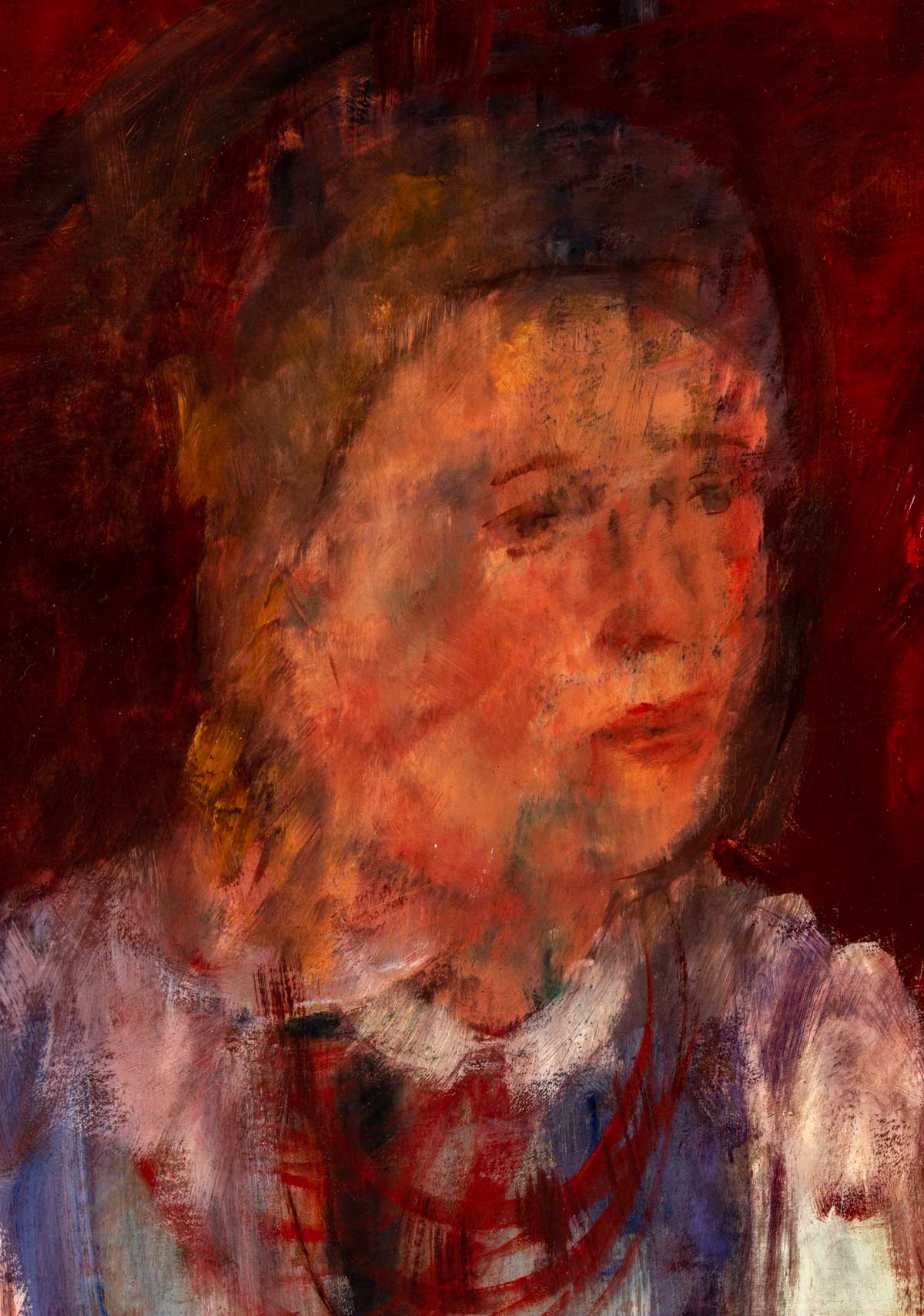 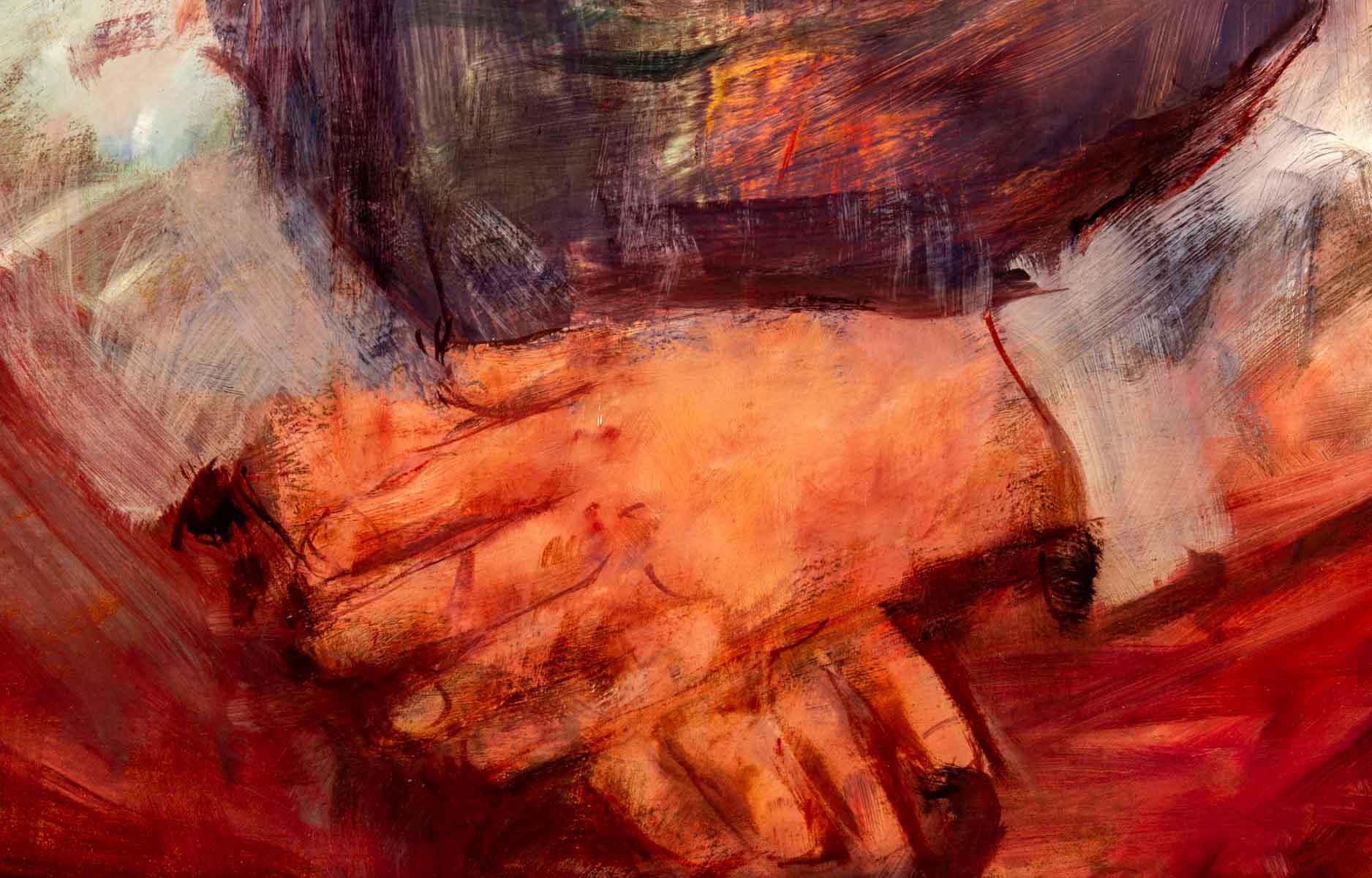 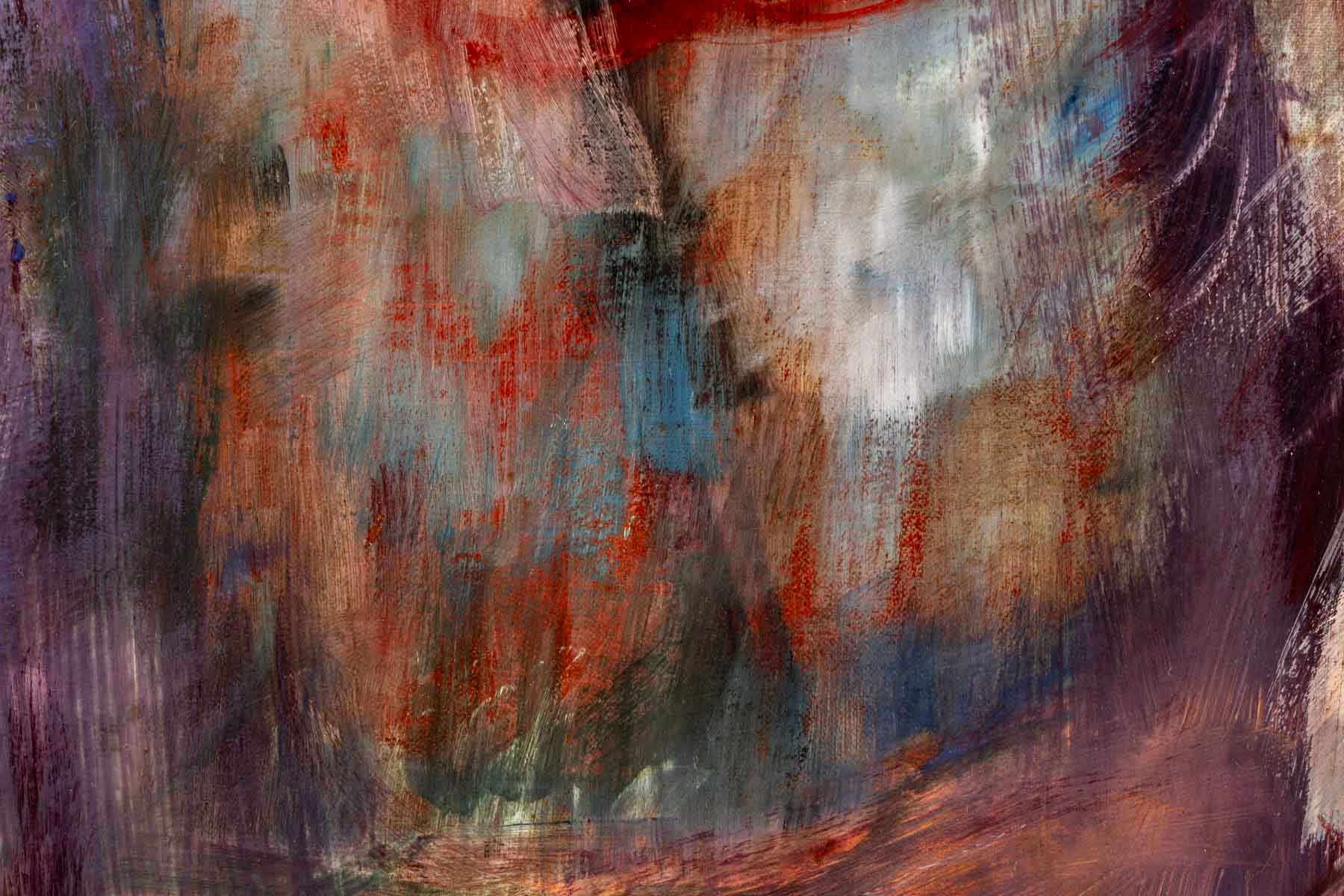 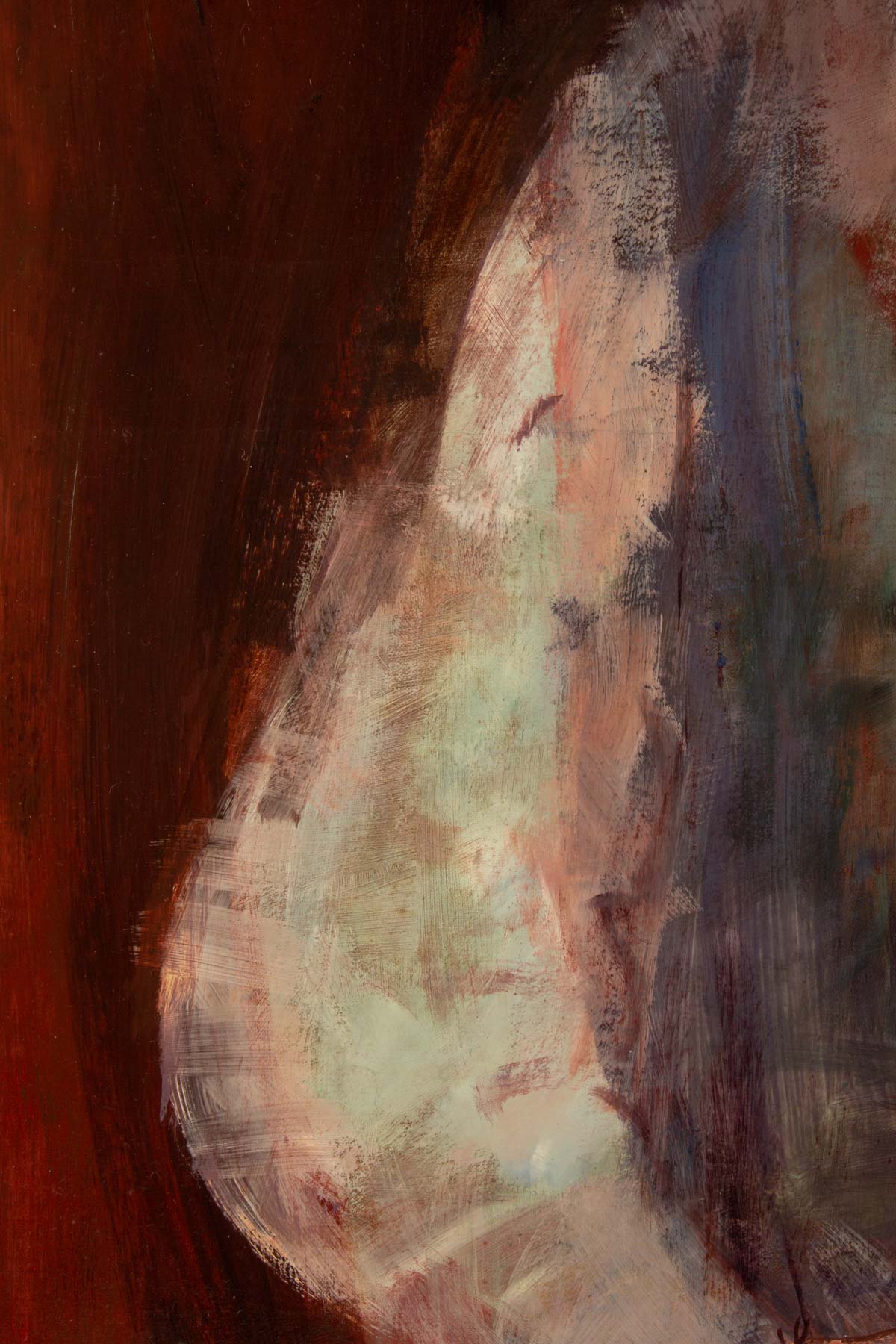 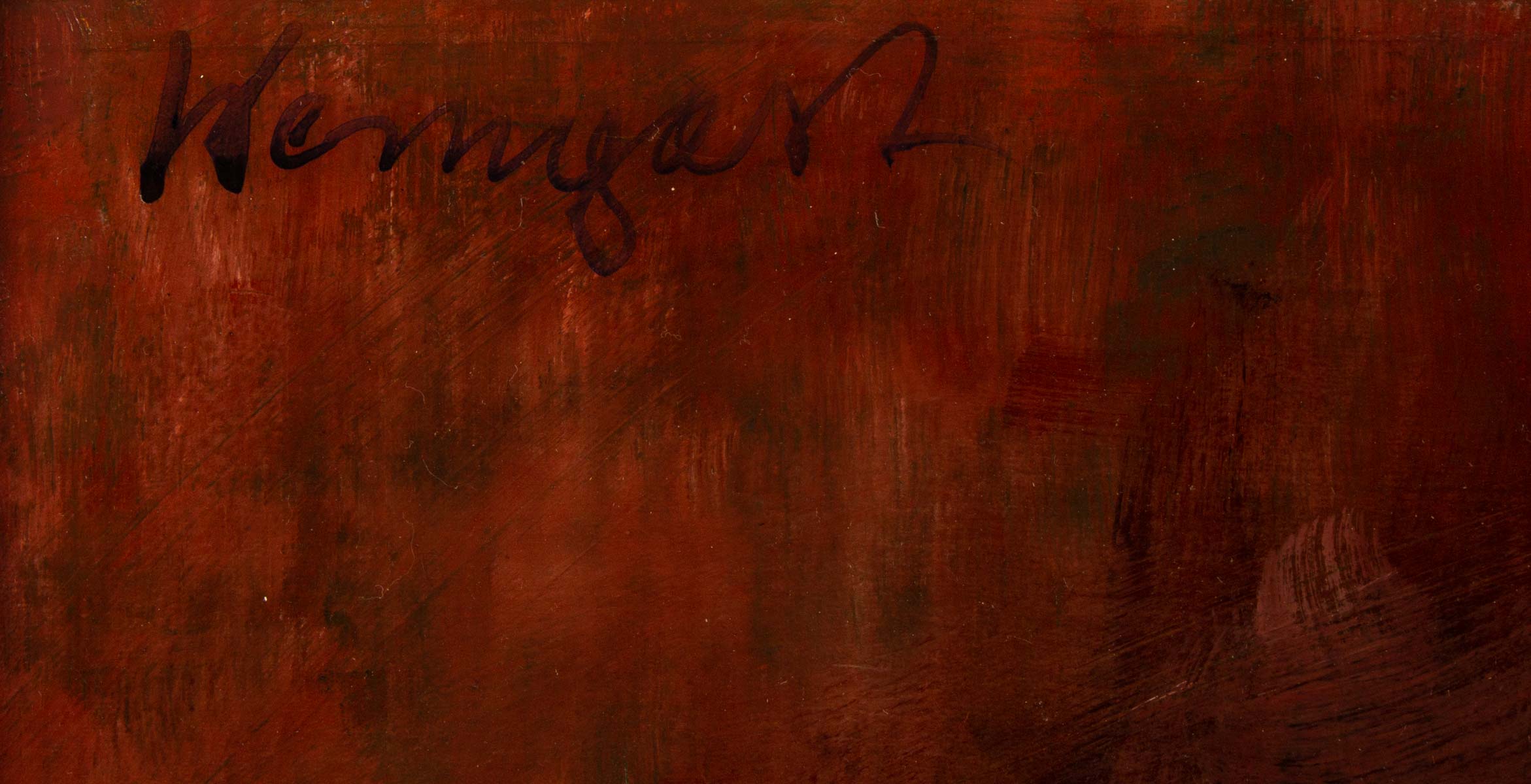 Portrait of a man in a blue vest.

Joachim Weingart gives us here a portrait full of melancholy, very expressive. This portrait of a young man on a red background challenges by its spontaneity of execution.

Dressed in a blue waistcoat, white shirt, red collar and black tie, he stands with his hands crossed in a relaxed, almost casual posture. The color red, symbol of passion, very present on this portrait contrasts with the calm and the softness of the character, the look in the vagueness.

A member of the School of Paris, Weingart was a companion of Chaïm Soutine, and this is reflected in his approach to deforming human beings to better recreate them. The result is an abstract canvas that blurs the boundaries between reality and fiction, between body and mind.

Joachim Weingart left his hometown in 1912 to take drawing lessons in Weimar. He exhibited for the first time in Lviv in 1912, at the School of Arts and Crafts, then in Vienna in 1914, where he attended the Academy of Fine Arts. The industrialist and patron, Carol Kratz discovered Weingart’s talent and decided to support him. Alfred Aberdam and David Seifert will also benefit from the sponsor’s support.

In 1916, Weingart made a first visit to Berlin. After the First World War, he moved to Galicia and exhibited in Lodz. Again in Berlin in 1922, he met Menkés and Alfred Aberdam there in the studio of the sculptor Alexander Archipenko.

In September 1923, a personal exhibition was held at the headquarters of the Society of Friends of Fine Arts in Lvov.

In 1923, according to a letter from Menkès, he joined him in Paris and shared his room for two years at the hotel. he binds with Léon Weissberg and Aberdam already met in Berlin. In 1925, they met to exhibit in Jan Sliwinski’s gallery “The Rite of Spring” at 5 rue du Cherche-Midi. The Galician friends formed the “Group of Four”.

In 1925, Weingart moved into a studio in Montparnasse. He falls in love with a young French woman, the daughter of a doctor, whom he marries despite the opposition of her parents. The dealer René Gimpel took an interest in his painting and Weingart experienced a period of success before sinking into depression after the departure of his wife and son.

In 1930 Gimpel signed a contract with him. In November 1934, Weingart began the charcoal drawings for the portrait of Madame Gimpel. His state of health worsens. Solitary and tragic, he stands aside. He paints tirelessly in his studio. It was there that he was arrested on March 30, 1942 and then interned in the Pithiviers camp.

On July 17, 1942 he was deported. Convoy No. 6. Murdered in Auschwitz. His brother will commit suicide the same year.