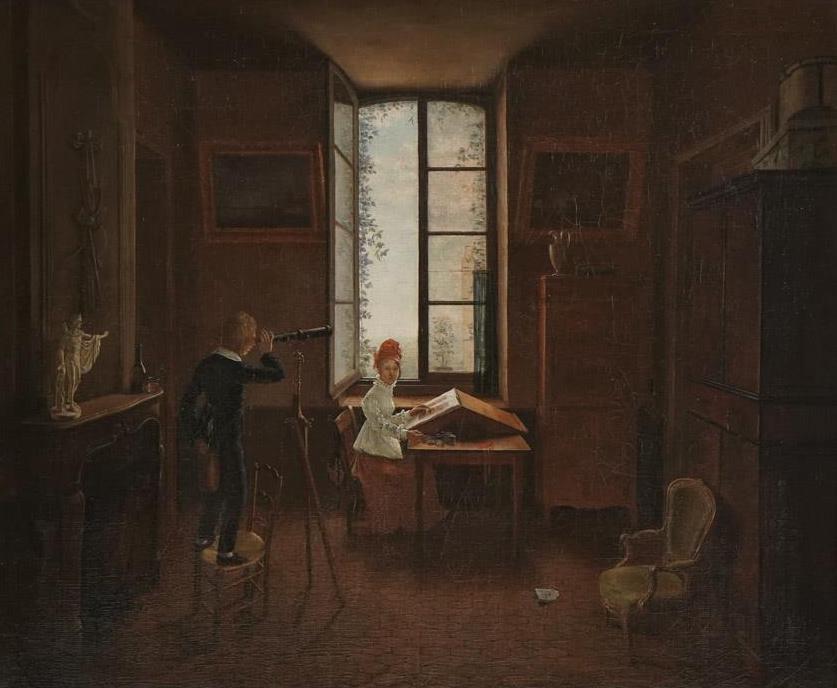 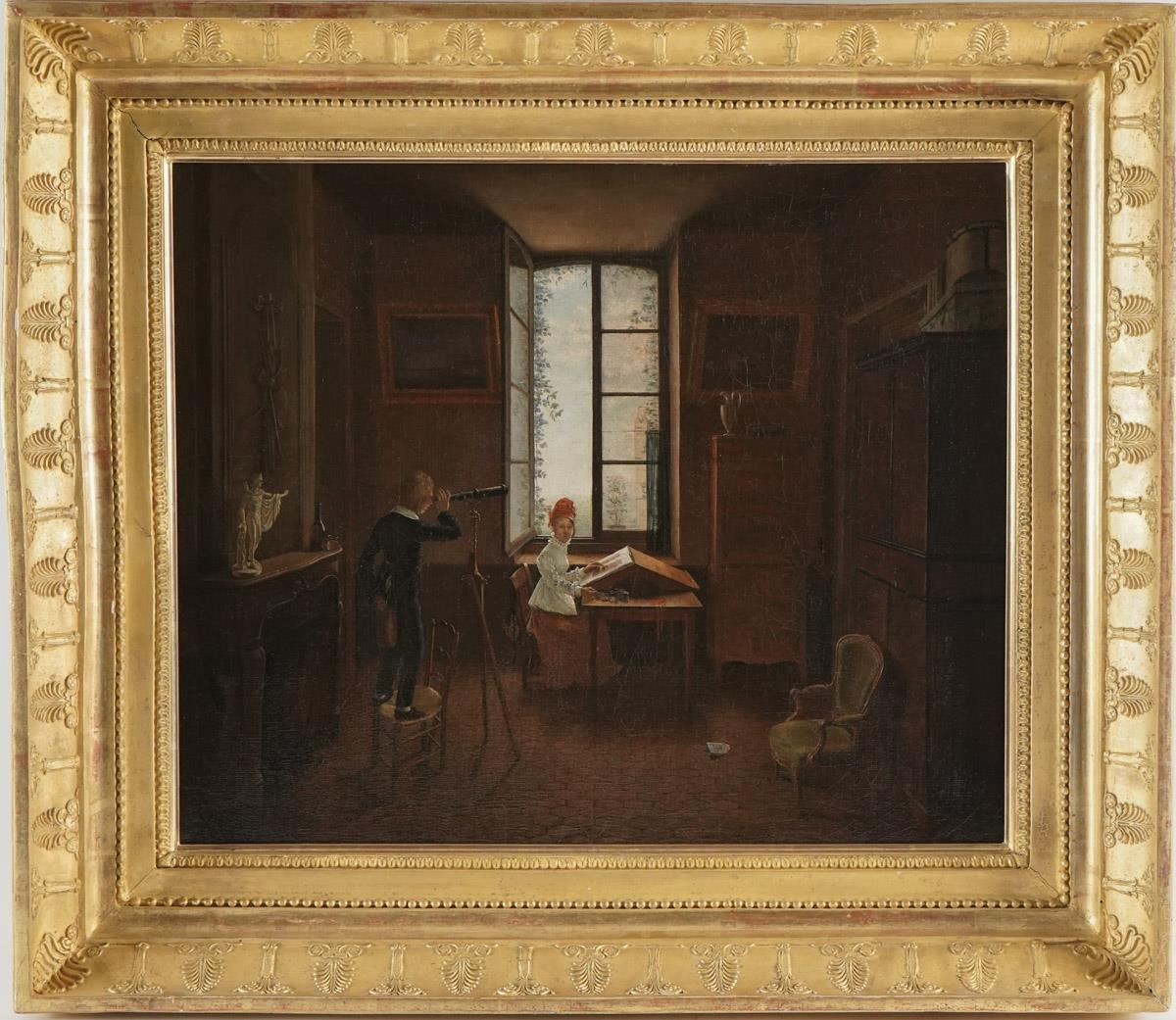 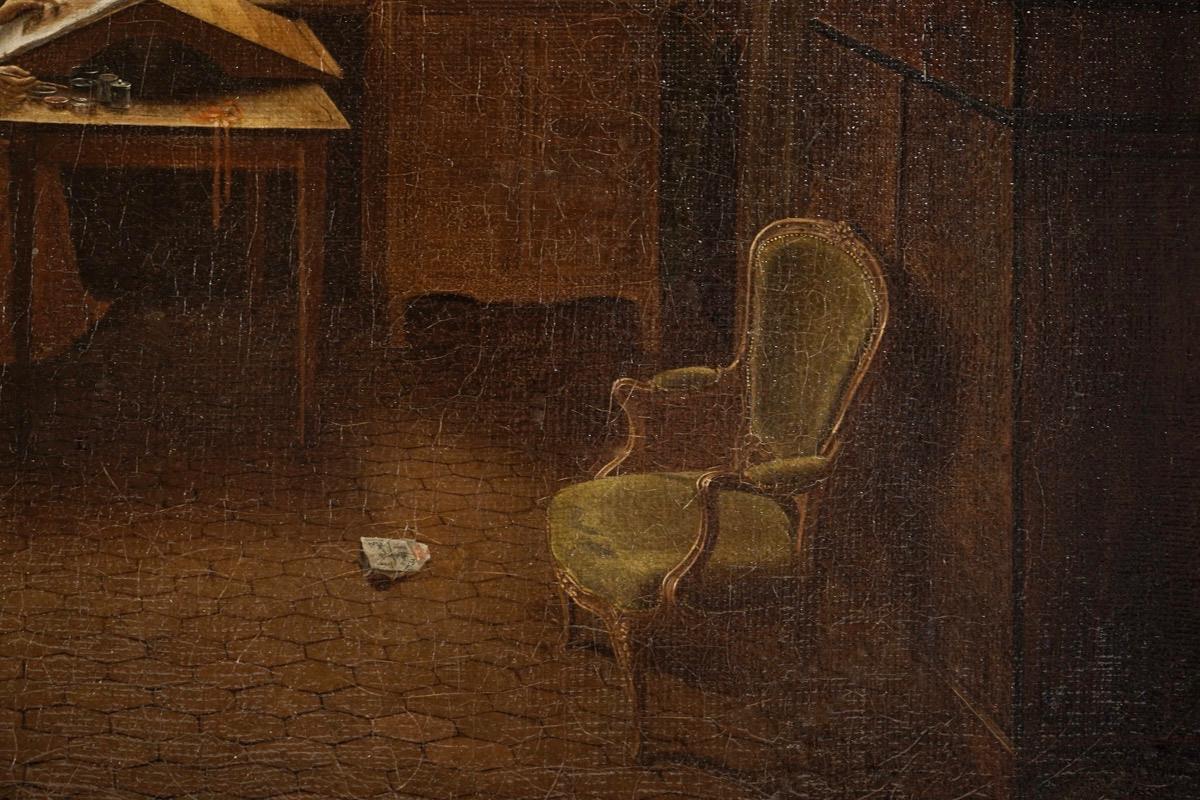 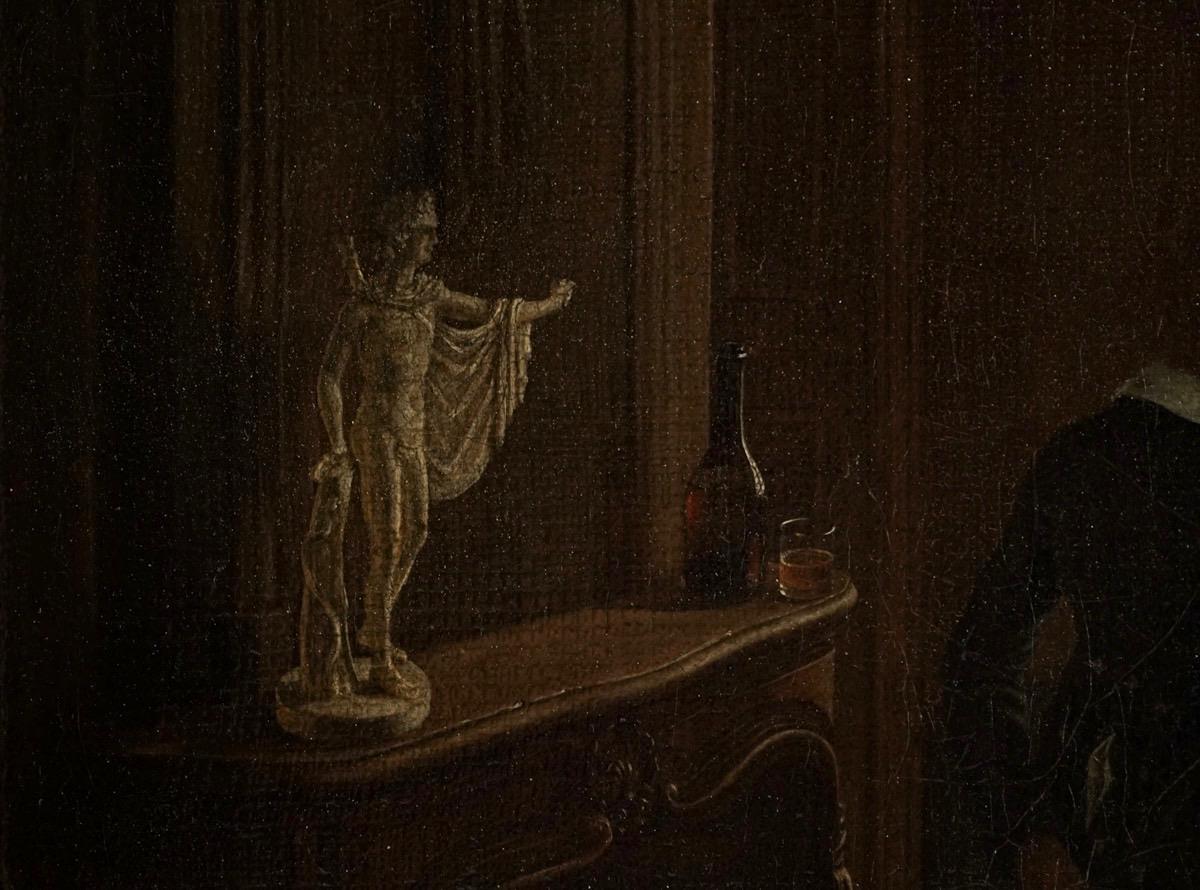 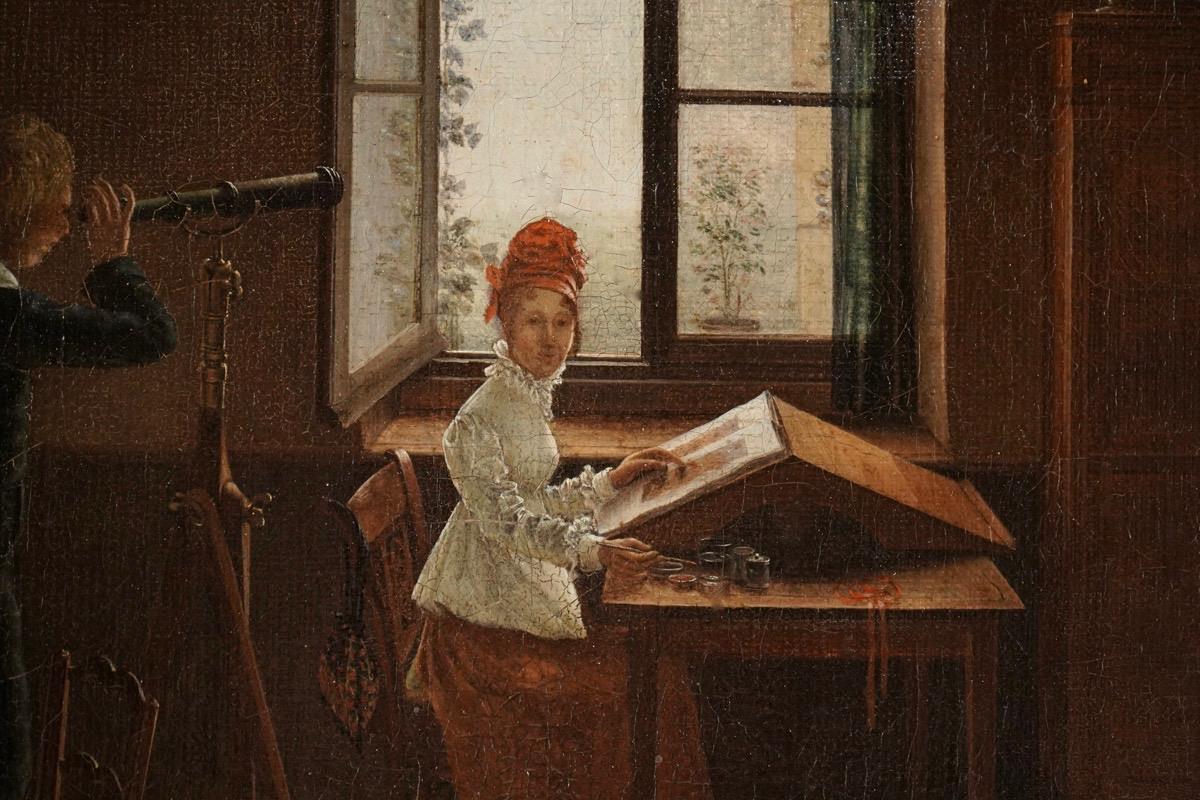 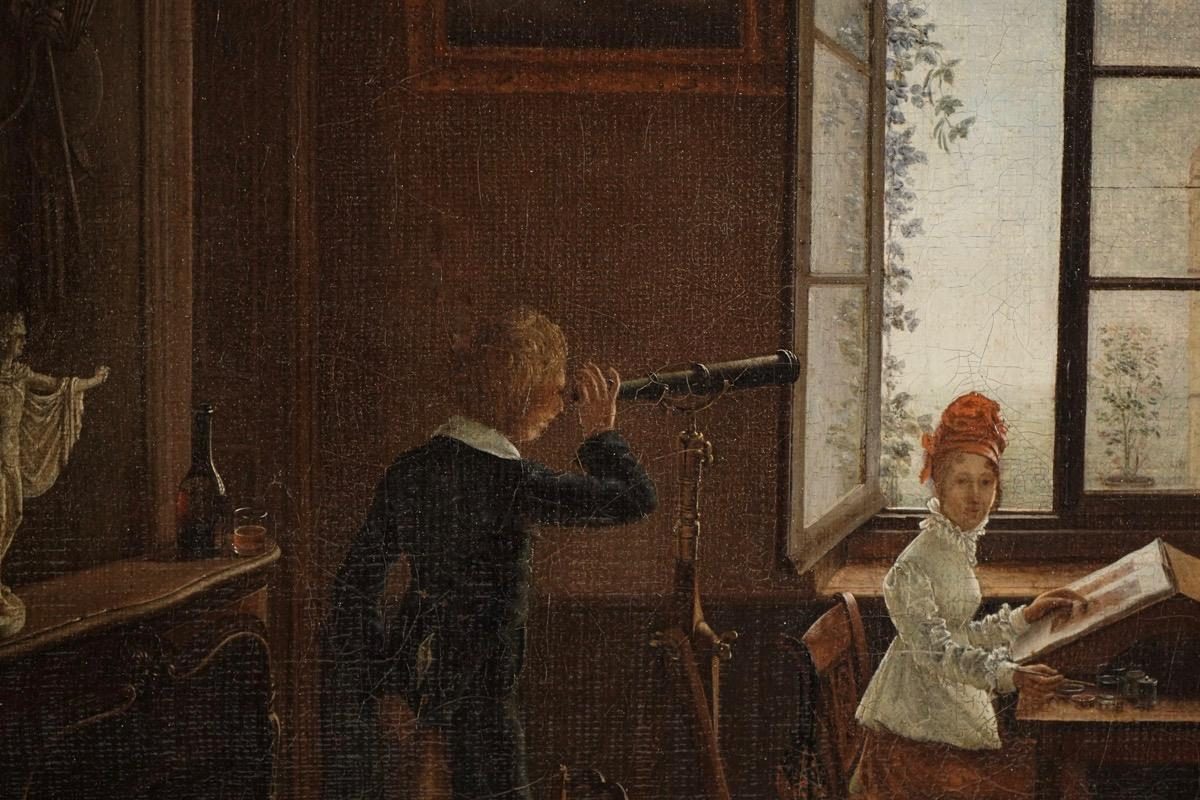 Oil on canvas
Signed and situated “Behaeghel, Paris”
(written upside down on a note fallen on the ground at the bottom right of the board)
Size: 44 x 53cm
With frame: 63 x 72 cm

He was called to direct the Academy of Lectoure (Gers) in 1822. The painter painted, among other things, the portrait of Charles X and that of the German poet and theoretician Friedrich von Schiller. He lends himself to the exercise of the self-portrait in a few etchings.

The scene takes place in a bourgeois interior in Paris. The room is arranged according to a sensitivity to beautiful objects. Furniture of the taste of the time and works of art come together and harmonize the symmetrical composition: a sculpture (quotation from the Apollo of the Belvedere) rests on the edge of the fireplace, a vase sits on a secretary, two paintings suspended in height flank the window. The attention to detail evokes the meticulousness of Dutch painting.

Two figures punctuate the whole. The first is seated at her desk, the second is mounted on a chair. The young girl gets down to watercolors, the boy, balancing on a chair, looks outward through a telescope.

She raises her head and looks at us, as if a relative or a servant had entered the room and diverted her from her work – as if the young girl, a figure painted on a painting, was realizing her fictional nature. As a spectator of the simulacrum of painting, she observes the amateur spectator and invites him to enter into the work.

The window structures the work and gives it its meaning: it is as much the sign of the separation between the interior space and the exterior space, as that of the opening towards a landscape inaccessible to the eye of the spectator.

The boy becomes the interpreter of his gaze: turned towards the outside, he offers us to see what we do not see. In the spirit of Friedrich’s romanticism, the painter paints the window to build the void that leaves room for our imagination.