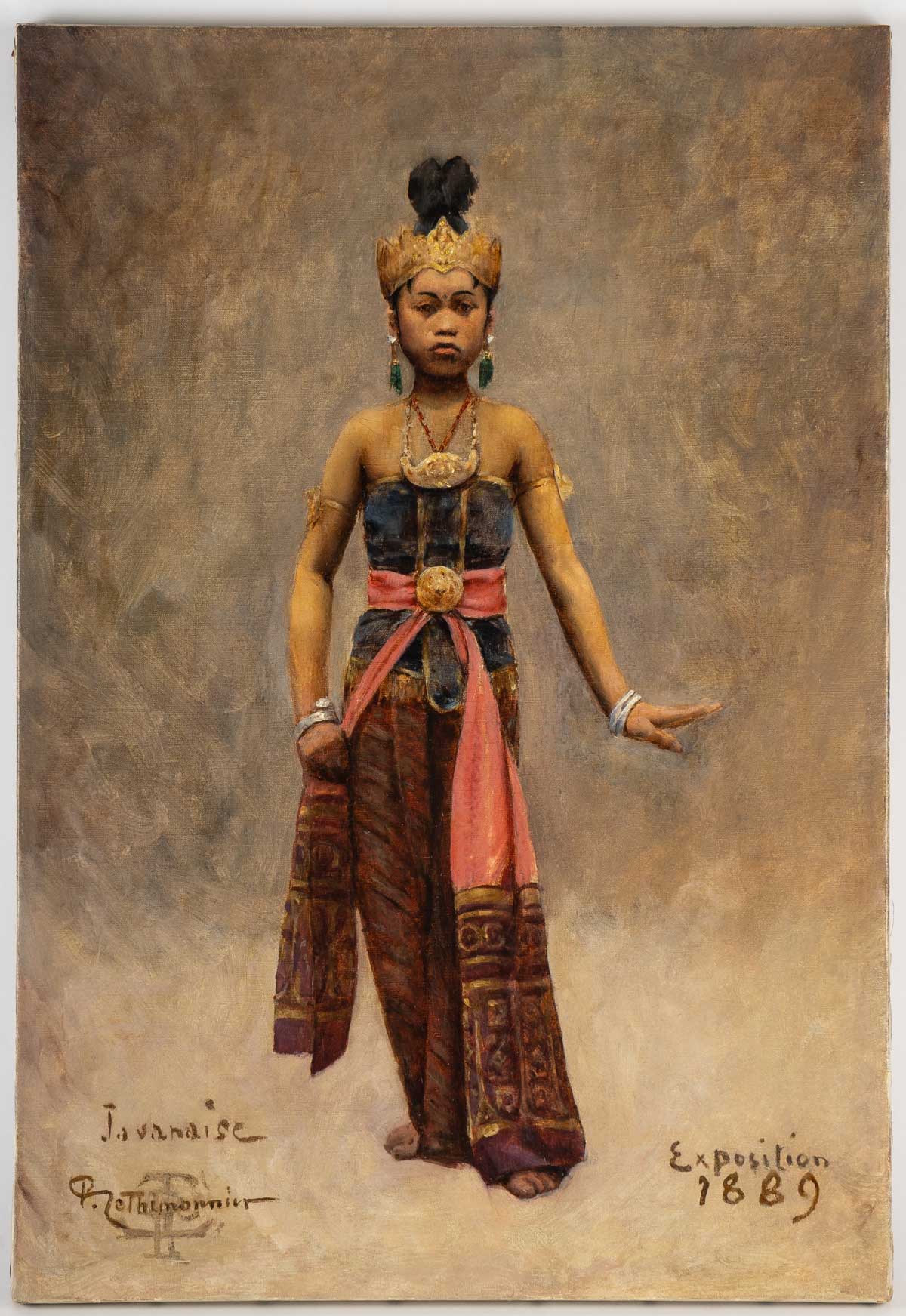 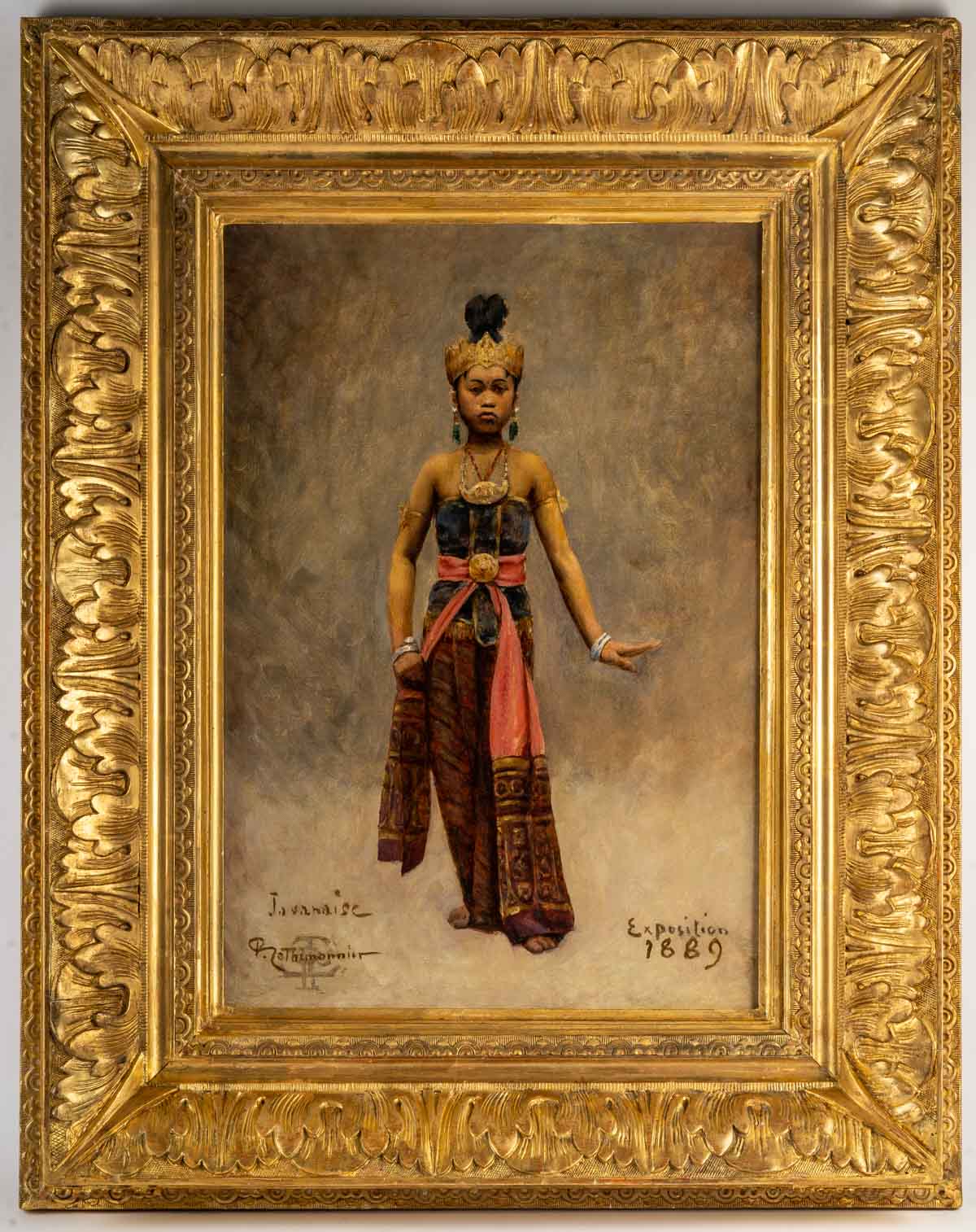 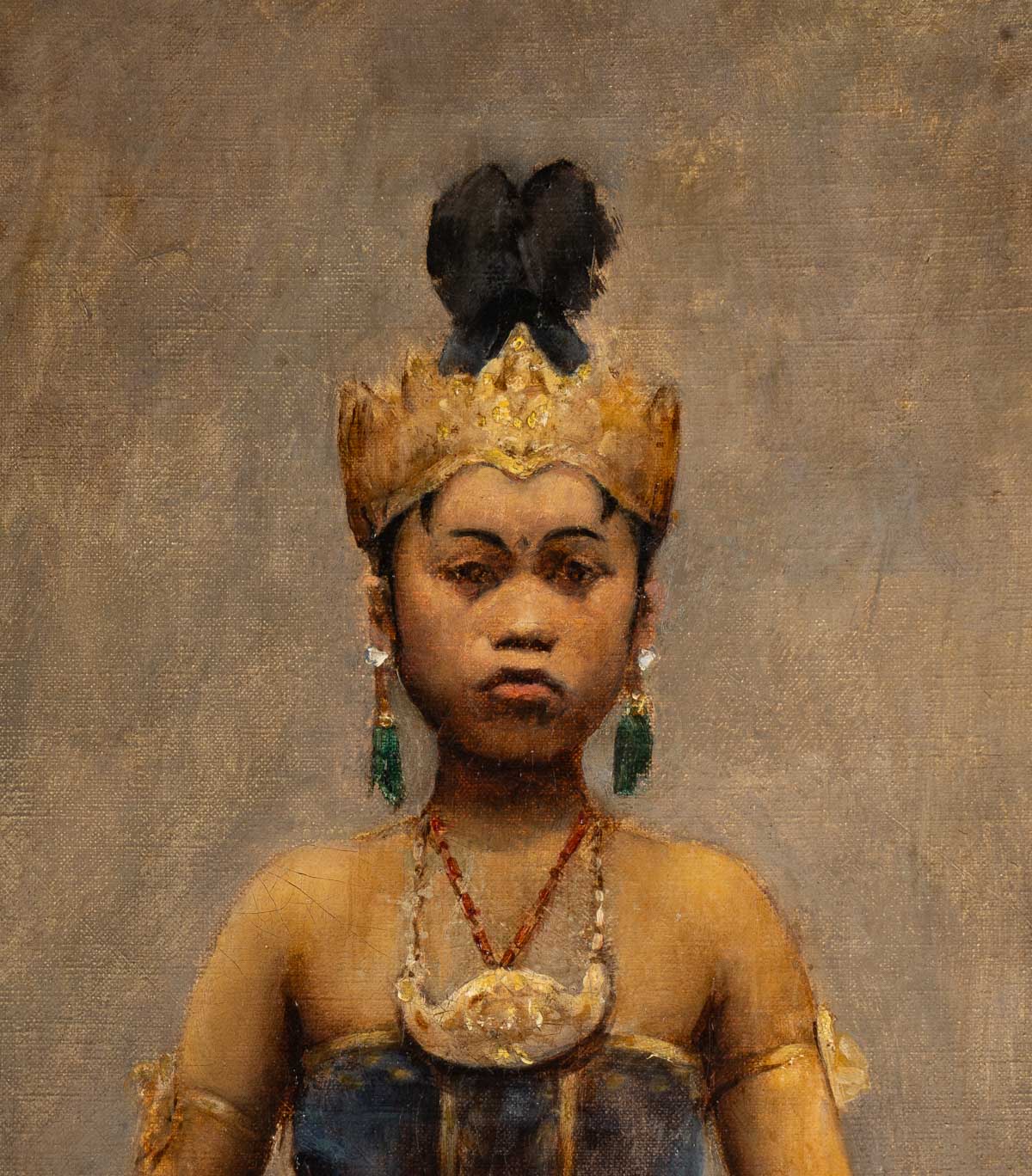 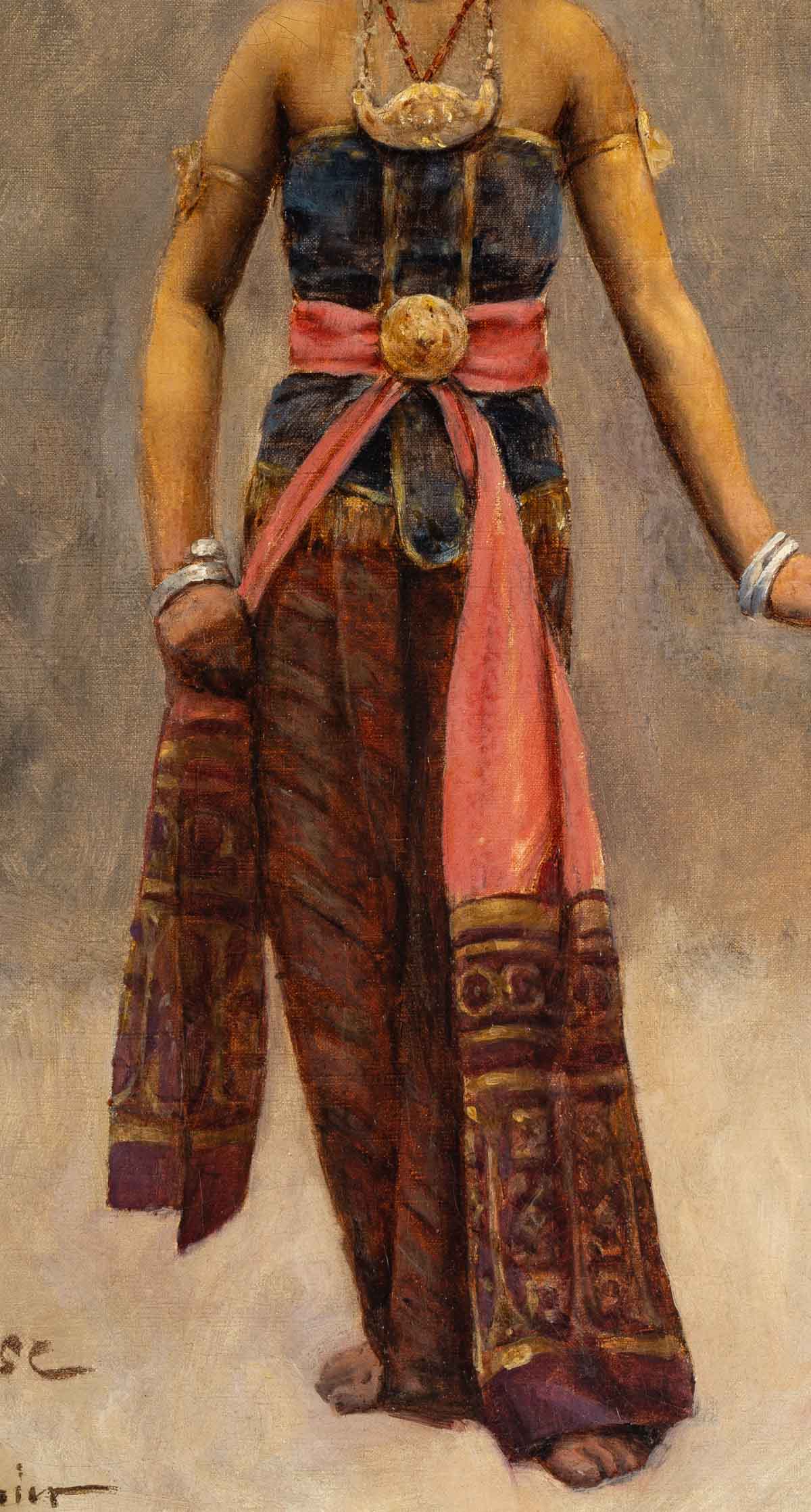 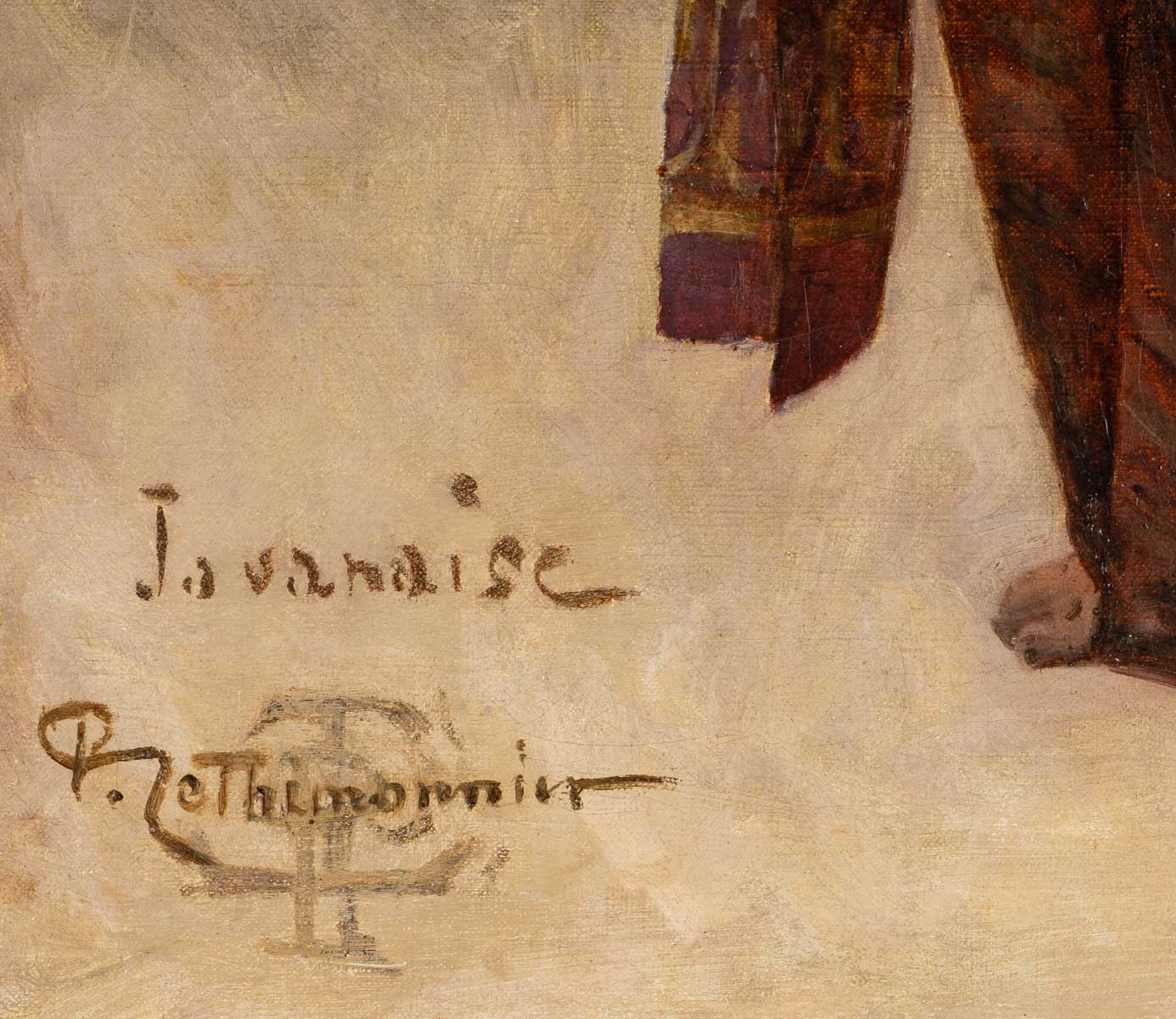 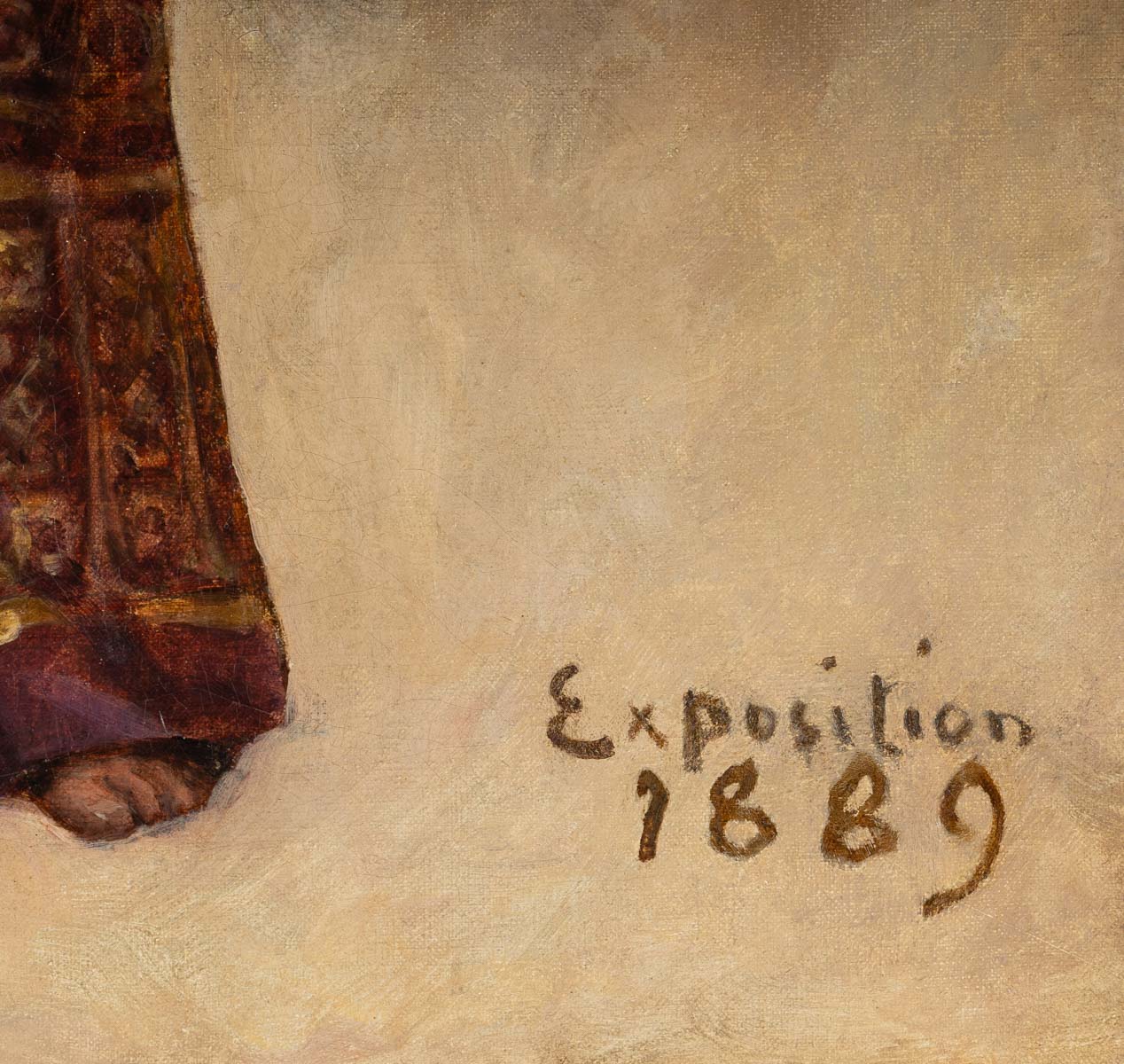 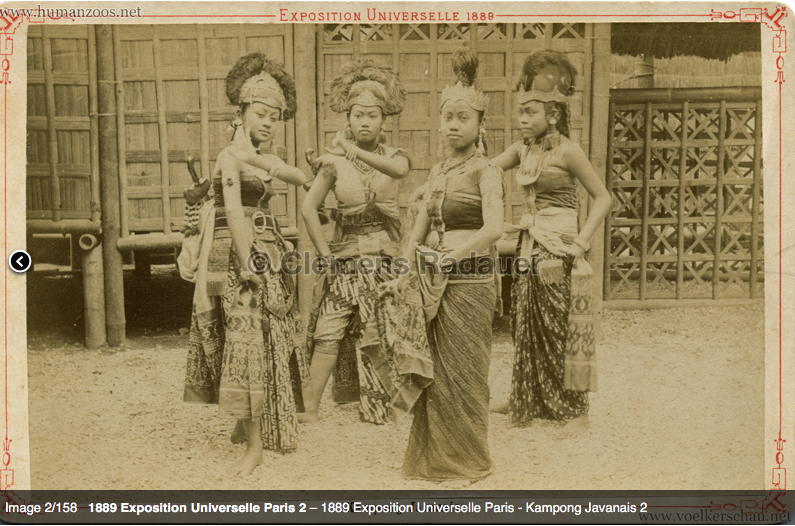 Paul Le Thimonnier paints the portrait of one of the four dancers sent by Prince Mangkunegara V, from the Royal Palace of Solo, during the Universal Exhibition of 1889 in Paris.

The 1889 Exposition, a major event celebrating the centenary of the French Revolution, was marked by the birth of the most emblematic structure that would become the world symbol of technology: the Eiffel Tower. It is also distinguished by the installation of a Javanese village in the heart of Paris by Dutch settlers.

A “Javanese Kampong”, an authentic traditional Javanese village adorned with trees and bamboo houses on stilts, was born between Trocadéro and Les Invalides. Sixty-five Indonesian villagers, mainly tea or coffee growers on Dutch plantations, reside there. They play the angklung, an instrument made of bamboo tubes, cook traditional dishes and make colorful batiks with delicate patterns.

The strongest attraction of the Exhibition are the Javanese dances and the traditional music of the gamelans. Those who move all of Paris are the four young dancers aged 12 to 16: Wakiem, Taminah, Sariem and her sister Soekia.

The beauty of their movements, the grace of their hands, the charm of their faces, the patterns of their fabrics and the delicacy of their jewelry overwhelm visitors. They will be a source of inspiration for many writers, poets, journalists, painters, sculptors, architects, choreographers and musicians.

Orientalists, Impressionists and Symbolists marveled at this incarnation of a fantasized elsewhere. Proust and Mallarmé, Gauguin and Mucha, Rodin and Degas, Pissarro and Seurat and above all Debussy and Ravel were bewitched by the incredible noises of the gamelans which, through their influence, opened the doors to modern music.

Painter of portraits and genre scenes, Paul Le Thimonnier was active in Asnières. He was a member and participated in the Salons of French Artists from 1889.