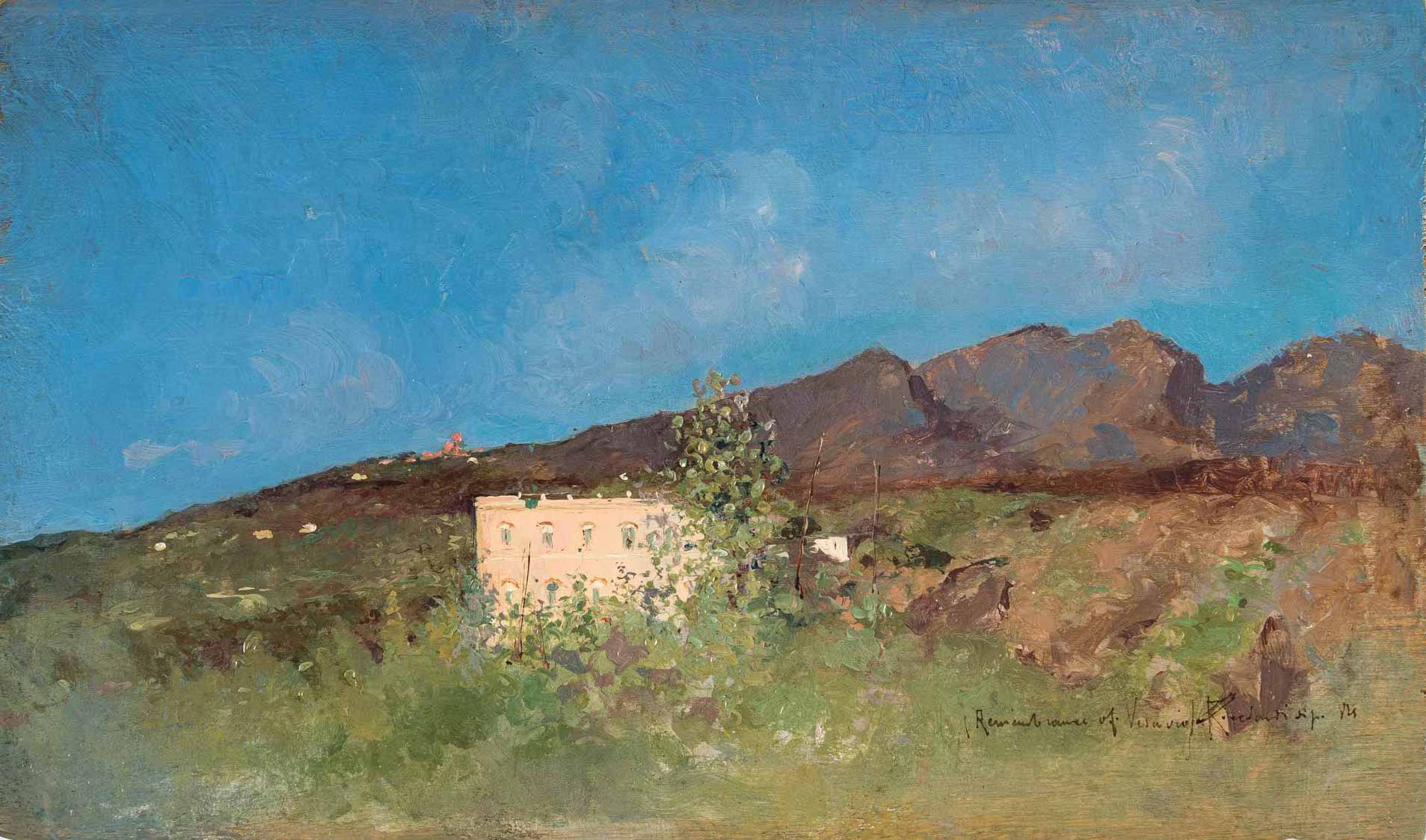 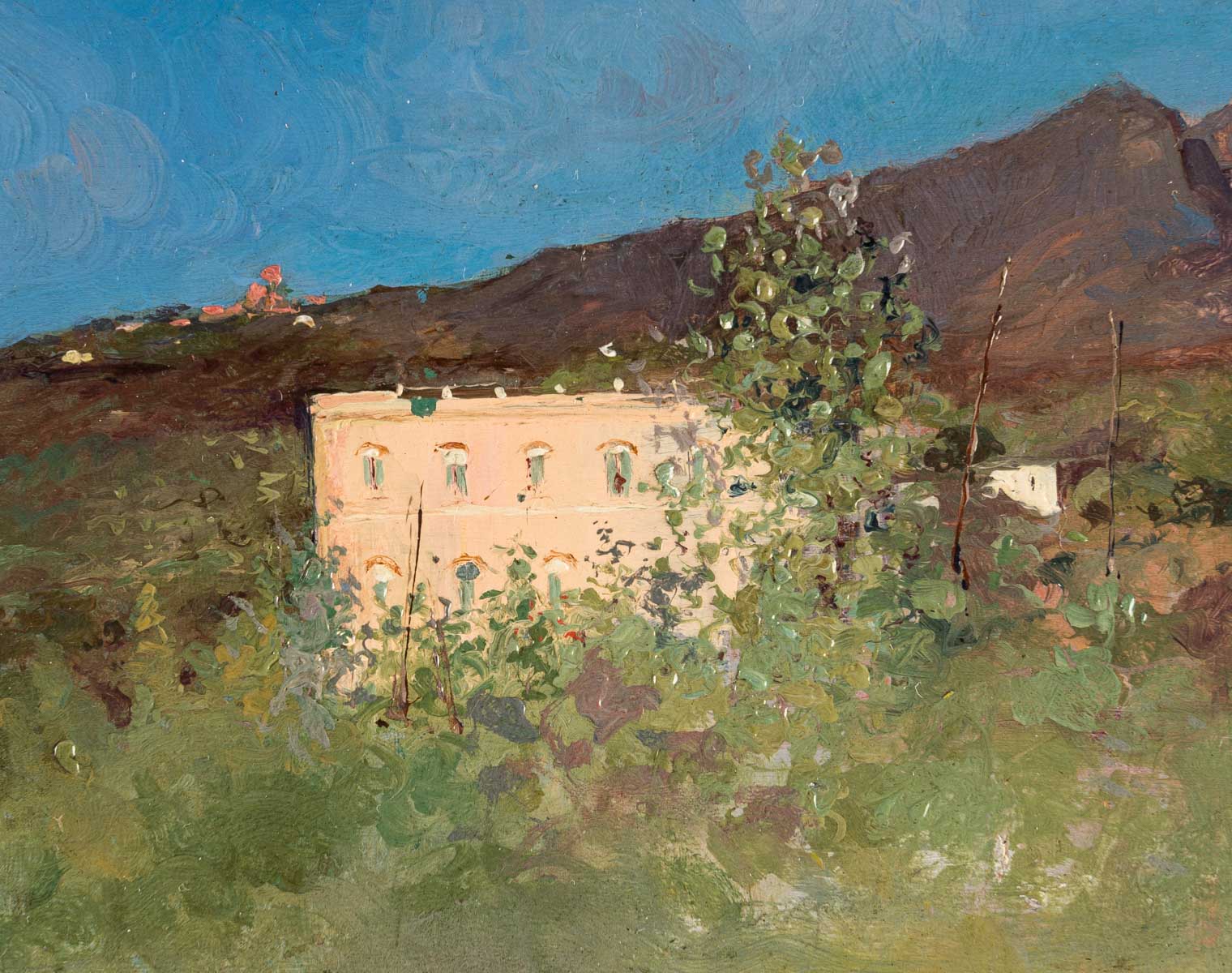 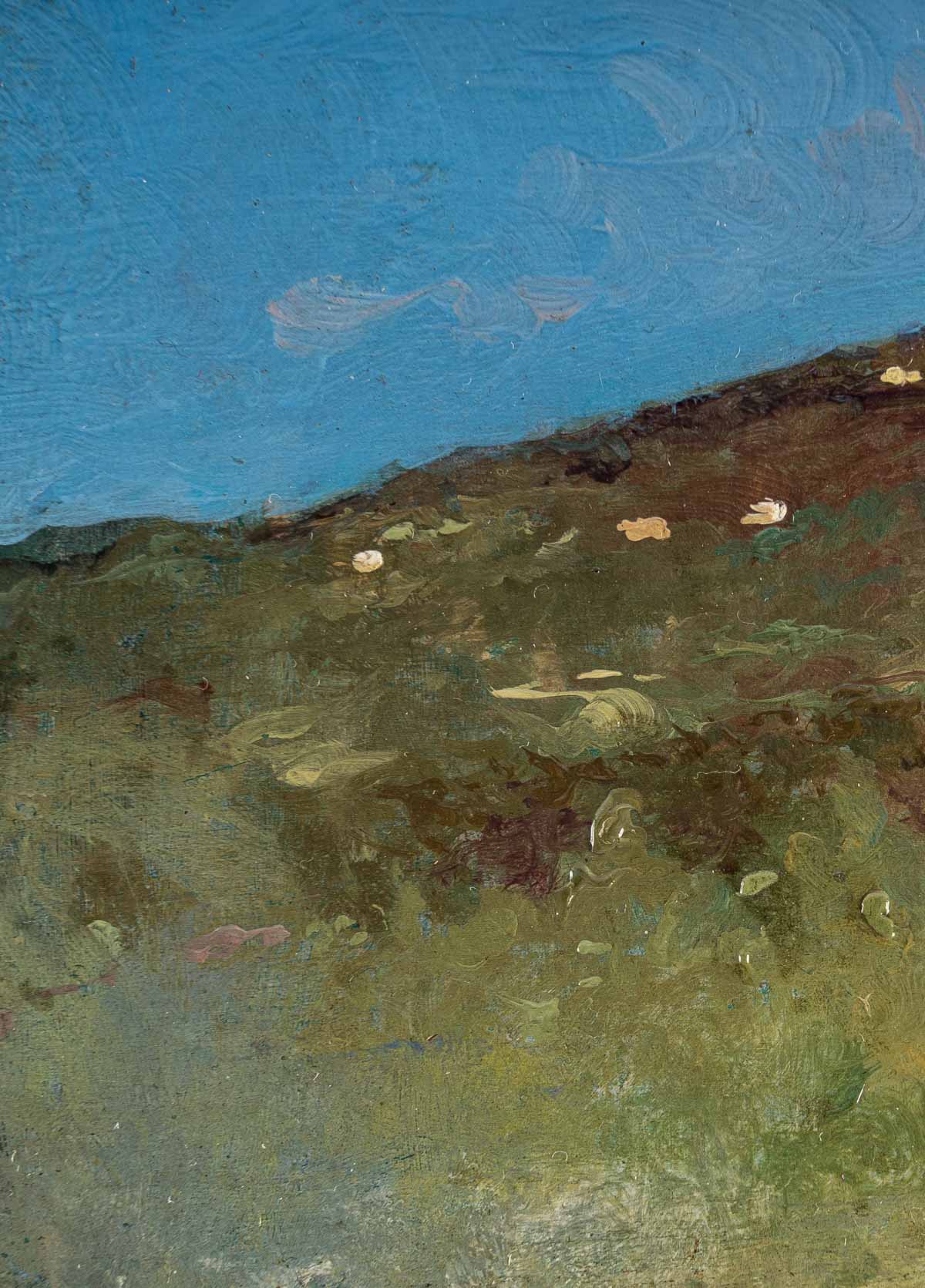 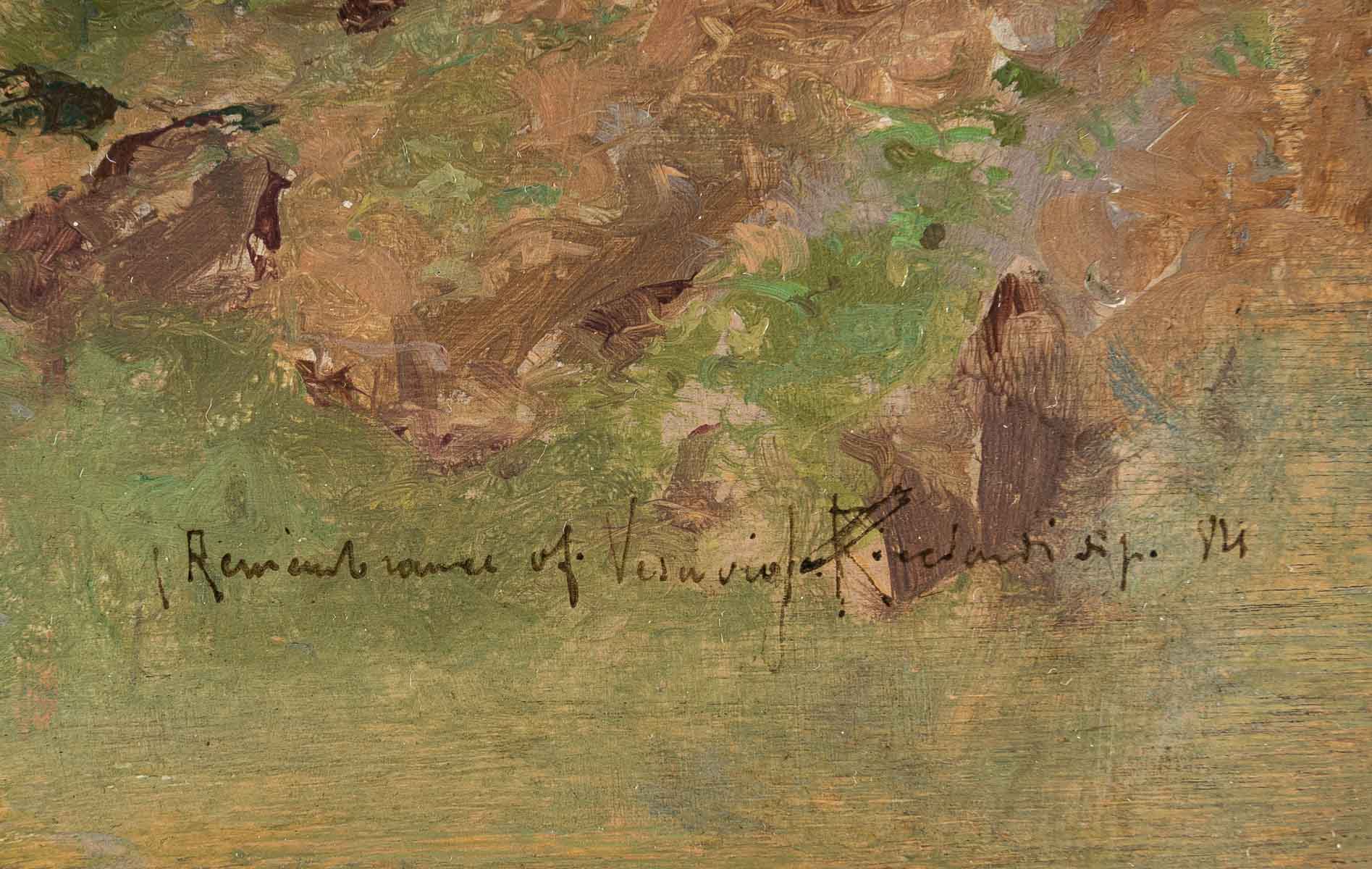 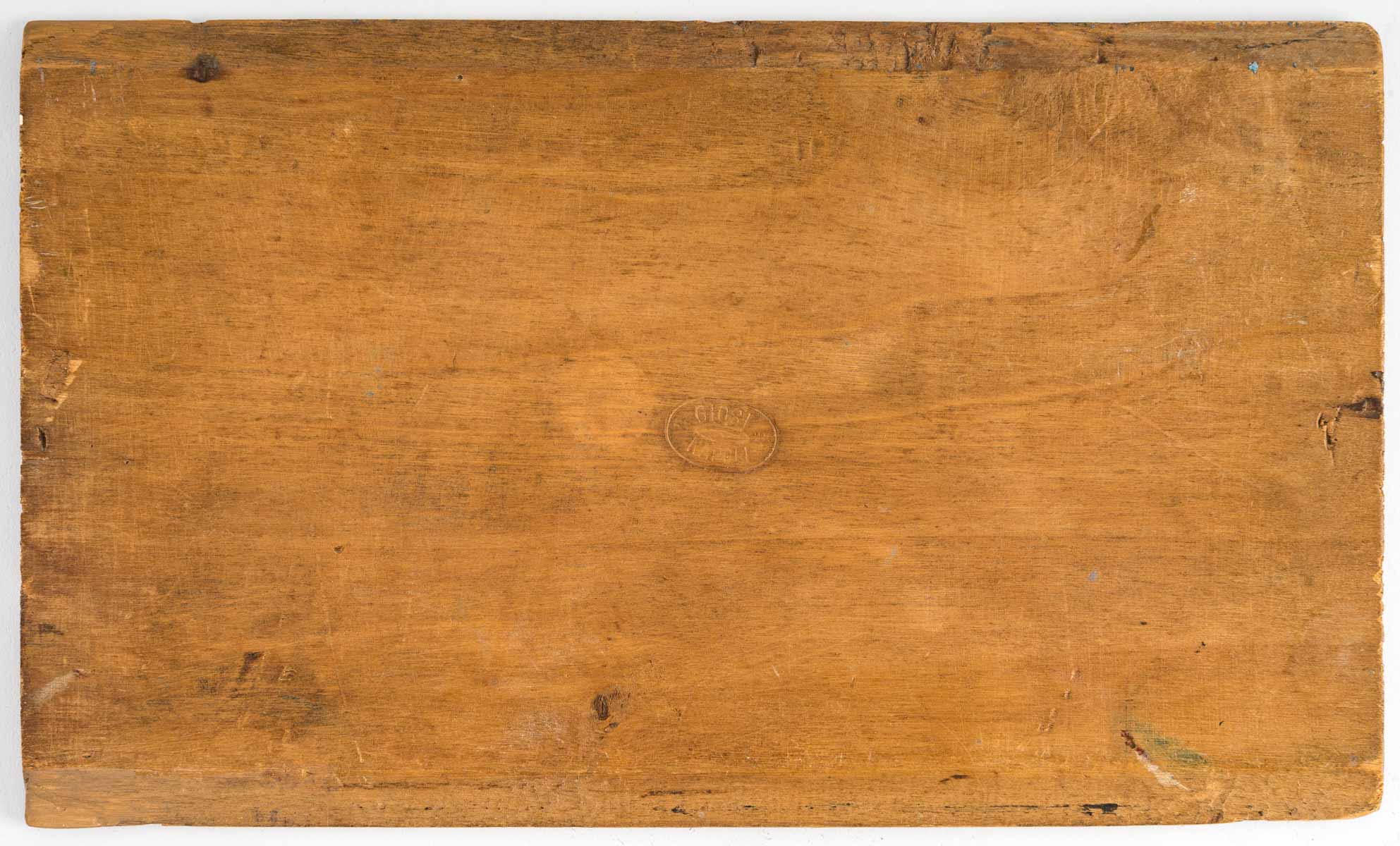 View of an aristocratic villa on the slopes of Vesuvius , dated 1884

Oscar Riccardi gives us here a view of the countryside of Vesuvius. The sunny facade of a villa emerges from the coast of the volcano; a task of light towards which our gaze converges. The scene is painted with spontaneity and great delicacy. The painter sketches the landscape with a light touch, a few impastos highlighting the vegetation around the villa.

It is probably a former luxurious residence of the Neapolitan nobility. In 1738, King Charles III built a royal residence on the slopes of Vesuvius, seduced by the landscape and the proximity to the ruins of Herculaneum and Pompeii. In his suite, the nobles and his court built their own villa.

Oscar Riccardi began his studies with the painter Bernardo Celentano and was also influenced by the style of Domenico Morelli. The painter dabbled in genre scenes in the early years of his career, then turned to painting coastal landscapes and seascapes. He frequently exhibited in Naples and sold his works nationally and internationally.

• Ricciardi appears in the Catalogo dell Arte Italiana dell Ottocento by Giorgio Mondadori and in the Dictionary of Painters, Sculptors, Draftsmen and Engravers by Benezit.