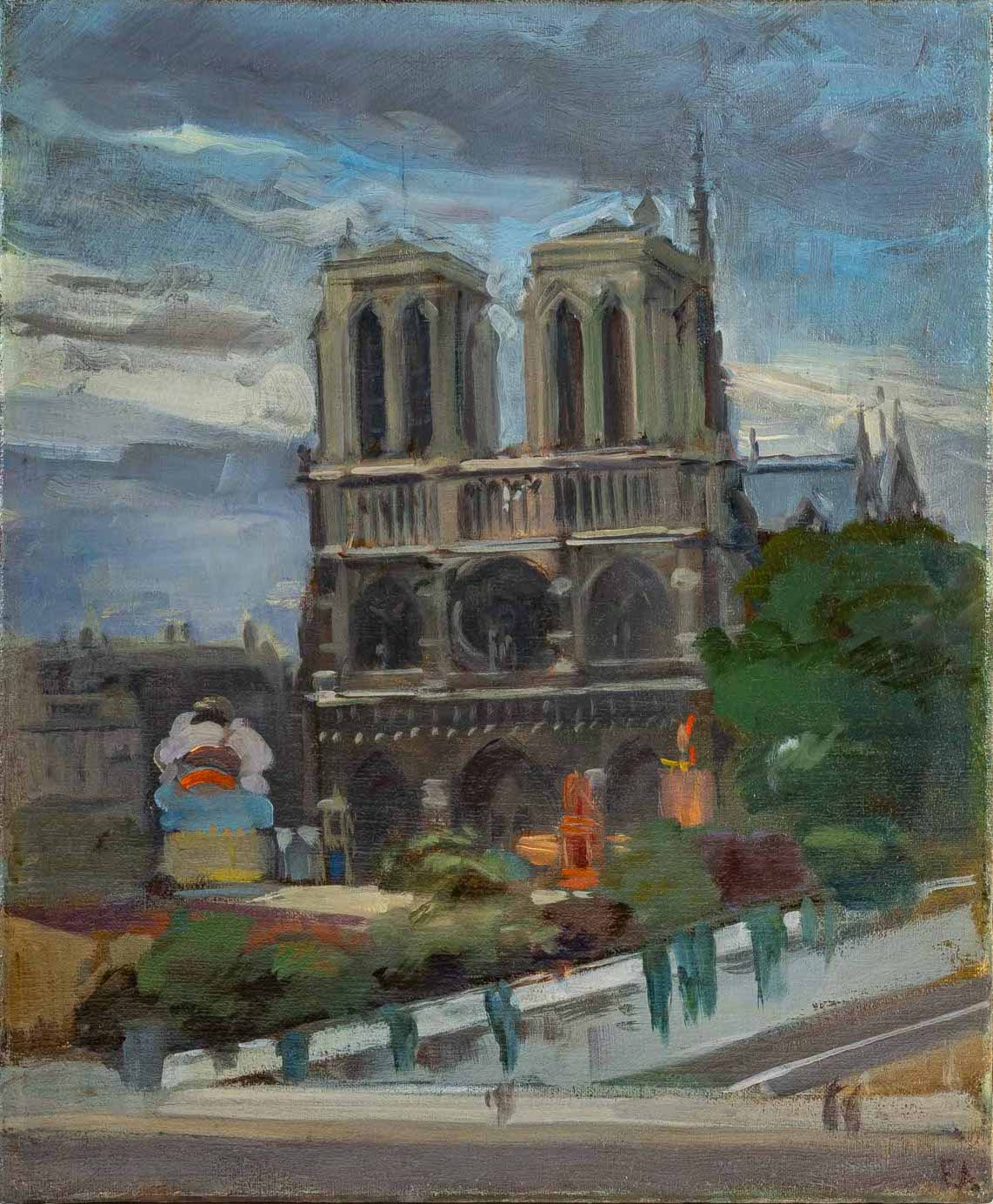 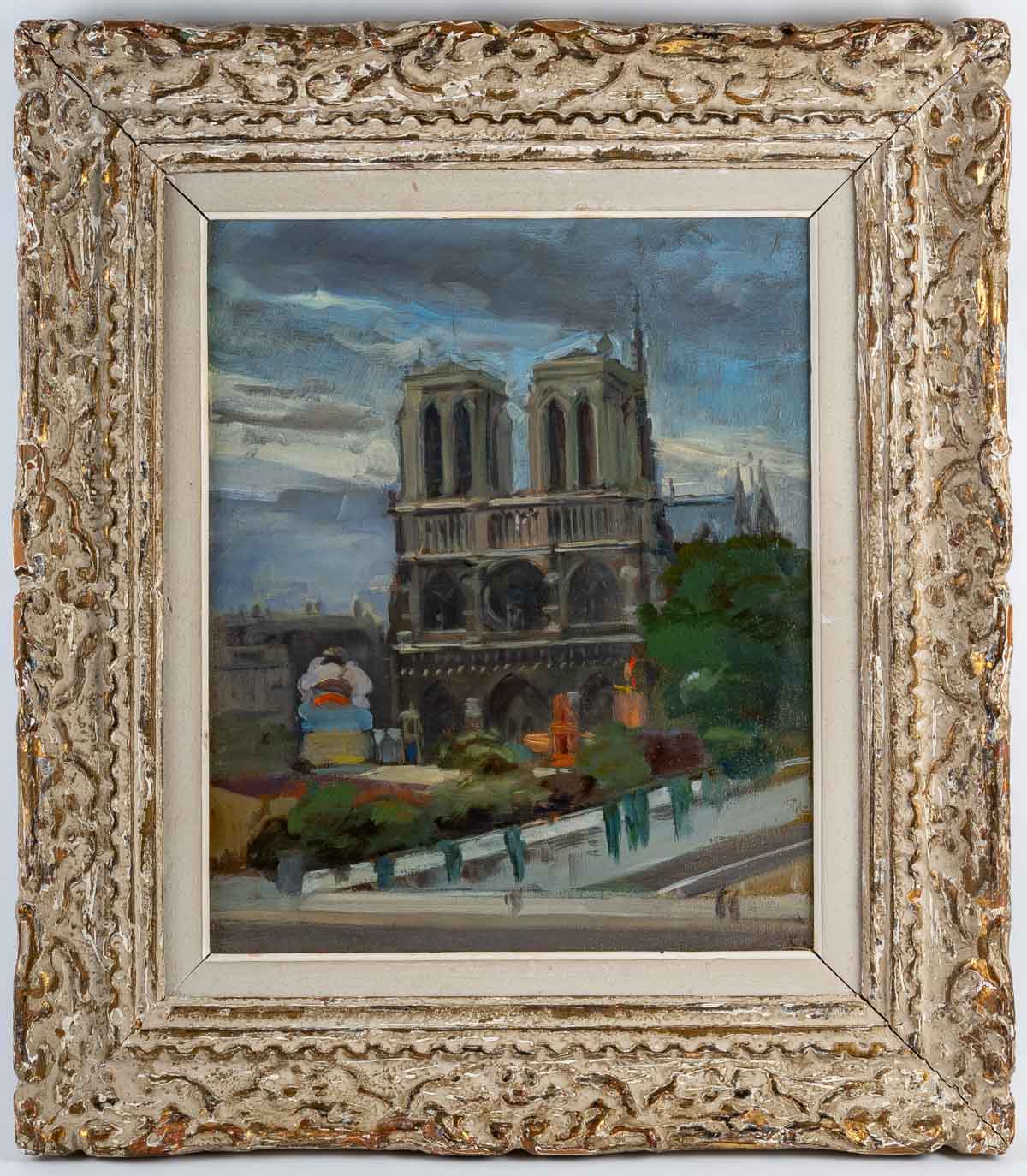 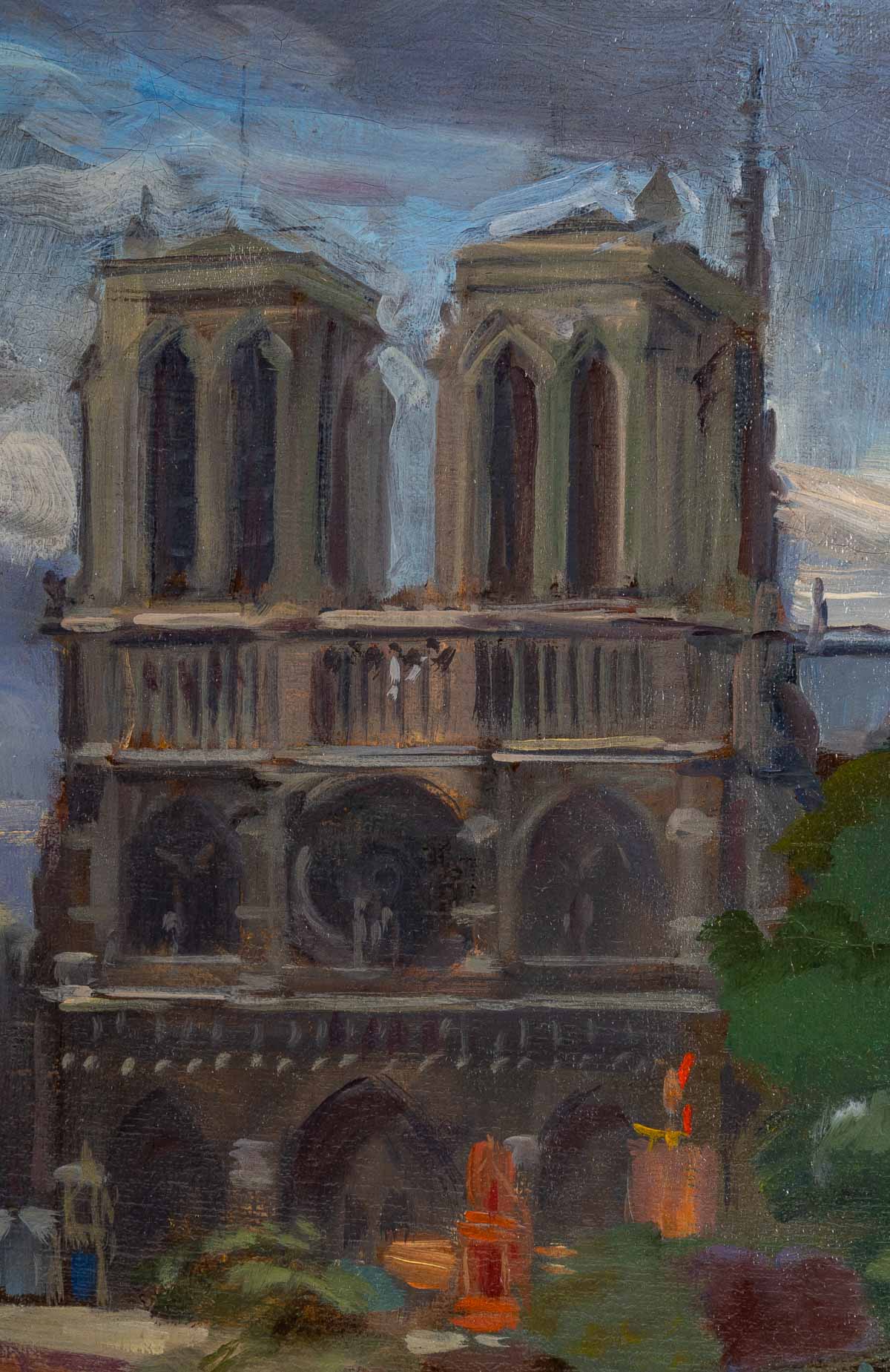 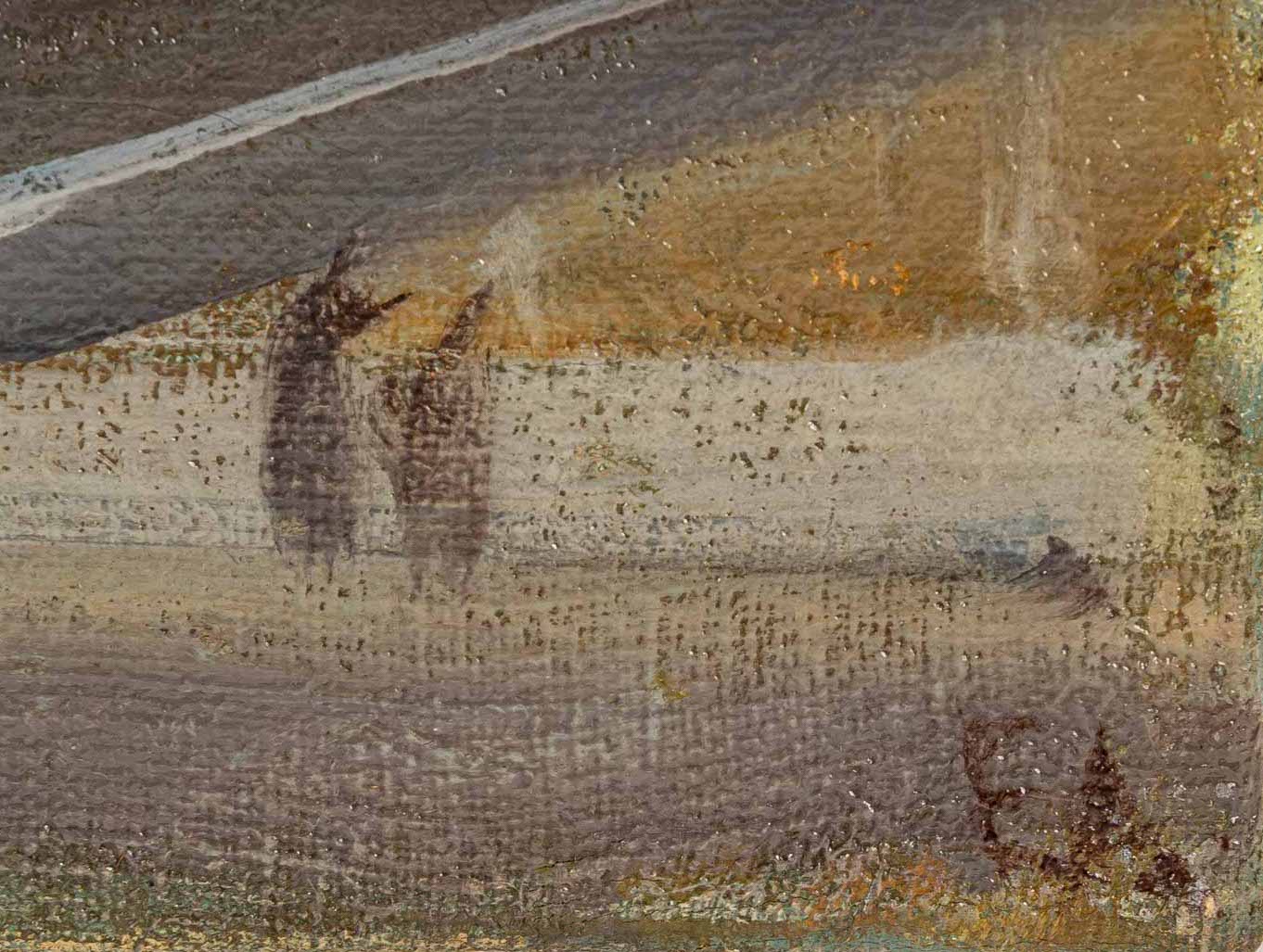 JL Flandrin painted this canvas seen from his studio located at 19 Quai Saint Michel in Paris. This close friend of Matisse, Marquet and companion of Jacqueline Marval immortalizes Paris and its city center with accuracy, lyricism, in search of the right light. The touch is personnal, JL Flandrin paints with great restraint as if he wanted to accompany the spectator in his discovery of the place. Some characters are slightly evoked on the bridge, barely perceptible to the eye. Notre Dame, iconic monument, national symbol occupies the center of the composition. The muted colors are enhanced by a few brighter touches of orange, green and blue.

He was a pupil of Gustave Moreau in the famous “Fauve” promotion with at his side: Marquet, Rouault and Matisse. Painter of landscapes, intimate scenes and still lifes; his free expression allows him to approach different genres with ease. He is influenced by the richness and variety of currents in modern painting: from the Post Impressionists with Signac, to the Nabi (his friends Maurice Denis, Bonnard, Sérruzier, etc.) to switch to Fauvism with Marquet and Matisse, his friends. Companion of Jacqueline Marval, he gave her a taste for painting.

From 1897, Jules Léon Flandrin’s paintings were accepted at the Salon du Champs de Mars and in 1898, he became one of the youngest members of the Société Nationale des Beaux-Arts. He discovered the Russian ballets when they arrived in Paris in 1909 with Nijinsky, Pavlova, Karsavina.

He participated in several international exhibitions: in 1910 in London (Stafford Gallery with the Neo-Impressionists, in 1913 in Interlaken, Berlin and Munich. Appointed a member of the Salon d’Automne in 1911, he carried out various commissions for the State. In 1912, he received the Legion of Honor as a civilian. After the death of his wife Henriette Deloras during the Second World War in 1941, Jules L. Flandrin also died in Corenc in 1947.