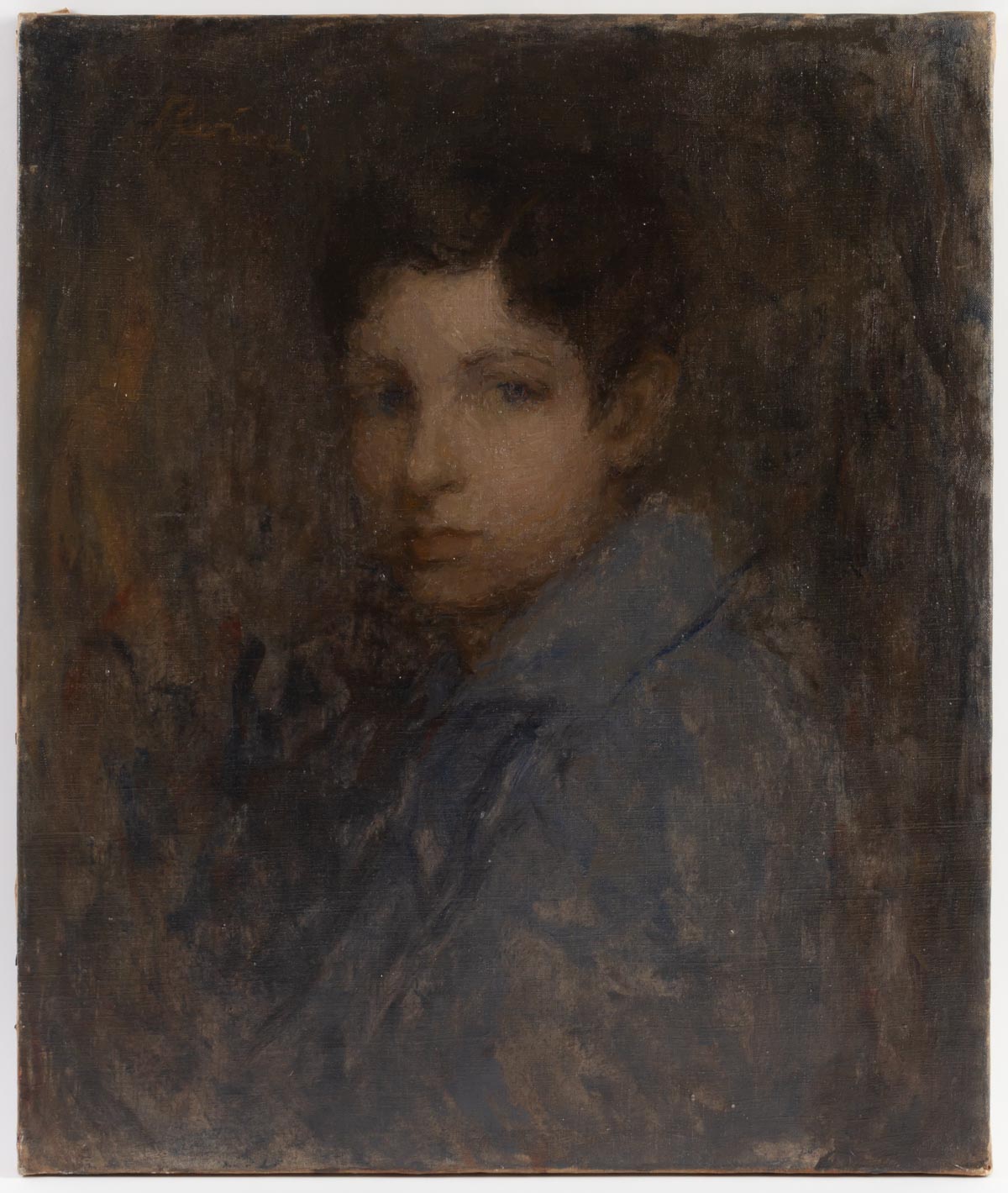 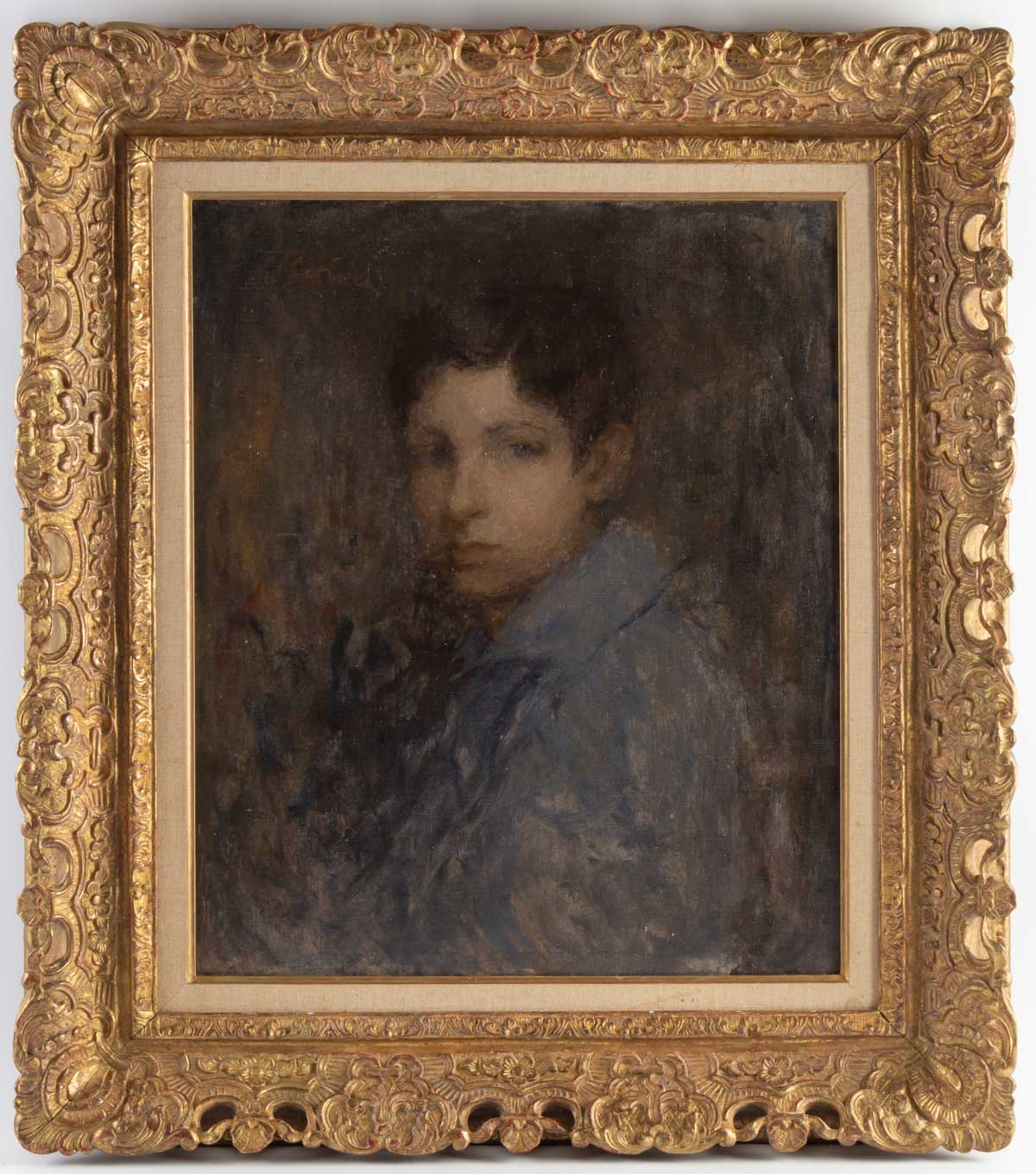 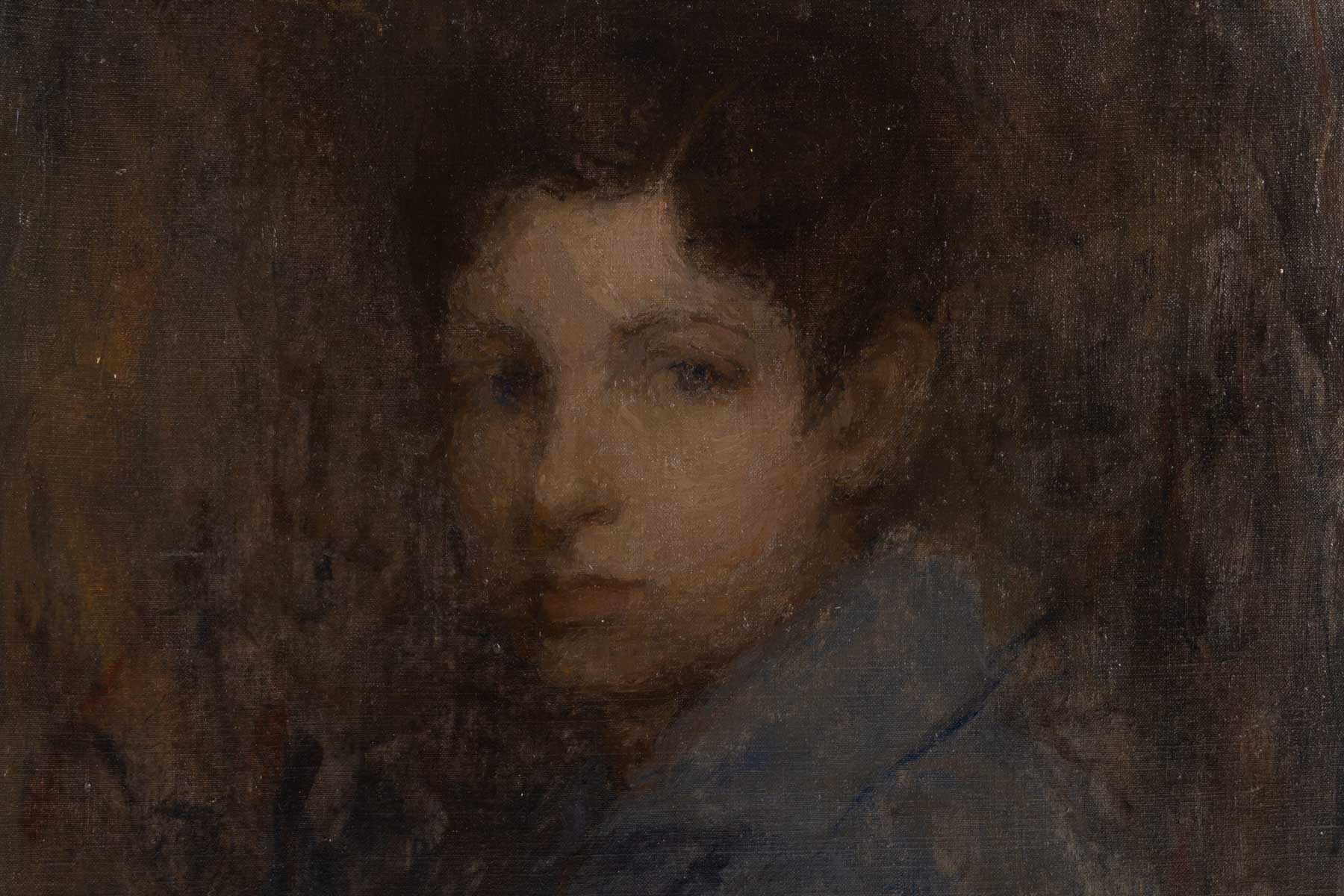 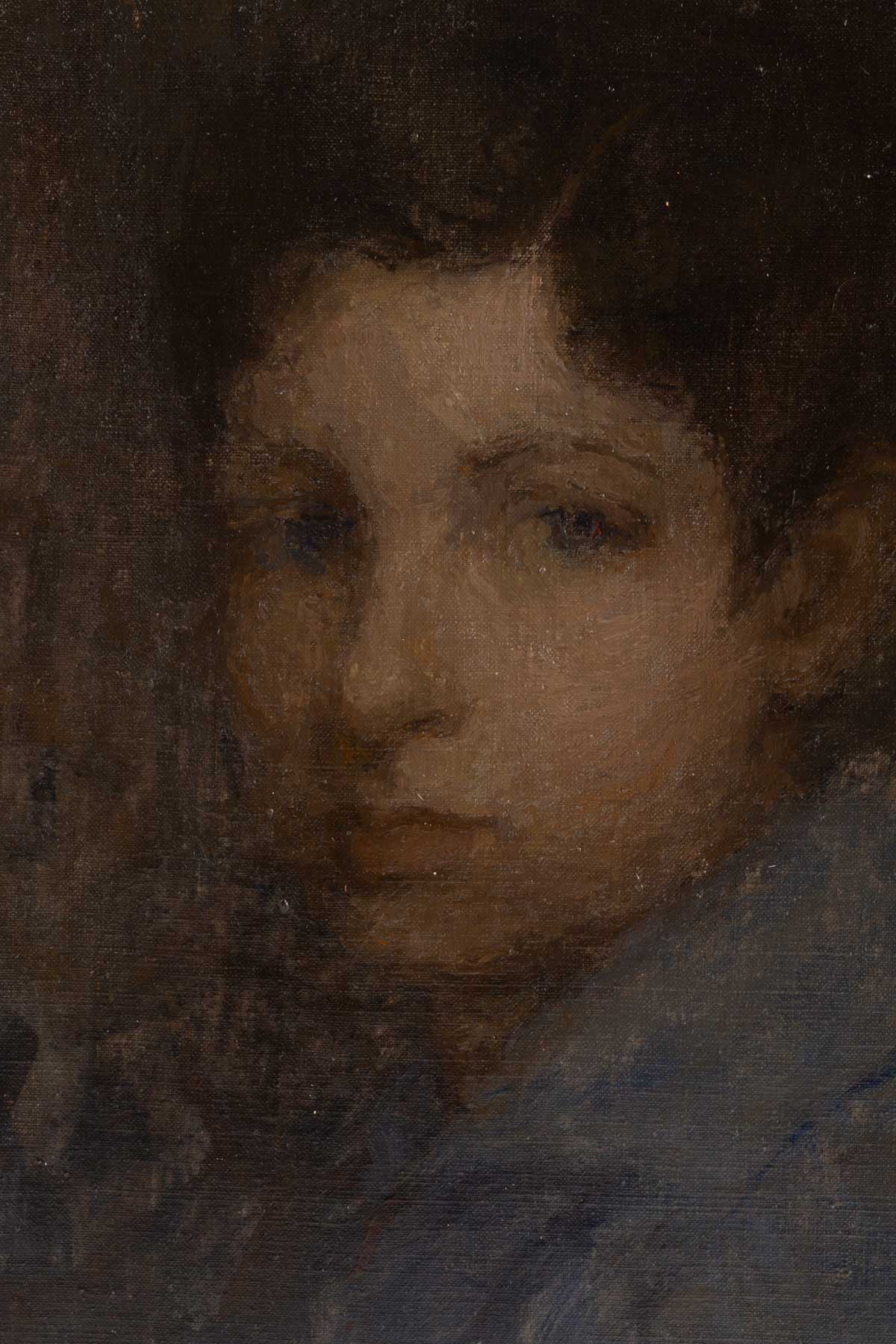 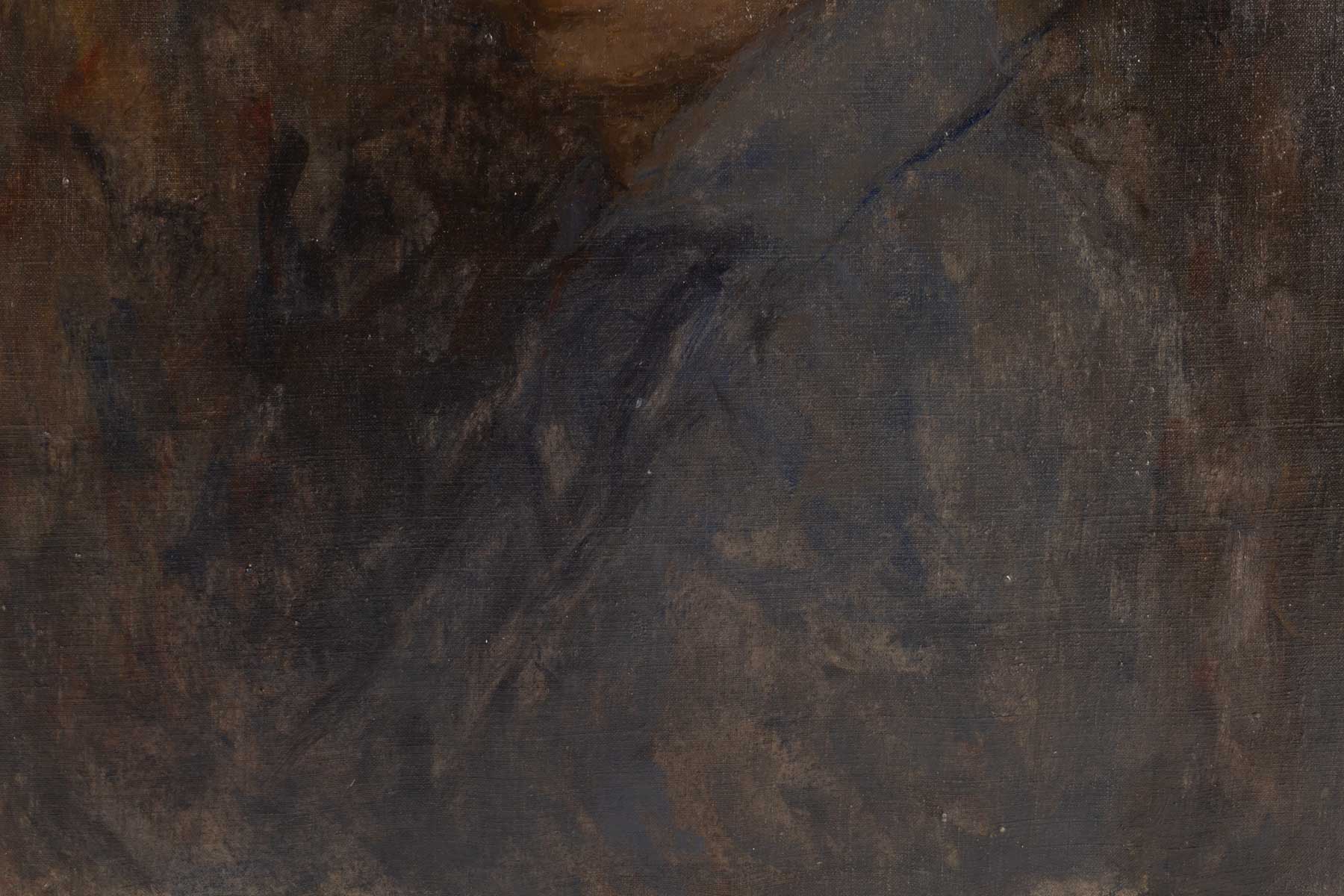 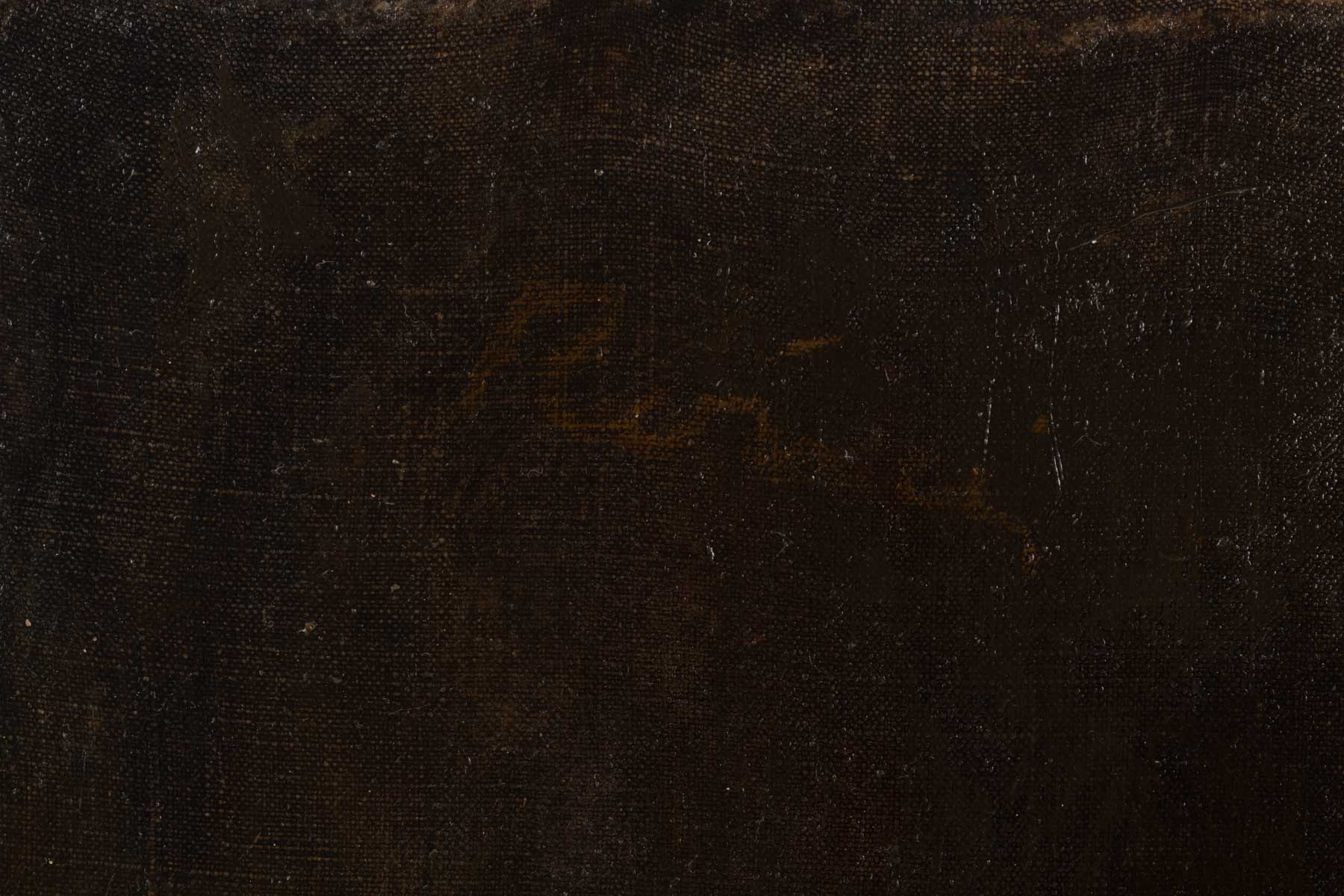 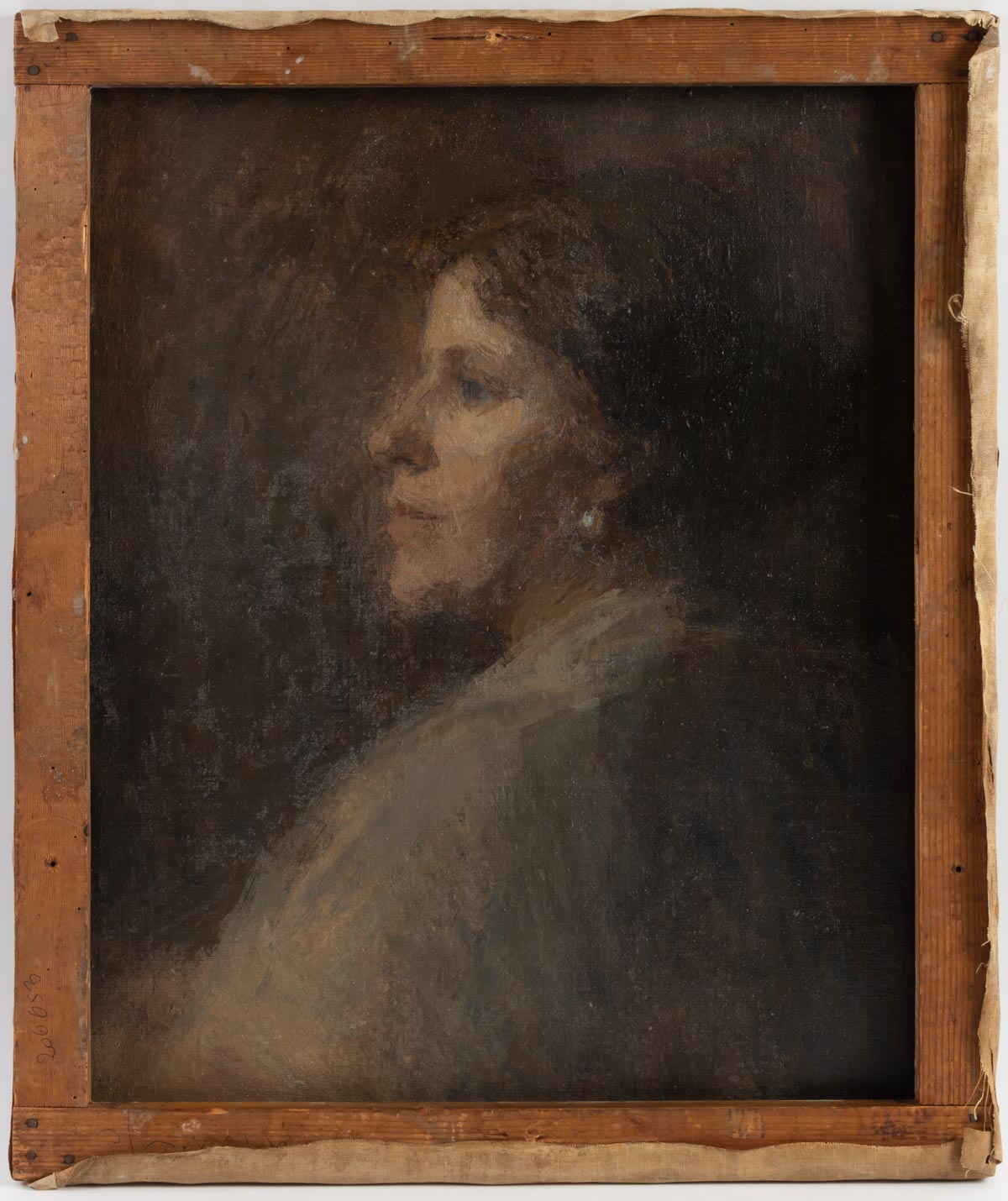 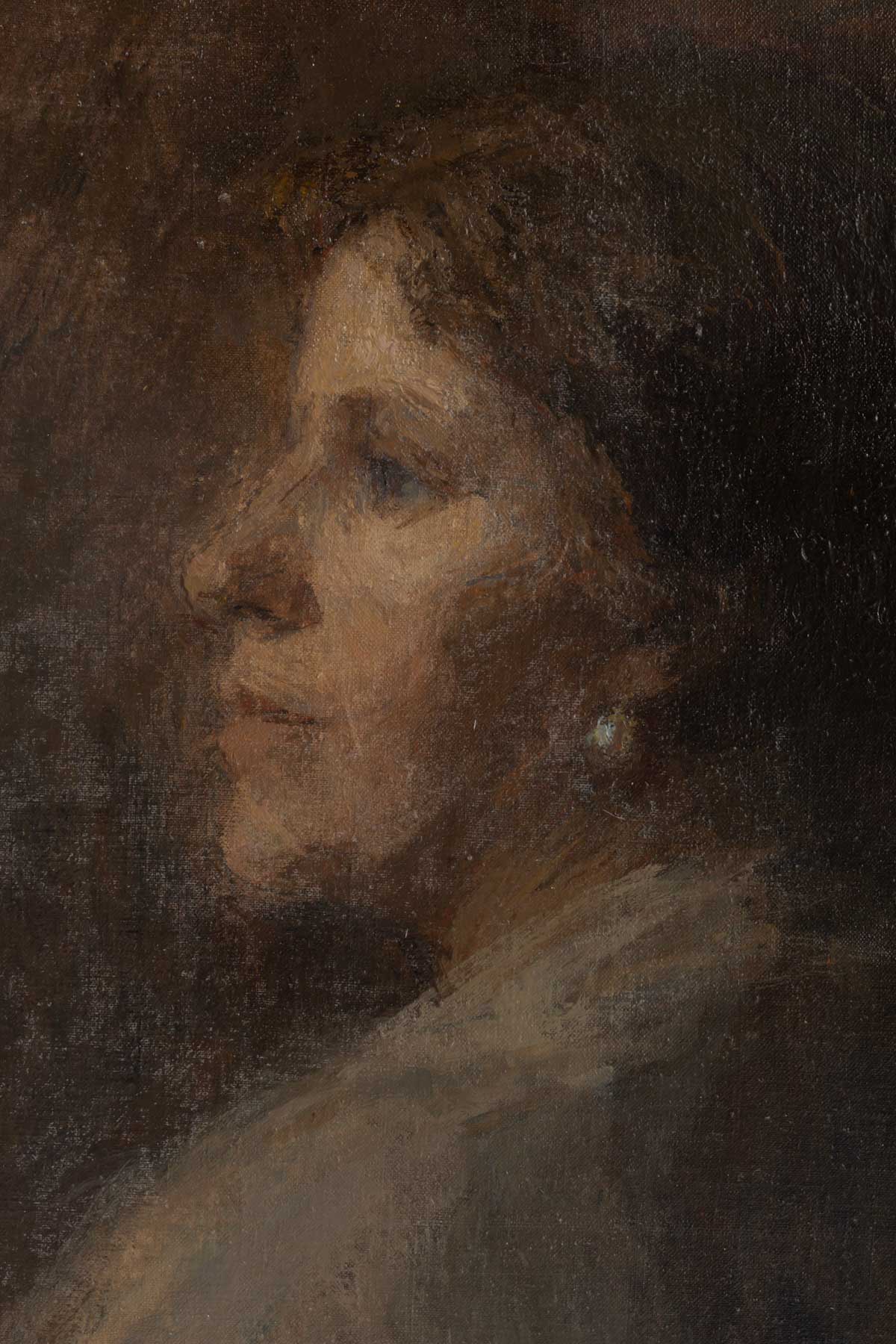 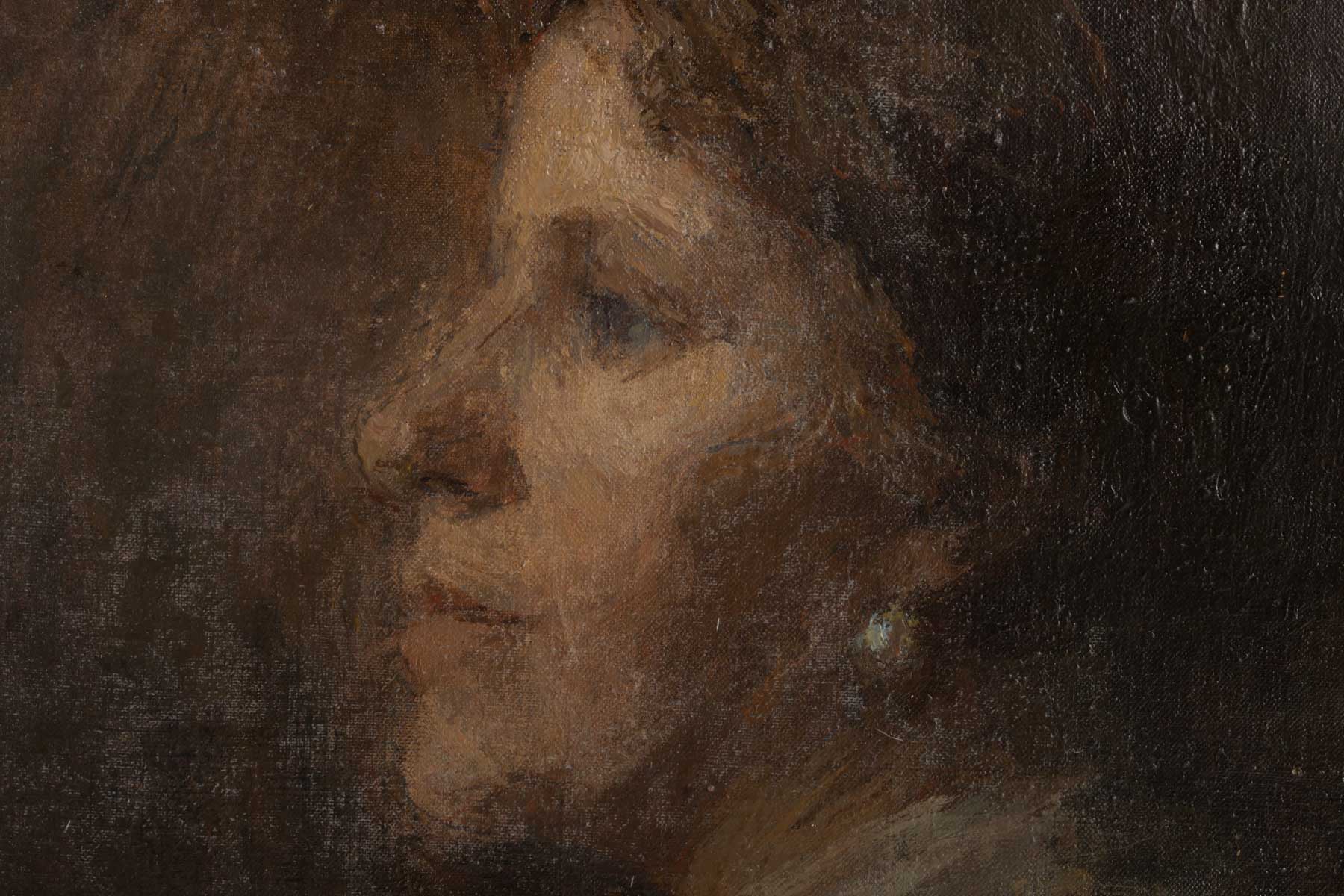 On the back Portrait of Lazarine Baudrion, his favorite model who will become his future wife.

The painting is also painted on the reverse. The back of the canvas presents a portrait of a woman in profile with a pearl. This earring, represented on the portraits that the painter made of his wife, makes it possible to identify the model.

Rippl-Rónai was the first to introduce a new modernity into Hungarian art.

He approaches painting in a very eclectic way. He immersed himself in the painters around him. His style of painting has evolved over his encounters and his influences without ever locking himself into any theory.

This portrait of great sensitivity depicts a melancholy young boy with a gentle gaze painted in three quarters. Her clothing, a blue blouse harmonizes with the color of her light eyes. The background, painted in shades of brown, is neutral, leaving nothing to see of the decor.

The touch is removed, light and fluid, only the face is painted with more precision. This work dates from his Parisian period also called “the black period” during which the artist exhibited with the Nabis and expressed himself using a restrained palette and restricted pictorial means. We can also see the influence of the painters Eugène Carrière but also that of the American painter James Whistler.

After studying at the Academy of Fine Arts in Munich, Rippl-Ronaï arrived in Paris in 1887 where he joined the studio of his compatriot Mihàly Munkácsy, the Hungarian realist painter in vogue at the time.

During the summer of 1889 in Pont-Aven, he discovered the Nabis painters and was enthusiastic about their paintings. With his friend Maillol, Rippl-Ronai became a member of the group, in which his talent ensured him a place of choice; he exhibited with them from 1891. The “ Hungarian Nabi” meets Gauguin, Bonnard, Vuillard, Toulouse Lautrec.

He met with great success during his first personal exhibition in 1892 at the Palais Galliéra. In 1902, back in Hungary, he painted vivid and colorful landscapes, portraits and scenes of family life. An exhibition entitled “ Rippl-Rónai impressions 1890-1900 ” pays tribute to him.

In 1899, it was in Banyuls-sur-mer, at his friend Maillol’s, that he discovered a taste for painting more “joyful”, all in color. He then approaches a richly decorative style with a cloisonné design where the pure colors laid down in spots are surrounded by a thick black line.

Between 1911 and 1913, his exhibitions in Frankfurt, Munich and Vienna met with great success. In 1911 he moved to Budapest and published his memoirs.