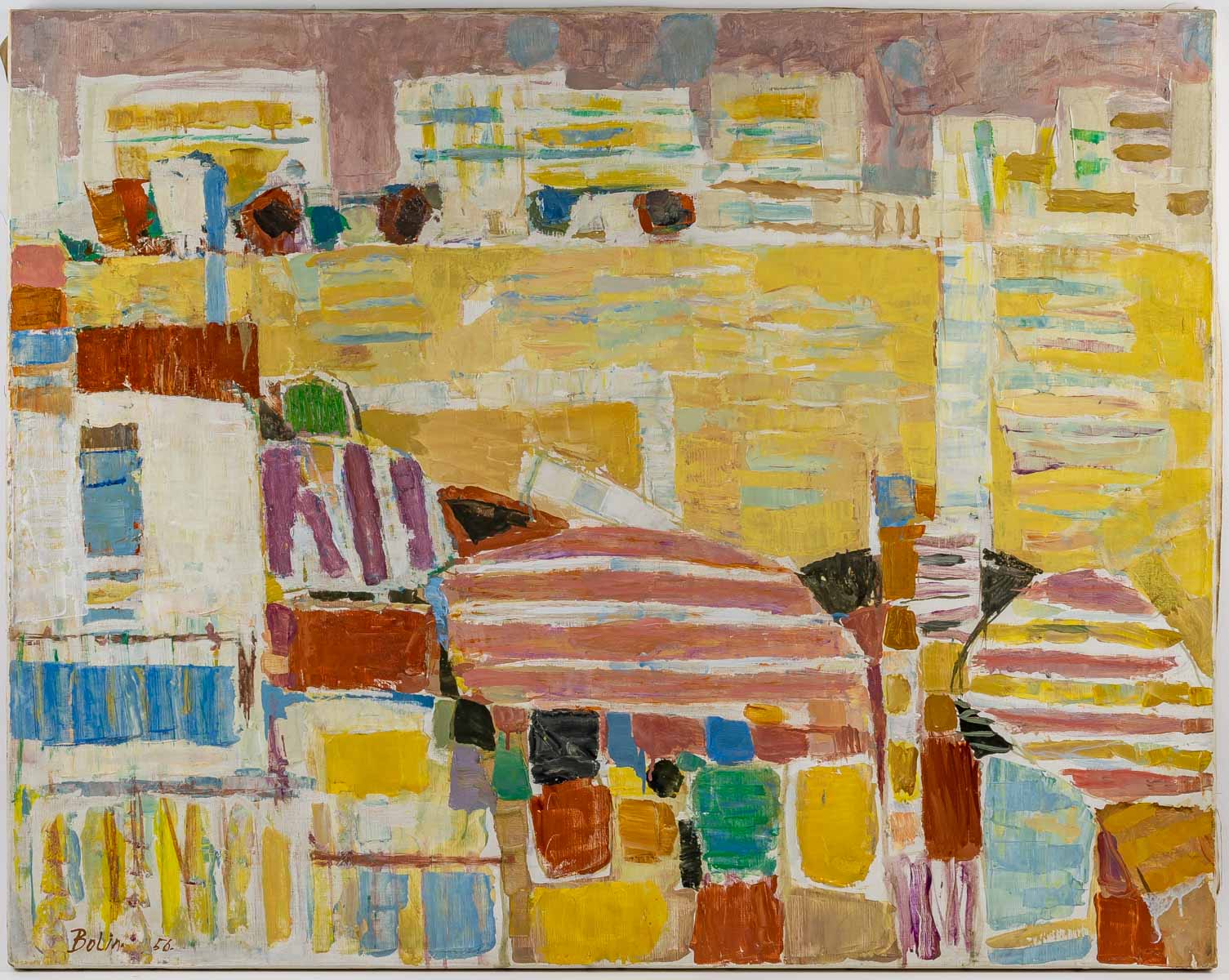 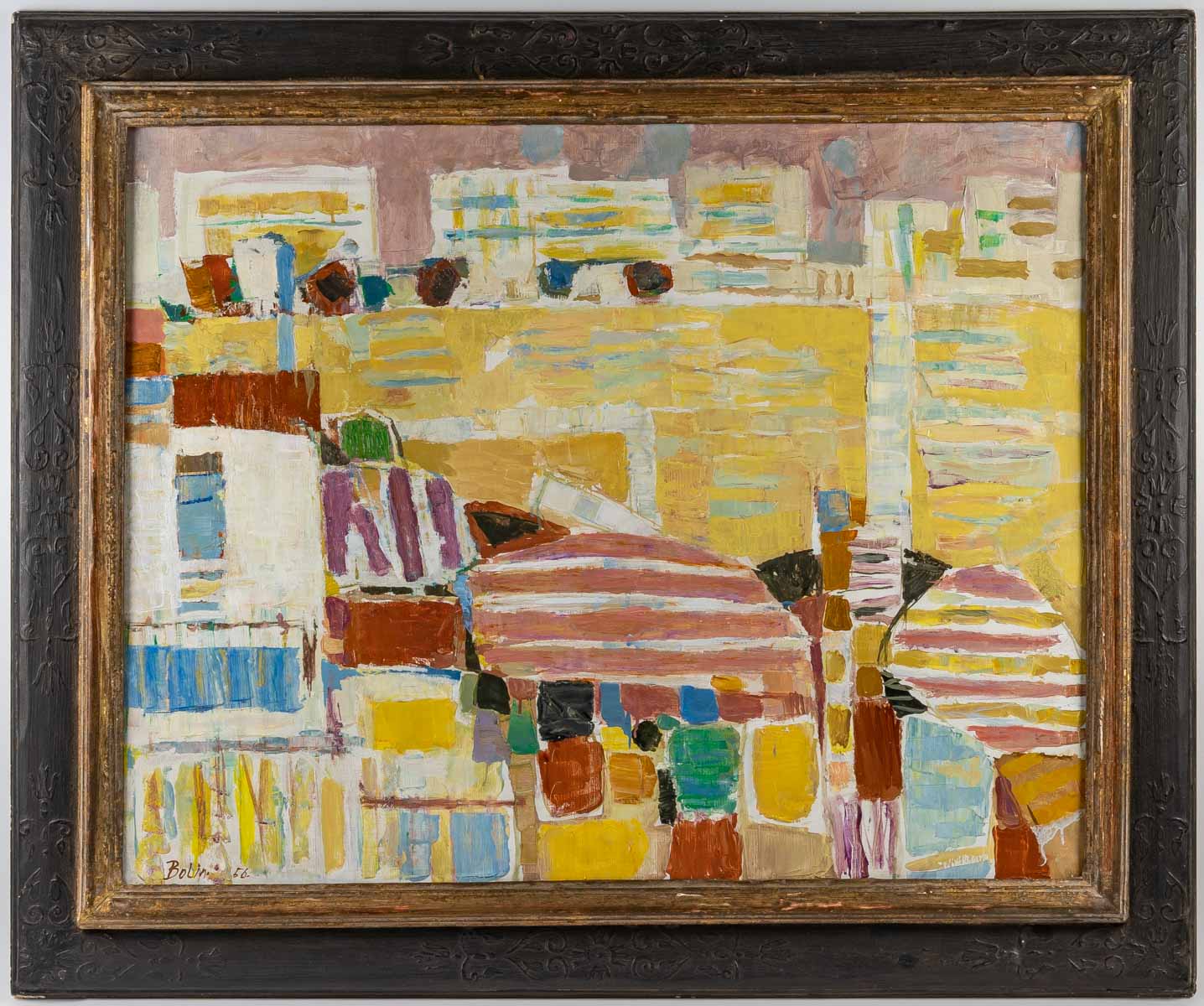 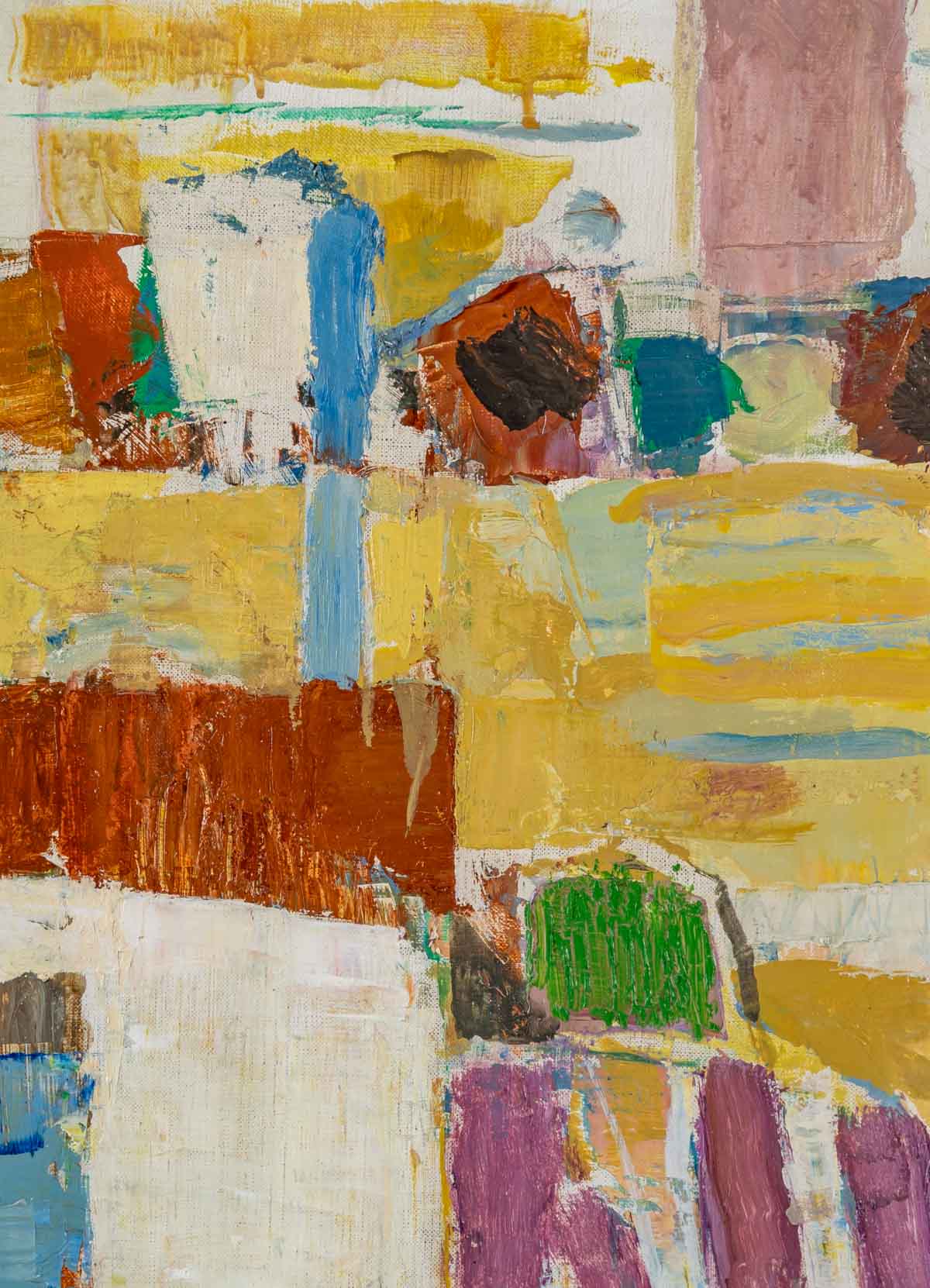 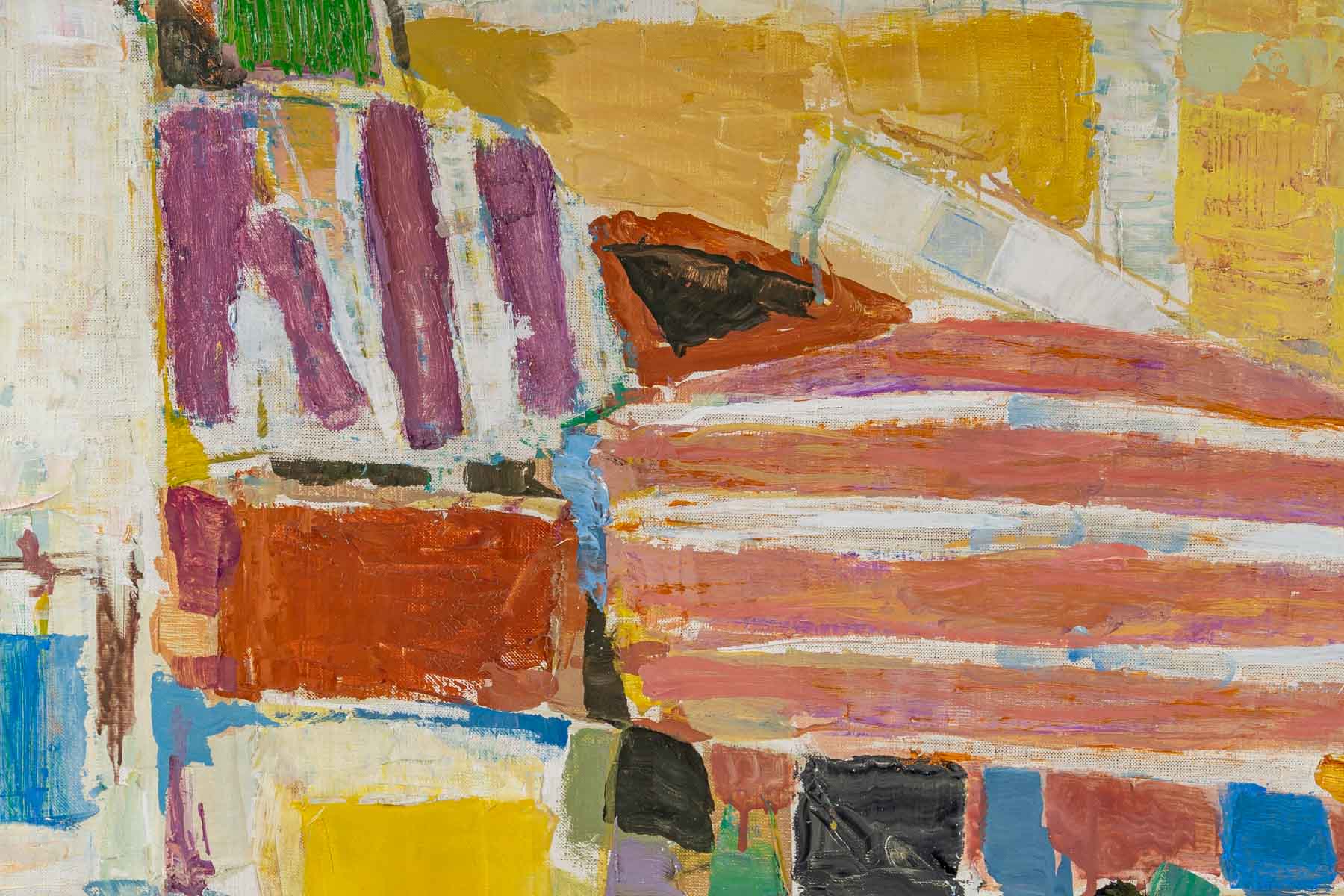 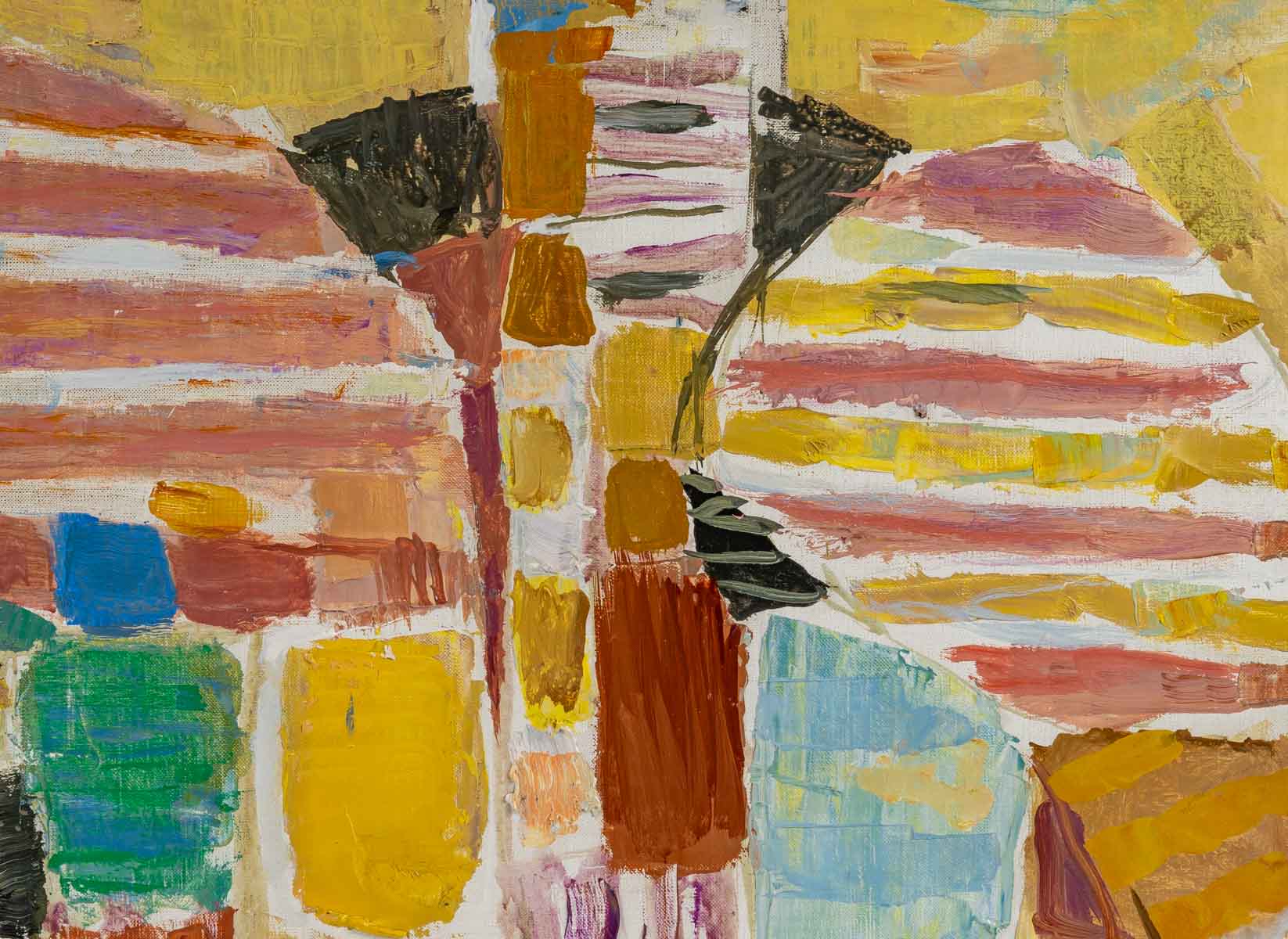 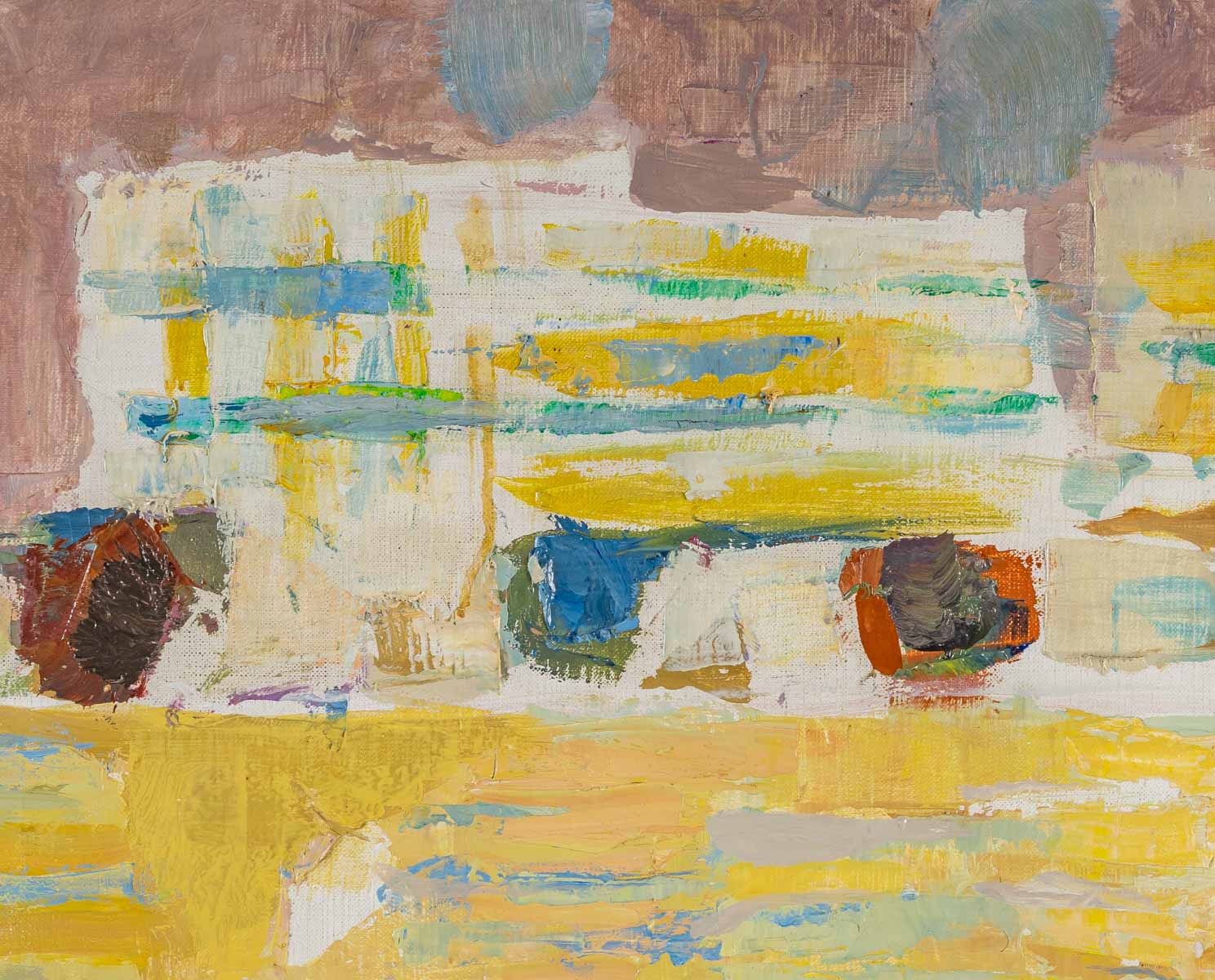 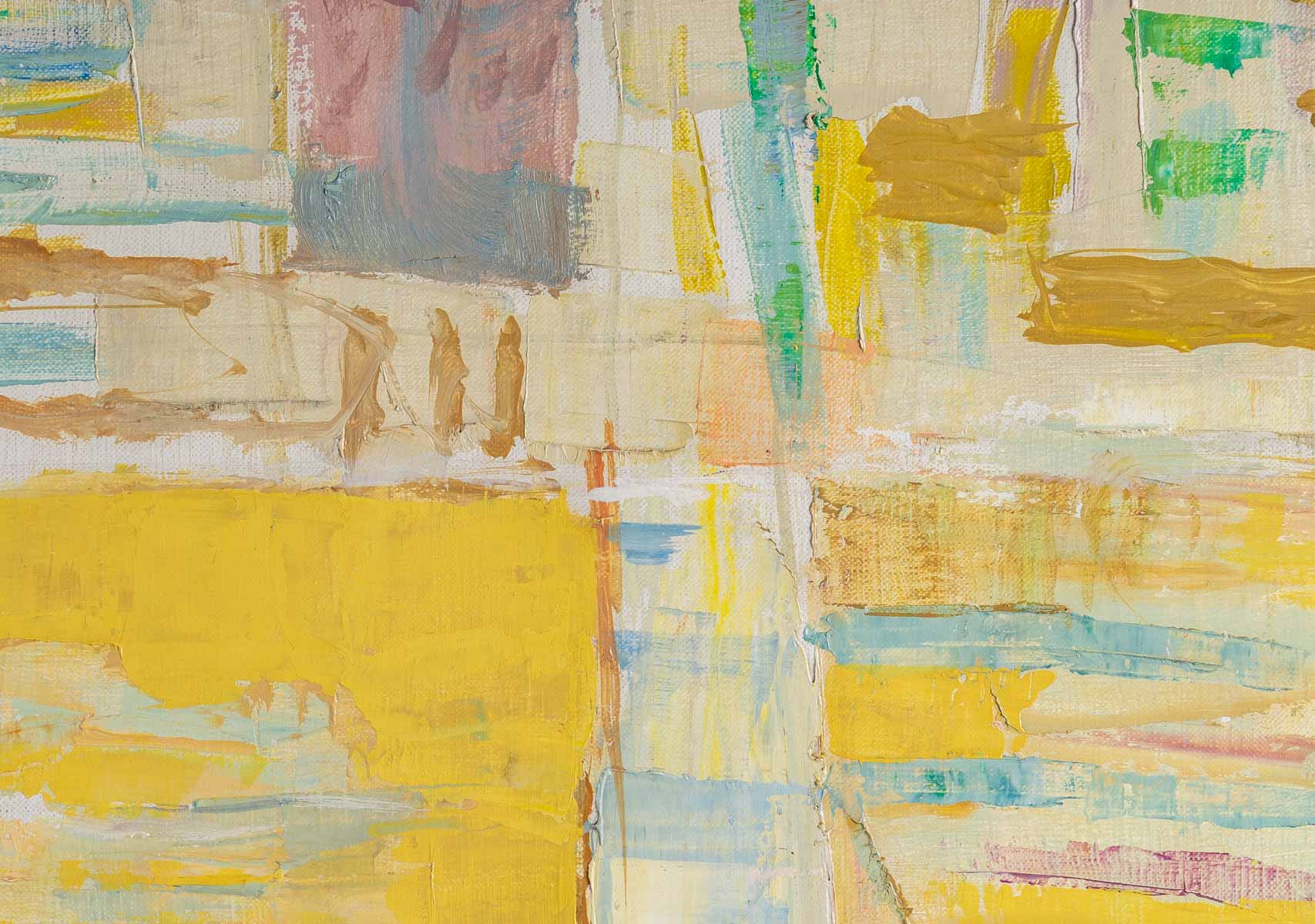 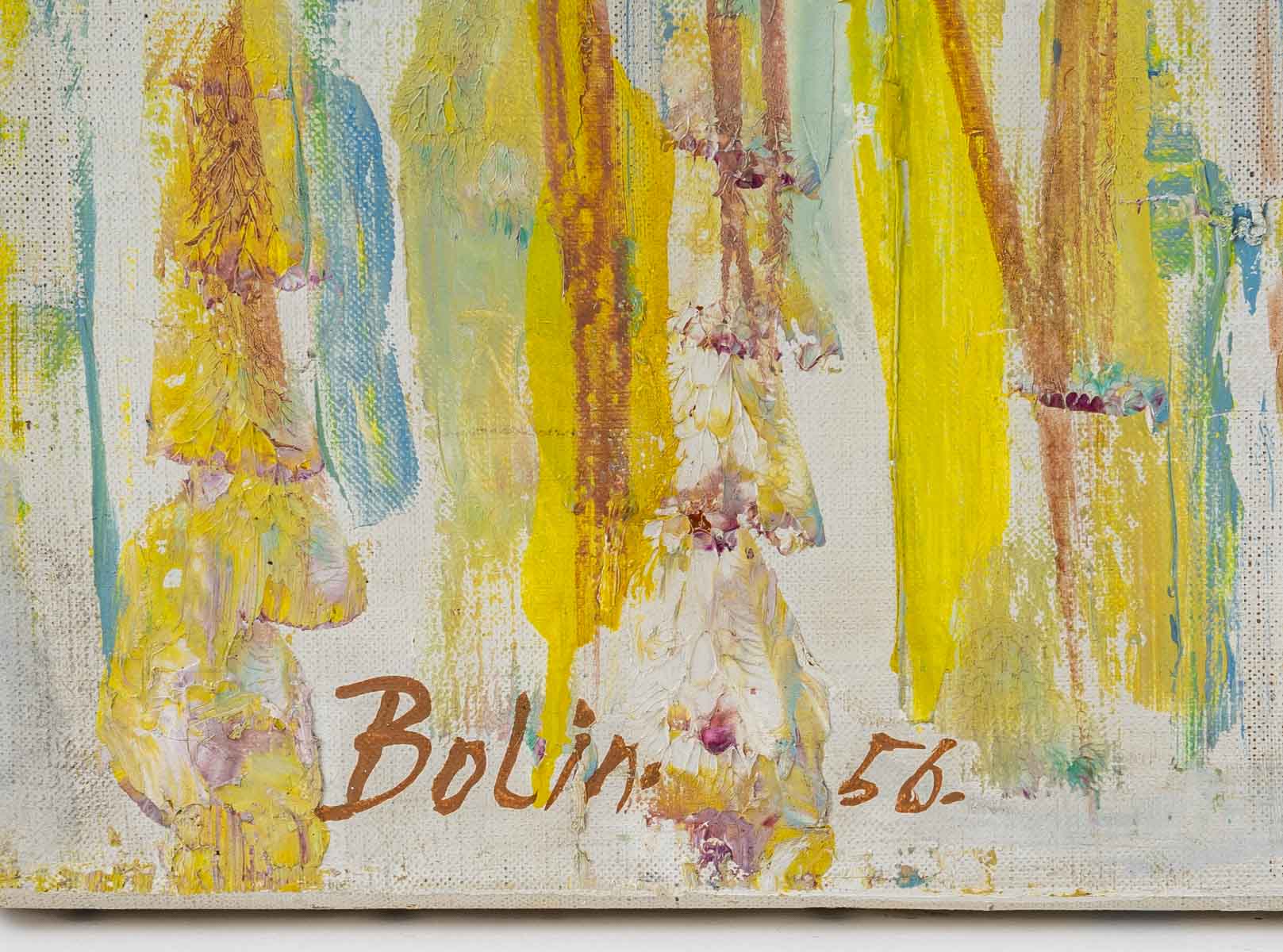 “Between figuration and abstraction, his art is a perpetual search for independence and harmony. Its characters move us, its labyrinths stun us, its lights soothe us: each painting is a unique adventure that cannot leave the attentive observer indifferent. », Bertrand Delanoë – Preface to the Gustave Bolin exhibition at the Hôtel de Ville in Paris in 2006.

Gustav Bolin gives us a summer beach scene, a moment from the summer of 1956 in Antibes, full of life and cheerfulness with a palette bathed in Mediterranean light. Clarity radiates the entire surface of the canvas. Bright colors where yellow and pink predominate, punctuated with a few spots of blue, rust and green…
It takes some deciphering effort to assign a meaning to these indefinite contours, then appear the motifs represented, the elements of the decor. Painted in hasty strokes, his style does not belong to any movement, but he can be placed between abstraction and figuration.

Painter of Swedish and Russian origin, born in Stockholm in 1920, G. BOLIN descends from a family of goldsmiths who supplied the court of the Tsars, then the royal family of Sweden for 3 generations. He arrived in France at the age of 1 year. He opened up to art in the effervescence of Parisian cultural life. He learns in the studio of Othon Friesz anxious to adapt his modern art to the knowledge of the museum. The latter went through Impressionism; which he describes as: an approach to nature that solidifies the pre-eminence of sensation over the concept of the studio, the subjects of convention and the anecdote that had hitherto been dominant.

The influence of Cubism will also be determining, this approach will play a role of regulator of the forms, will found a research of the synthesis, will give the taste of the conciseness and will strengthen the style until its quintessence. His teaching will be based on this duality which involves the eloquence of lyricism and the temperance of reflection.

Far from being carried away by the feeling, it will be advisable to give a plastic unit to the retained forms, the harmony not being any more the consequence of a code but the logic of forms inspired by the reality and which are then a kind of sensitive mirror of this one.