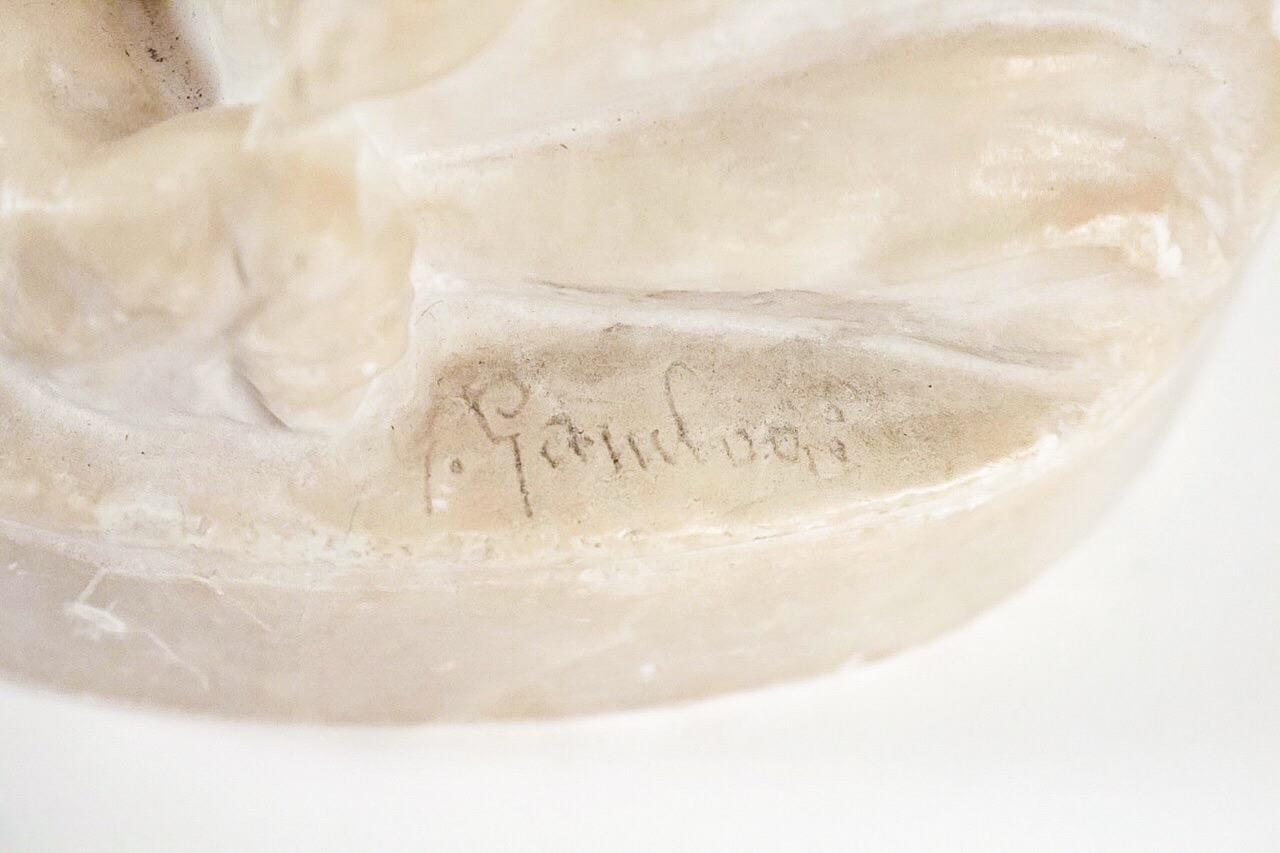 Giuseppe Gambogi is an Italian sculptor. He works in Paris and exhibits at the Salons. He likes to represent classical, romantic and orientalist subjects.

Mythology inspires her as much as the imagination of women, from nymphs to goddesses. His works testify to the Belle Époque fascination with the idealized human form, associated with melancholic and sometimes exotic subjects. The sculptor has a taste for fine materials: he sculpts marble and alabaster, sometimes adding onyx to enhance his work.

The sculptor represents a young woman playing with the puma! The beast rolls up its chops, the beauty looks at her feline and puts her hand on the back of its neck.

In her left hand, she rolls a ball, as if, from one moment to the next, she was going to throw it at him: the sculptor’s fantasized universe is endowed with humor. Installed on its rock, its delicate body contrasts with the tense musculature of the animal.