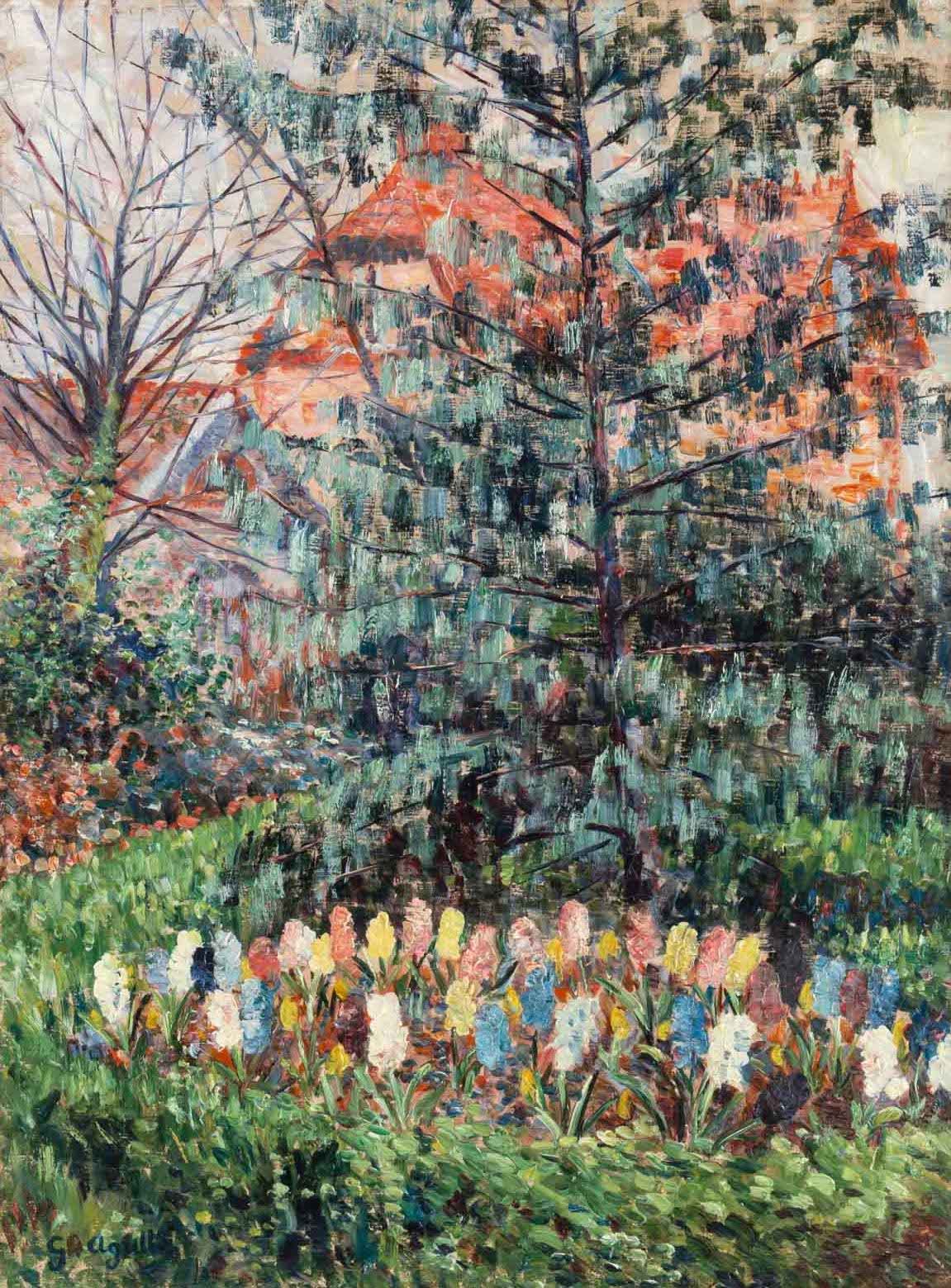 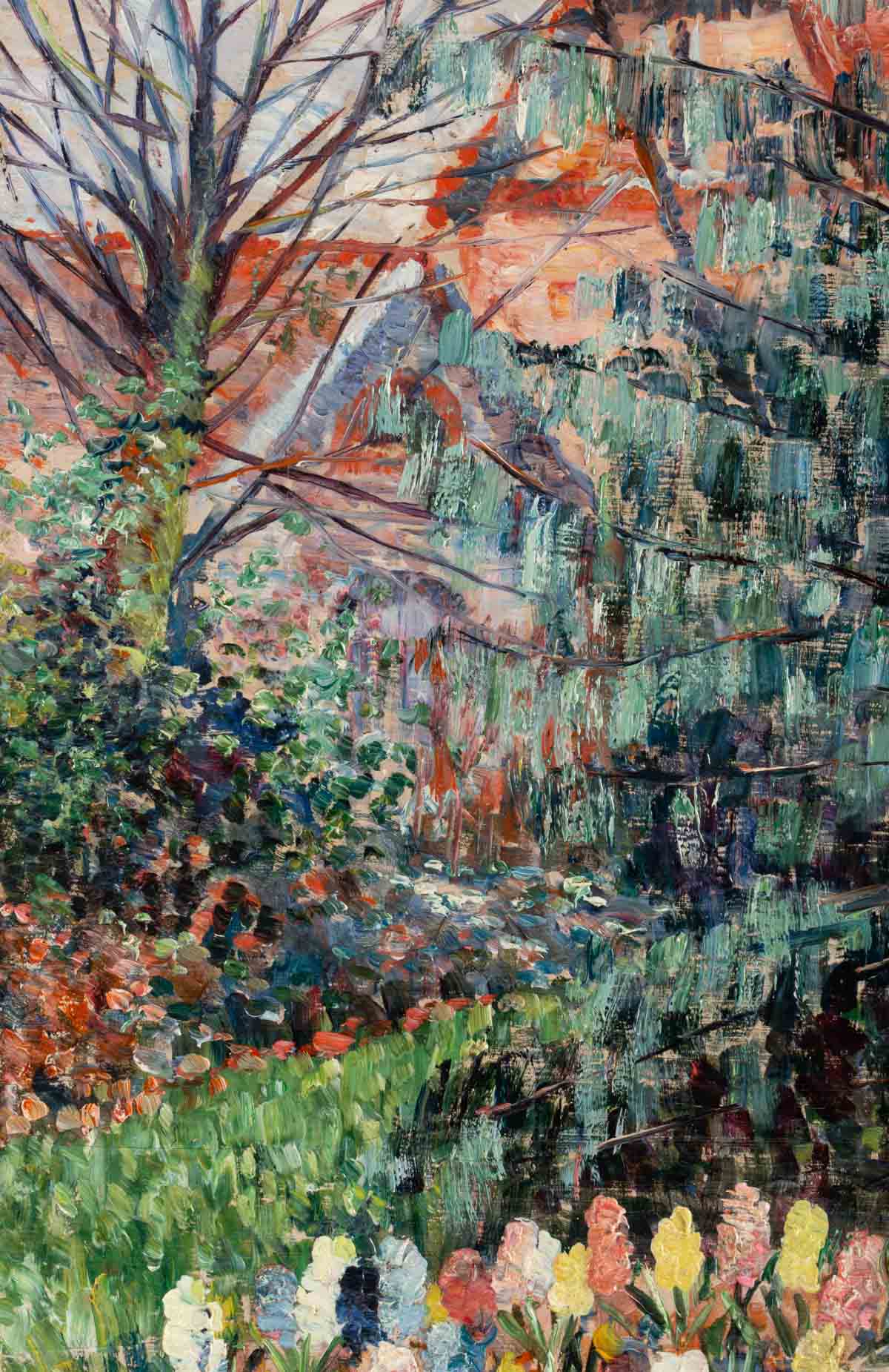 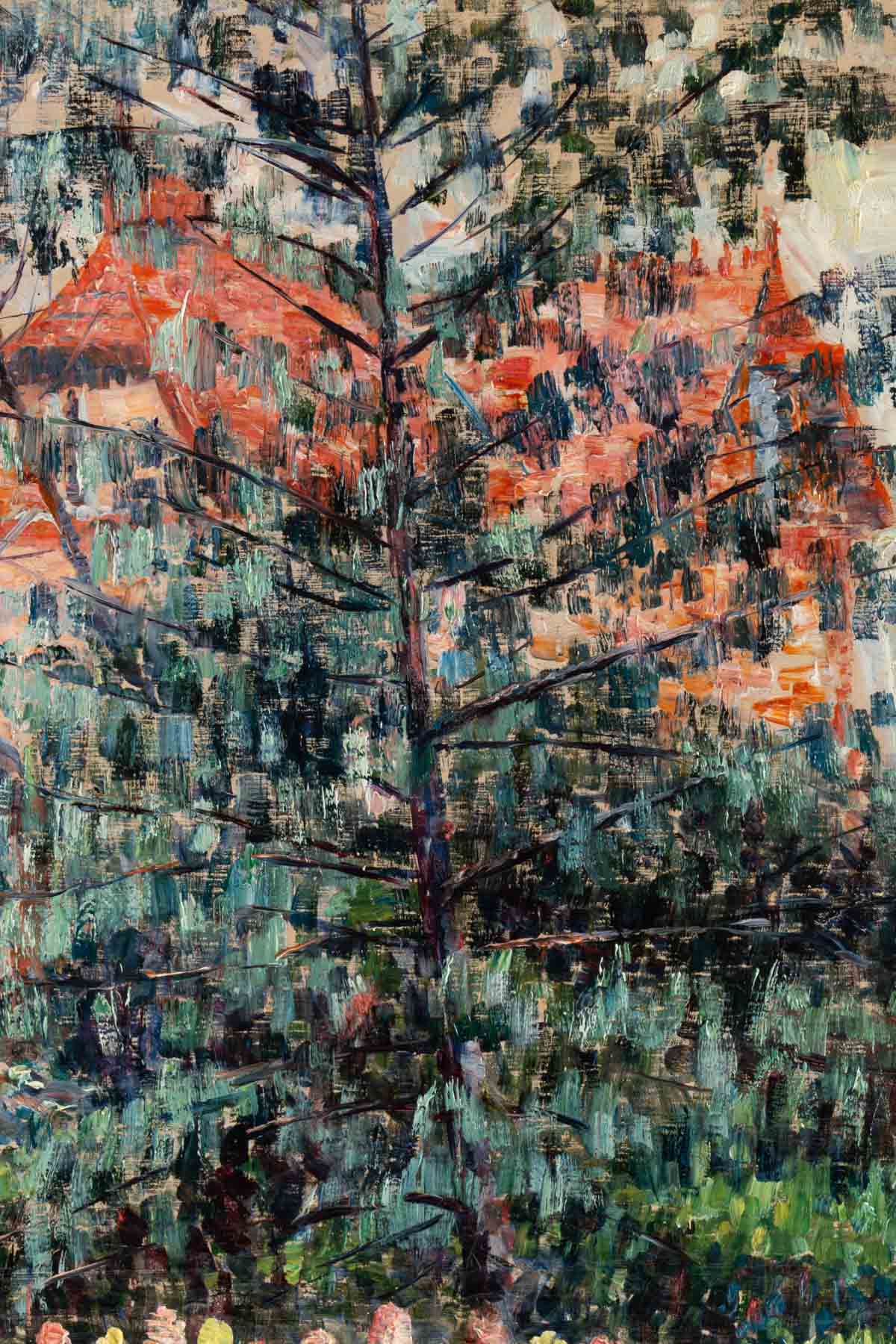 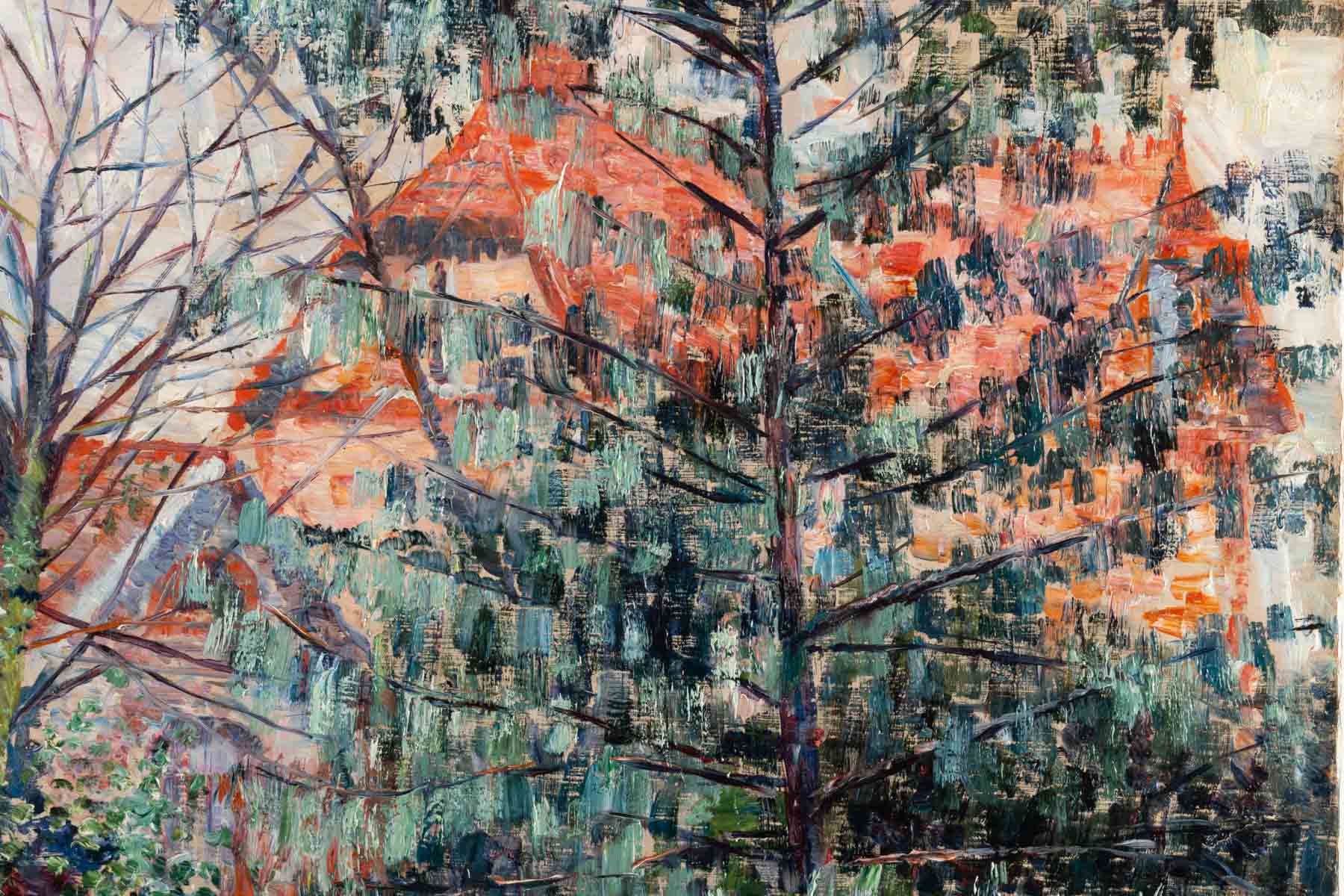 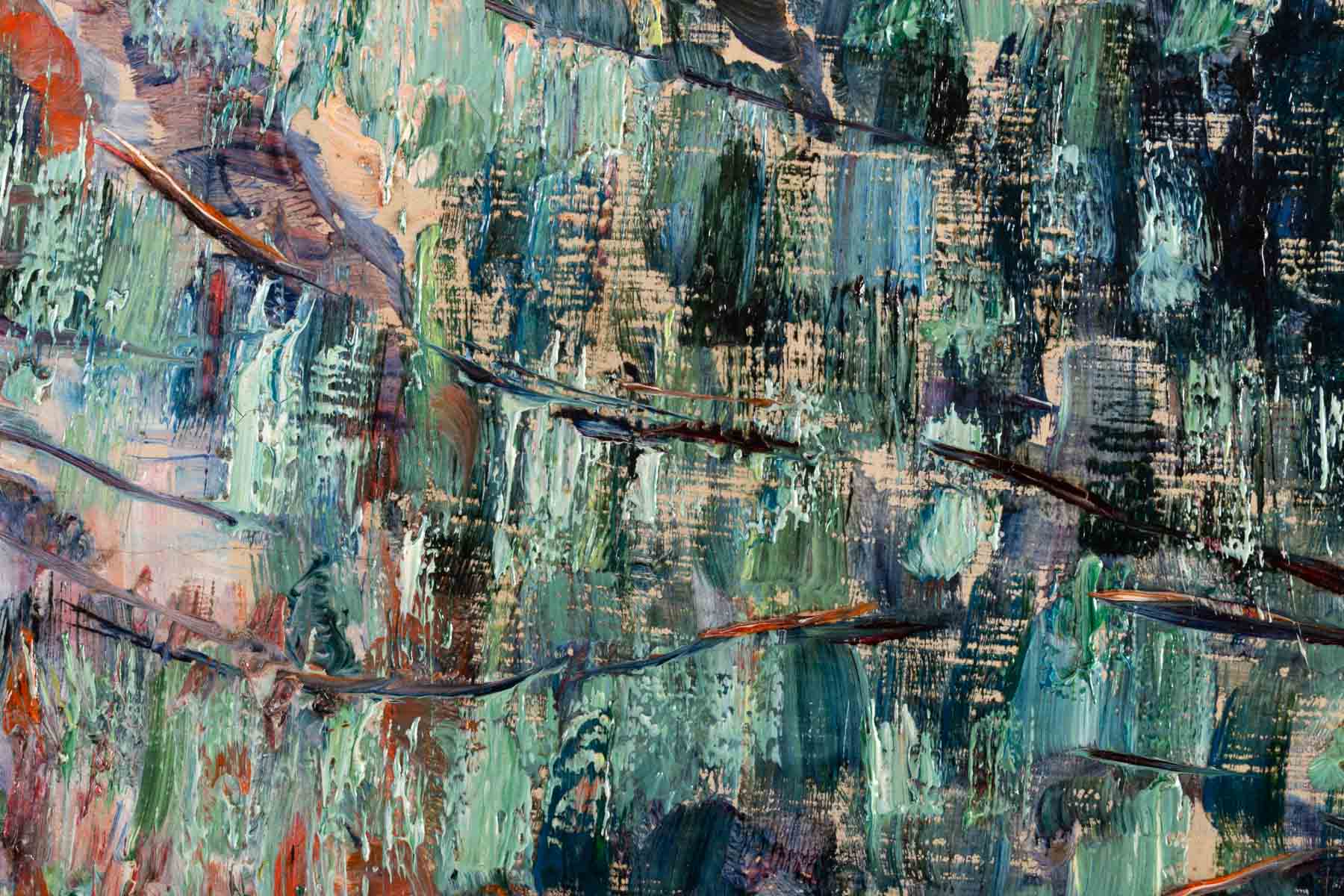 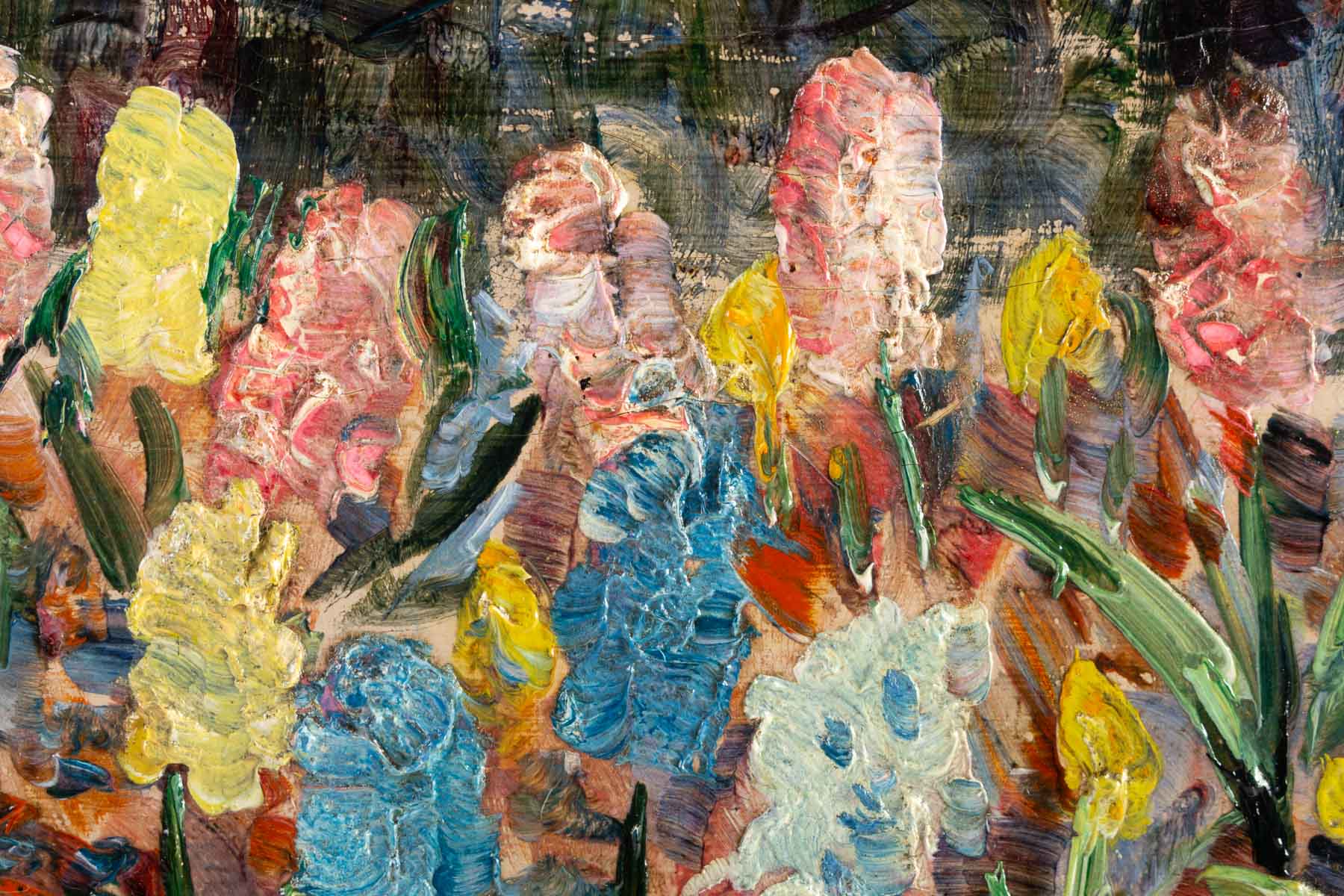 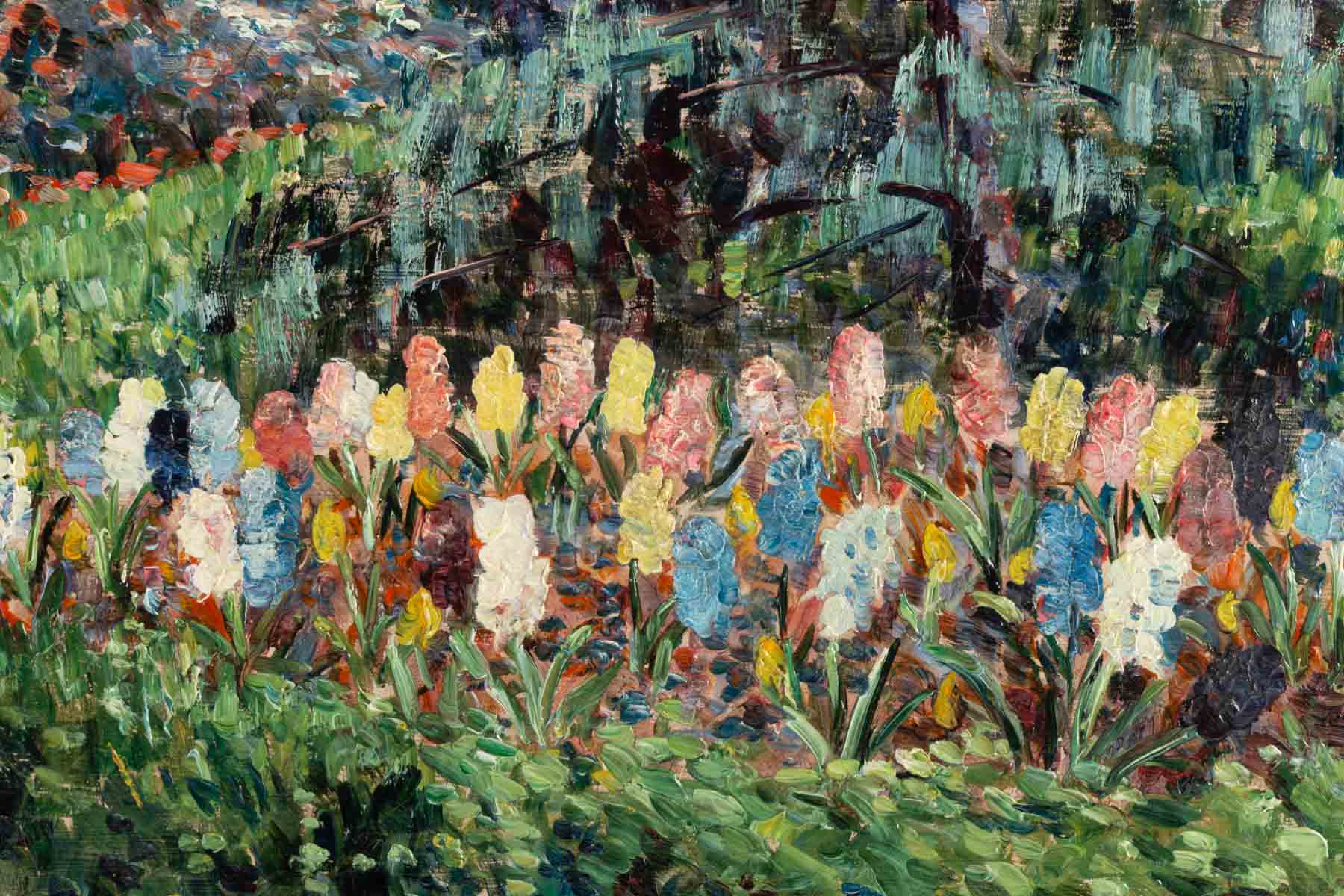 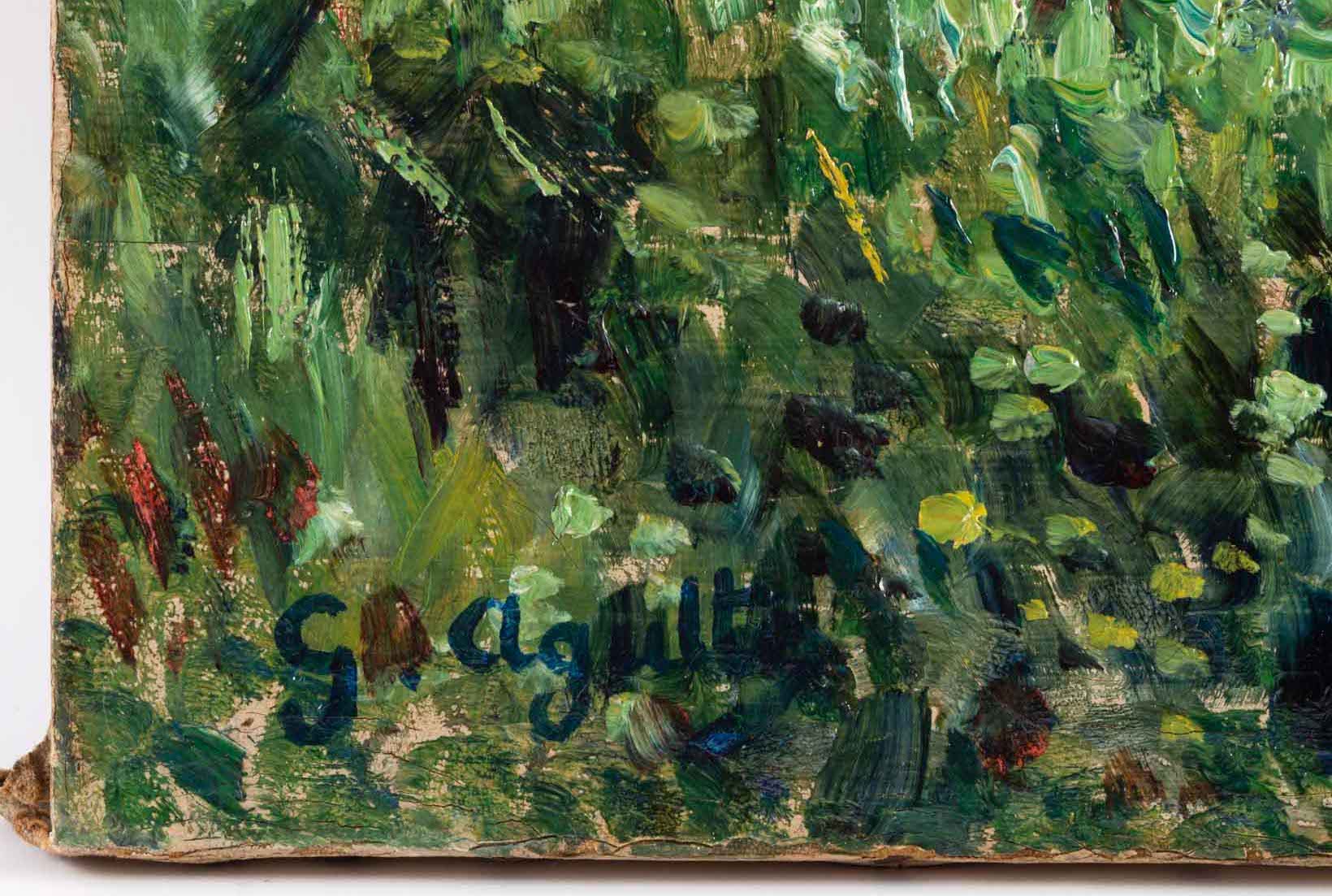 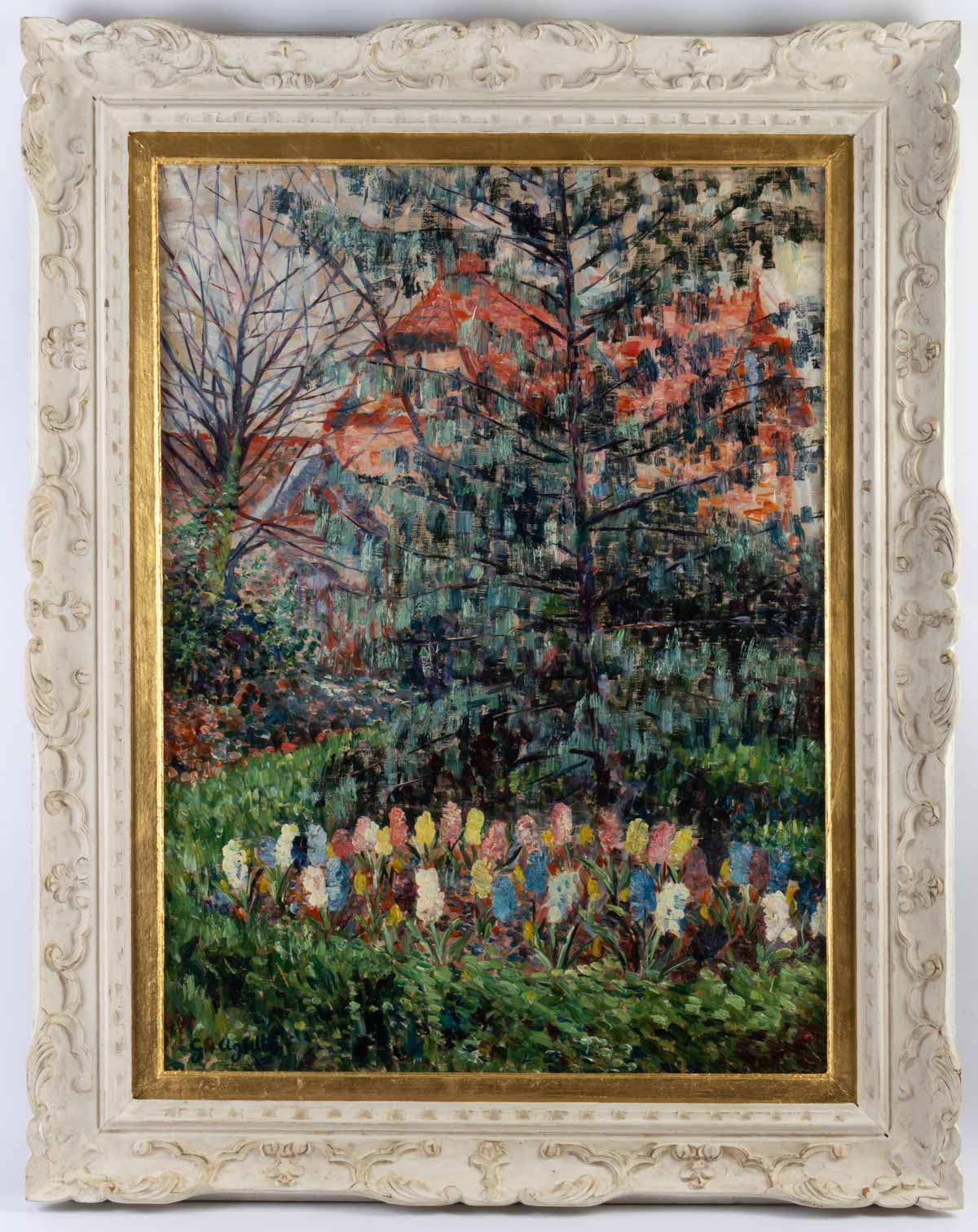 The garden of the house in Bonnières-sur-Seine , around 1900

The artist paints the garden of Marcel Sembat’s birthplace, which served as the artist’s studio. Marcel Sembat and Georgette Agutte are an outstanding couple of the Belle Époque. The politician and writer and his wife, a painter, made the house in Bonnières-sur-Seine a place of vacation far from the hustle and bustle of Paris. They received their artist friends there, such as the painter Matisse. The premises have been fitted out according to their wishes and embellished with works of art collected by the couple. This park planted with Marcel Sembat, a great lover of places and nature, greatly inspired his wife in her works. Today, the Agutte-Sembat house and its gardens have been bought by the town of Bonnières to turn it into a museum.

In this familiar place, the artist lets his touch flow in a vibrant, free and structured way at the same time. She walks on the canvas and clings, like musical notes, to the colorful partition of the garden. The foliage of the cedar of Lebanon gives a glimpse of the pink tiles of the family home.

First of all, she started sculpting. Painter, sculptor and art collector, Georgette Agutte is a free artist endowed with a great independence of spirit. She is strongly influenced by Post-Impressionism. She evolves, under the influence of her friend Matisse, towards a moderate Fauvism. She is appreciated for the use of bold colors. Critics praised the sense of color.

Thanks to her first marriage to the critic Paul Flat, around 1893 she met René Piot, a pupil of Gustave Moreau, who encouraged her to take lessons with this painter at the Ecole des Beaux-Arts in Paris. There she meets, among others, Henri Matisse and Georges Rouault.

She works in a workshop located in Bonnières-sur-Seine in the birthplace of Marcel Sembat, patron and sincere friend of various avant-garde artists such as Matisse, Paul Signac, Maximilien Luce. She married him in 1897, he would become her lifelong companion.

From 1904, she exhibited at the Salon des Indépendants, participated in the creation of the Salon d’Automne and exhibited there regularly.

From 1897 to 1922, the couple divided their time between their house in Bonnières-sur-Seine, their house in Paris at the foot of the Montmartre hill and a chalet – Le Murger – which they had built in Chamonix.

When Marcel Sembat died, Georgette Agutte did not want to survive the companion of her life and committed suicide after writing two sentences in a note “It’s been twelve hours since he left. I am late “.

She bequeathed a large part of her collections to the Museum of Grenoble, helping to make it an important museum of contemporary art.

The poet and art critic Gustave Kahn organized a major retrospective of his paintings at the Salon d’Automne in 1922.

• In France: 70 paintings in the fine arts museums of Grenoble; CNAP; FRAC Ile-de-France.