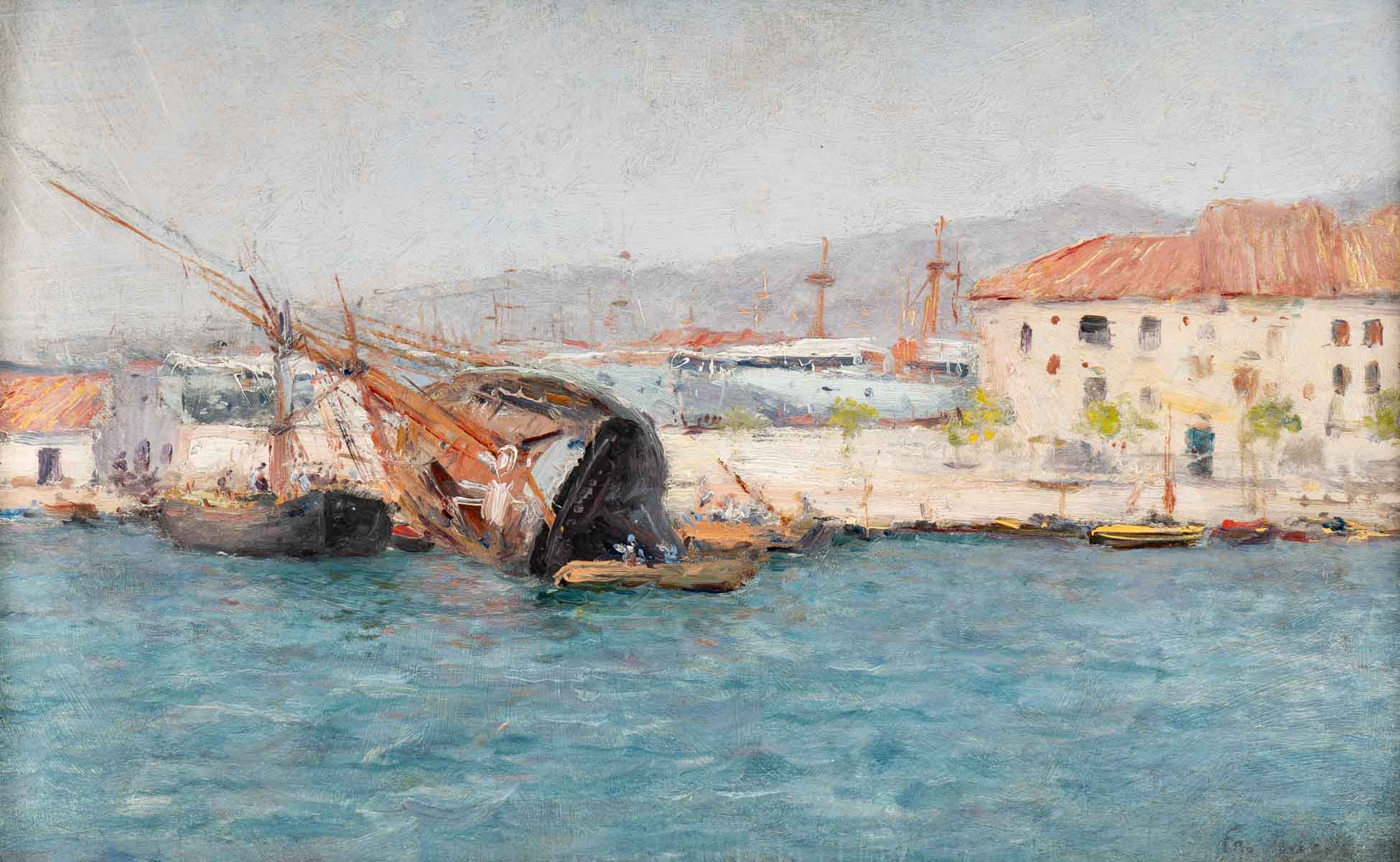 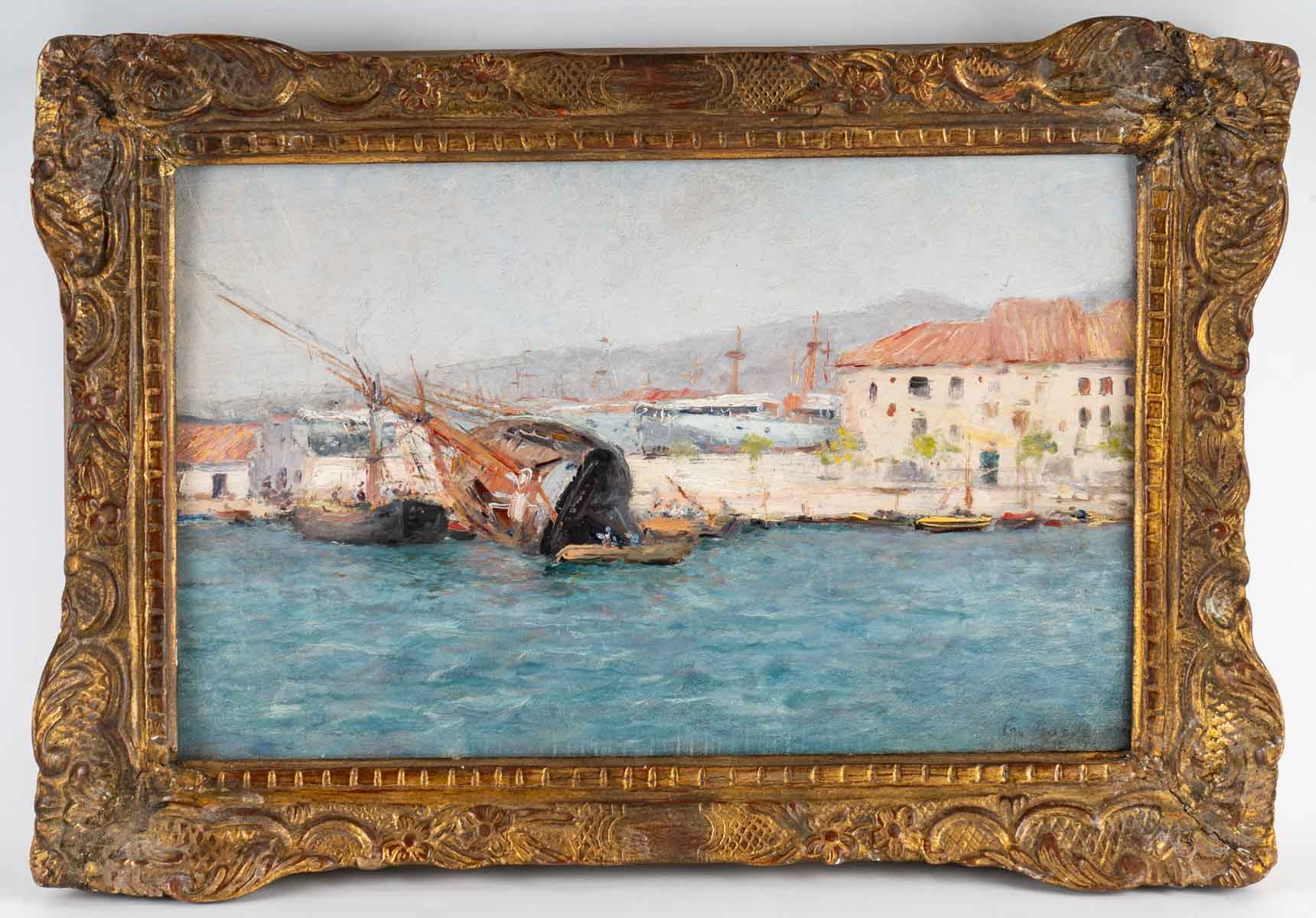 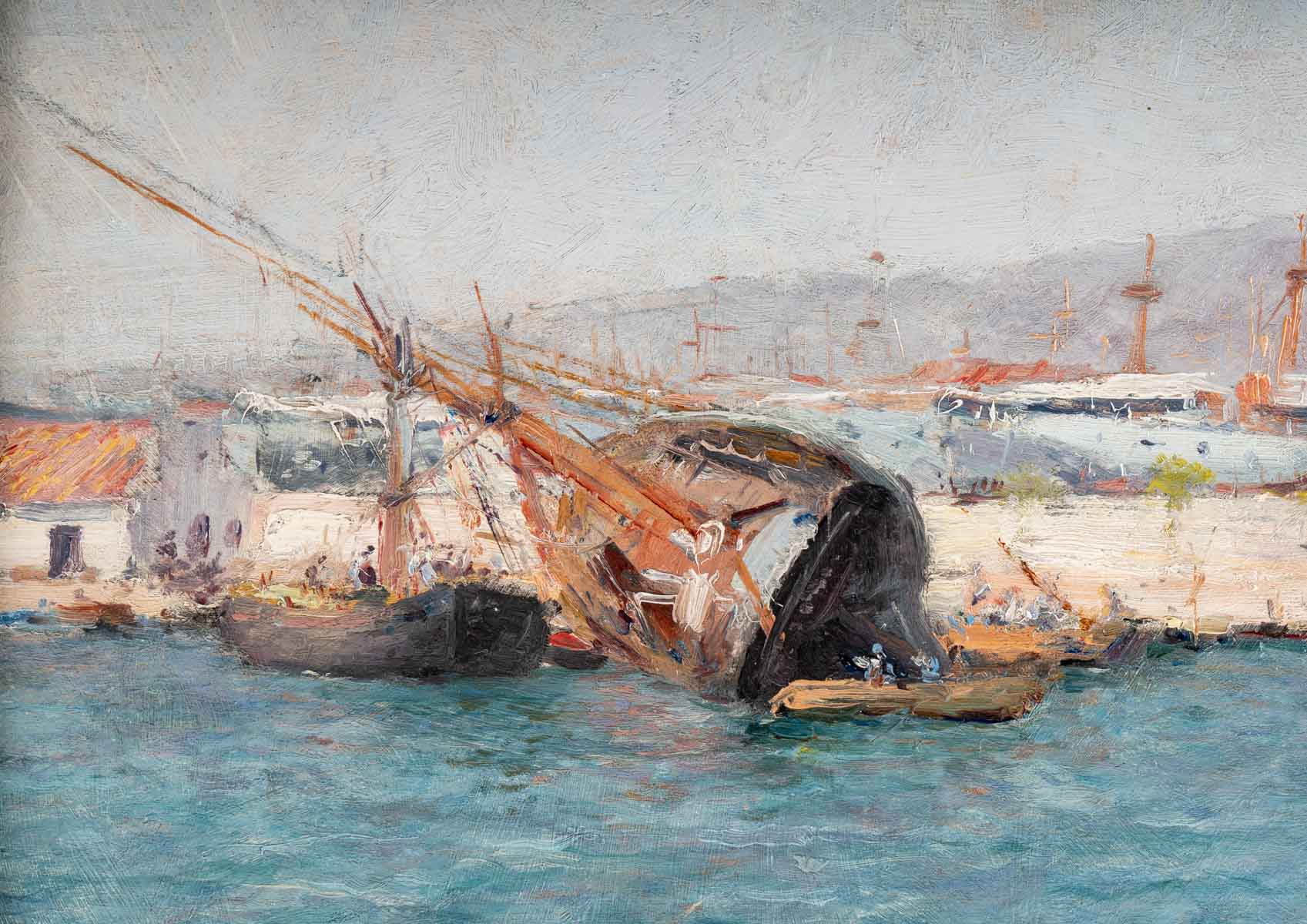 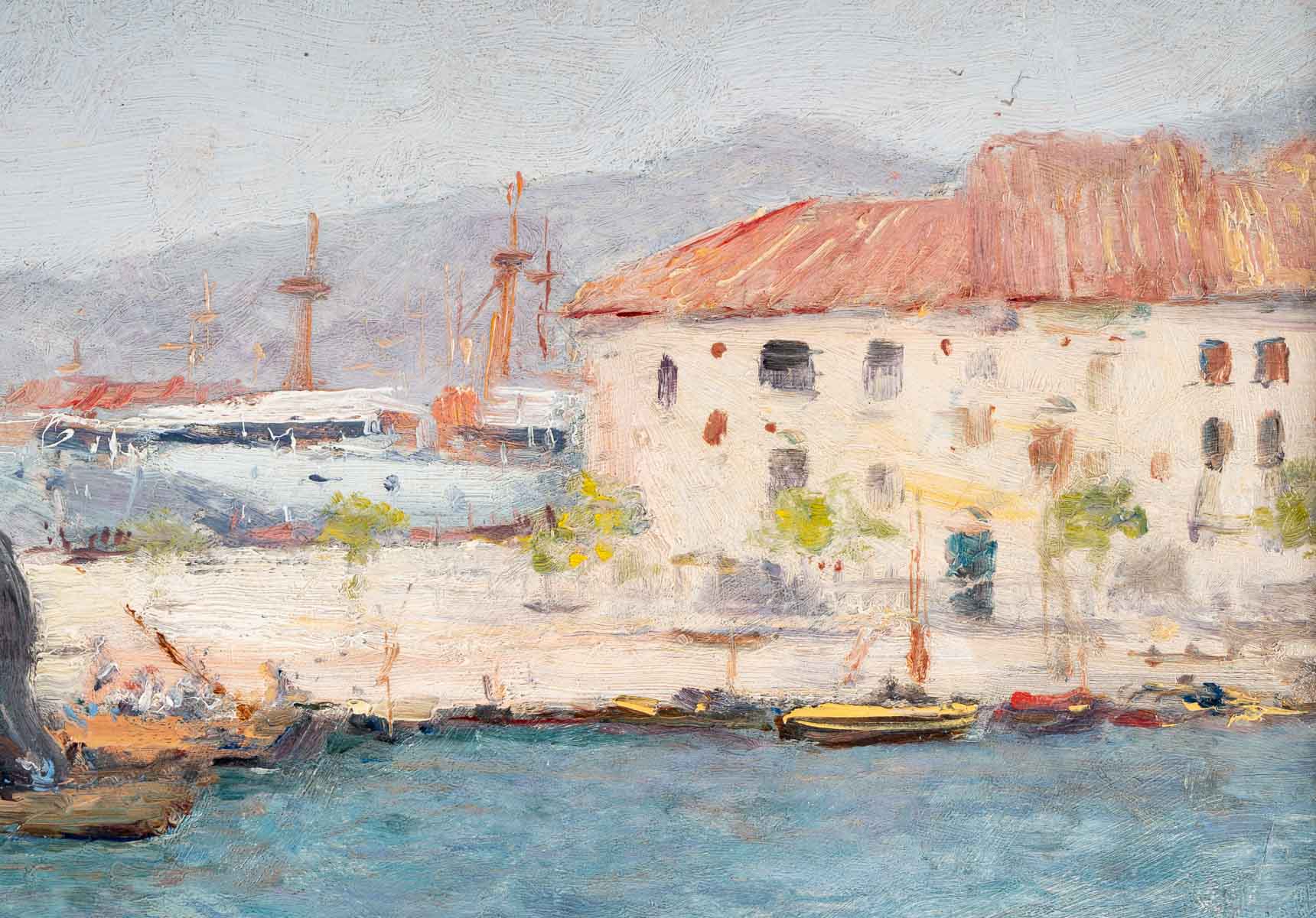 The refitting of the ship in the harbor of Toulon.

François Nardi is a French painter of Italian origin and one of the masters of Provençal painting.

Young self-taught painter from Toulon when he was noticed by Frédéric Montenard who gave him his advice and encouraged him to go to Paris. After a stint at the Académie Julian and the exhibition of his works at the Salon des artistes français, he quickly experienced success that transcended borders with his landscapes of the Mediterranean and Provence. In his early days he had similarities with Claude Monet, his contemporary, but seemed to be subject to little influence from the pictorial movements of his time. He nevertheless remains in a line close to the Impressionists. At the height of his art, reversals of fortune took him away from Paris and the worlds of art and prevented him from continuing the brilliant career he had led until then. Withdrawn to Toulon in 1909, he continued to paint until his death.