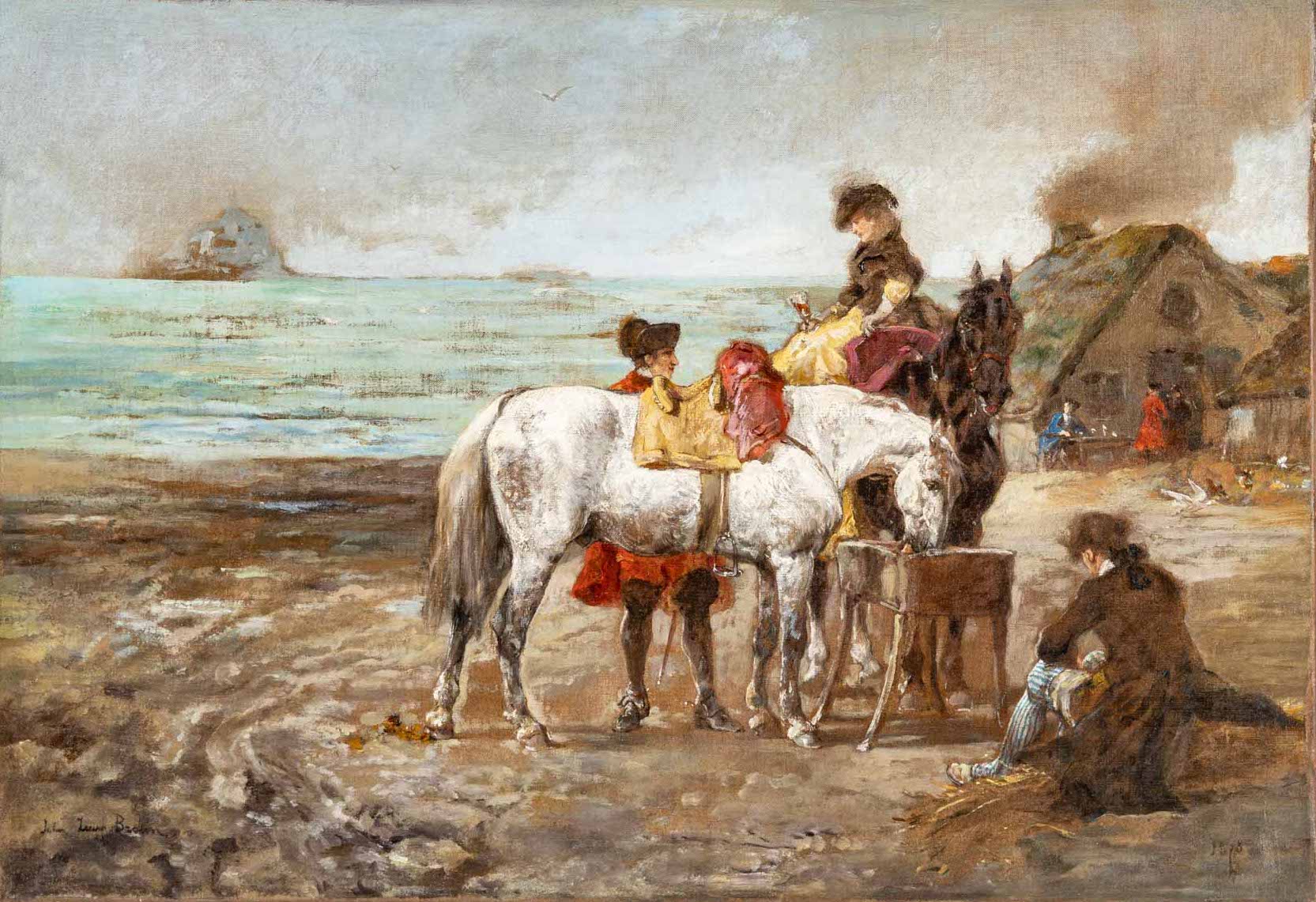 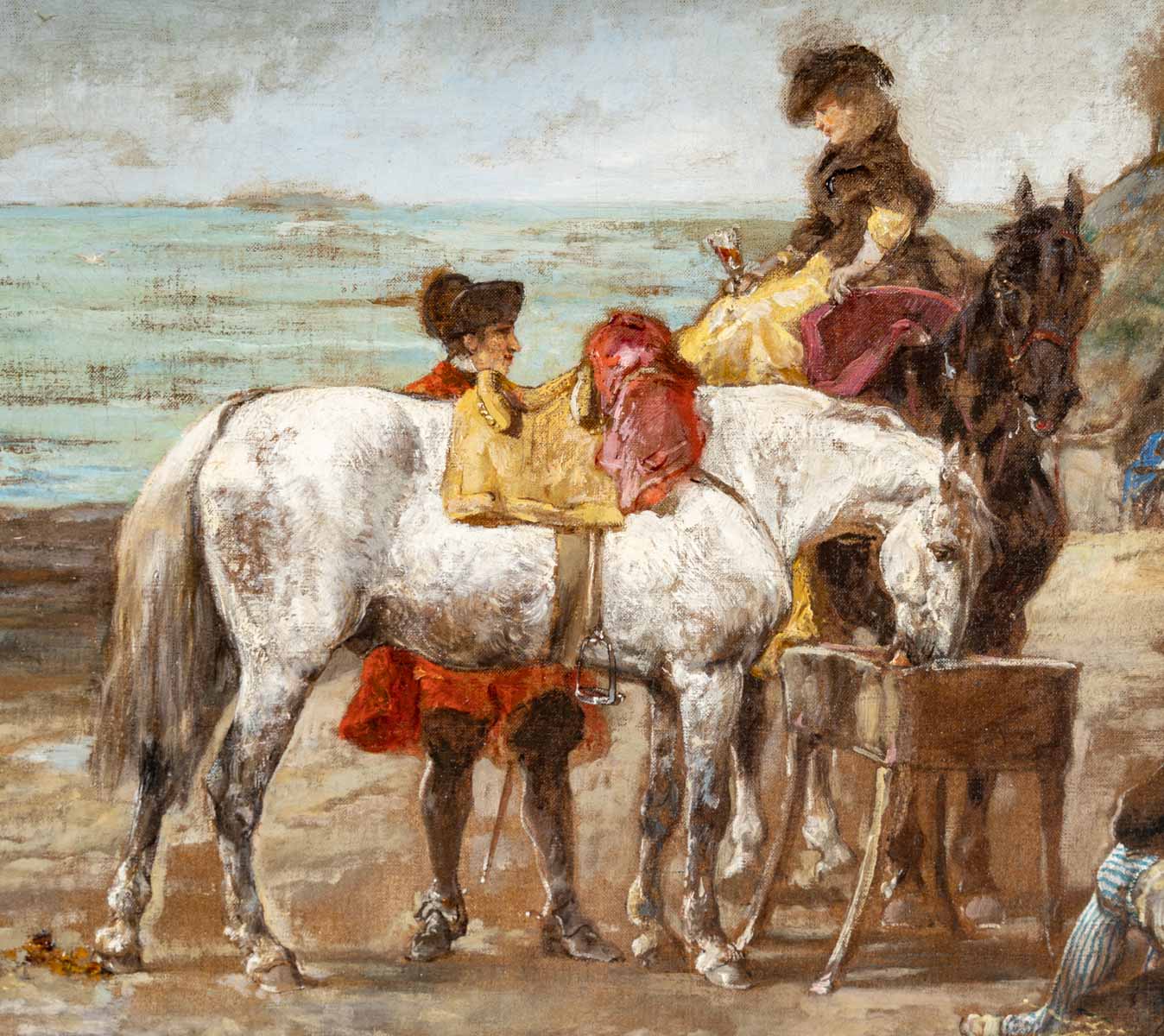 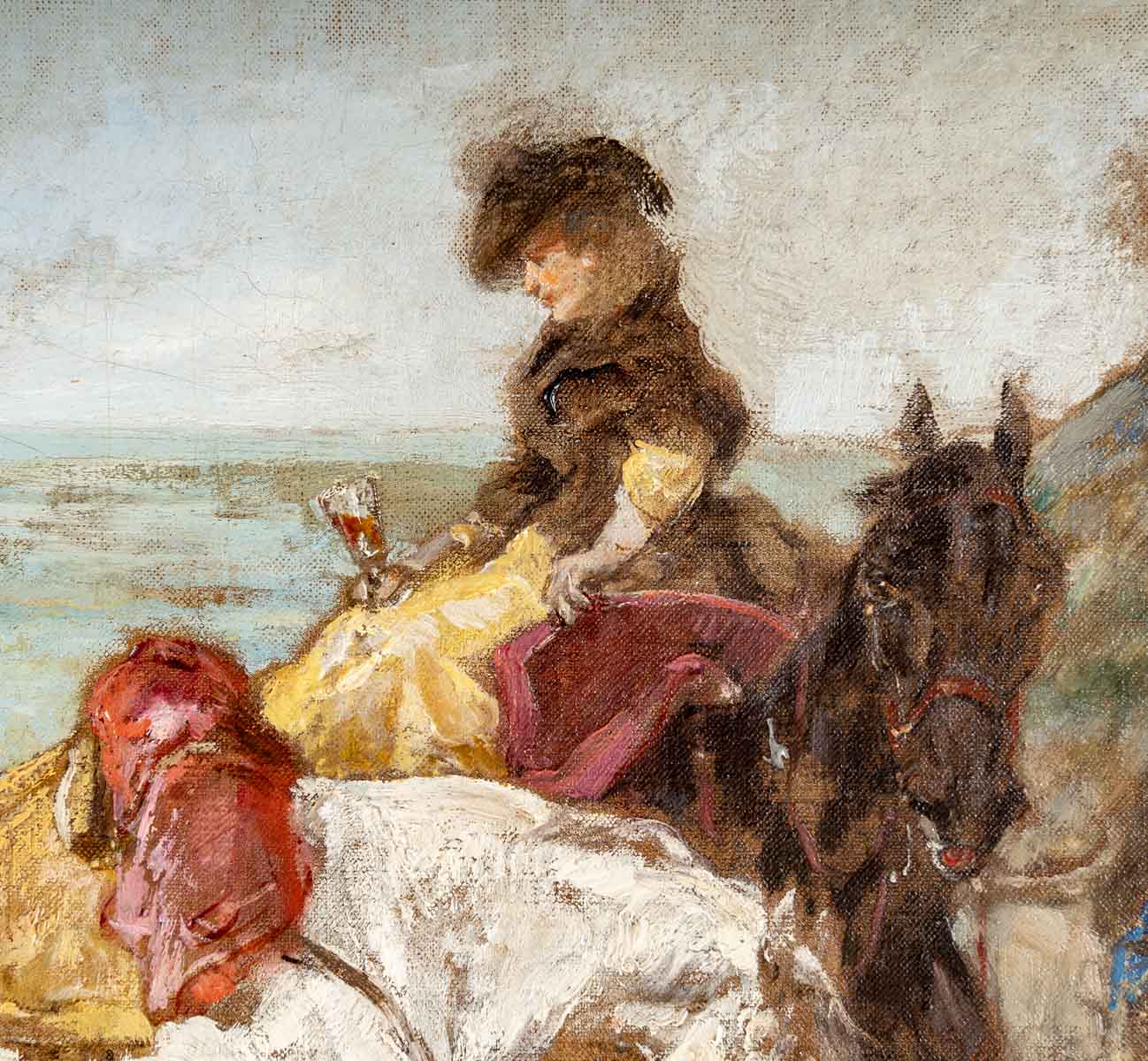 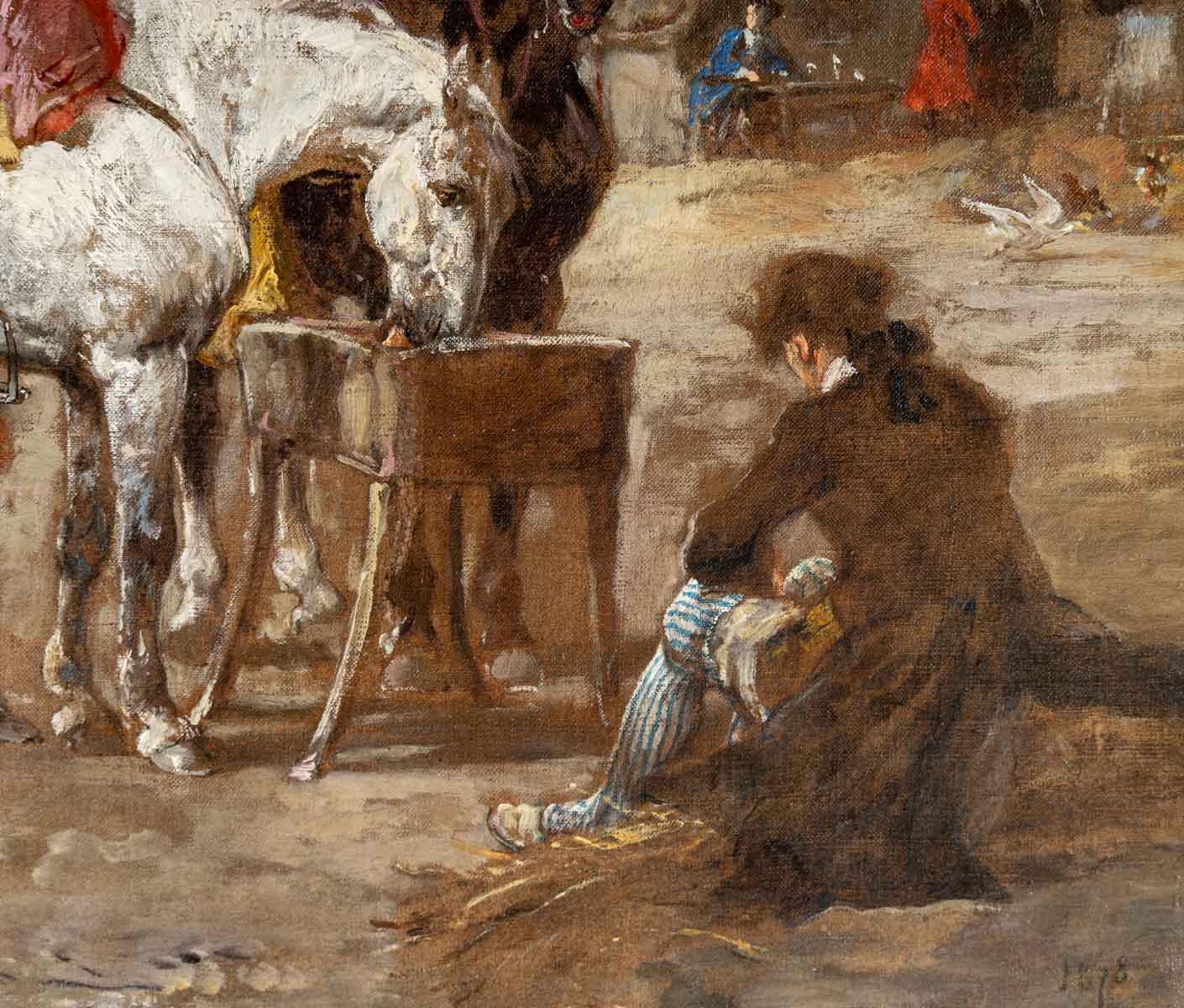 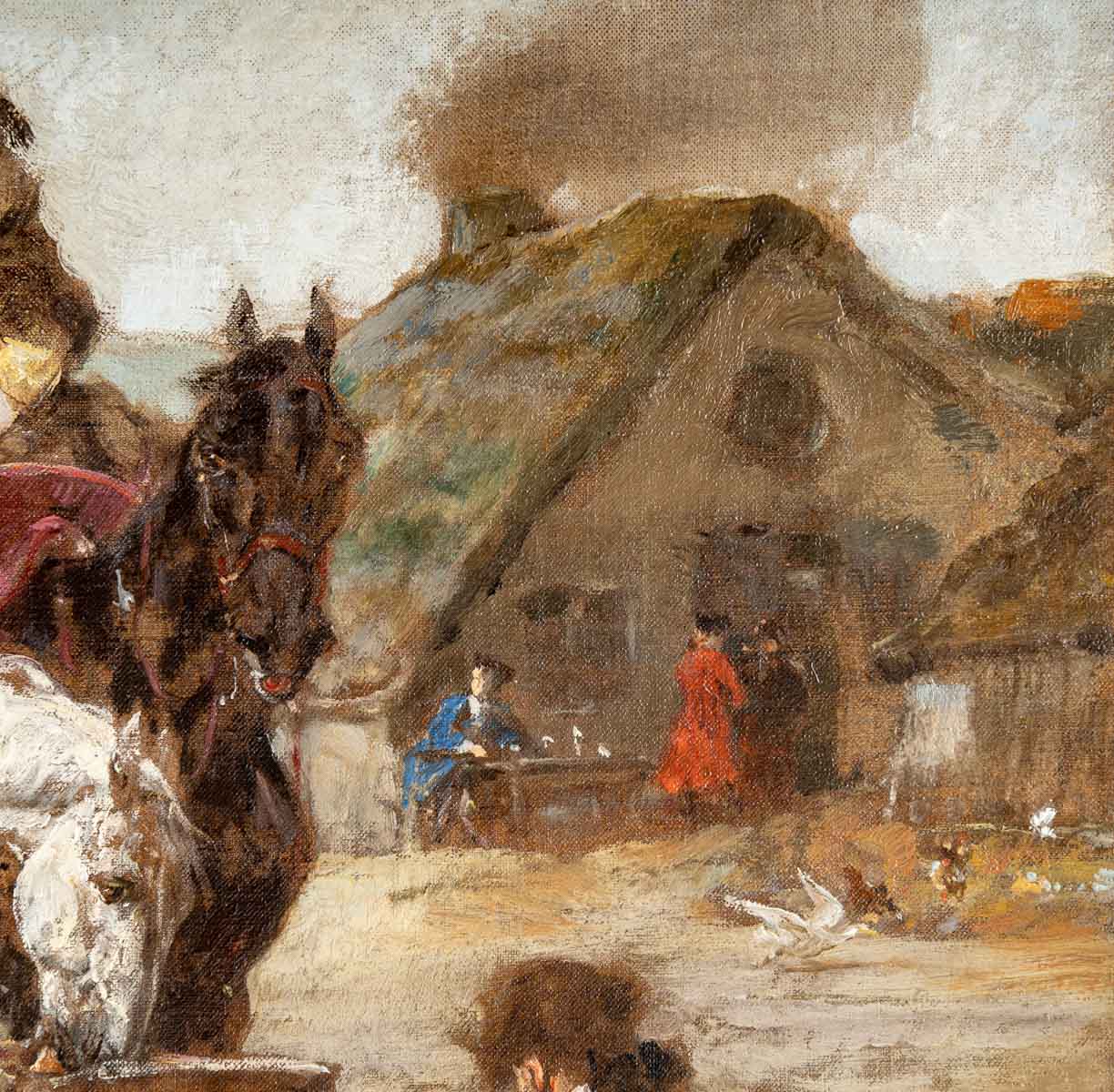 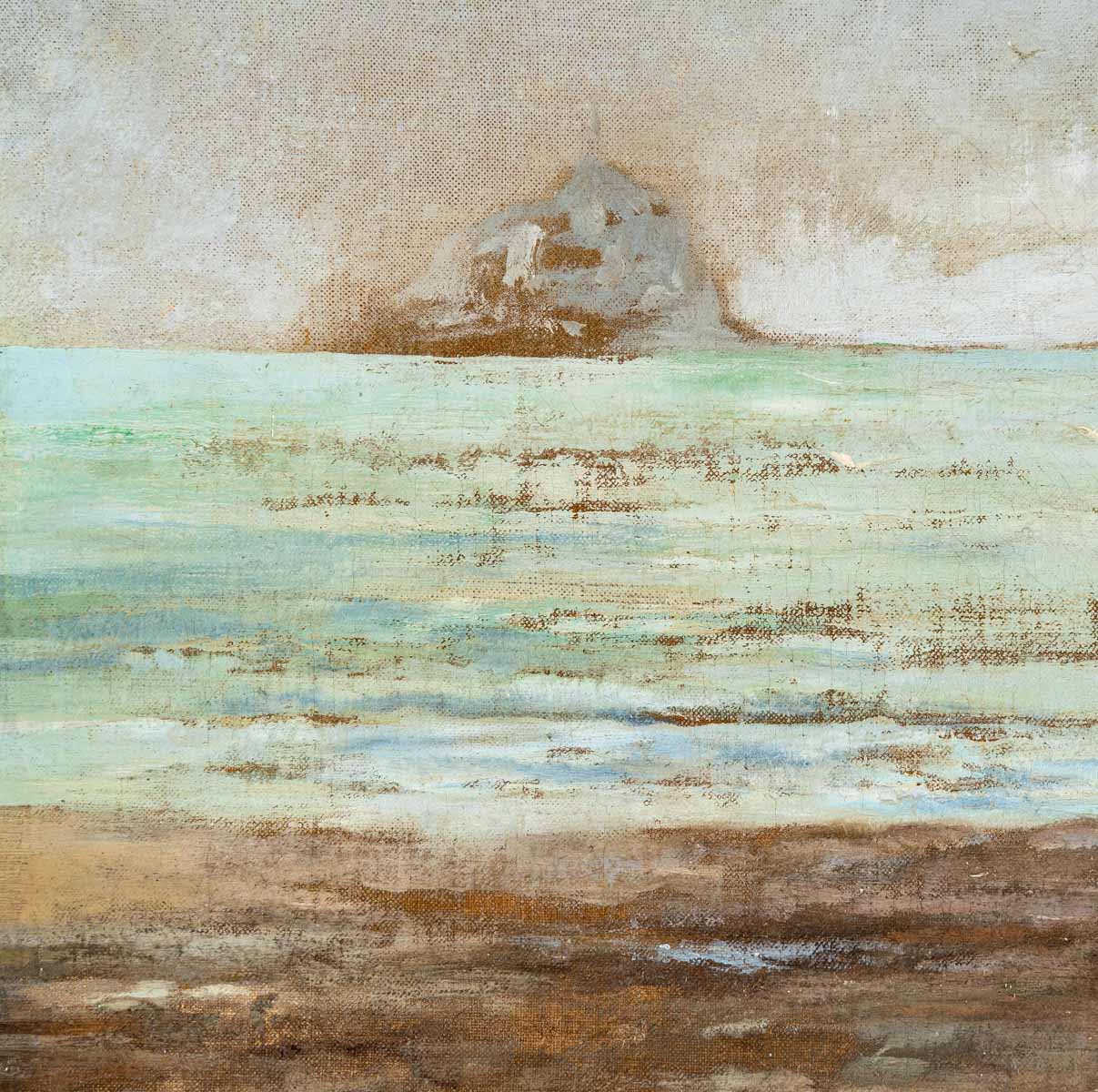 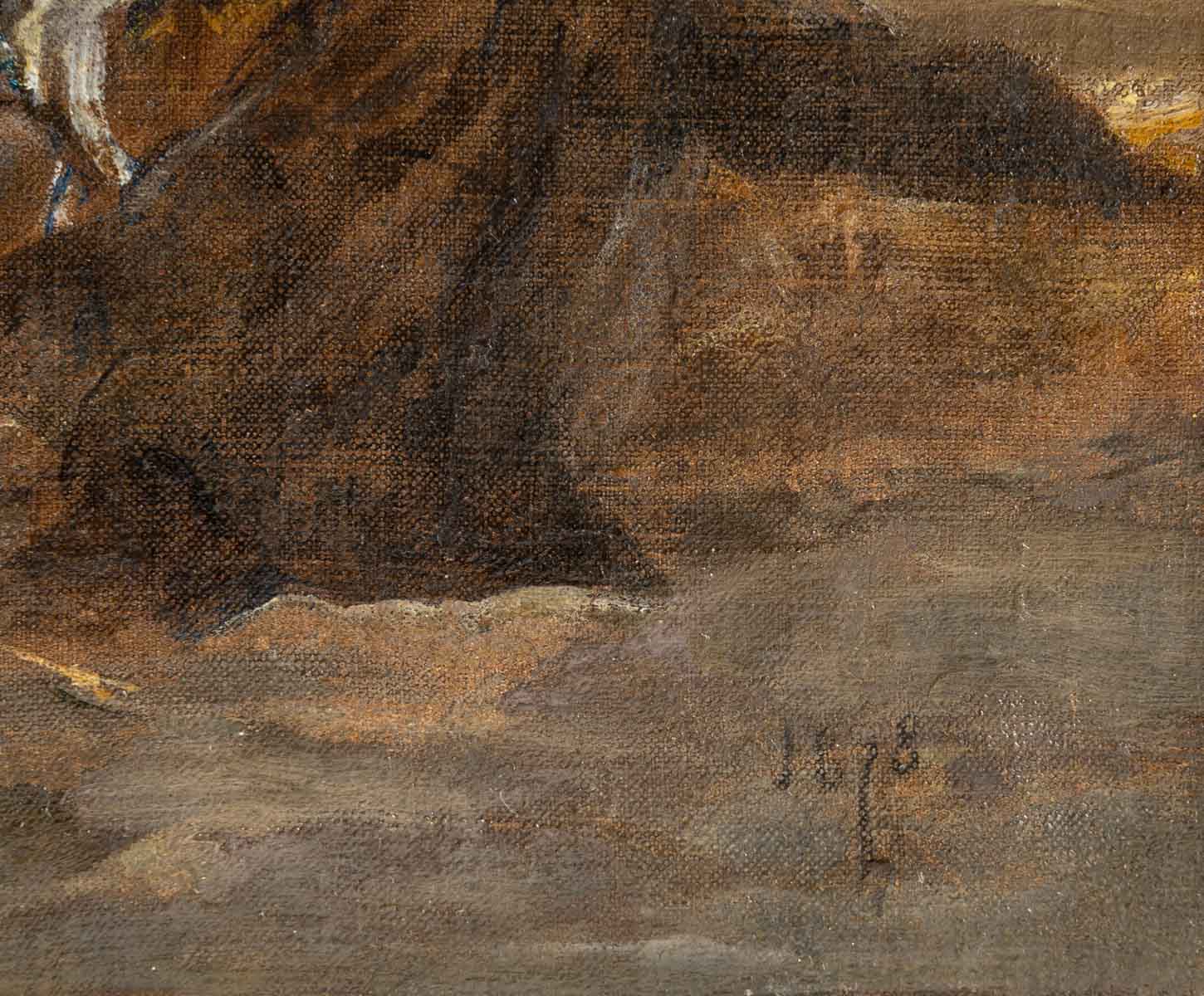 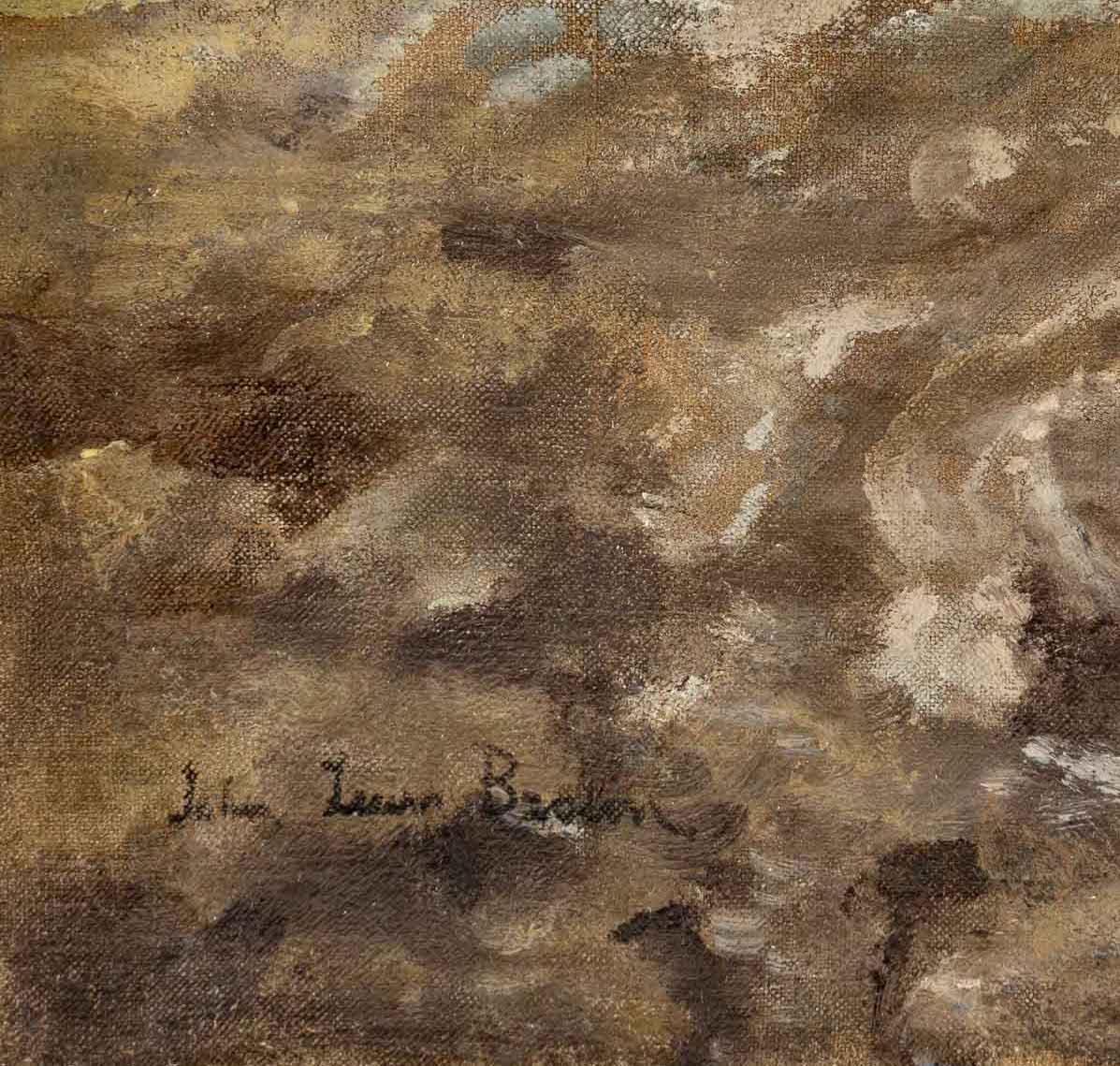 Stop at the inn facing Mont-Saint-Michel.

The painter gives us here a painting of the most charming.

Travelers stop at an inn by the sea, facing Mont Saint Michel. An amazon comforts herself with a cup of wine while her traveling companions relax and busy themselves with feeding the horses. The key is removed and free.

John Lewis Brown was born in Bordeaux to a family of 18th century English dignitaries. Coming from Scotland, the Browns would have introduced the race of English thoroughbreds in France.

At the beginning of the century, the interest shown in Lewis Brown was more linked to his late rallying to Impressionism than to his first style. From his second pictorial impulse, he corresponds with Pissarro, Manet, Degas, Sisley, Isabey. His palette brightened when he joined the Impressionists in Paris.

His ambition is to adore horses and paint them up close. If the painter gives himself masters, Géricault surpasses them all. He admires him for having “enjoyed himself in the real stables, among the pride, the brutality and all that is most horselike in the horse”.

His father owns a chateau in the Bordeaux region; winery still in operation today. The stud he owns is his son’s first step towards equine painting: he tirelessly copies and draws horses. The painter is self-taught; he worked for two years at the Haras des Pins and looked at the work of Bonington, a distant precursor of Impressionism, towards whom he showed his sympathy.

He copies Cuyp, Karel, Philips Wouverman, travels around Italy twice. In 1852, he made a long stay in Copenhagen to respond to a commission from the French State, to copy Les Pèlerins d’Emmaüs by Rembrandt. The painter meets with success through exhibitions in the provinces, receives a gold medal in Limoges. His birth made him legitimate with the aristocracy that he portrayed for a time.

We owe most of the biographical information on the painter to his brother, Ralf Brown, Inspector of Fine Arts in Paris. He spoke directly with Léonce Bénédicte, curator of the Musée du Luxembourg and editor of the artist’s exhibition catalogue.