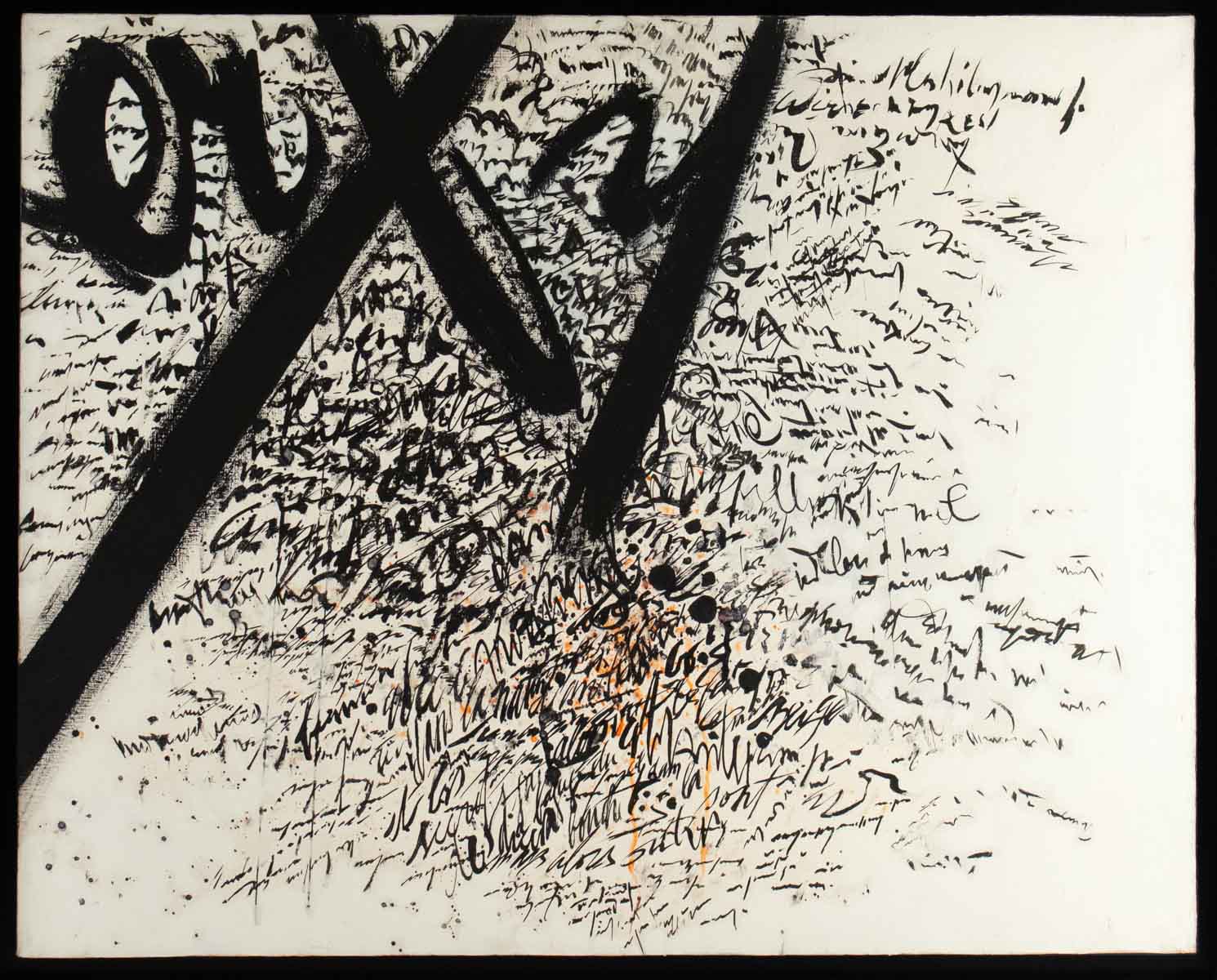 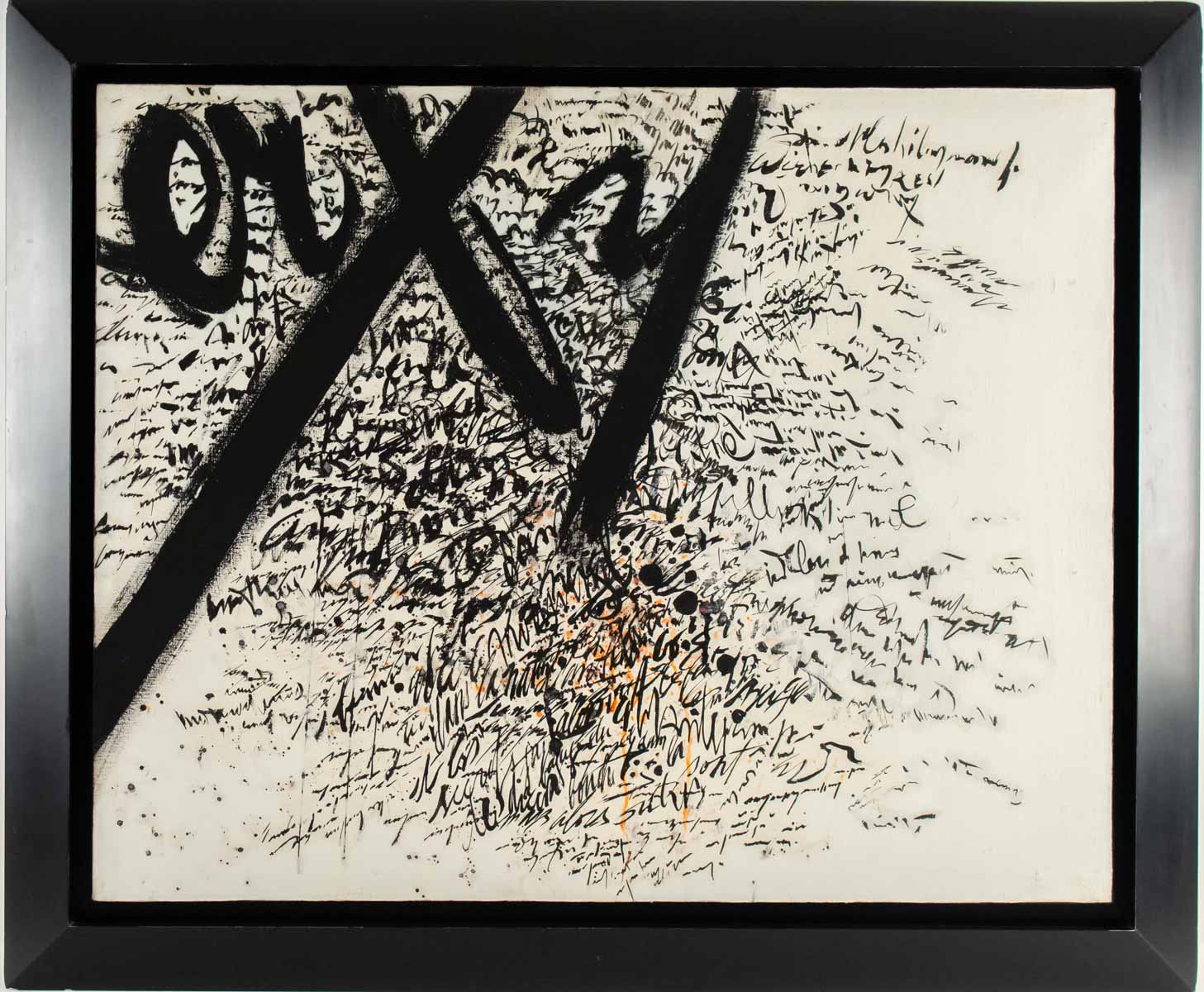 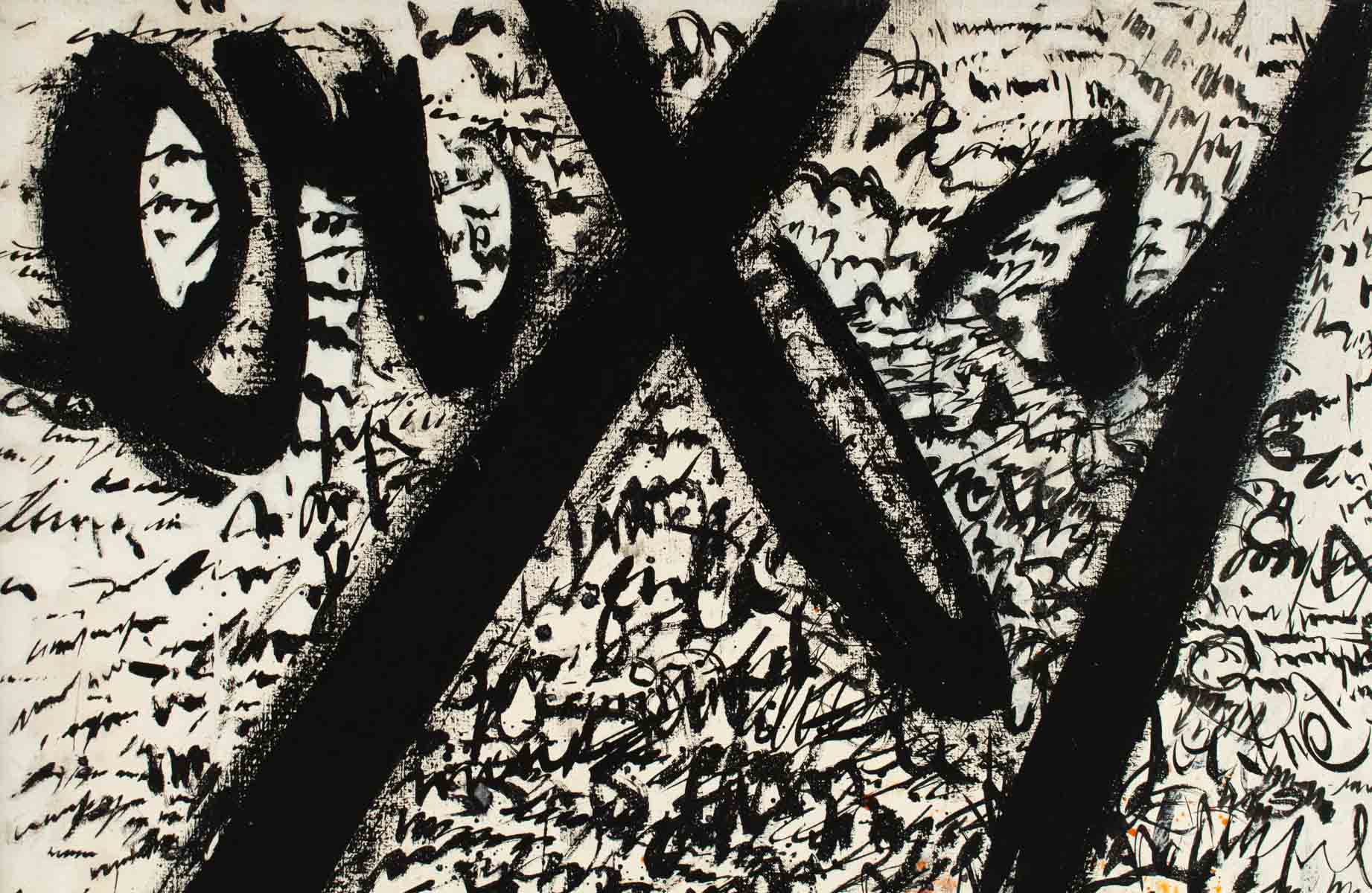 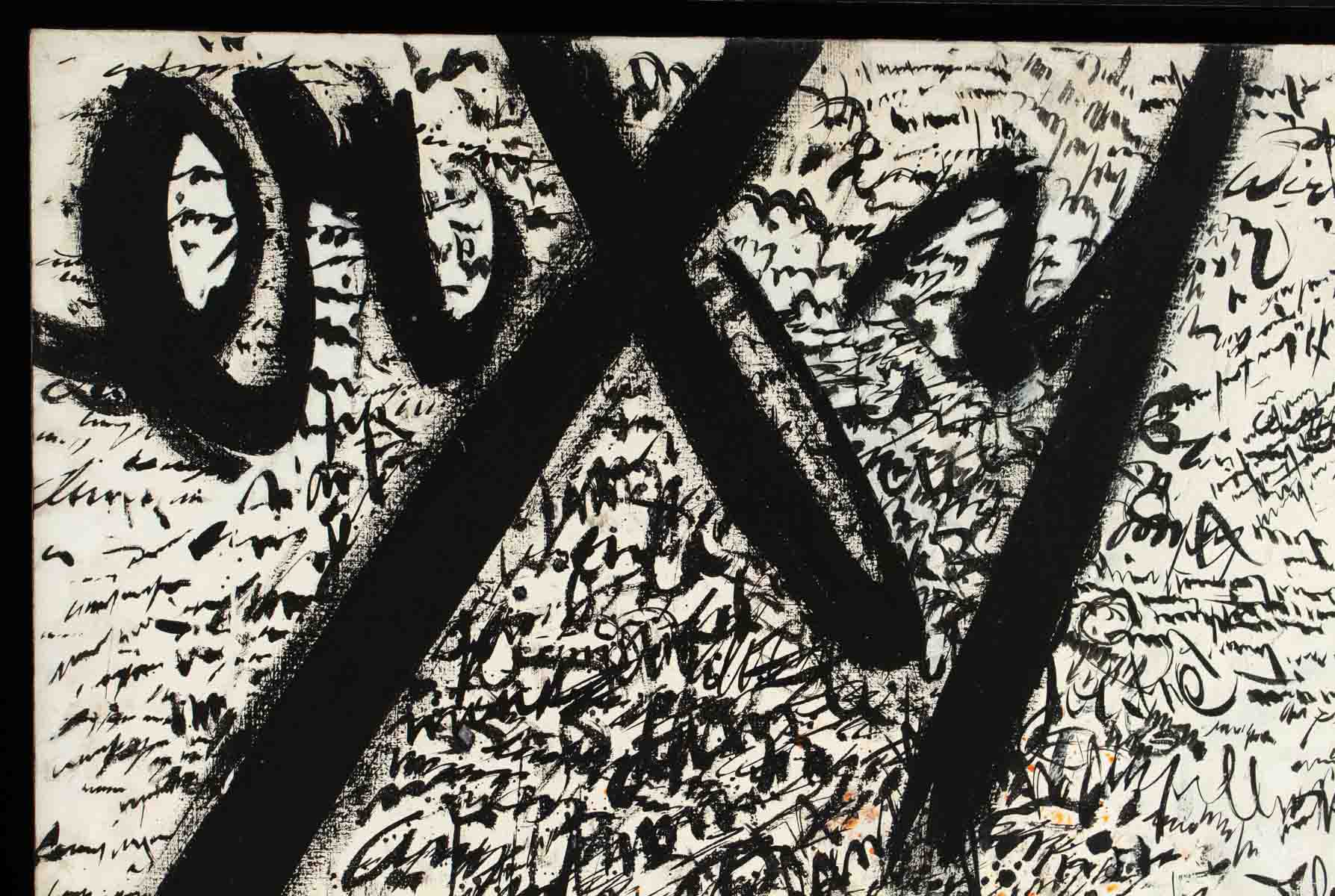 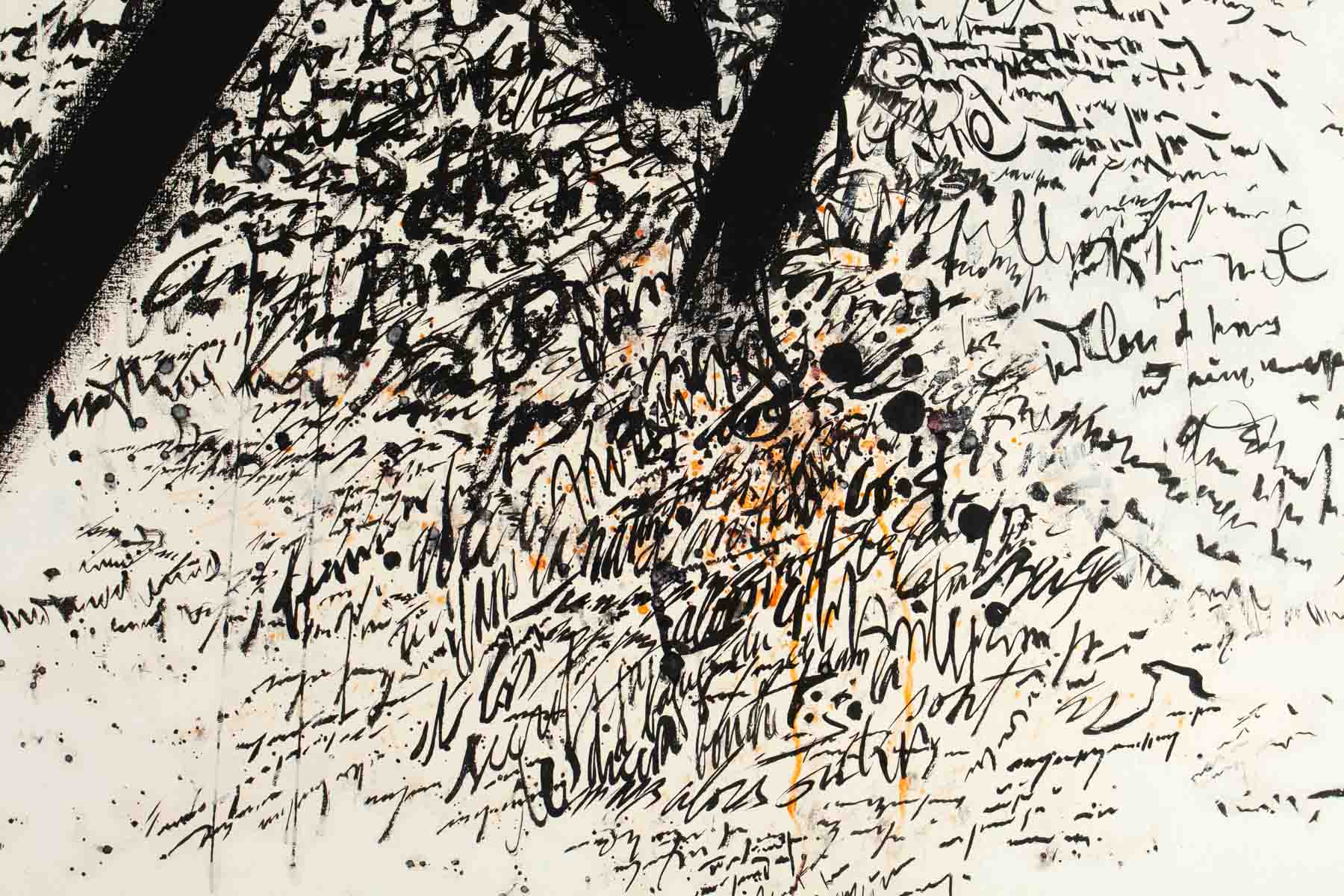 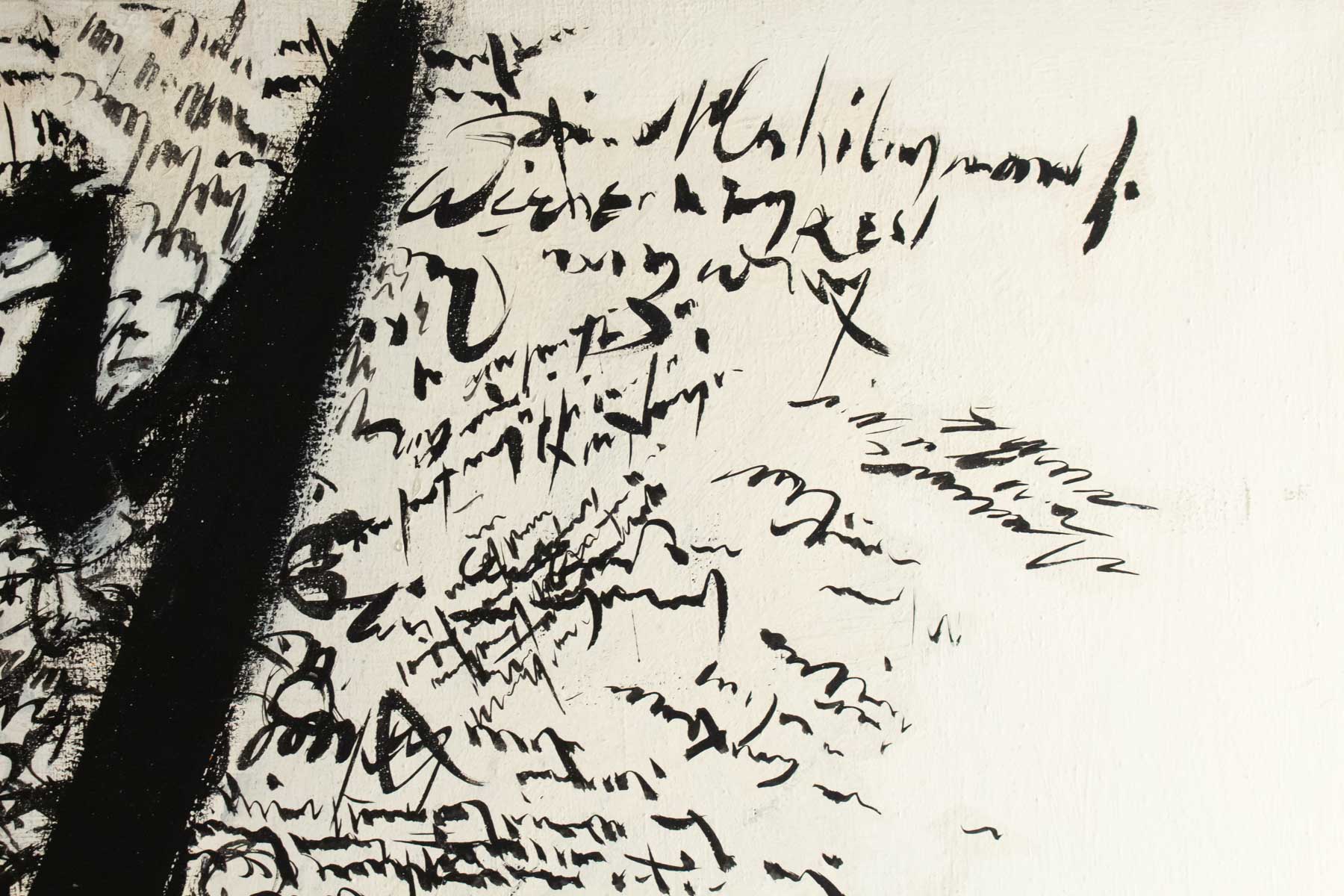 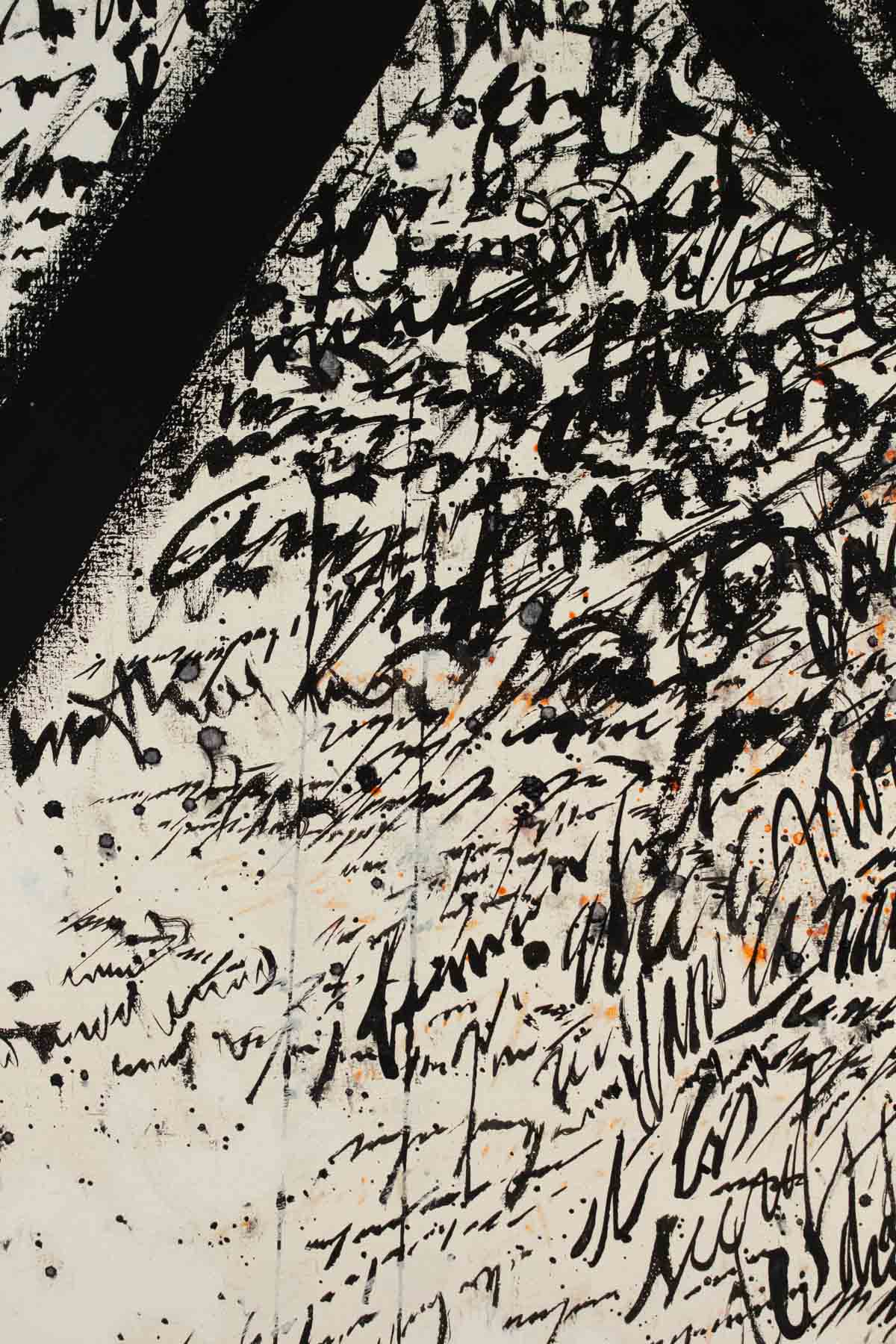 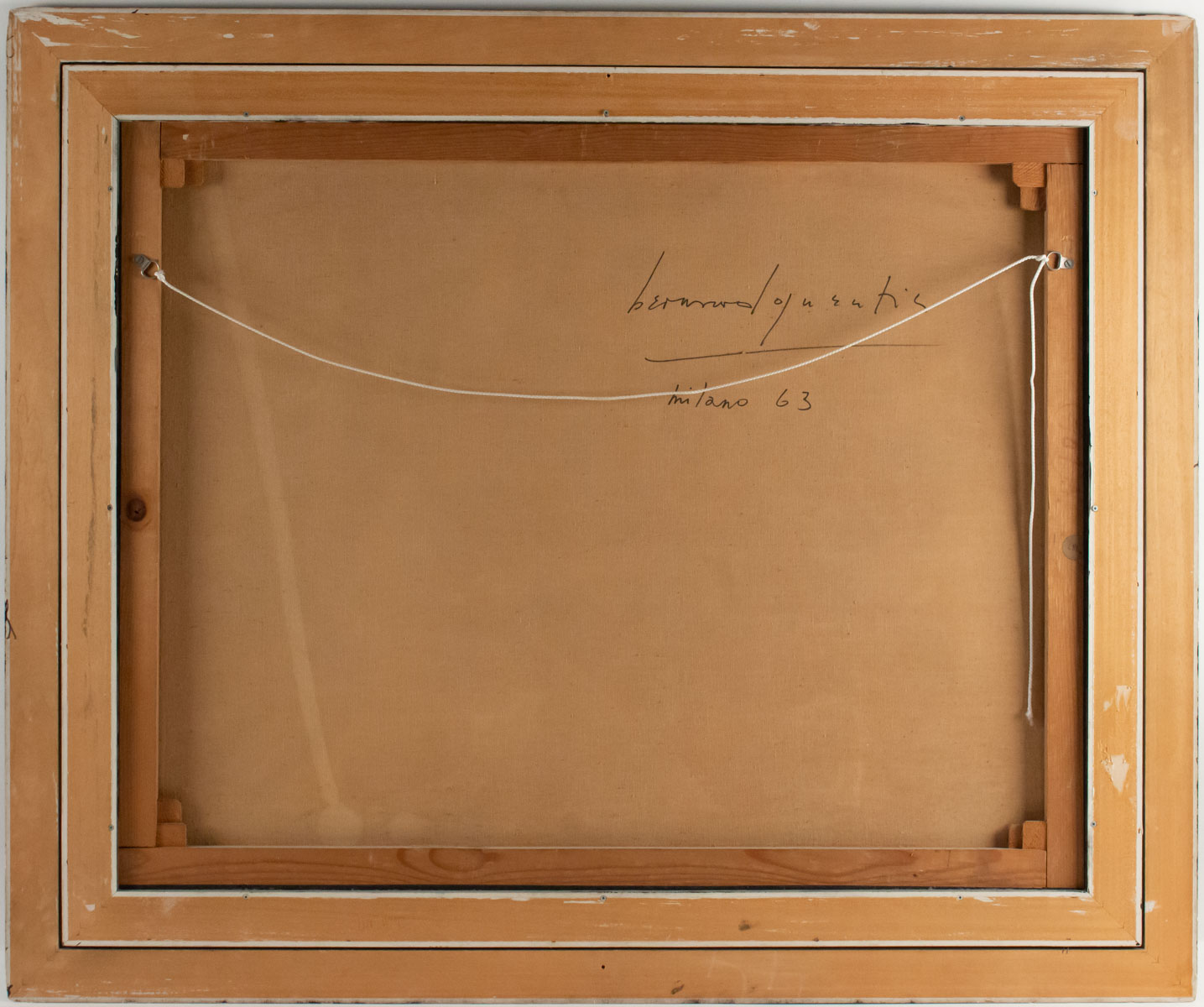 The canvas, of large dimensions, is left raw; the black letters of the Latin and Arabic alphabet develop and spread on its surface. They explode, like a tangle of words whose meaning has been lost: only the form and the symbol of the letter interests Bernard Quentin.

In 1940, Bernard Maurice Quentin moved to Paris. He studied painting, sculpture and architecture at the School of Decorative Arts and the School of Fine Arts in Paris. After the Second World War (during which he took part in the resistance), he became familiar with Picasso. From 1946, he became a usual figure in Saint-Germain-des-Prés, which mixed philosophers, poets, writers, painters, sculptors, actors and musicians of existentialist, surrealist or other persuasion, and who constituted, at that time, the core of the Parisian intelligentsia .

Friend of Pierre Dimitrienko, Serge Rezvani and François Arnal, he was influenced by Pablo Picasso and Paul Klee. The first, whom he met in 1945, made him lean towards abstract expressionism. The second led him to abstraction, which earned him his first ideograms and shorthand graffiti.

In 1947, during a trip to the south of France and Italy, he discovered the rock inscriptions of the Vallée des Merveilles, affirming his initial interest in the poetic spontaneity of all imaginary ideograms and other hieroglyphs. In the 1950s, he collaborated with Le Corbusier on architectural projects. He travels to Brazil, Peru, Africa and Eastern Europe, as well as Scandinavian countries, including Lapland, where he studies local runes.

From 1952, he worked on much larger formats, during which his graphic signs lost their geometric aspects and once again developed a gestural dynamic. After 1980, Bernard Quentin produced a series of paintings in which evocations of crowds are intertwined with scripts and graffiti.