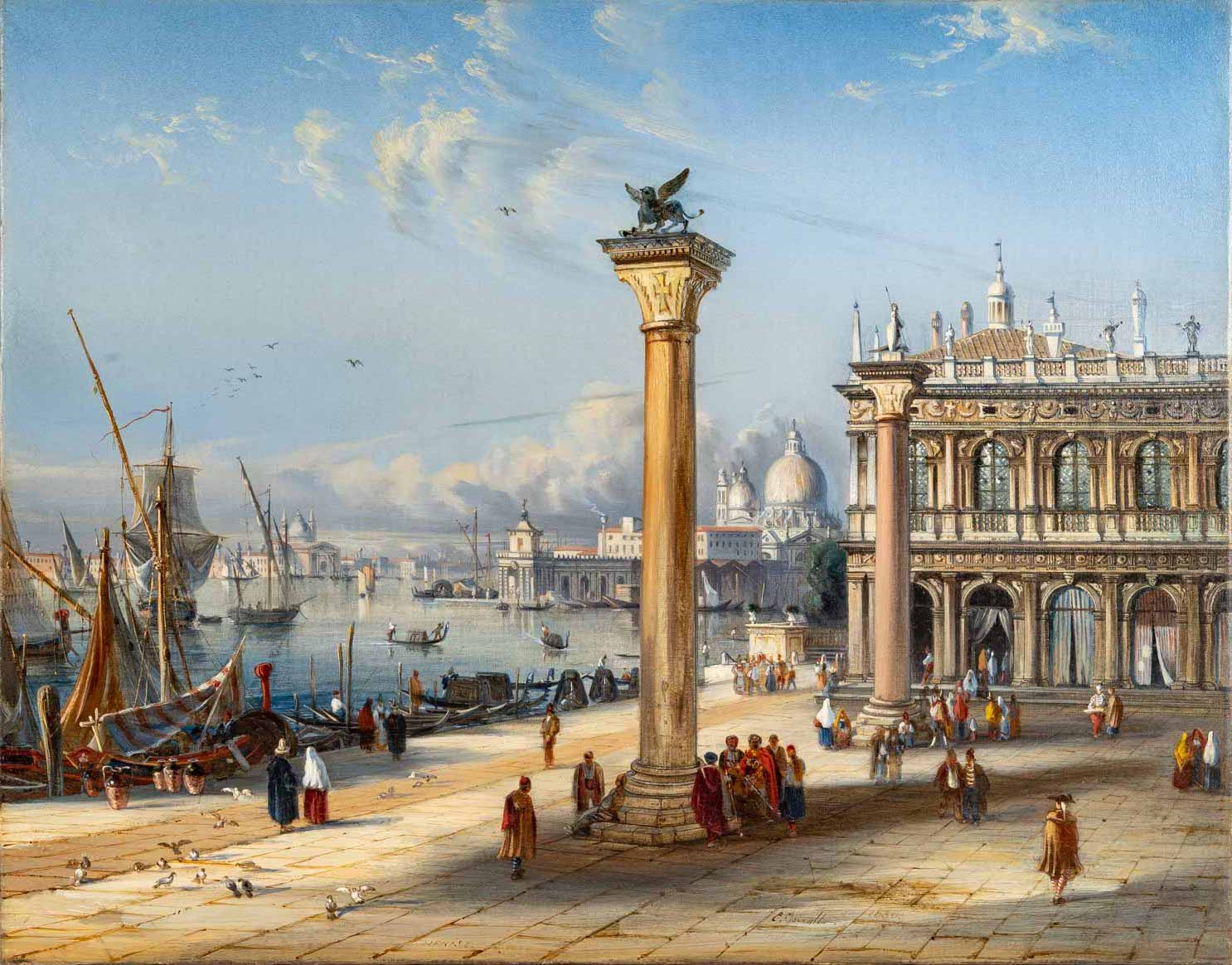 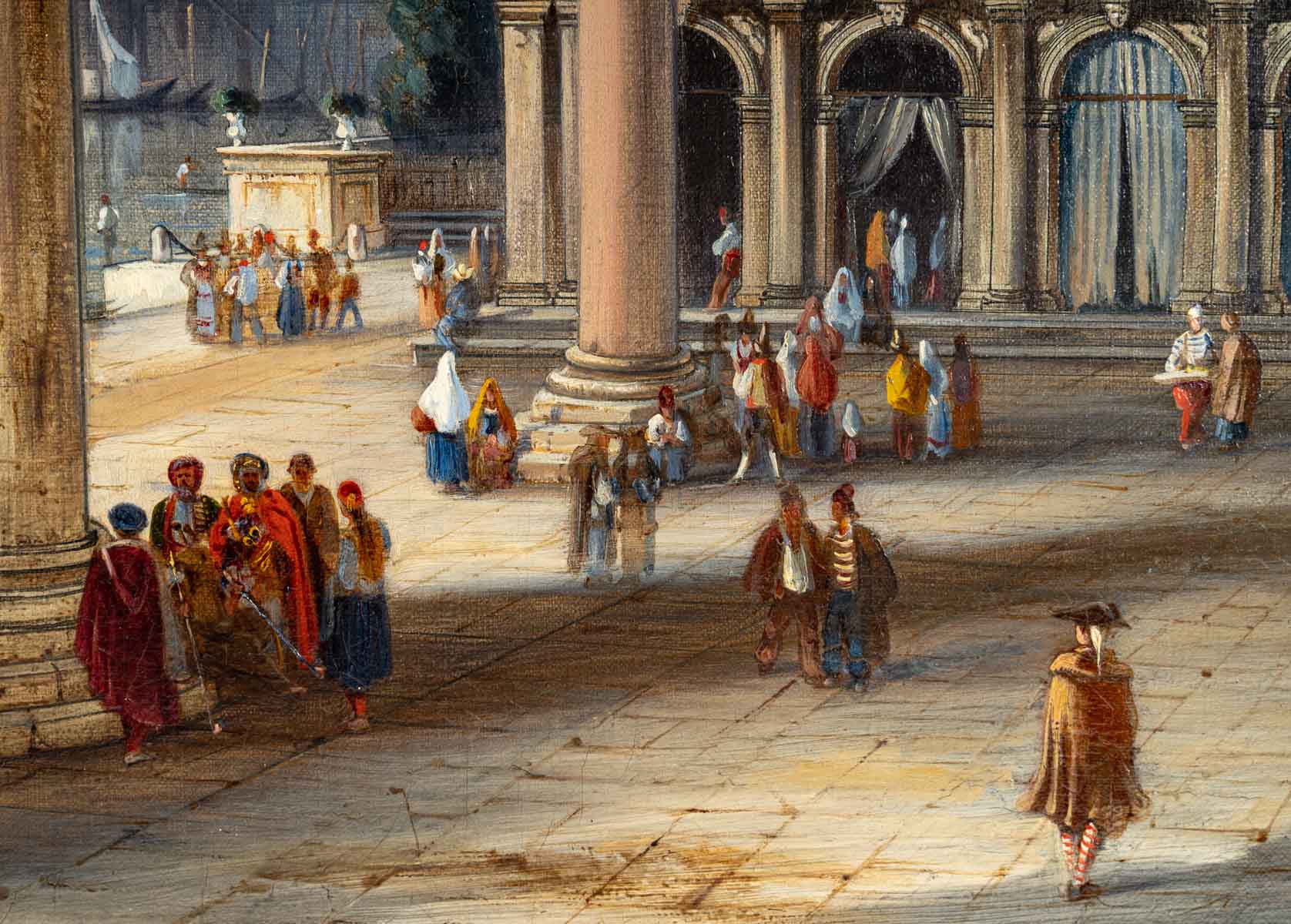 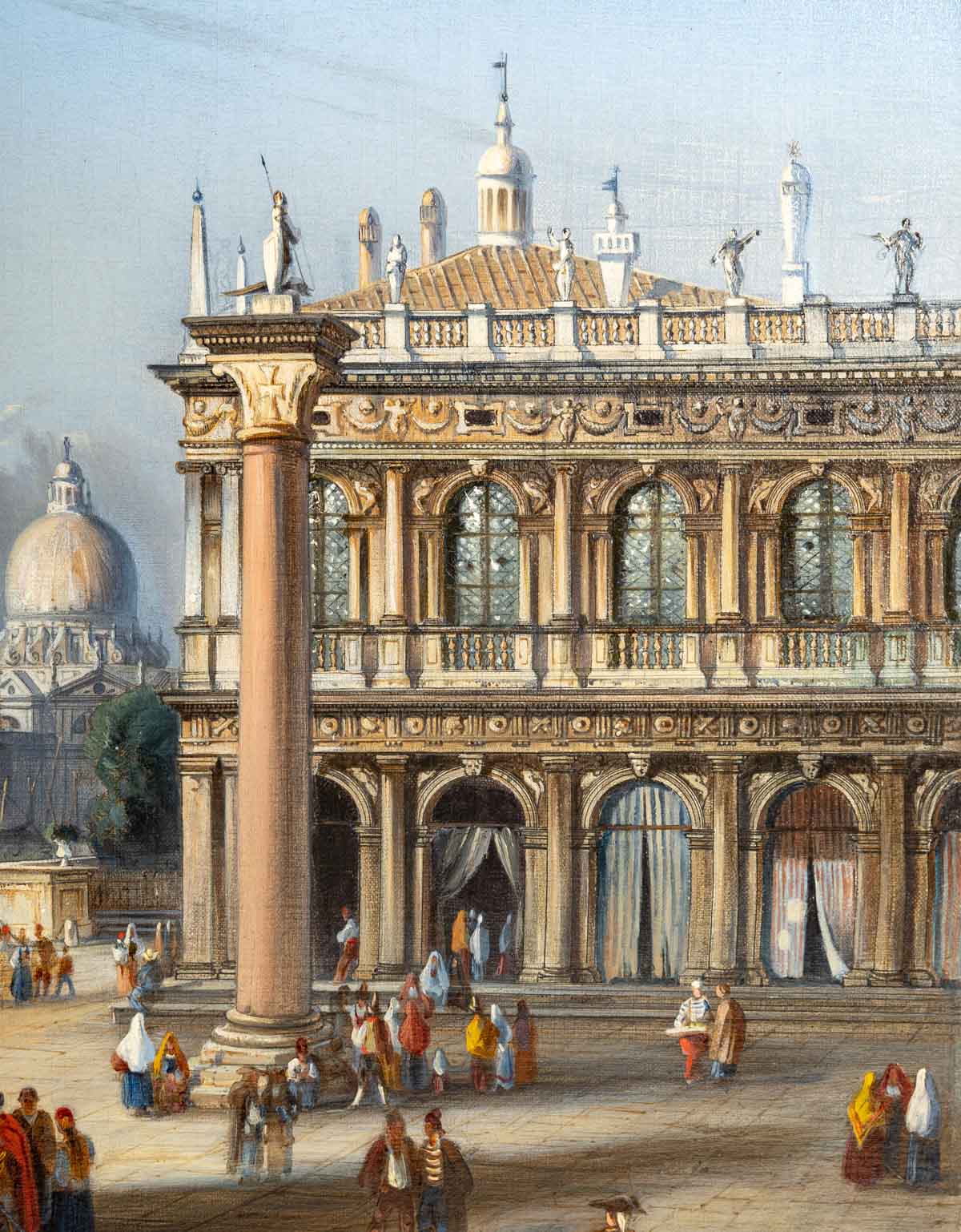 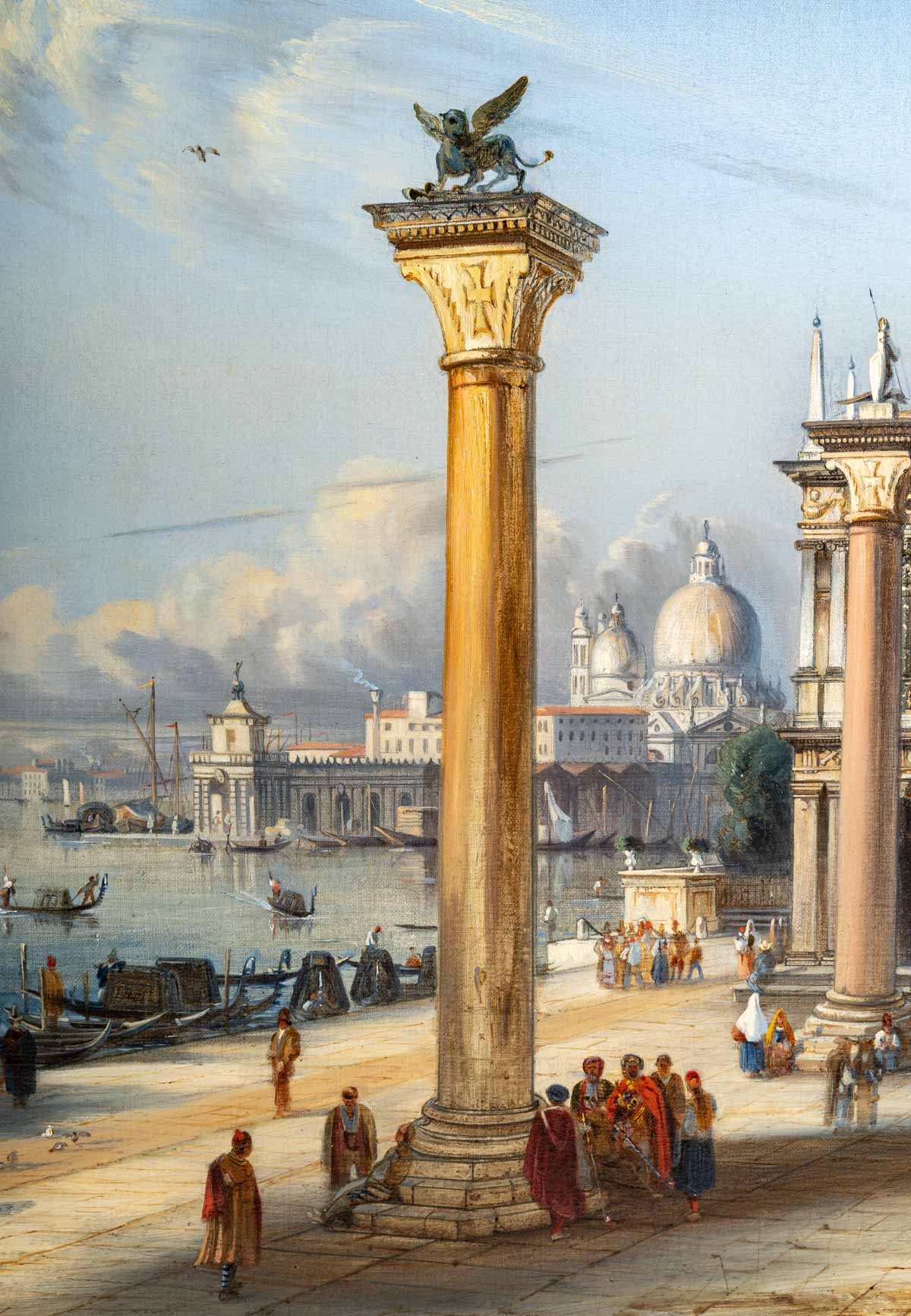 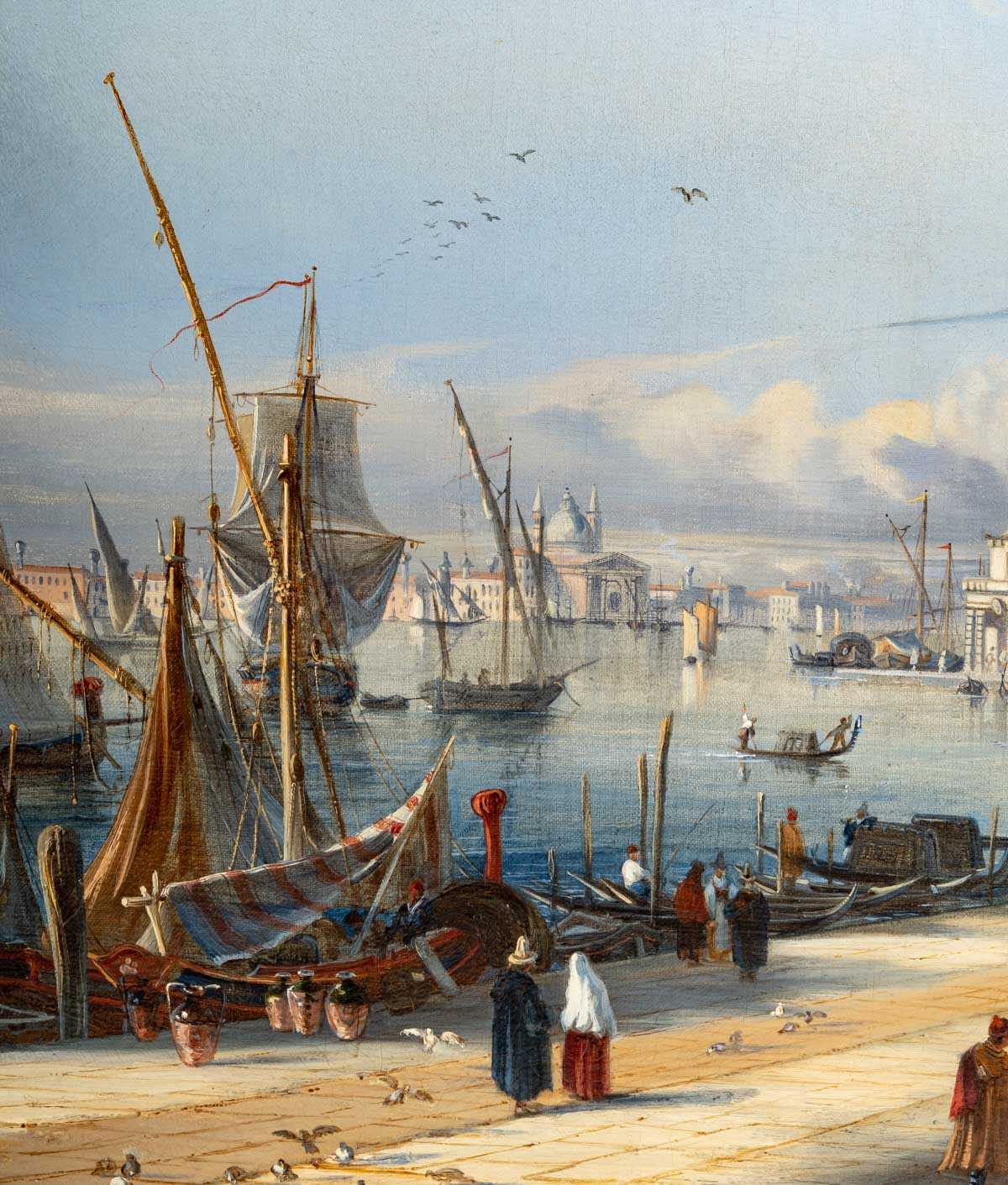 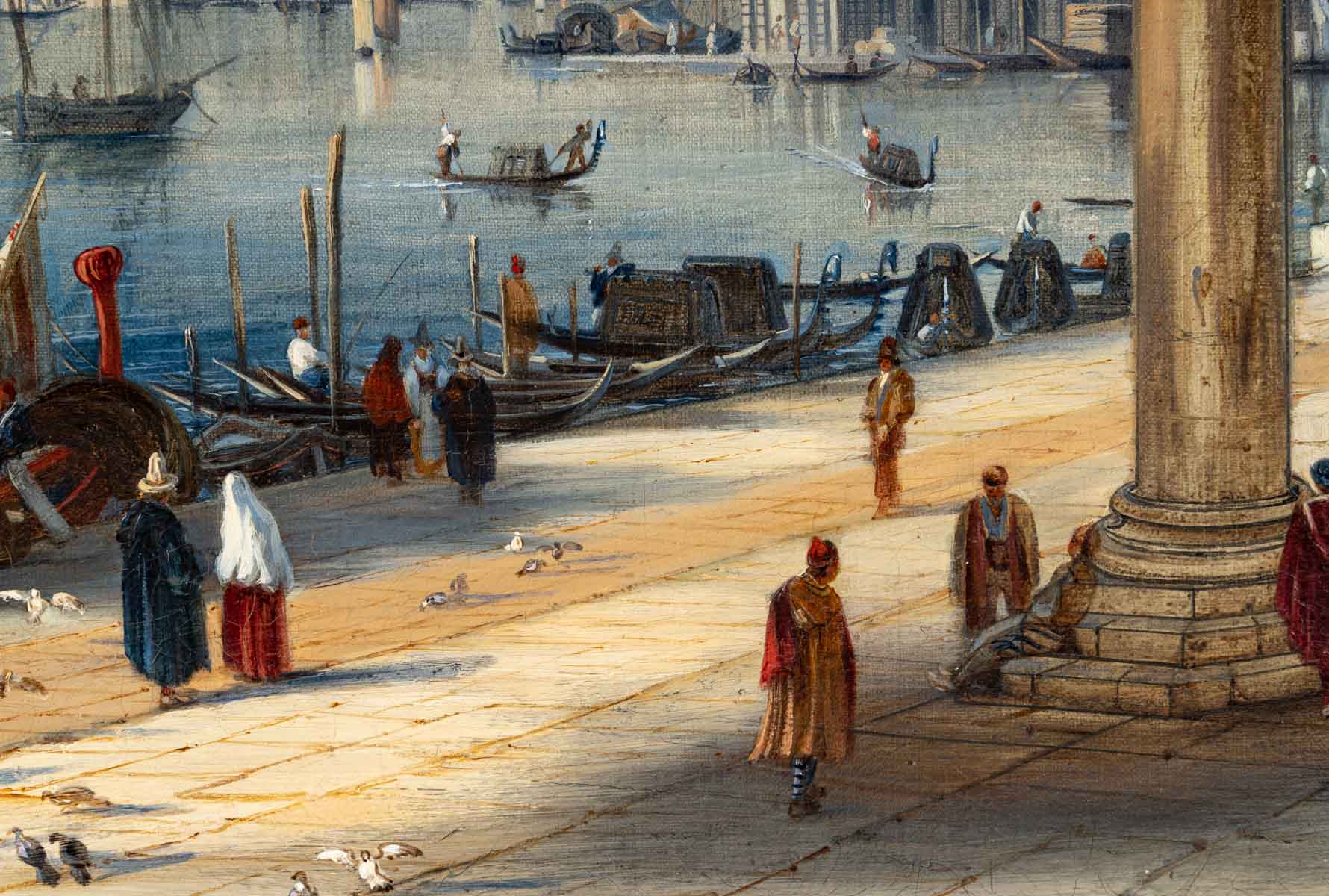 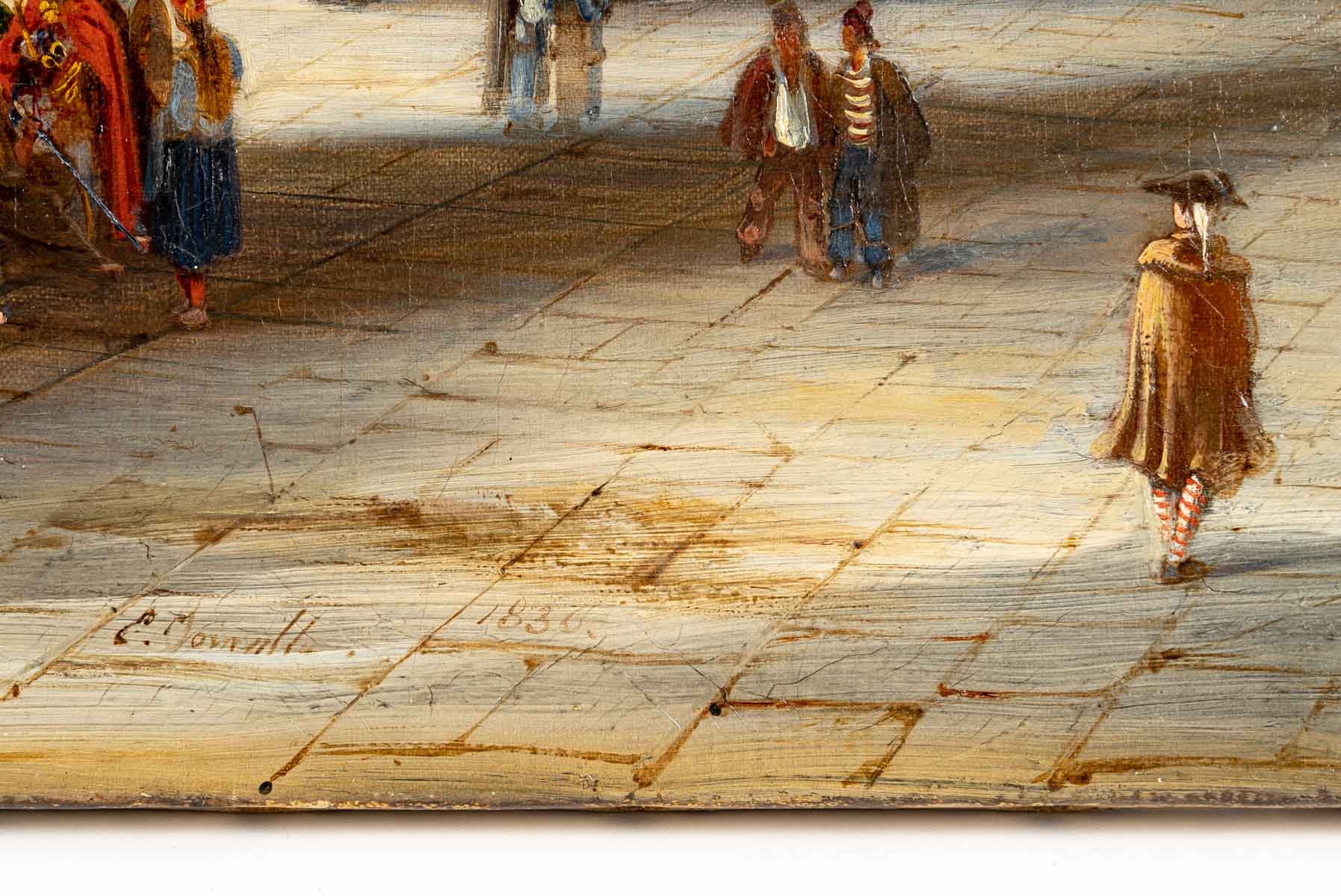 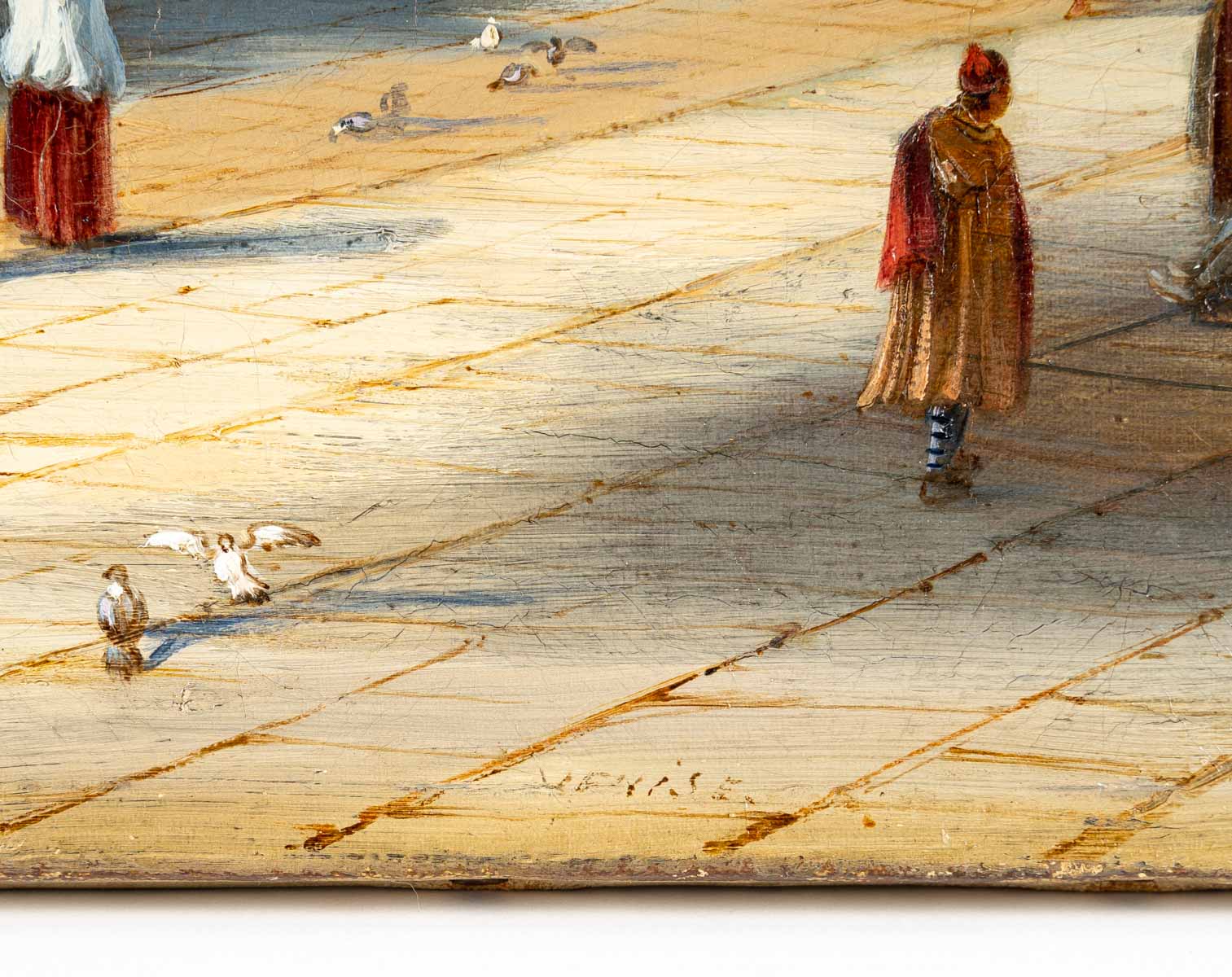 Venice, view of St. Mark’s Square towards the Grand Canal and the Basilica of Santa Maria della Salute, dated 1836.

Antoine Edmond Joinville gives us a representation of St. Mark’s Square in Venice, the iconic architectural jewel of the Venetian city center. The canvas offers us a show of remarkable finesse and subtlety.
Through a bird’s eye view, the painter takes us to this mythical square where life is in full swing. A scattered and heterogeneous crowd where different social classes mix. While some are discussing, like in a forum of the Antiquity, other workers of the city are busy. The Orientals in the crowd are signs of the cultural mix of a cosmopolitan and multicultural city. The gondoliers, another symbol of Venice, are moored and ready to go to work.
An opening on the Grand Canal reveals the majestic Basilica of Santa Maria della Salute in the background. In the center of the canvas, the column of the lion of Saint Mark is enthroned, withthe Biblioteca Marciana in the background. A few clouds are looming on the horizon, leaving a few streaks on the blue sky.

The style is characteristic of Italian classical painting, one of whose representatives is Antonio Canaletto.

Antoine-Edmond Joinville trained at the Beaux-arts in Paris.
He was a member of the second generation of classical landscape painters working in Italy with Edouard Bertin, Caruelle d’Aligny, Alexandre Desgoffe and Corot. He first visited Italy in 1824 and produced several views of Genoa, Venice, Rome, Naples between 1831 and 1848. During this period, Joinville travelled at least once to North Africa.