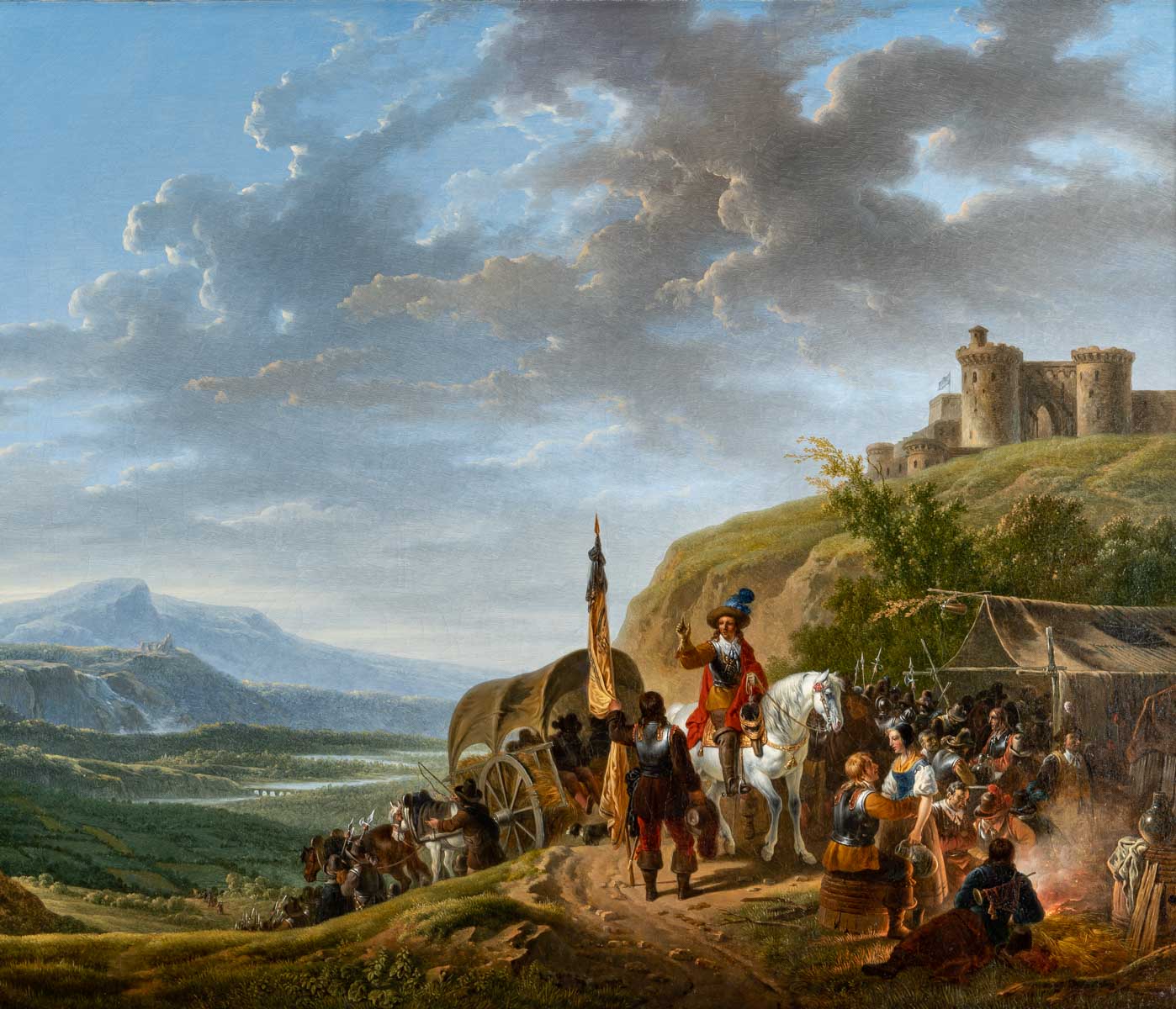 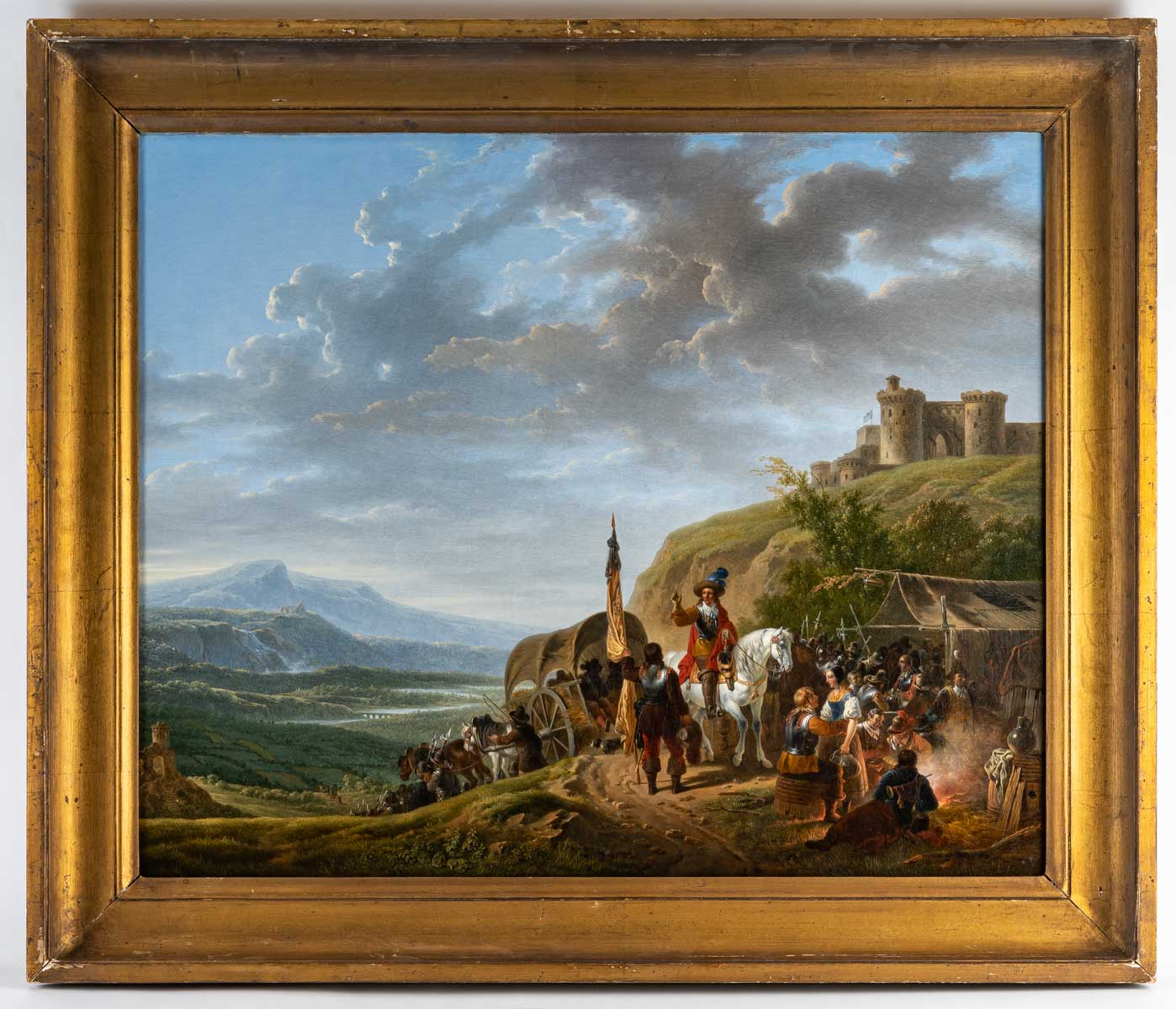 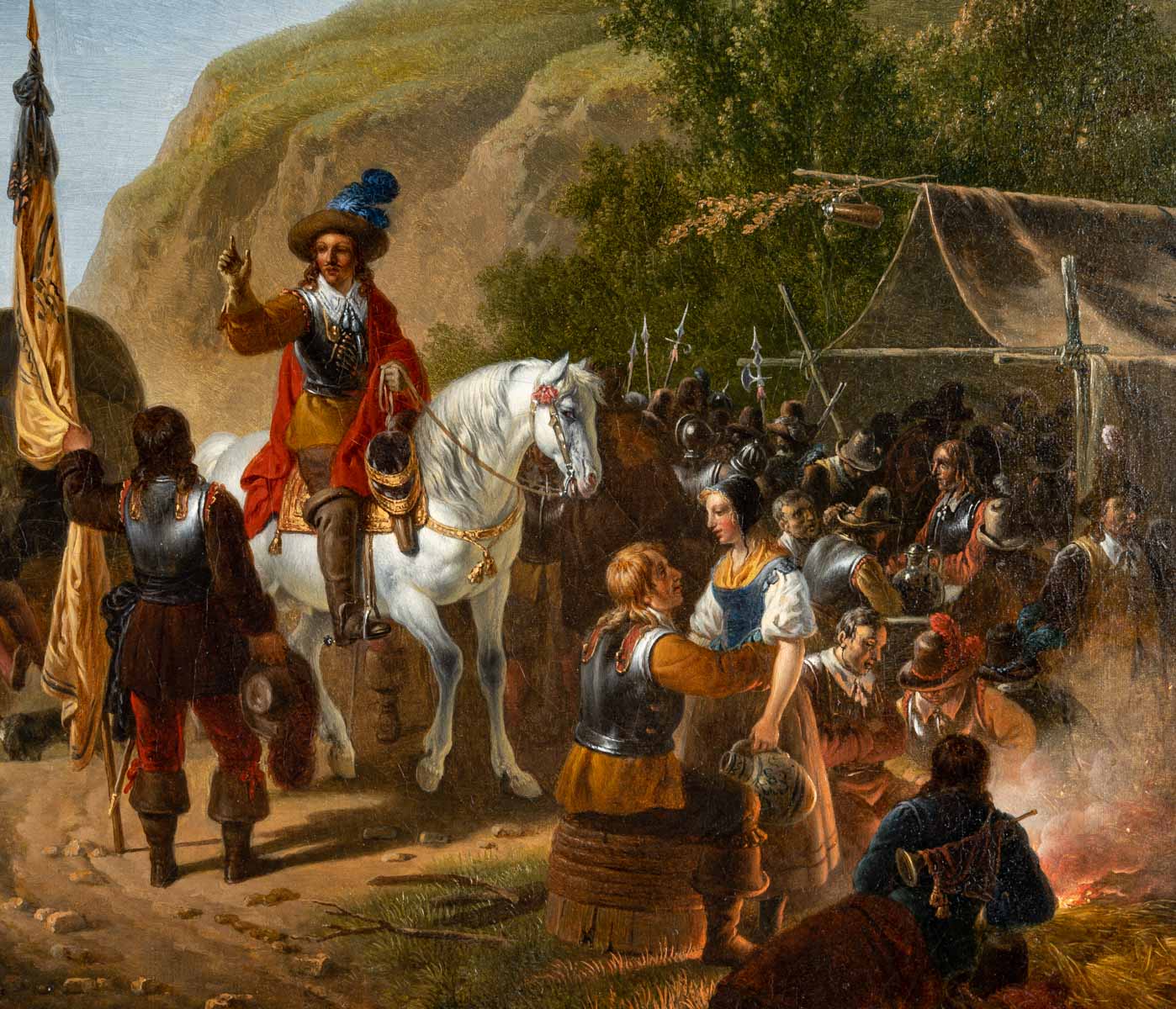 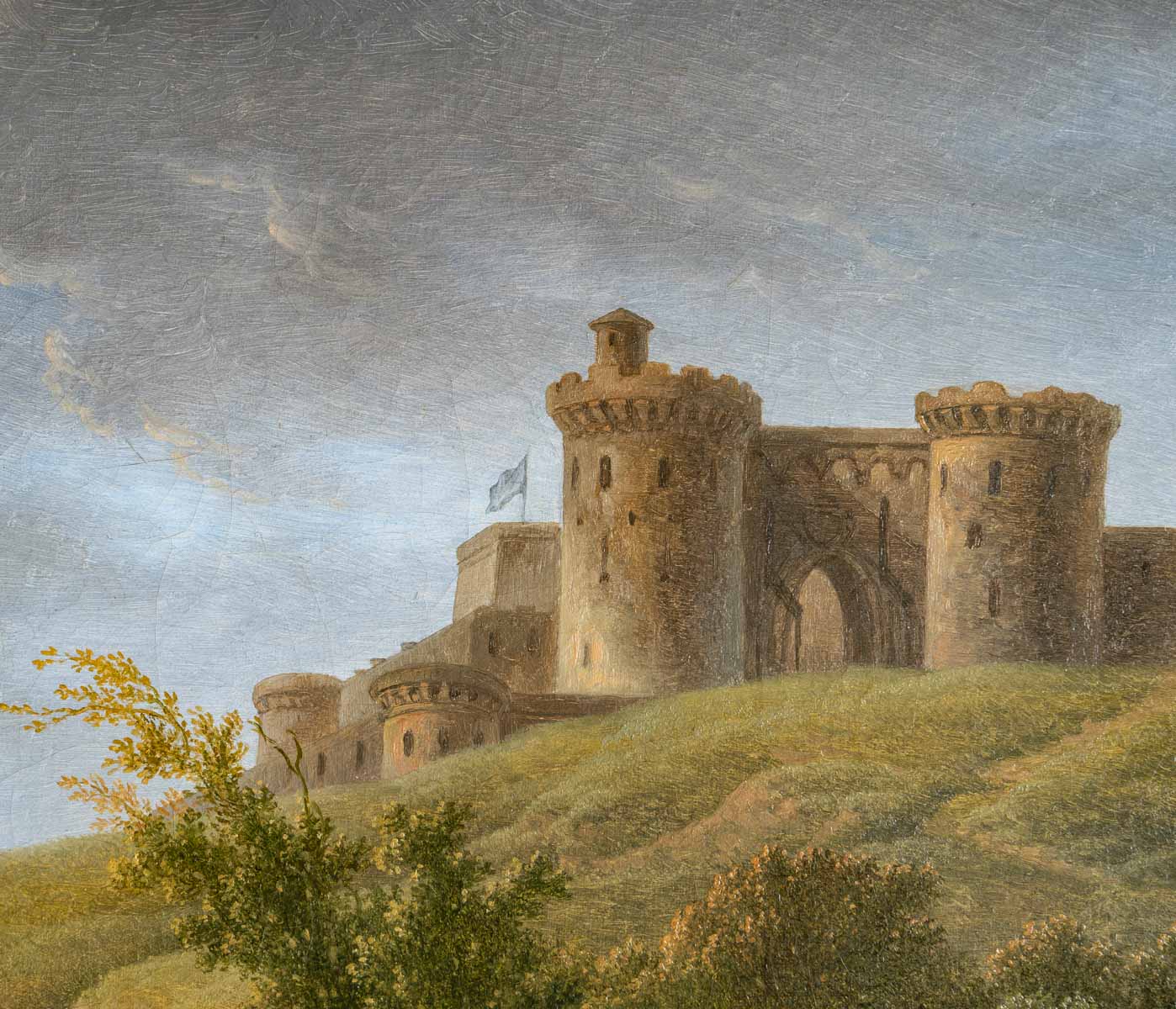 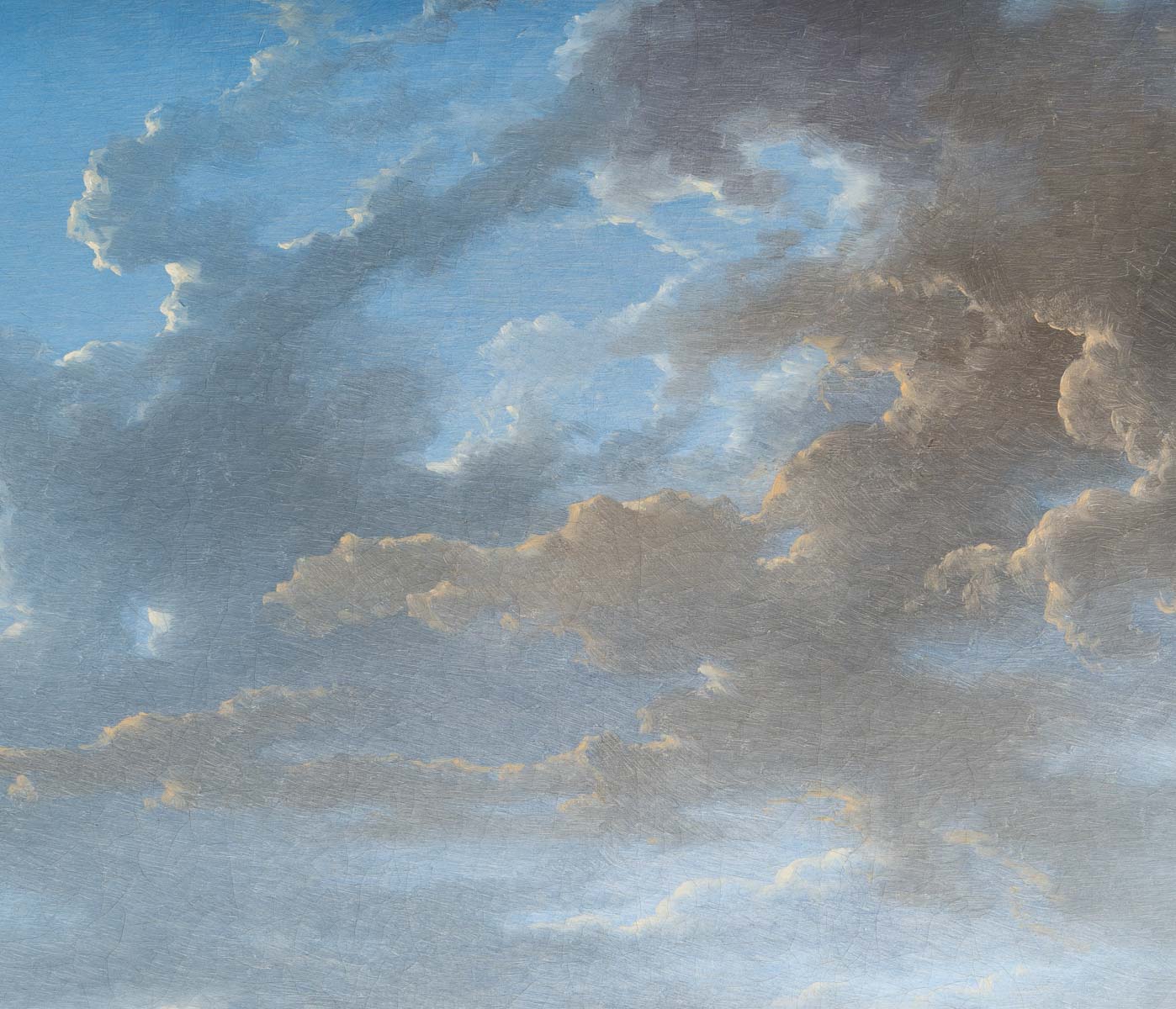 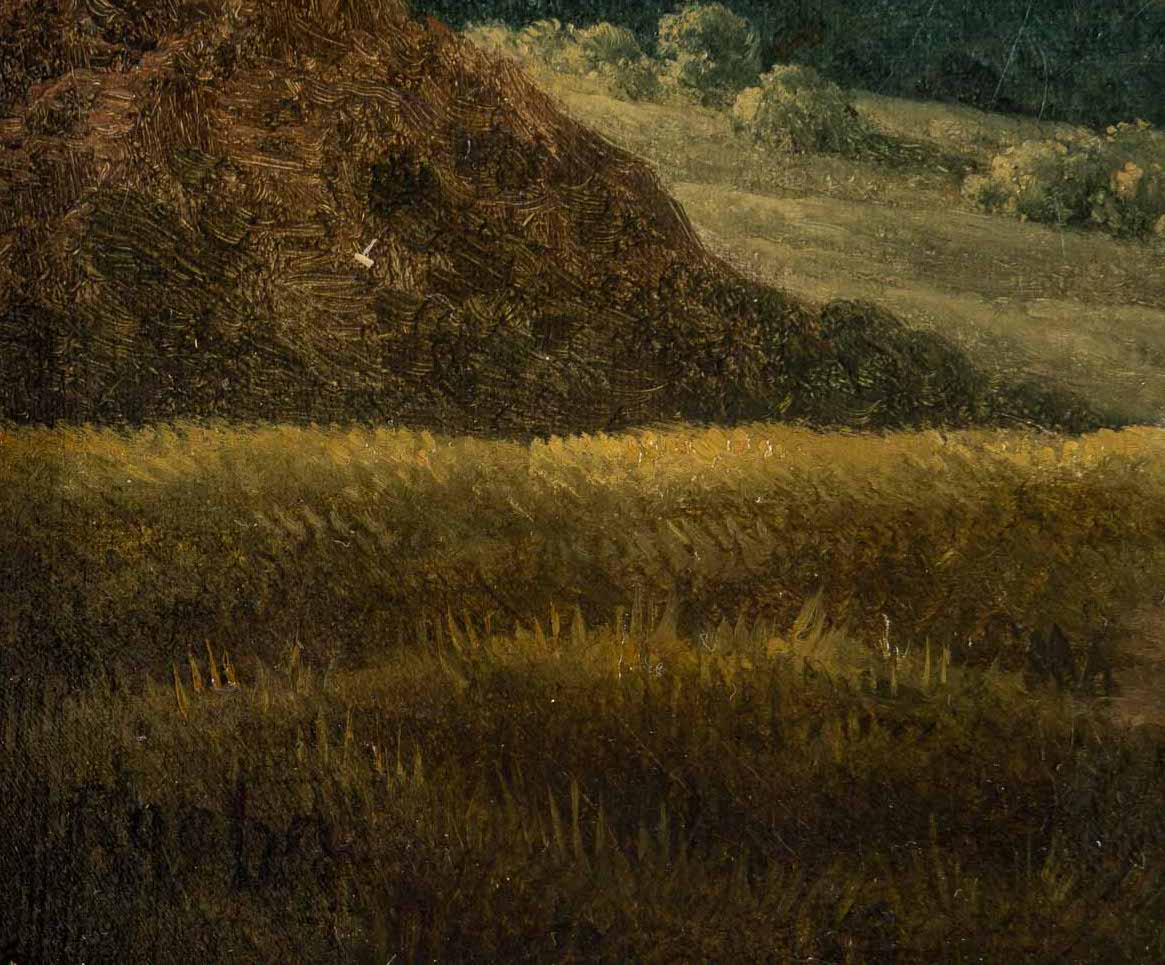 Bivouac of soldiers in front of a castle , circa 1820

The painter gives us here a scene of the daily life of the soldiers rather than a combat scene. The atmosphere is relaxed; the soldiers eat their fill and warm themselves around a fire at the foot of a castle.

In the background a pretty panoramic view of the valley and the sky allows us to embrace the whole landscape.

Adolphe Roehn begins to paint in a self-taught way, without a master, historical scenes, then later, he specializes in genre painting and portraits.

In 1831, he held a drawing and painting workshop for women.

He won the silver medal in the competition at the 1810 Painting and Sculpture Salon with The Day after the Battle of Eylau , commissioned by the Prince of Neufchâtel; then the gold medal at the Salon of 1819. He also won two other medals at the exhibitions in Lille in 1824 and Douai in 1826.