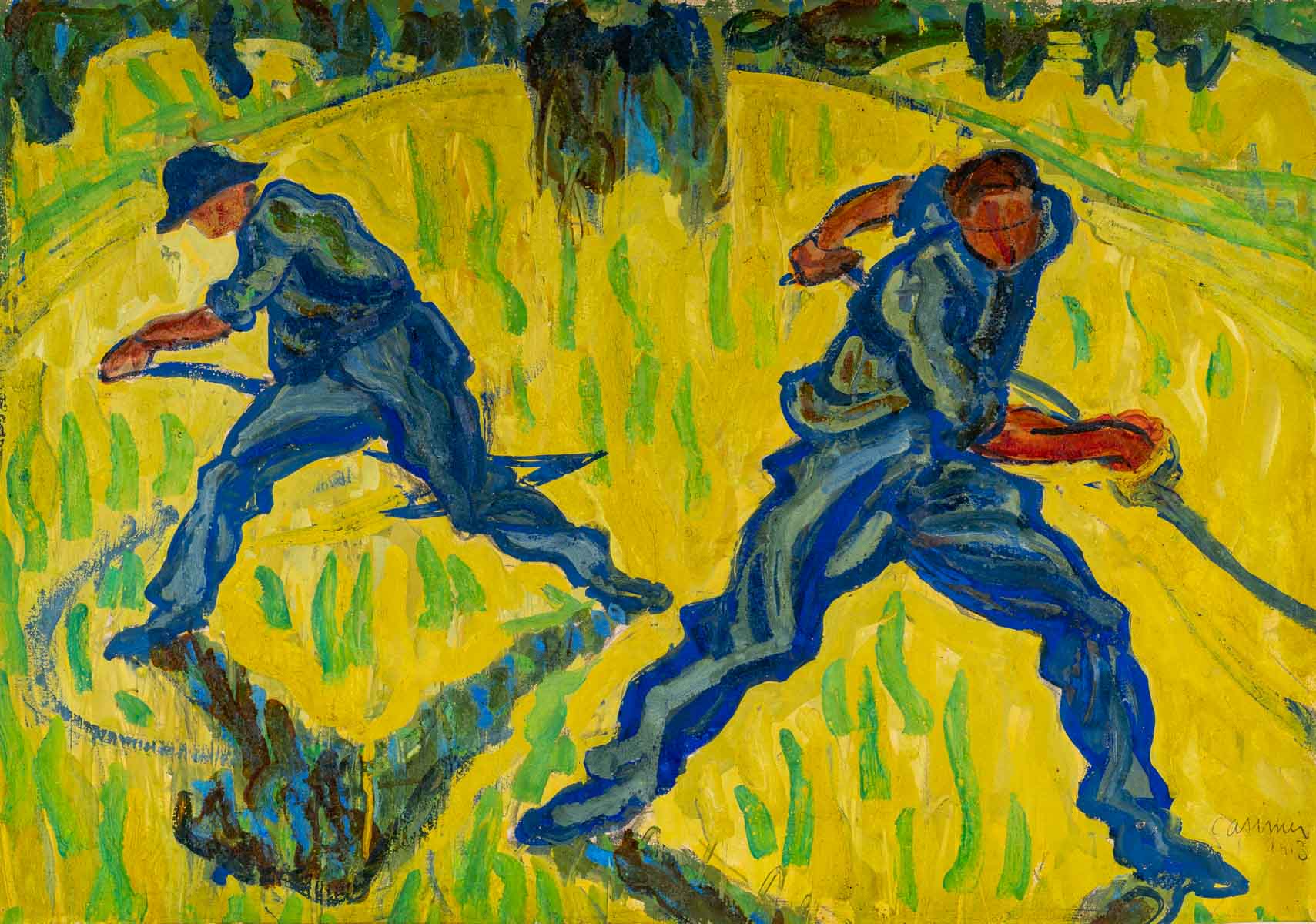 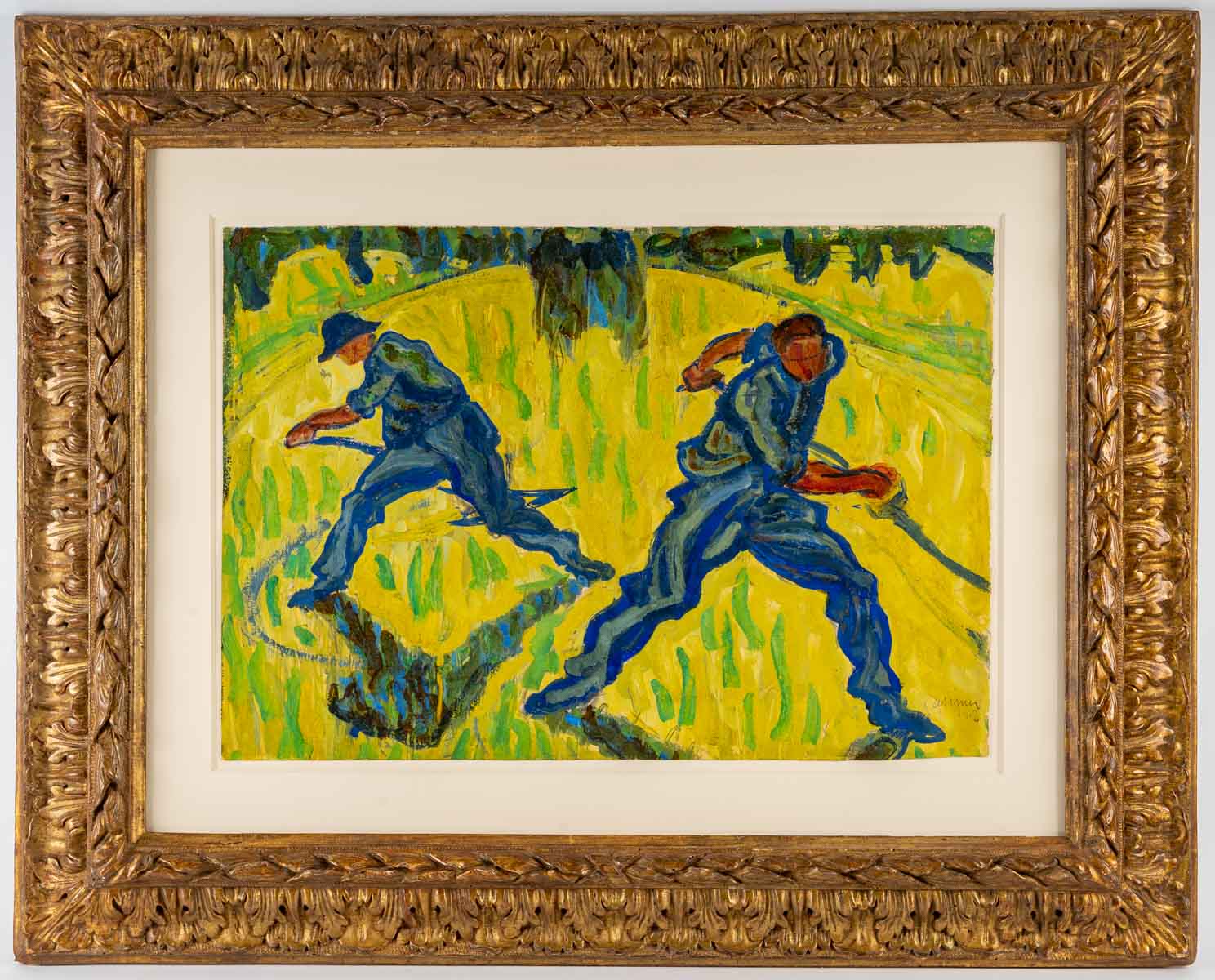 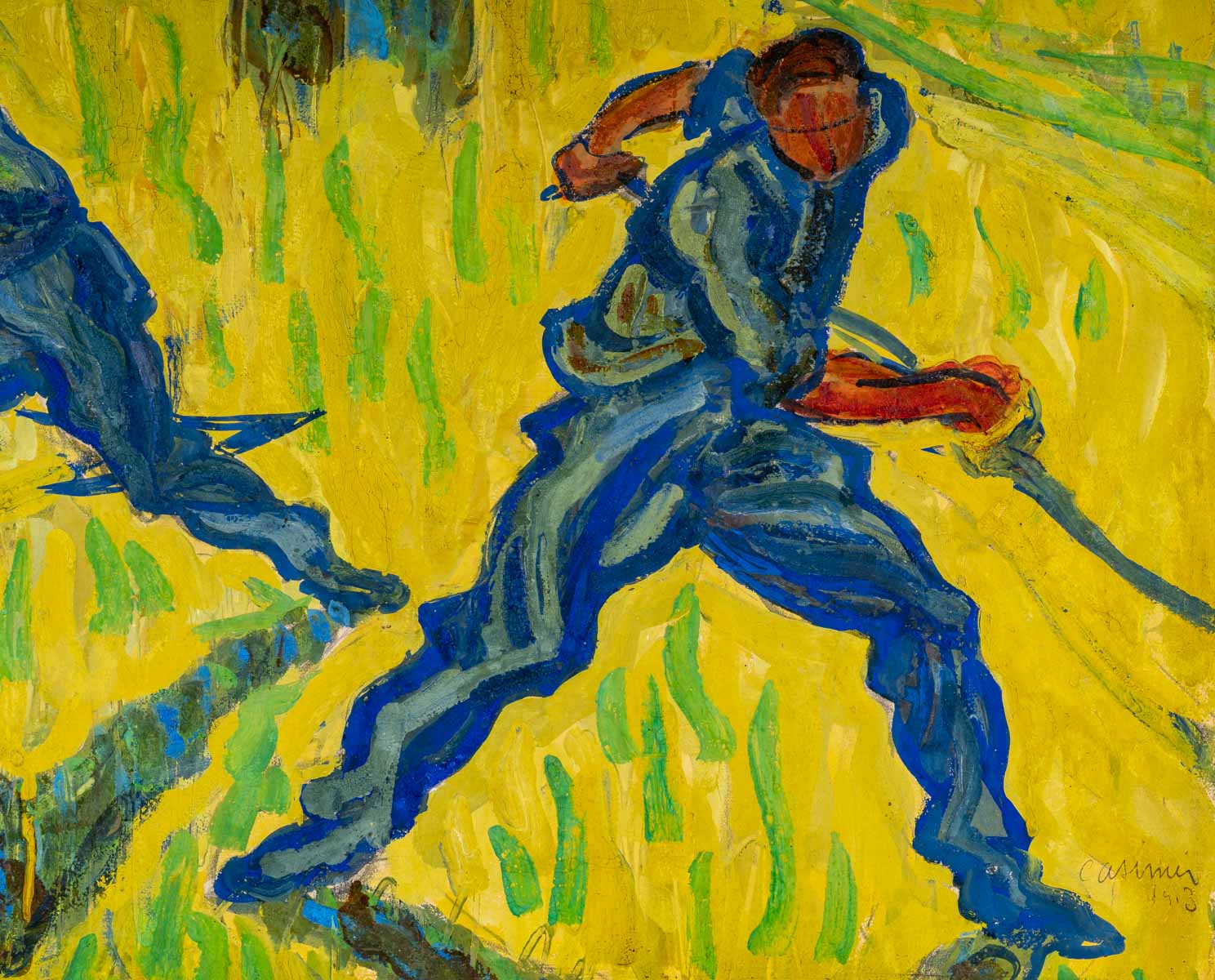 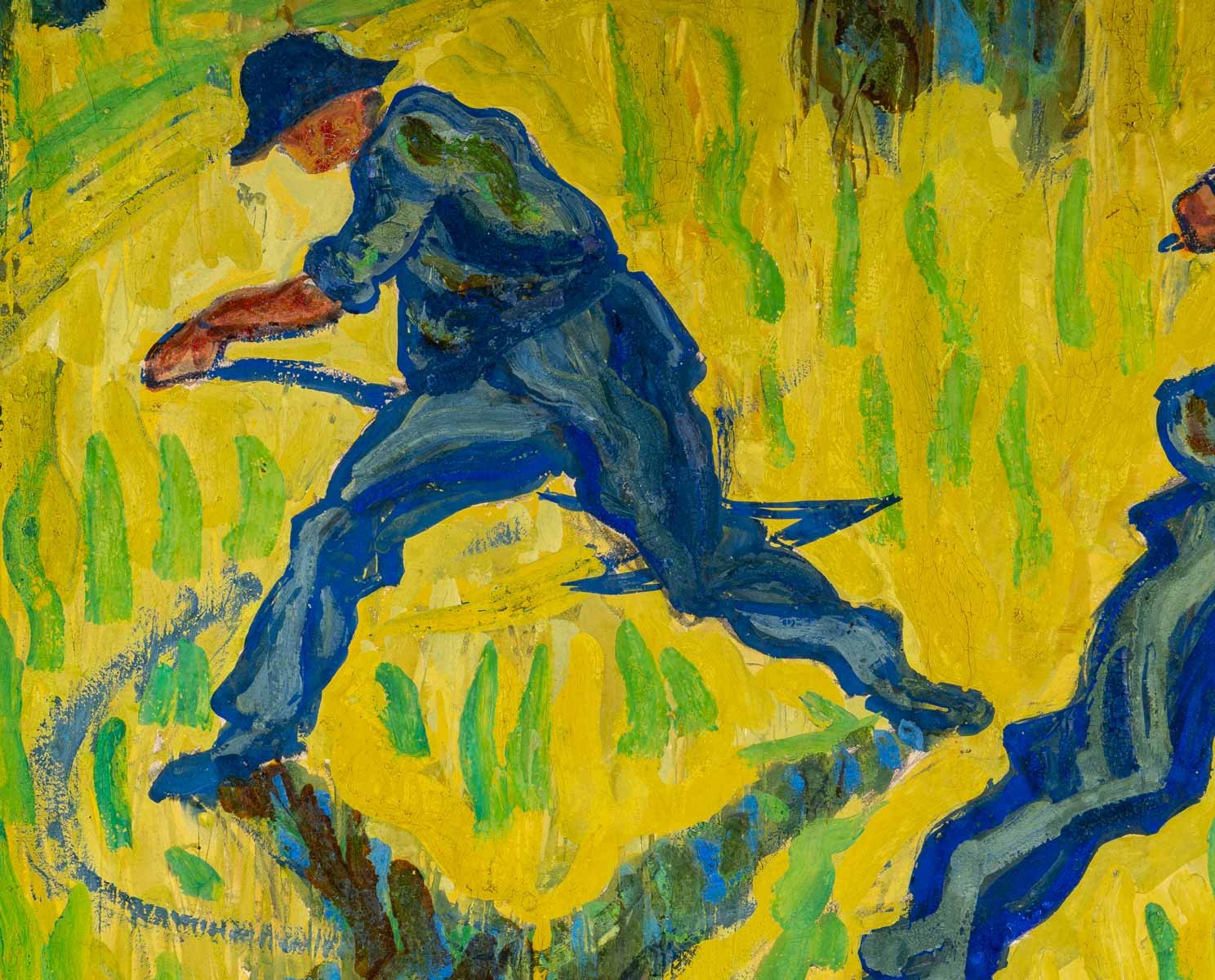 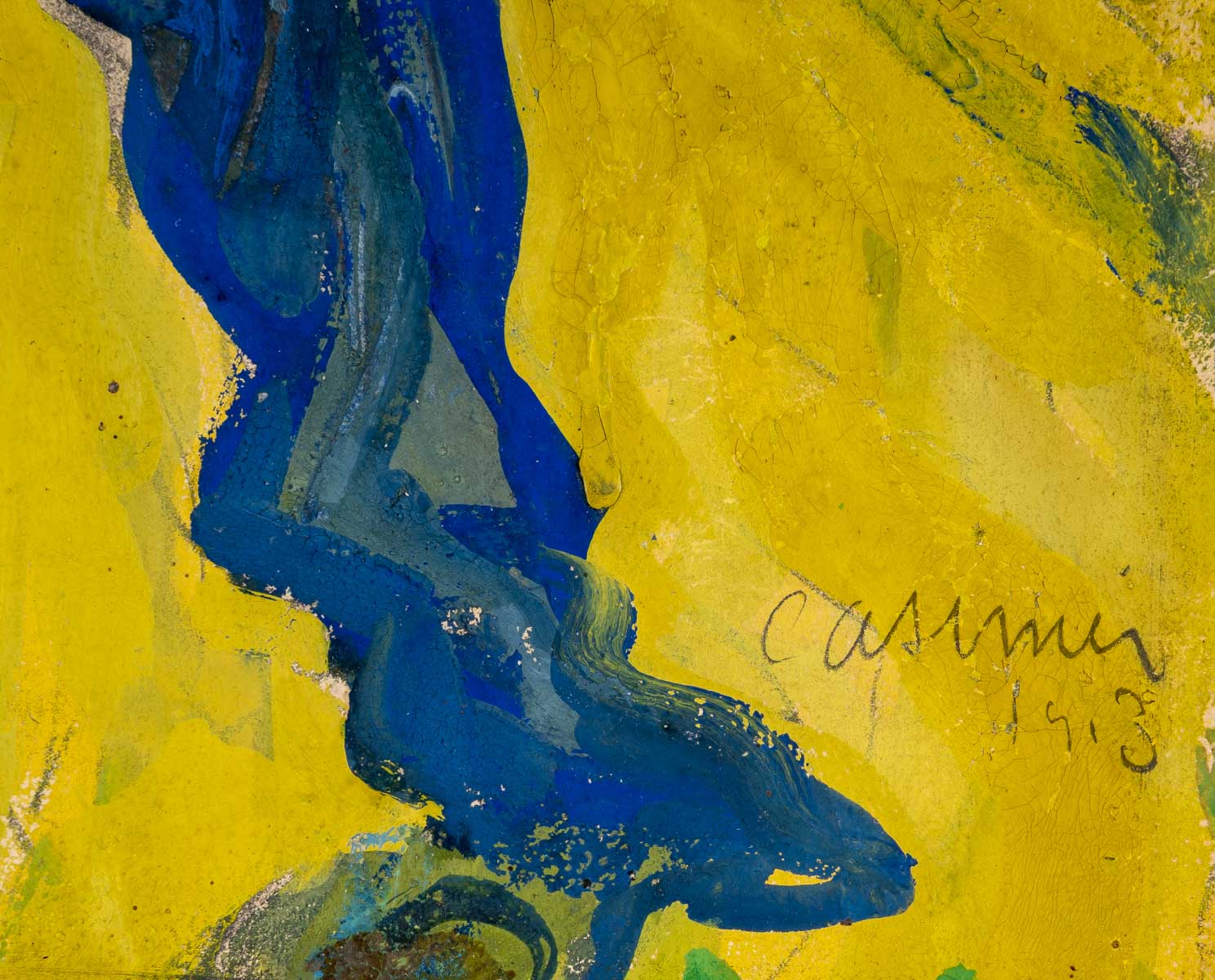 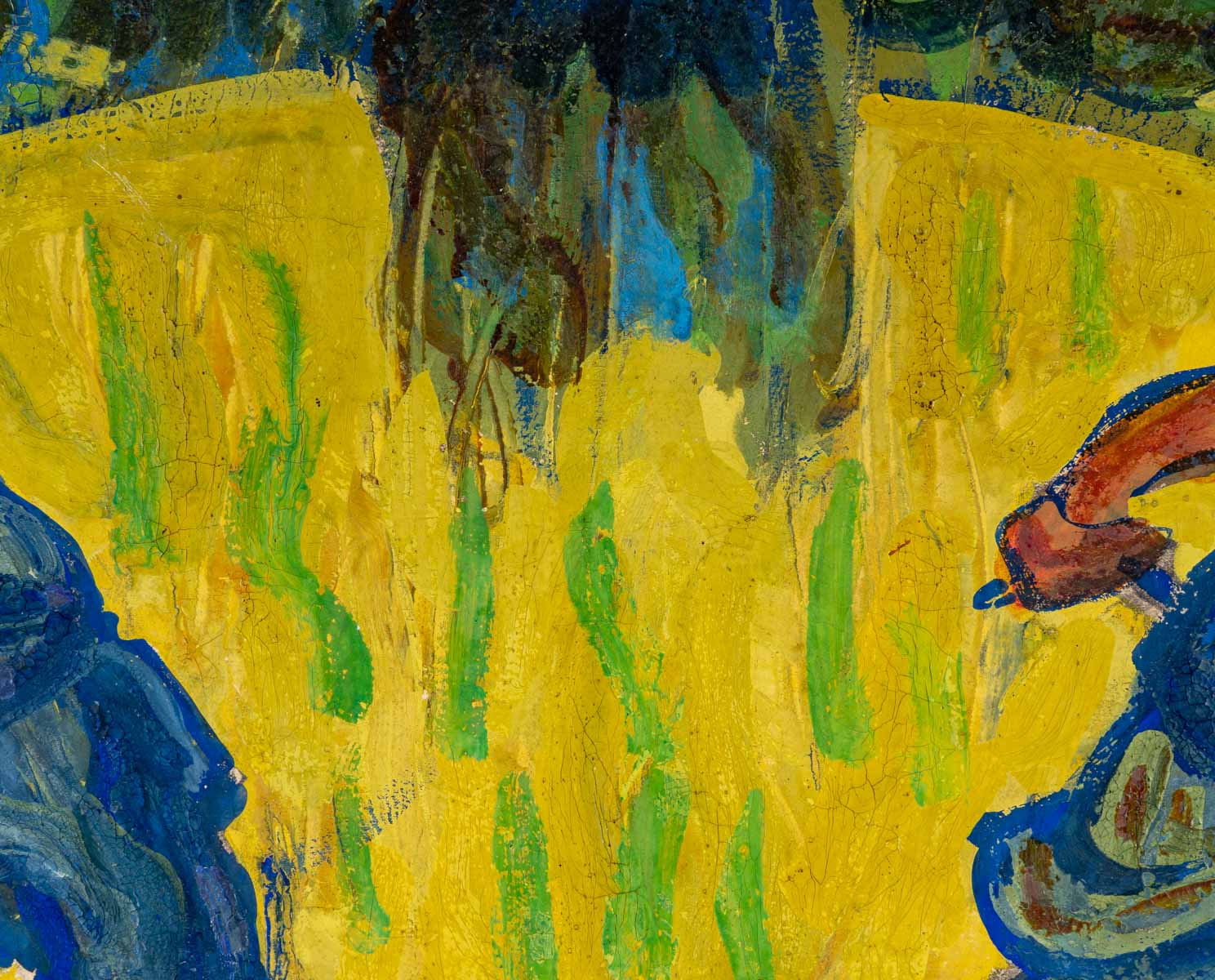 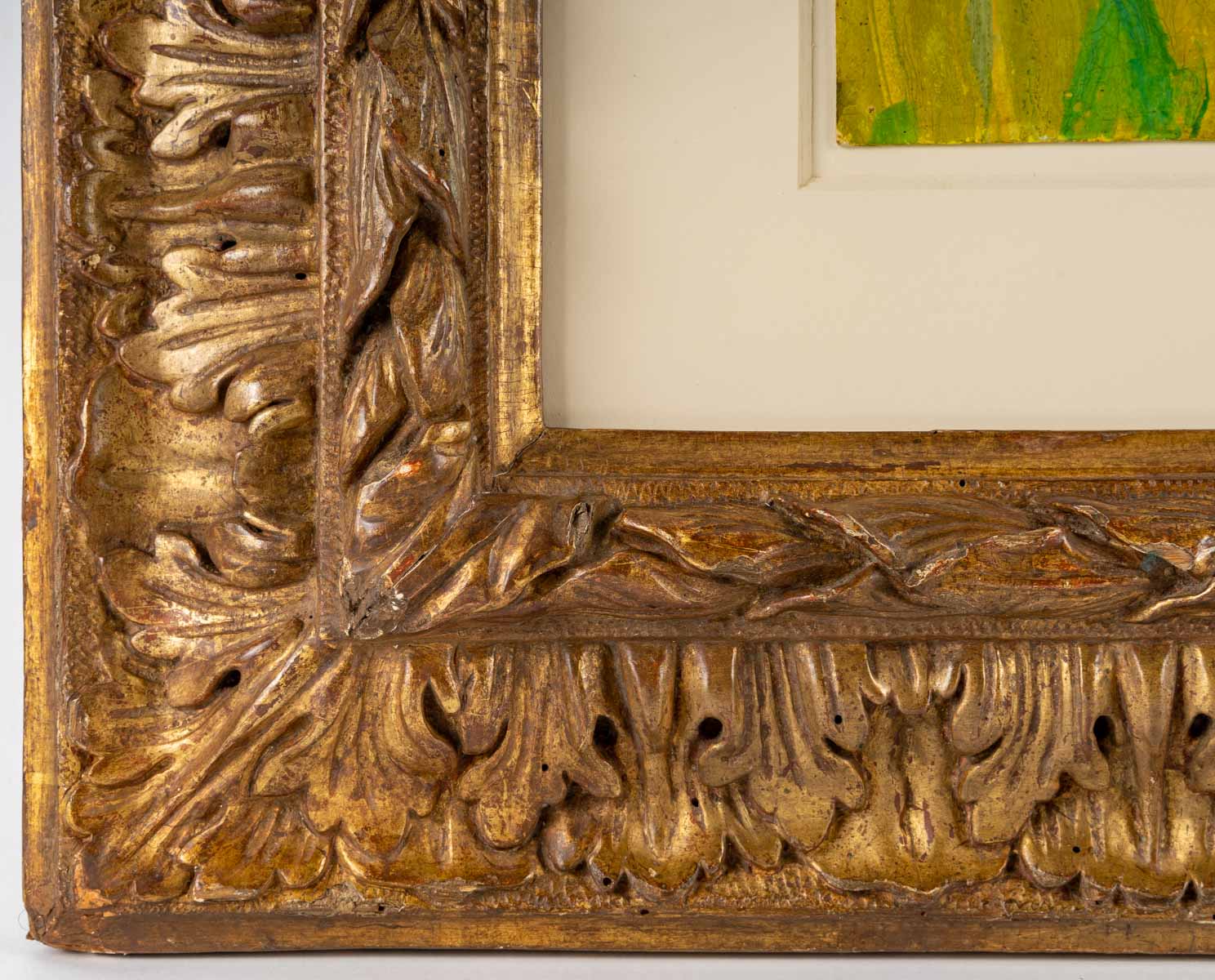 Casimir Reymond’s painting is strong and graphic, its colors bright and acidic, its bold composition and its expressionist technique.

The two reapers captured in action breathe life into the painting. A choreography takes shape; the symmetry of the composition is reminiscent of the entry on the ice of two hockey players sliding on the rounded and yellow surface of the field.
In their “work overalls”, skin weathered by the sun, these two peasants with expressionless faces evoke the universal condition of workers on the land. One thinks of the impersonality of the paintings of the “painter of the peasant condition”, Jean François Millet. However Casimir Reymond gives a much more optimistic and dynamic vision; a colorful painting where the energy of the gesture replaces the melancholy and contemplation of the figures in Millet’s paintings.

Painter and sculptor, originally from Vaulion, in the Vaudois Jura, Casimir Reymond studied at the School of Fine Arts in Geneva.
We owe him a sculpture of Mary at St Paul’s Church in Vienna and many of his sculptures that adorn the city of Lausanne.
He stayed in Paris from 1929 to 1932 where he participated in several Parisian exhibitions
He received the Wilhelm Gimmi Prize in 1969 shortly before his death.
From 1932, he taught at the cantonal school of drawing and applied art in Lausanne, which he directed in 1933-1934 and from 1945 to 1955.