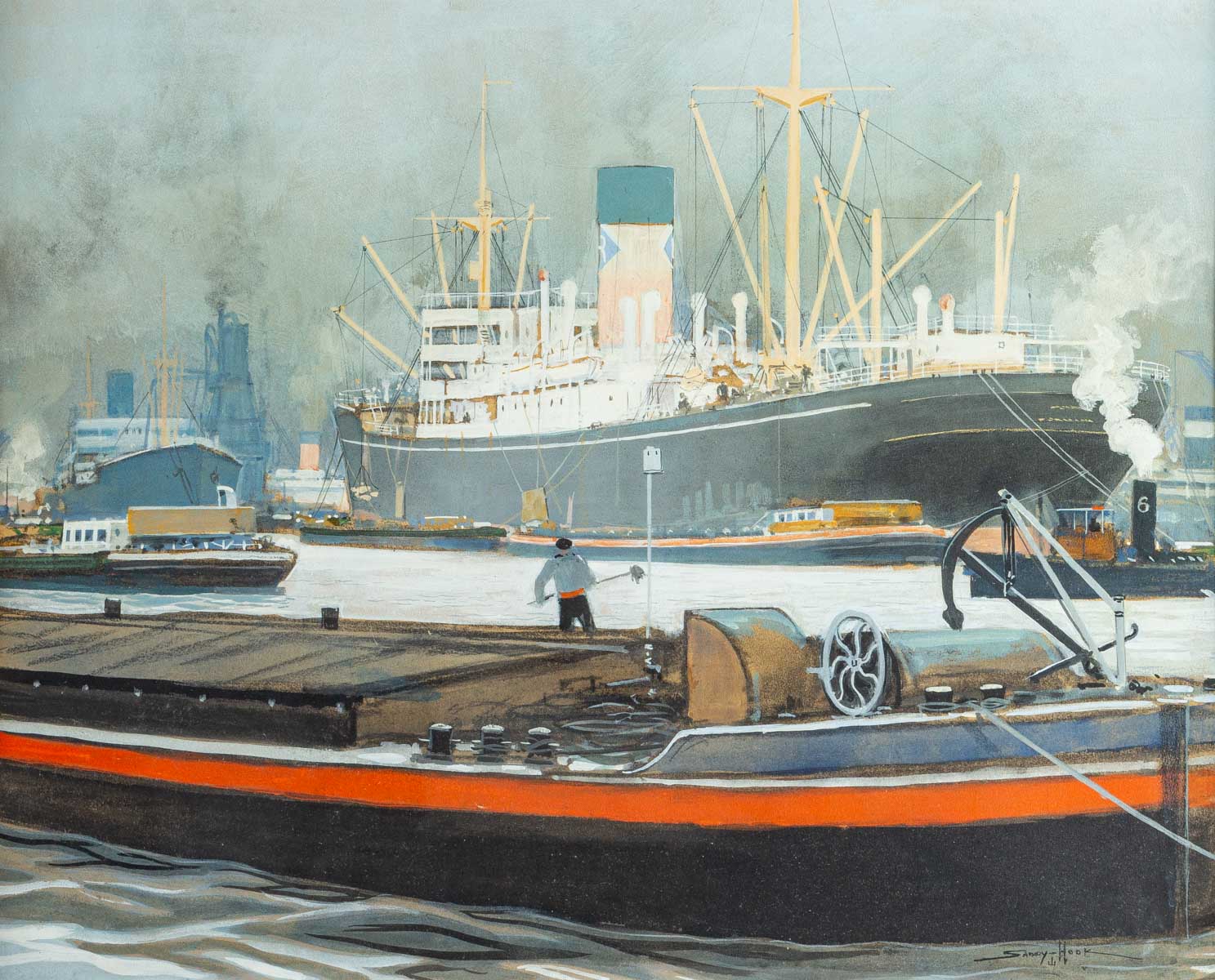 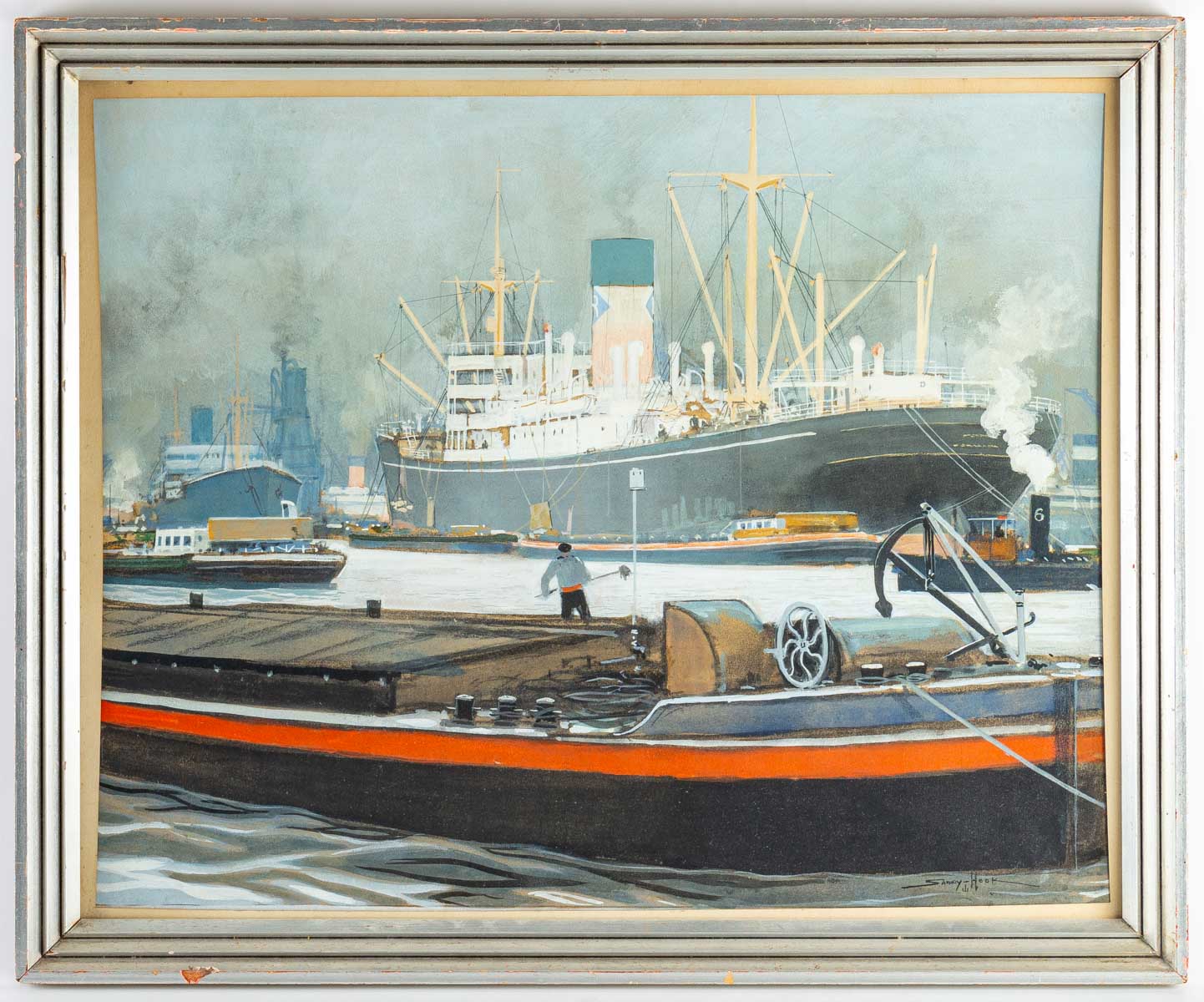 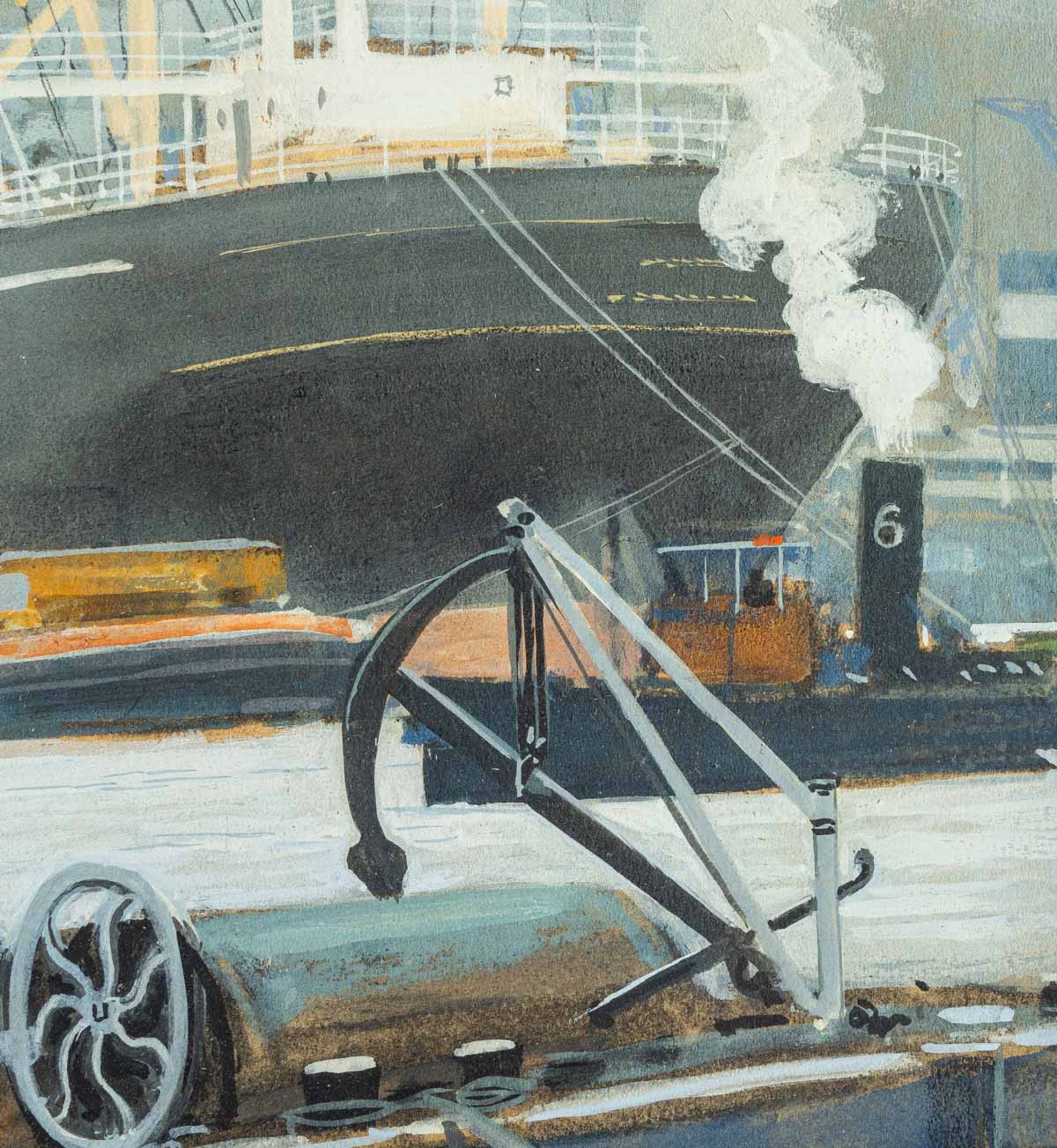 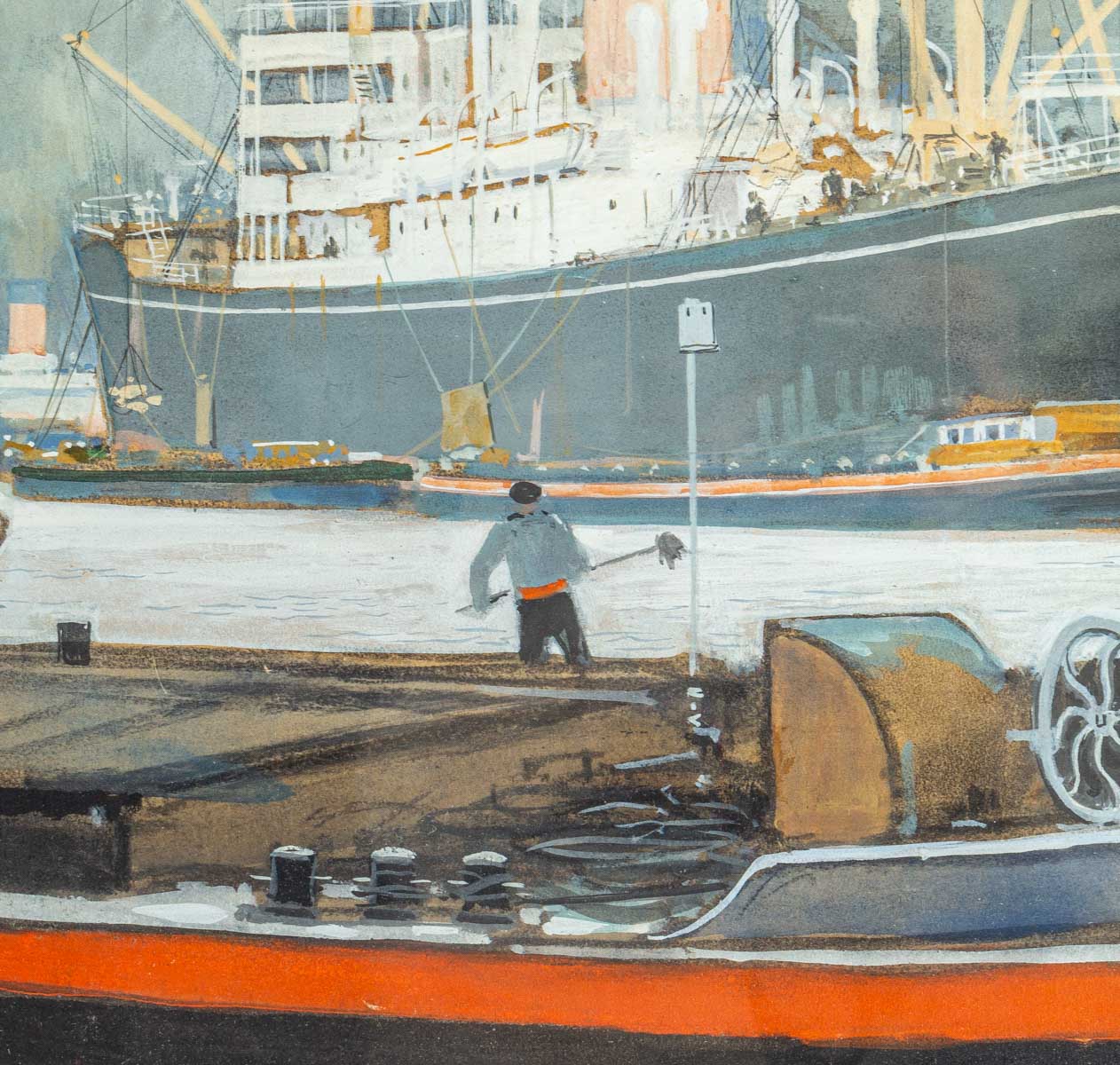 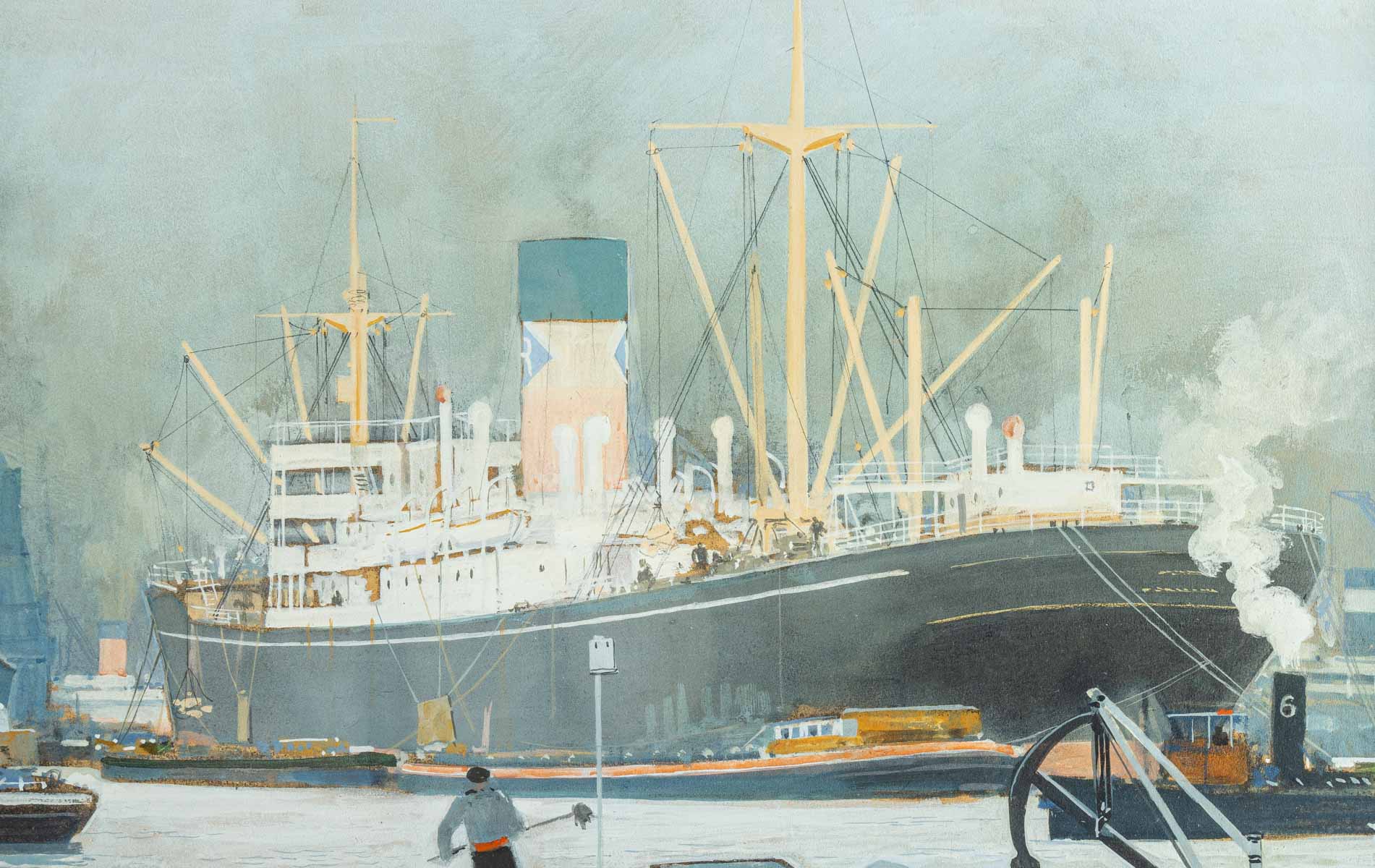 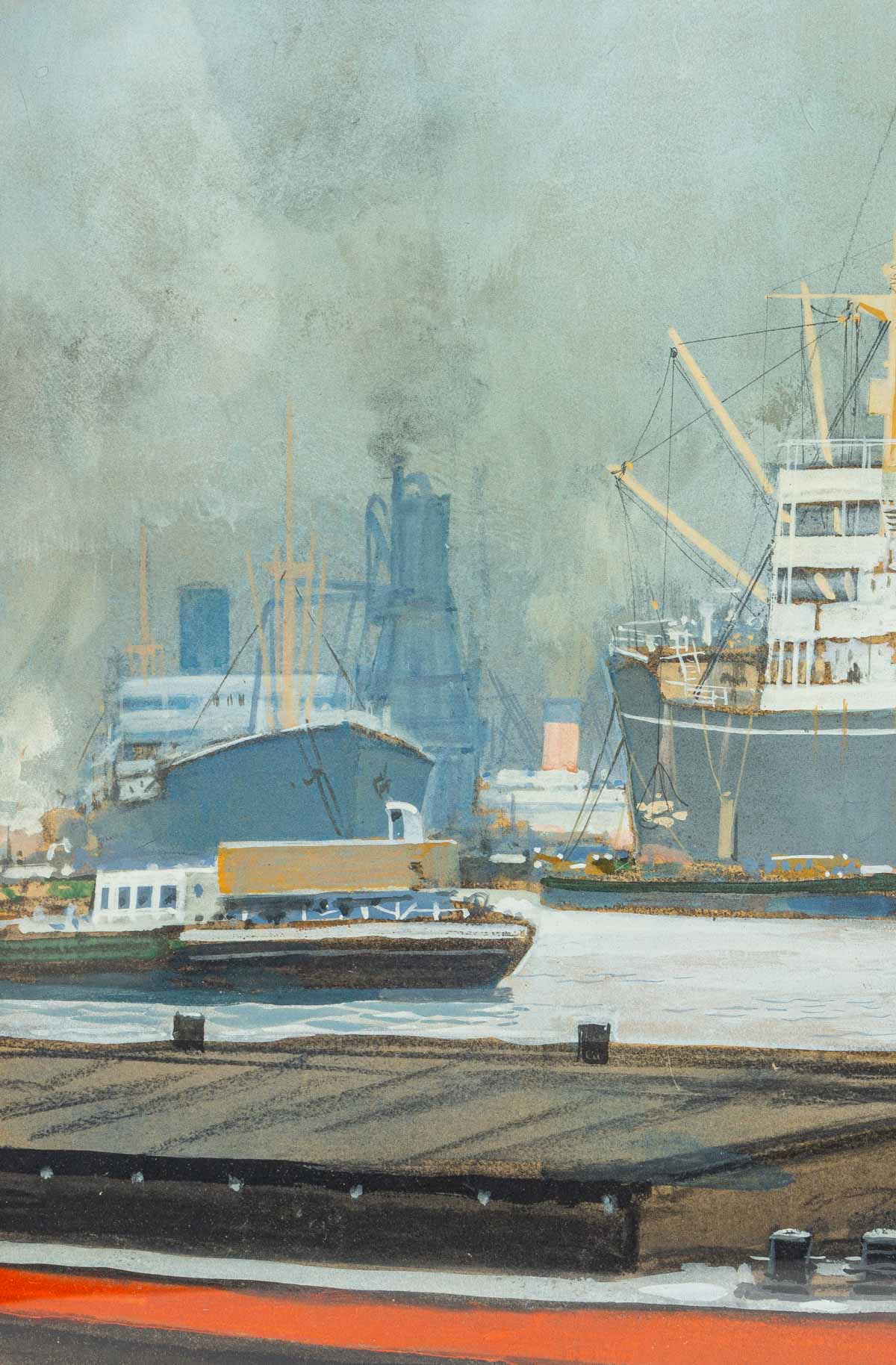 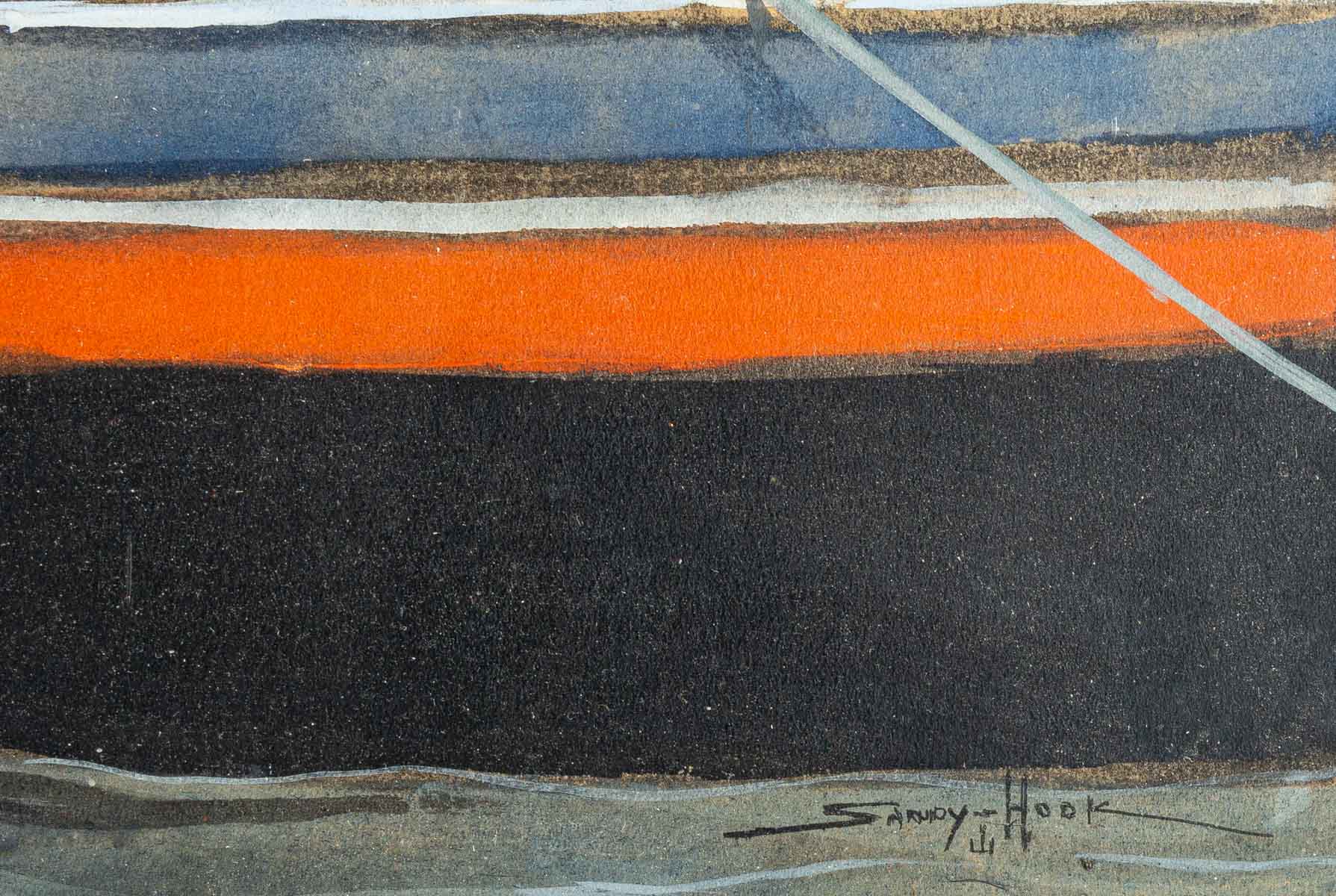 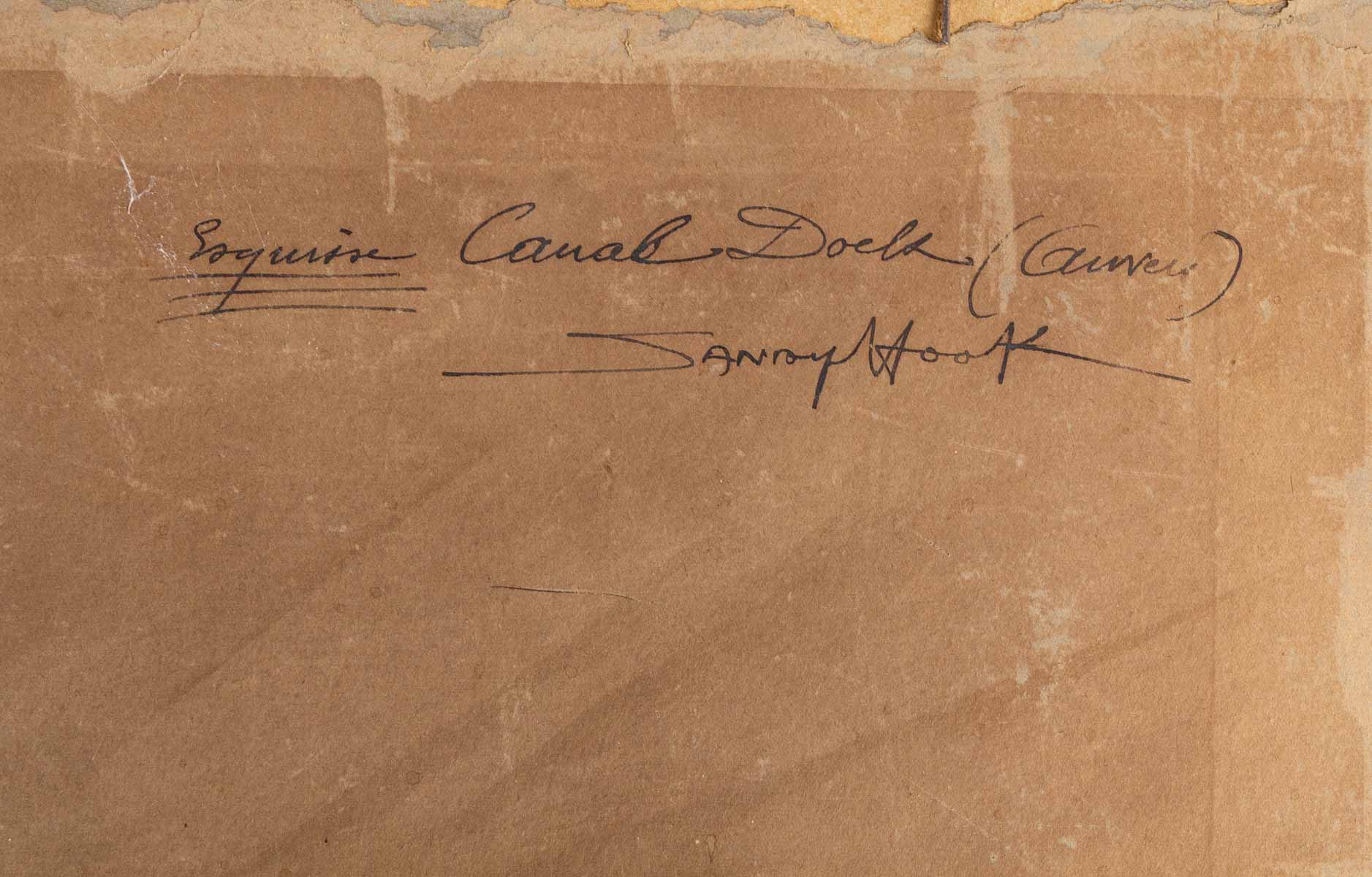 View of the docks in Antwerp

The scene takes place on the docks in the port of Antwerp. Several liners and boats of different sizes are represented. An original and modern shot with a foreground plunging us onto the deck of a barge where a sailor, the only human figure, is captured in full action. As if shrouded in a veil of mist, the atmosphere is diffuse and cold. The colors are subdued, in a gradation of pastel colours; only the bright orange band of the barge hull in the foreground adds warmth to the scene. The atmosphere is industrial and laborious.

Sandy Hook, whose real name is George Taboureau, is a French painter, poster designer and illustrator specializing in representations of maritime scenes. He is named official naval painter in 1917.

A true enthusiast, he was only eleven years old when he made his first boat designs. A craving for production follows which will not leave him until his death.

Sandy-Hook worked for the Messageries Maritimes, the Chargeurs Réunis, the Western Naval Company, the General Transatlantic Company and for many other companies: Fraissinet, Mixed Company, Paquet, Worms, Charles Le Borgne and many shipyards naval. He has produced numerous posters for transatlantic companies.

Watercolors are known to him and represent the Aramis , the Aviator Roland Garros , the Champollion , all three liners of the Messageries maritimes or the Basque , Mosul , Ville de La Ciotat , Karnak , etc.