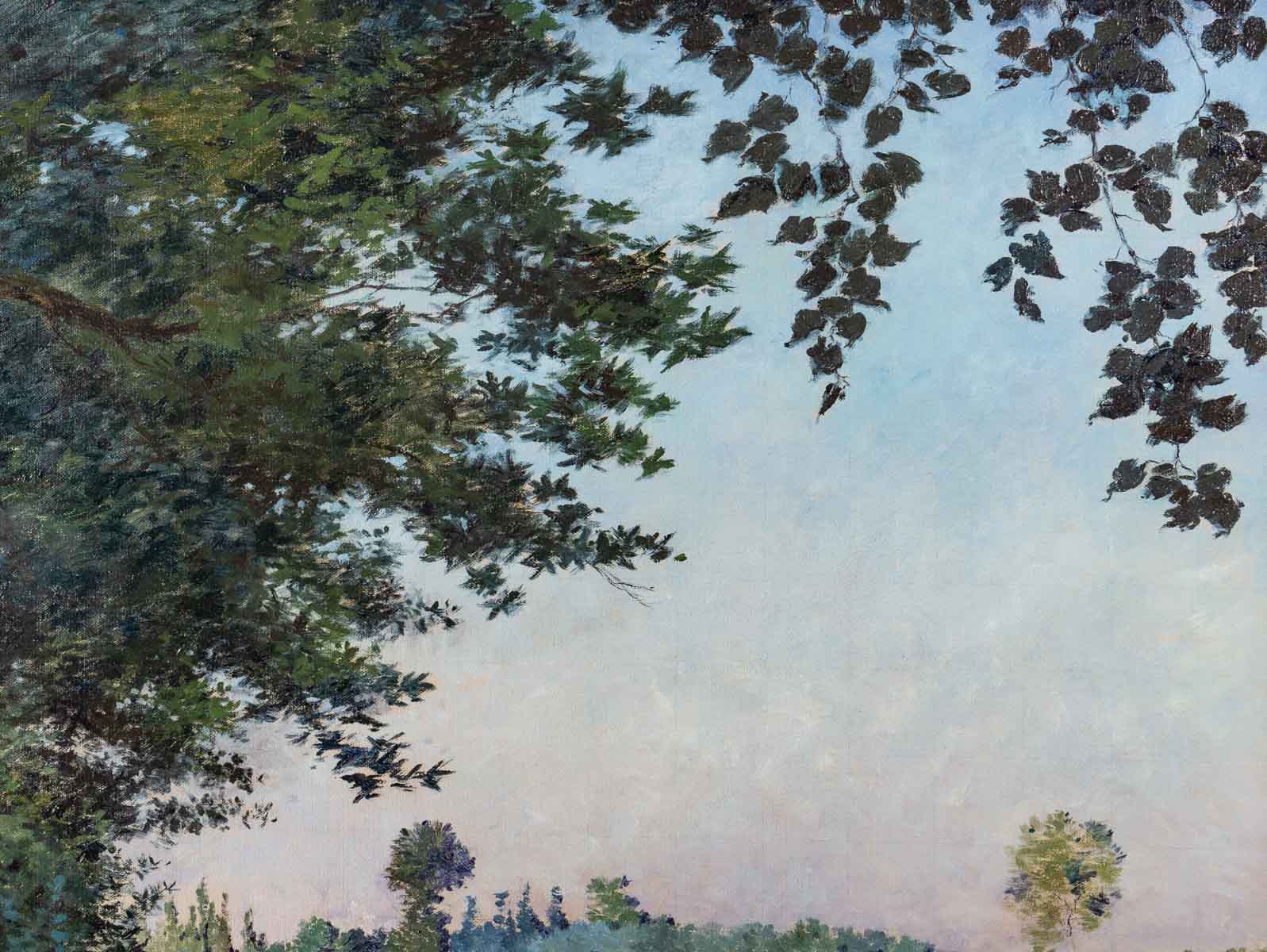 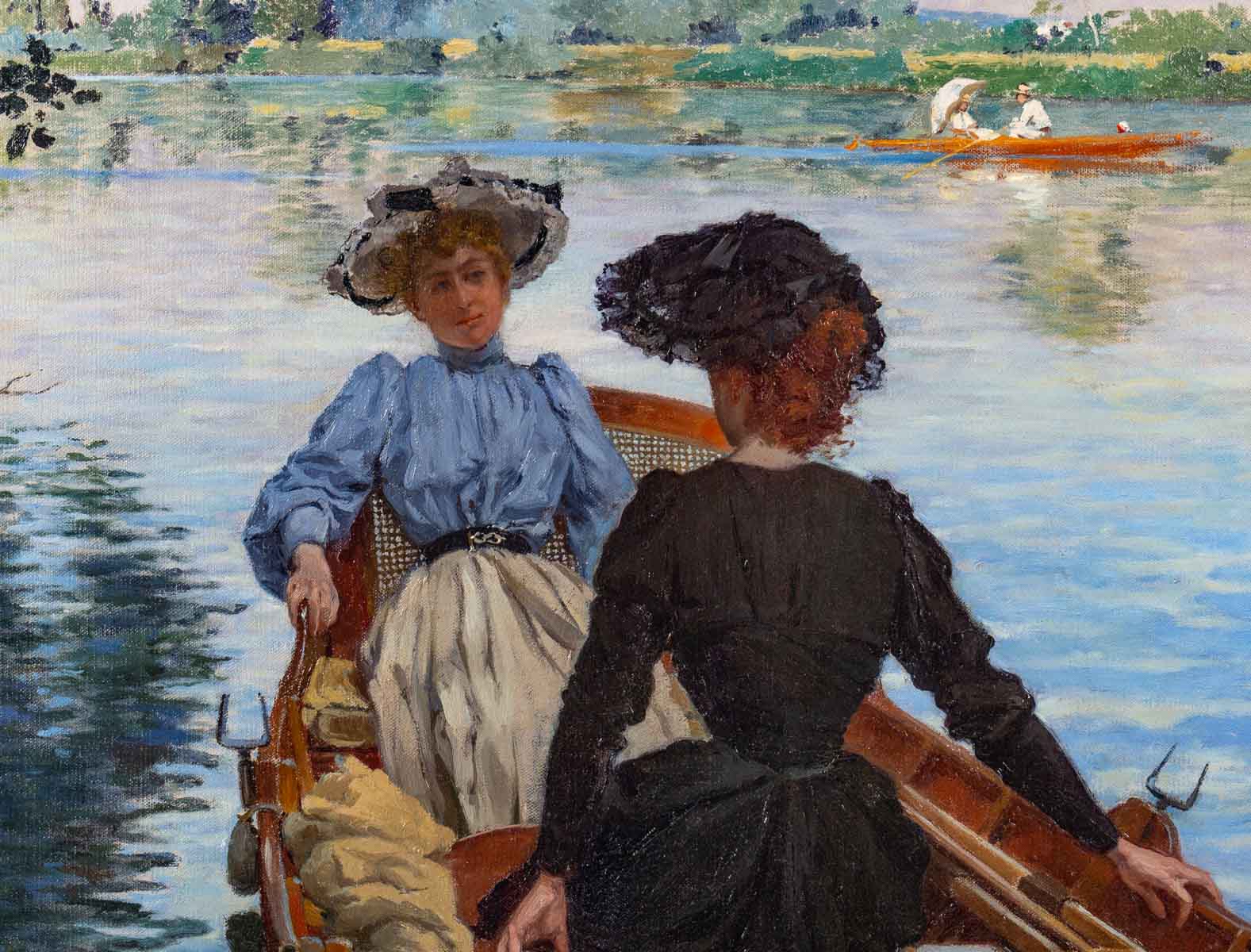 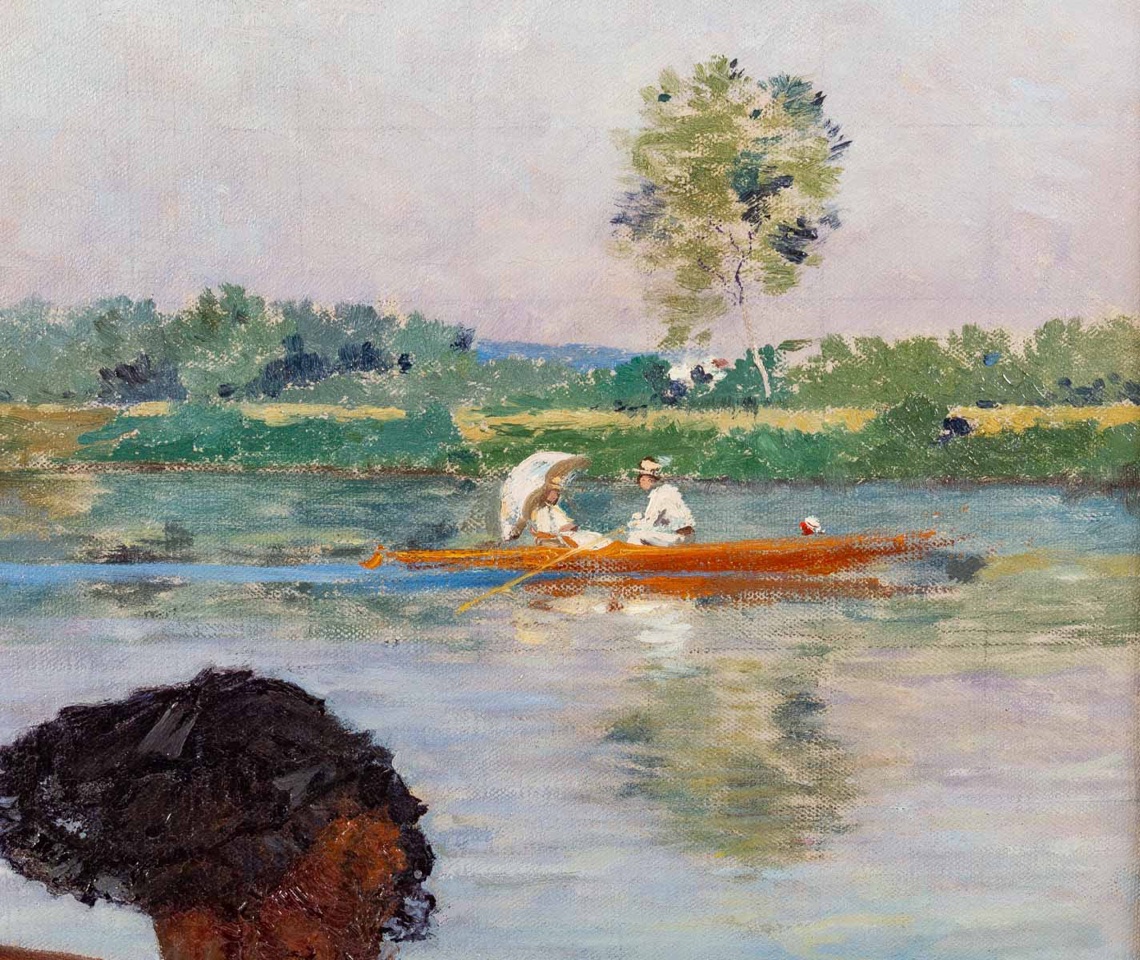 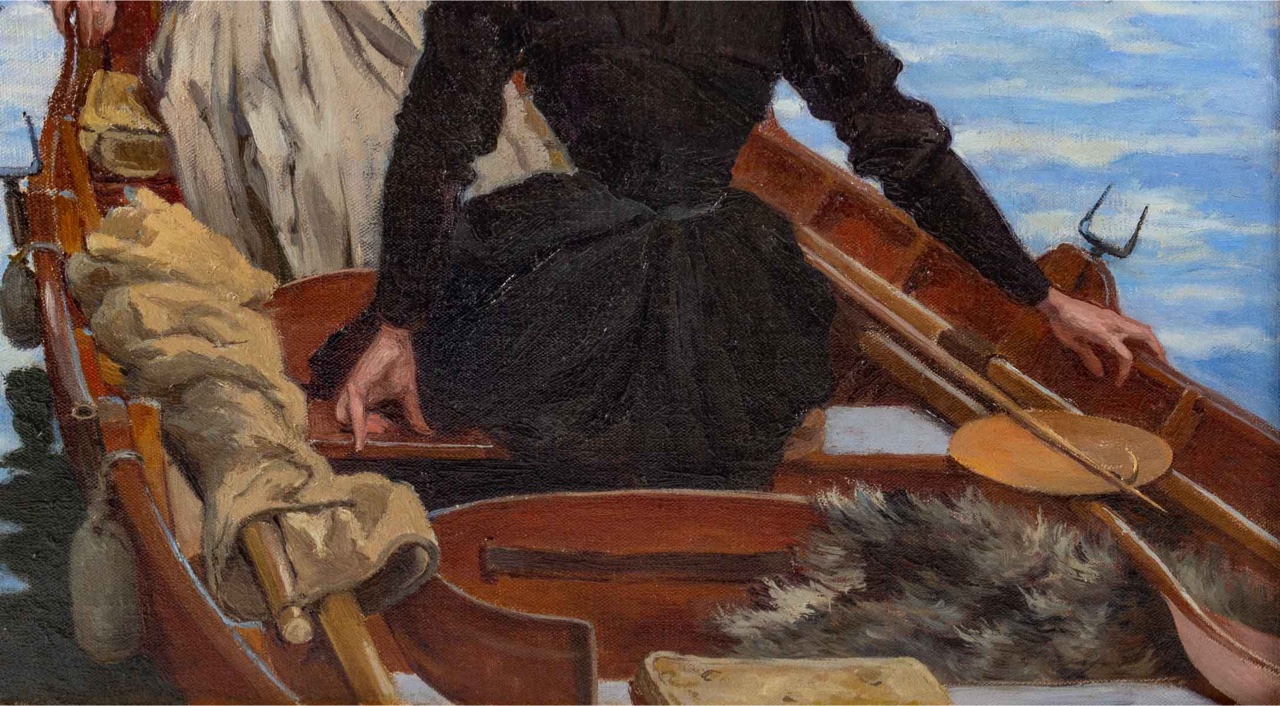 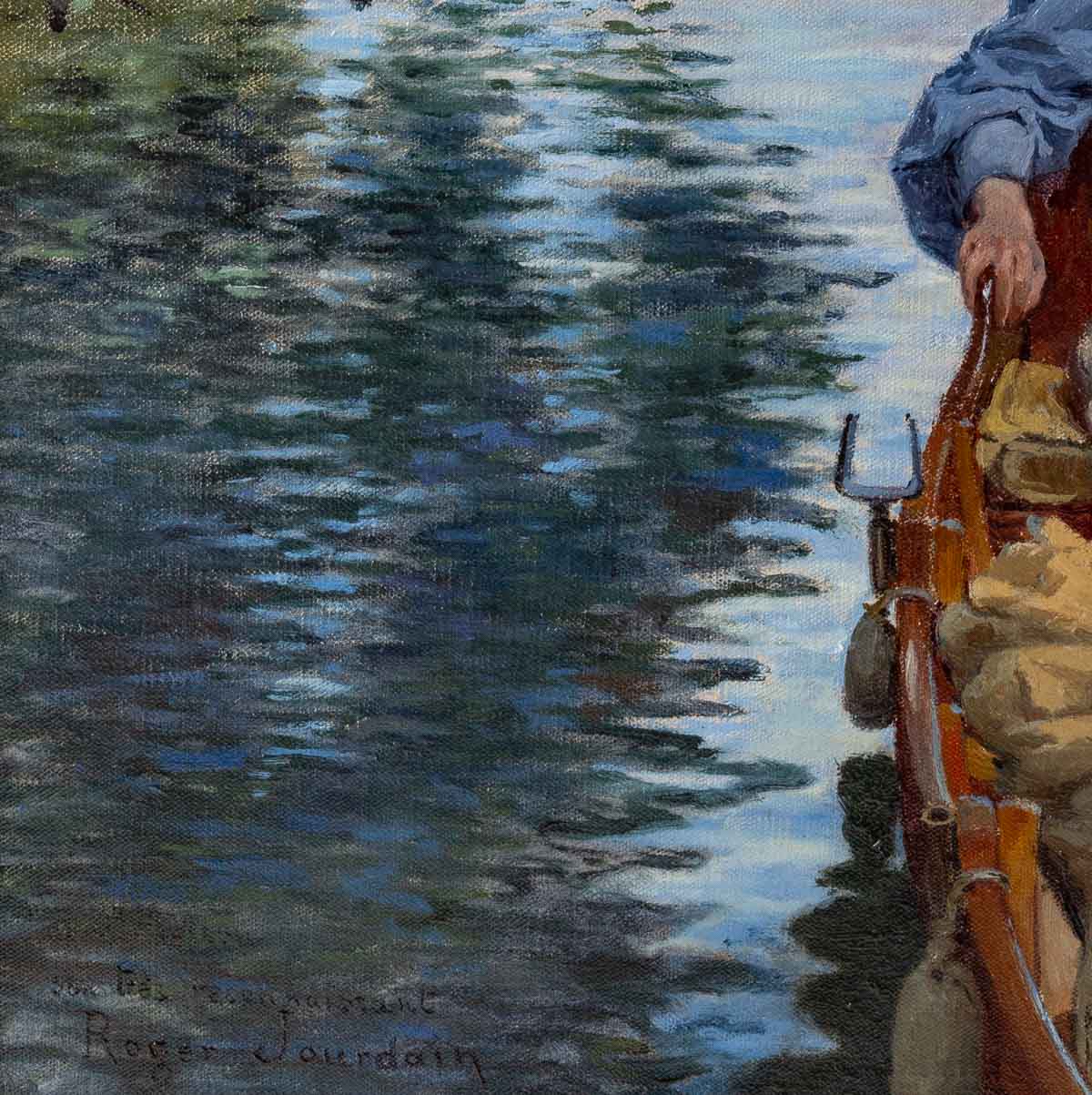 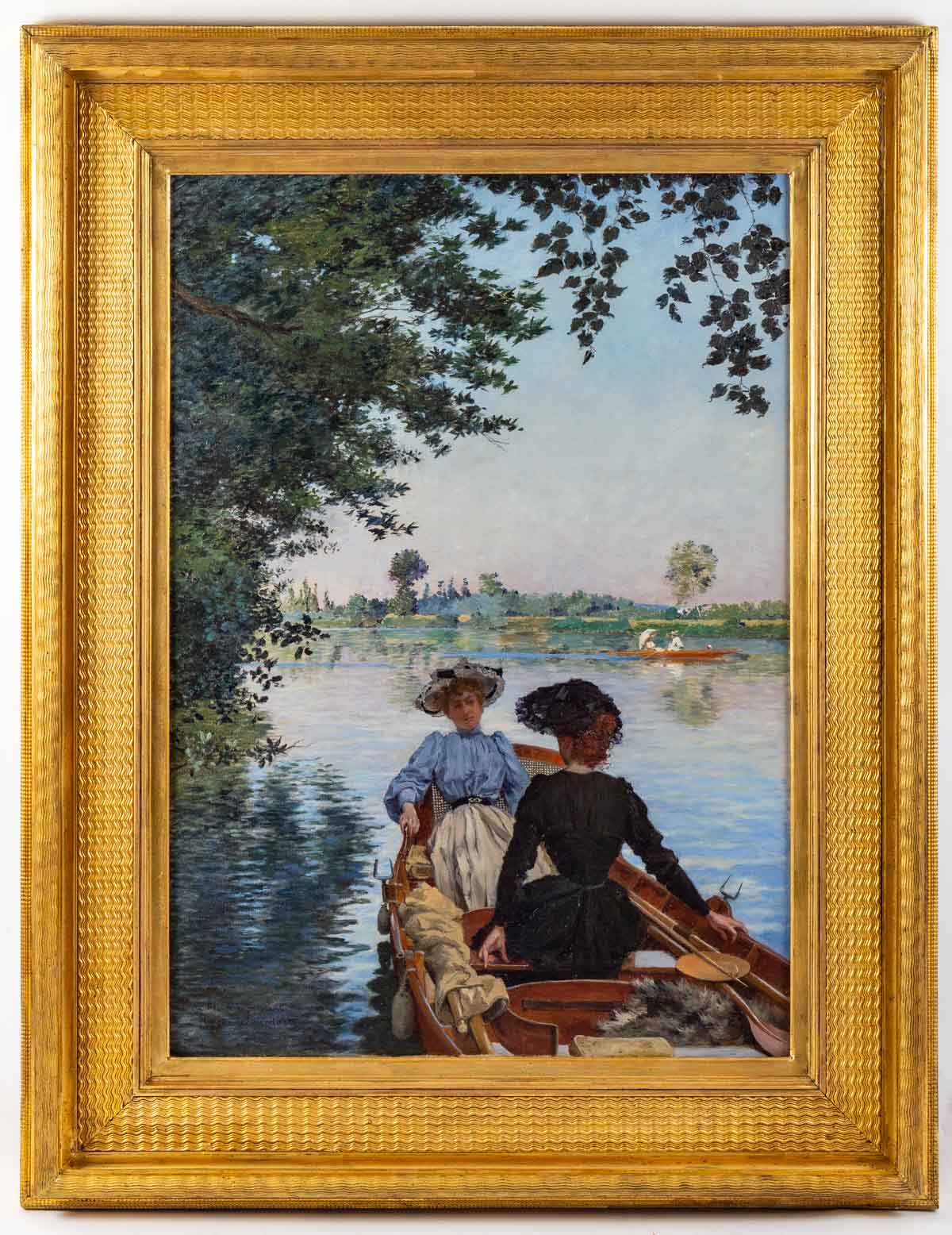 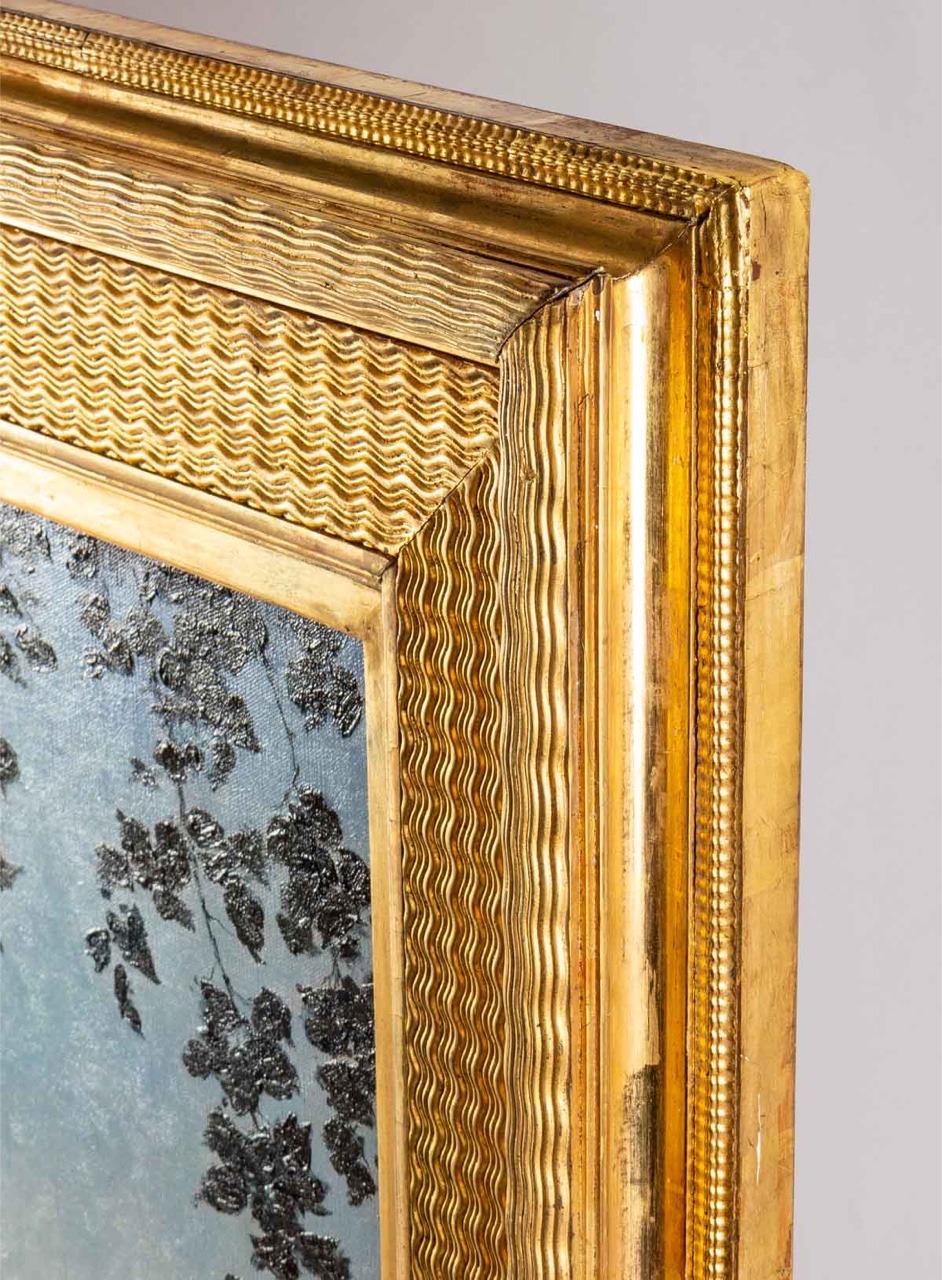 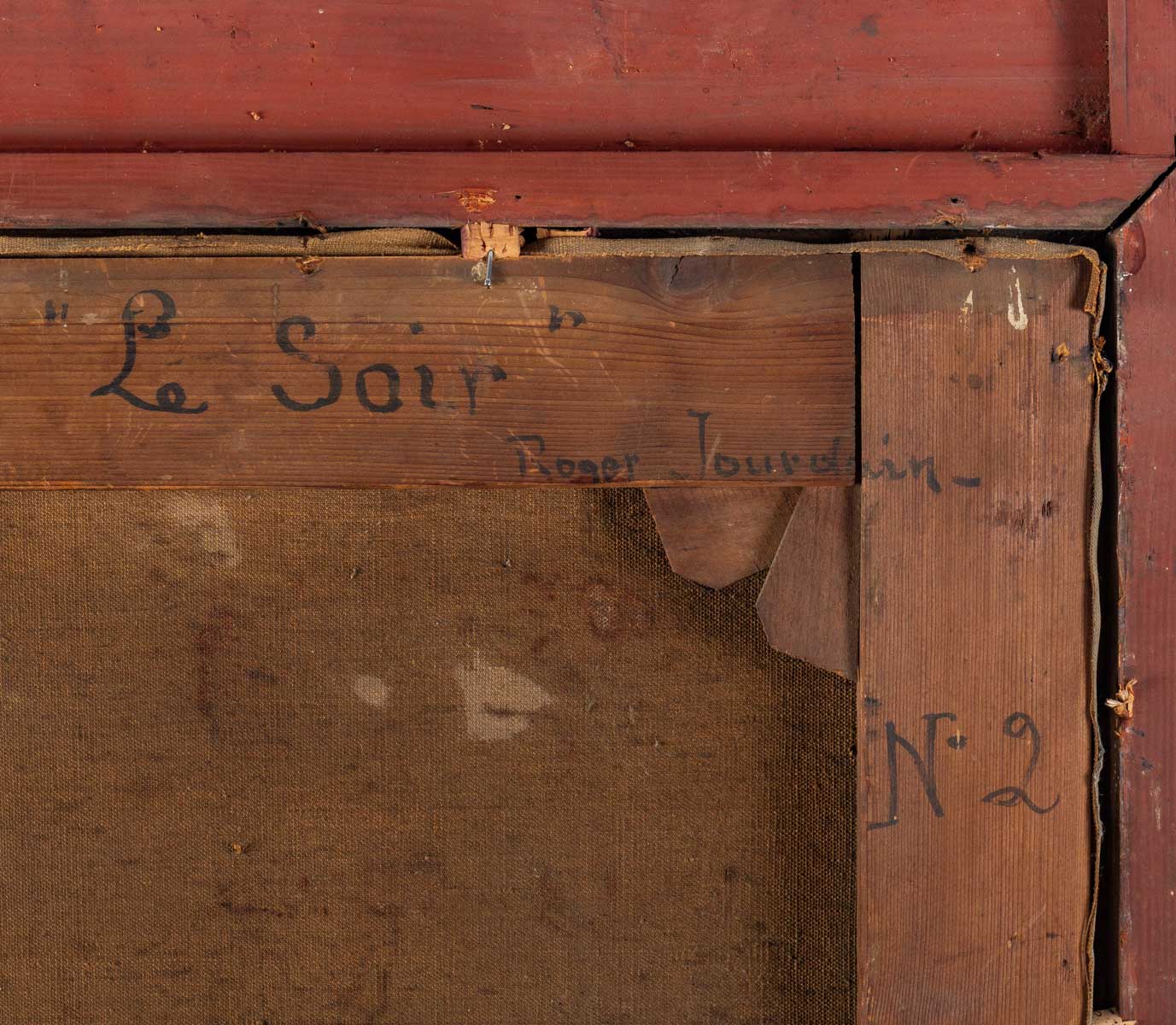 Oil on canvas
Signed and dedicated
On the back: signed, titled “Le soir”, numbered n°2 and dated 1889

This painting by Roger Jourdain immerses us in the sweetness of life of La Belle Époque, its Sundays spent on the banks of the Seine. The painter captures the atmosphere of these places where many Parisians came to relax.
Two elegant in a boat stopped at the edge of the river, in the shade and out of sight for an intimate discussion. In the distance, we see another boat on which a man with a boater and a woman protected from the rays of the sun by an umbrella are walking along the water.
The impressionist touch is put to the service of the vibrations of the aqueous reflections.
The mahogany color of the boat’s wood echoes the reddish hair of the elegant woman from the back. The black of her outfit warms up and contrasts the gradient of blue and green of the landscape.

The banks of the Seine and the Marne inspired the greatest impressionist painters of the time, including Renoir, Monet, Sisley, Pissarro, Caillebotte, and others.

Roger Jourdain enters the School of Fine Arts in Paris where he is a pupil of Alexandre Cabanel. He began his career at the Salon of 1869.
From then on, he regularly exhibited landscapes and seascapes there, in Normandy, on the banks of the Seine or even the Thames, in Cookham.
He also performs genre scenes.
Around 1876, he had a mansion built near Parc Monceau. He resold it in 1878 to the painter Guillaume Dubufe. The hotel becomes the Jean-Jacques Henner National Museum.
For the record, the wife of Roger Jourdain, Henriette Marie Dubois de Moulignon, is one of the models of the painters John Singer Sargent, Giovanni Boldini and Albert Besnard. The painter is also a politician , he exercises as mayor of Rueil-Malmaison from 1900 to 1906.