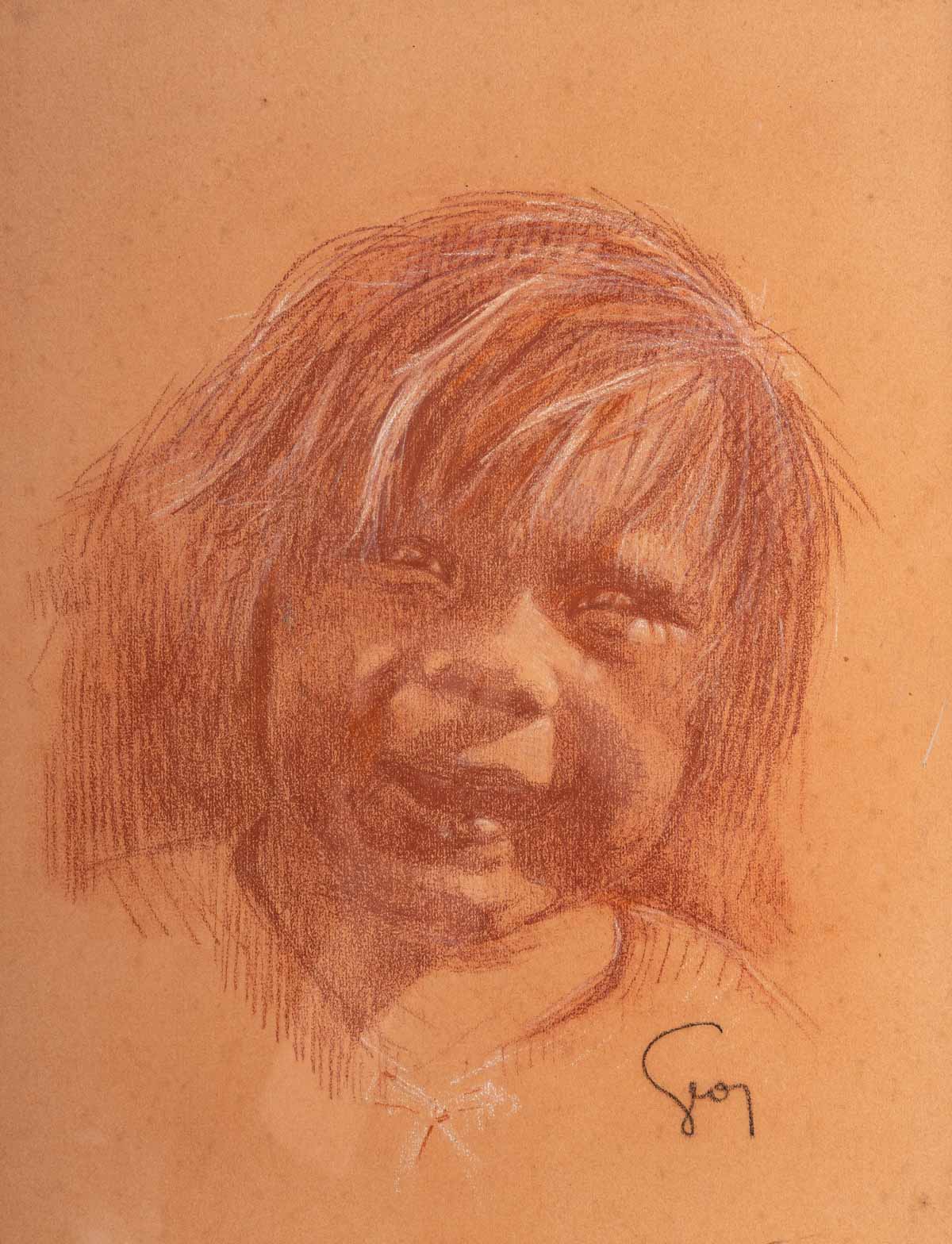 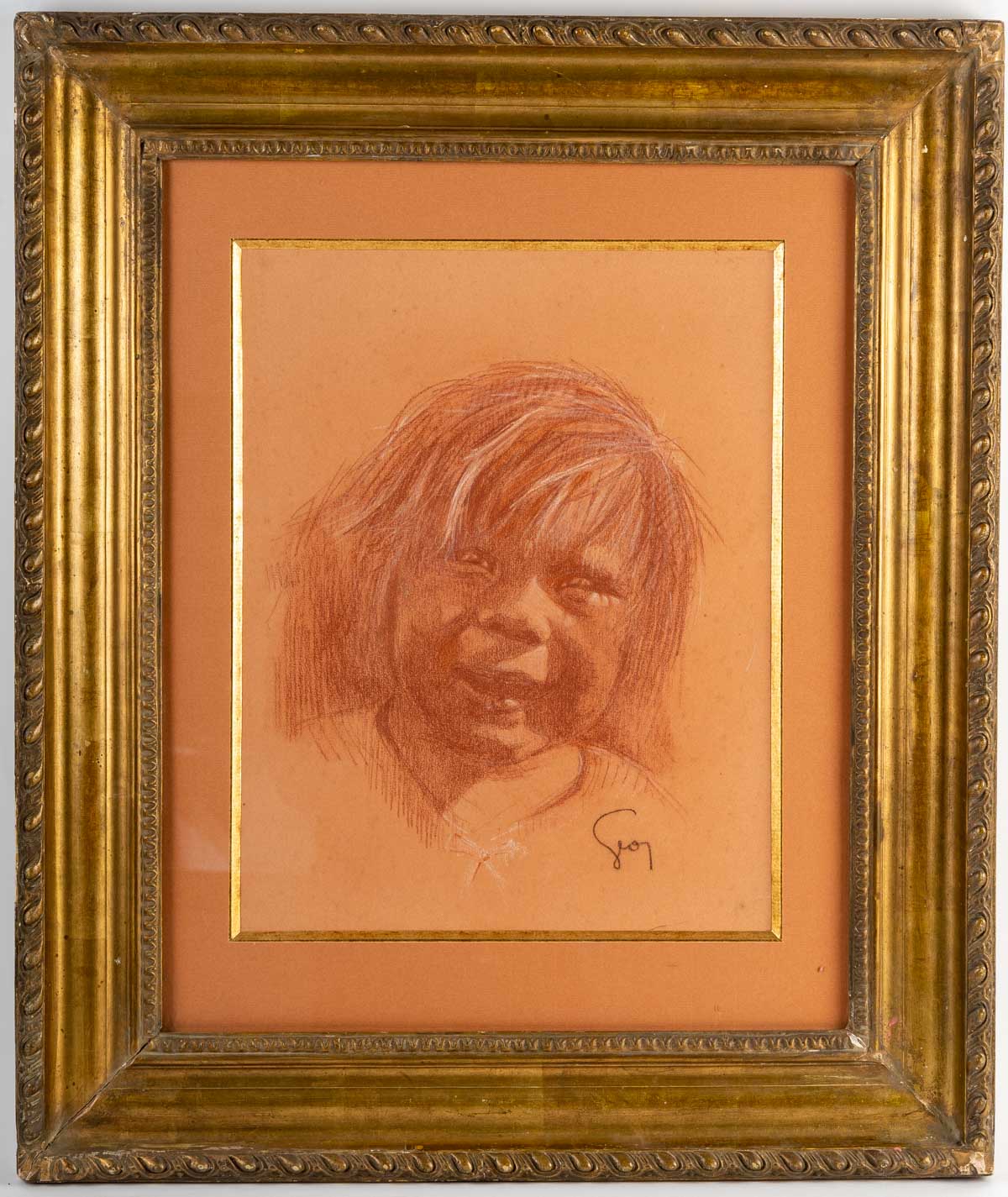 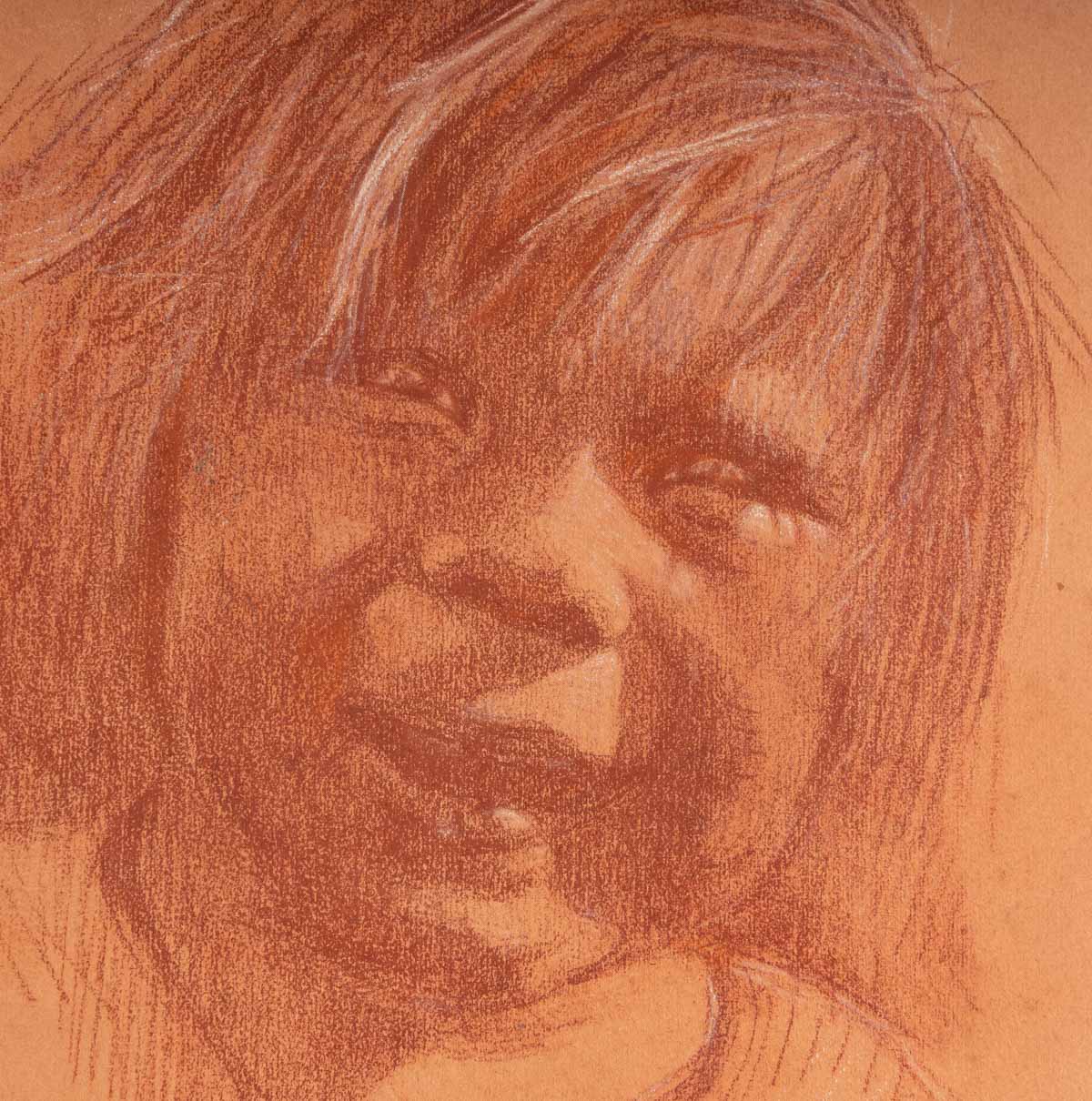 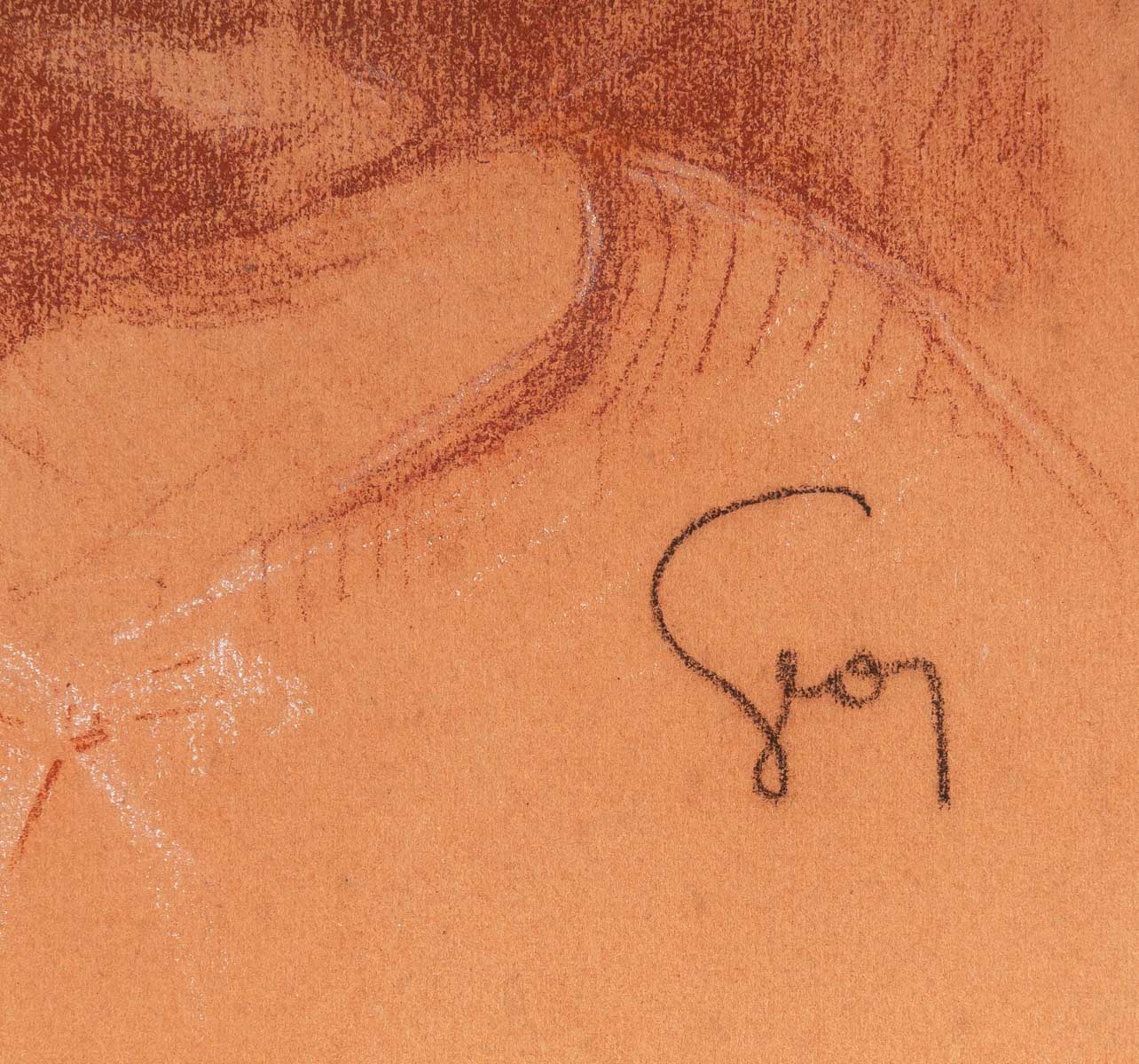 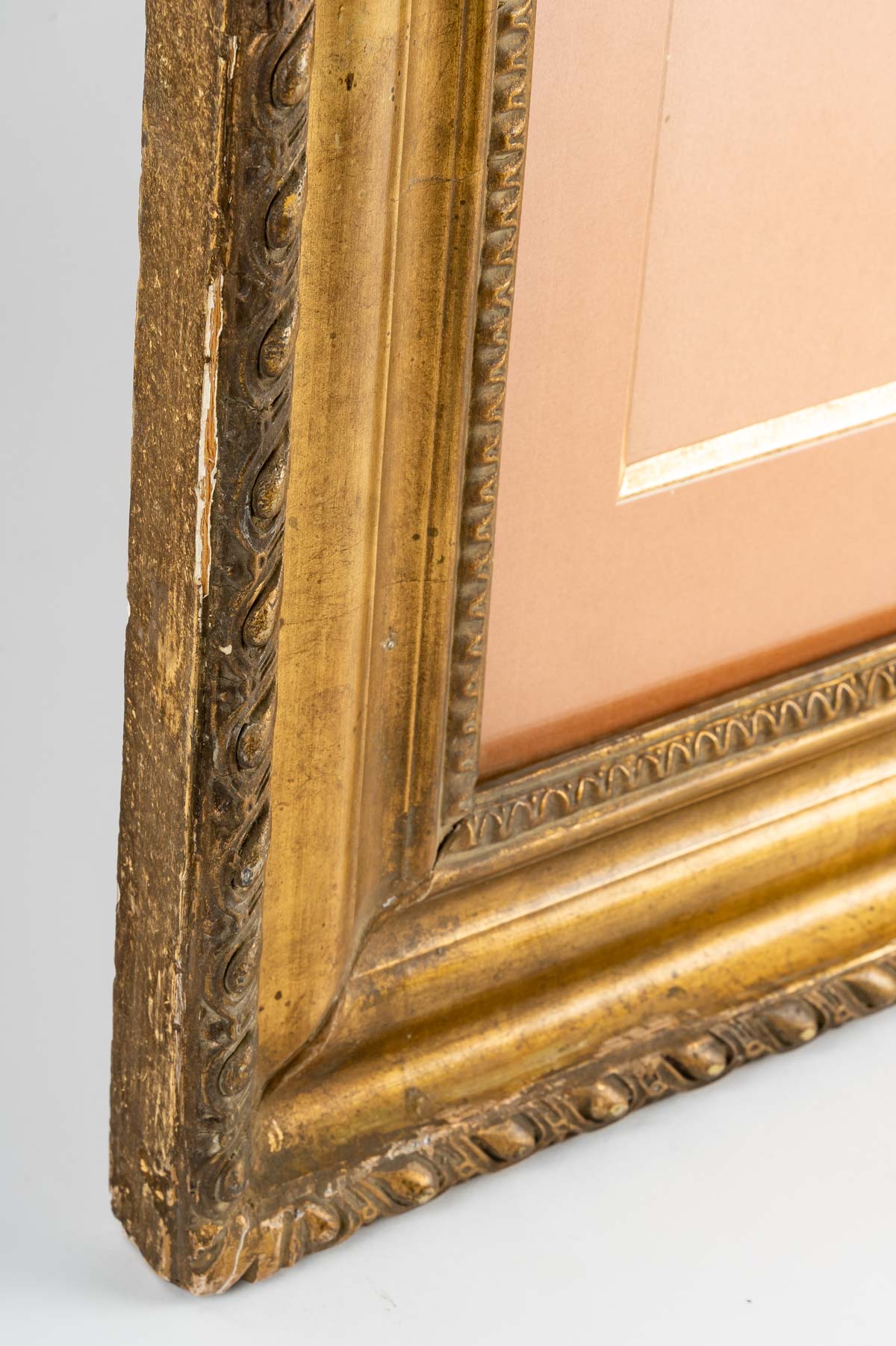 Portrait of a child

Henri Jules Jean Geoffroy was a pupil of Adam Levasseur. Known as a painter of childhood charm; it perfectly captured the innocent spirit of the school children. He painted many genre scenes, often tinged with the naive style. His dark tones generally match his chosen subjects.

He often placed gray figures on a black background, letting in no more light than necessary to illuminate pale faces, as in The Prayer of the Humble or Forsaken .

A distinguished illustrator appreciated by critics and the public, he notably illustrated Charles Perrault’s Tales (1897) and Stahl’s Adventures of Tom Thumb . He exhibited for the first time in 1874 at the Paris Salon, then at the Salon des artistes français, of which he became a member in 1883.

He received an honorable mention in 1883, a third class medal in 1886 and a gold medal in 1900 at the Universal Exhibition. He was made Chevalier of the Legion of Honor.