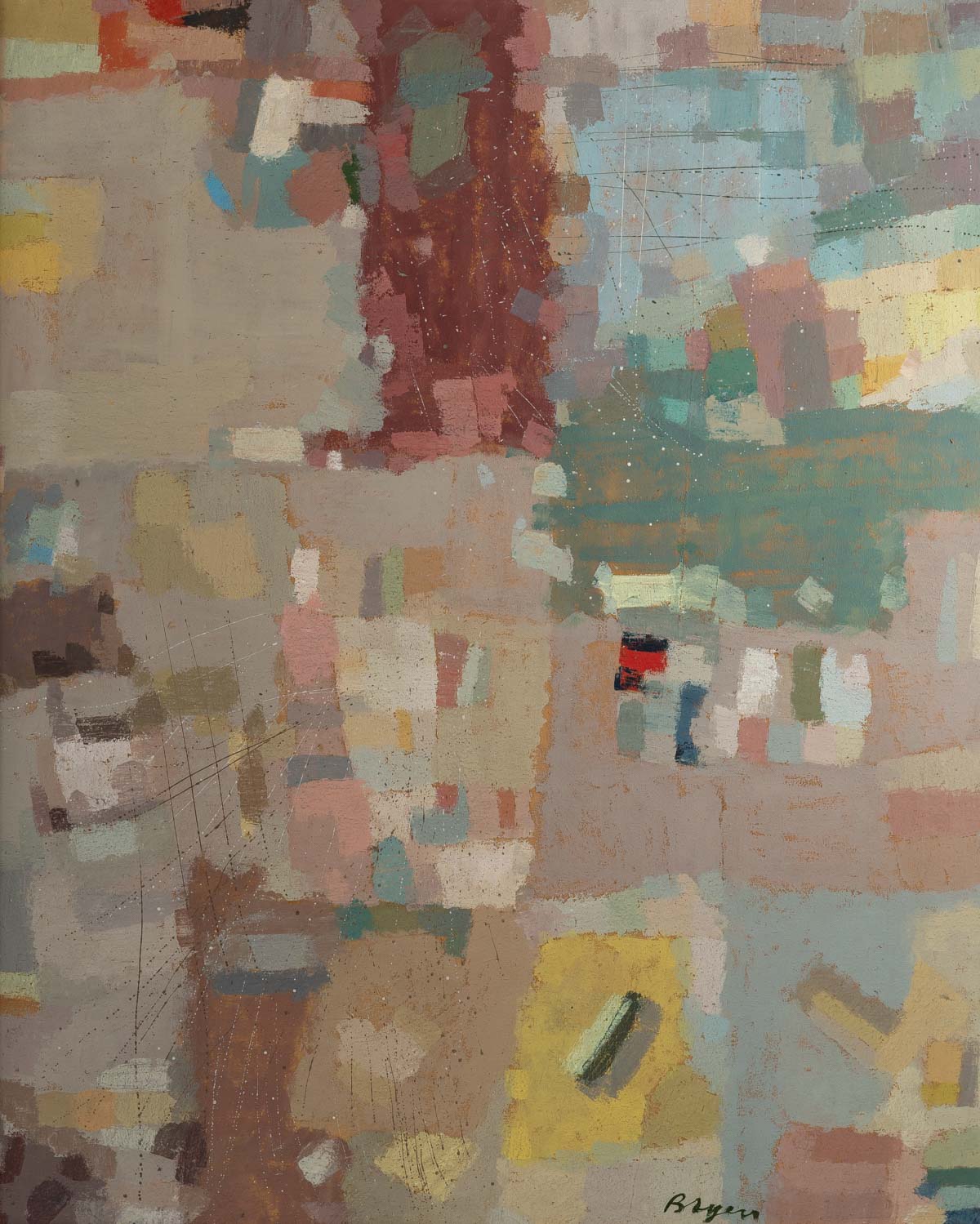 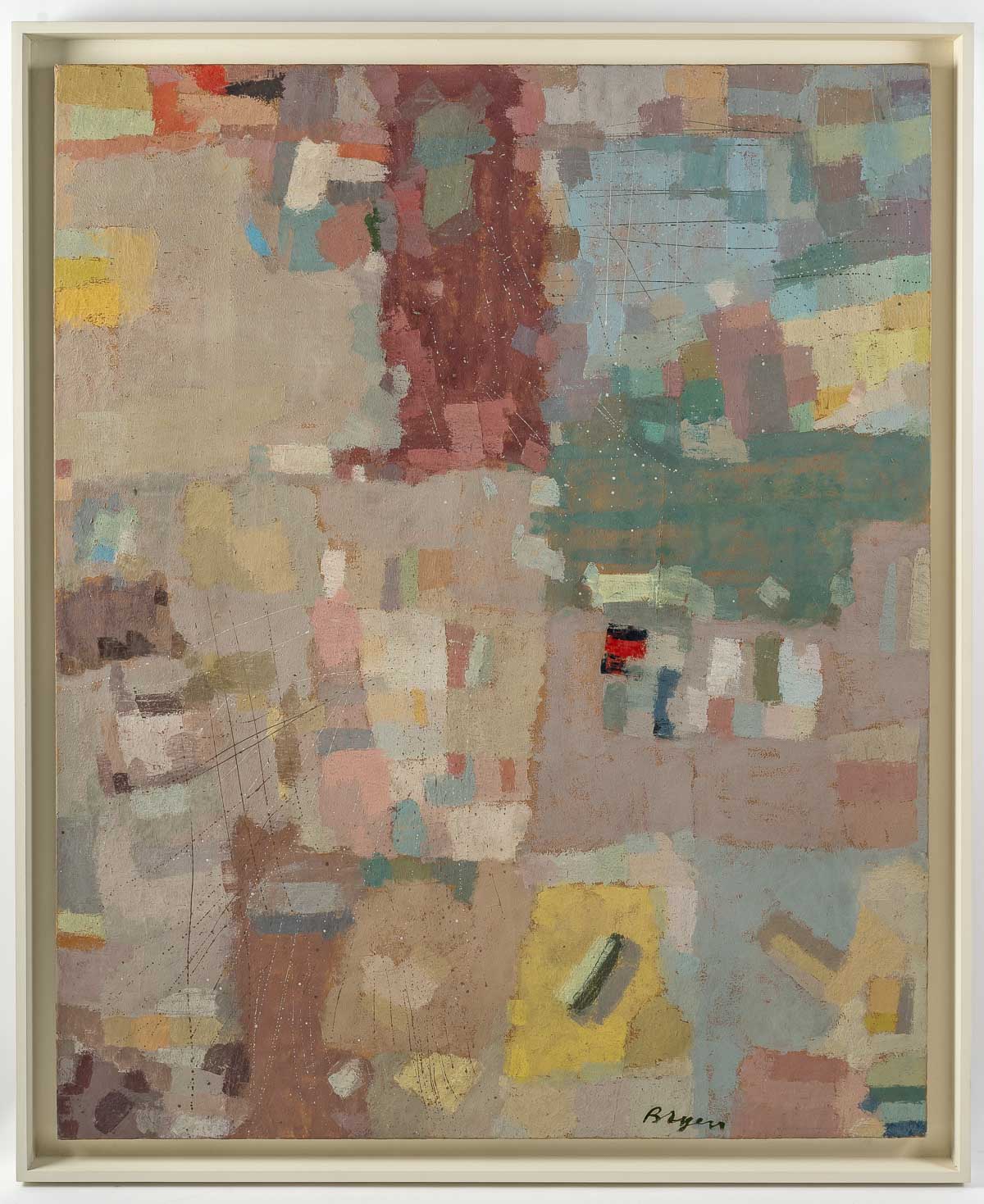 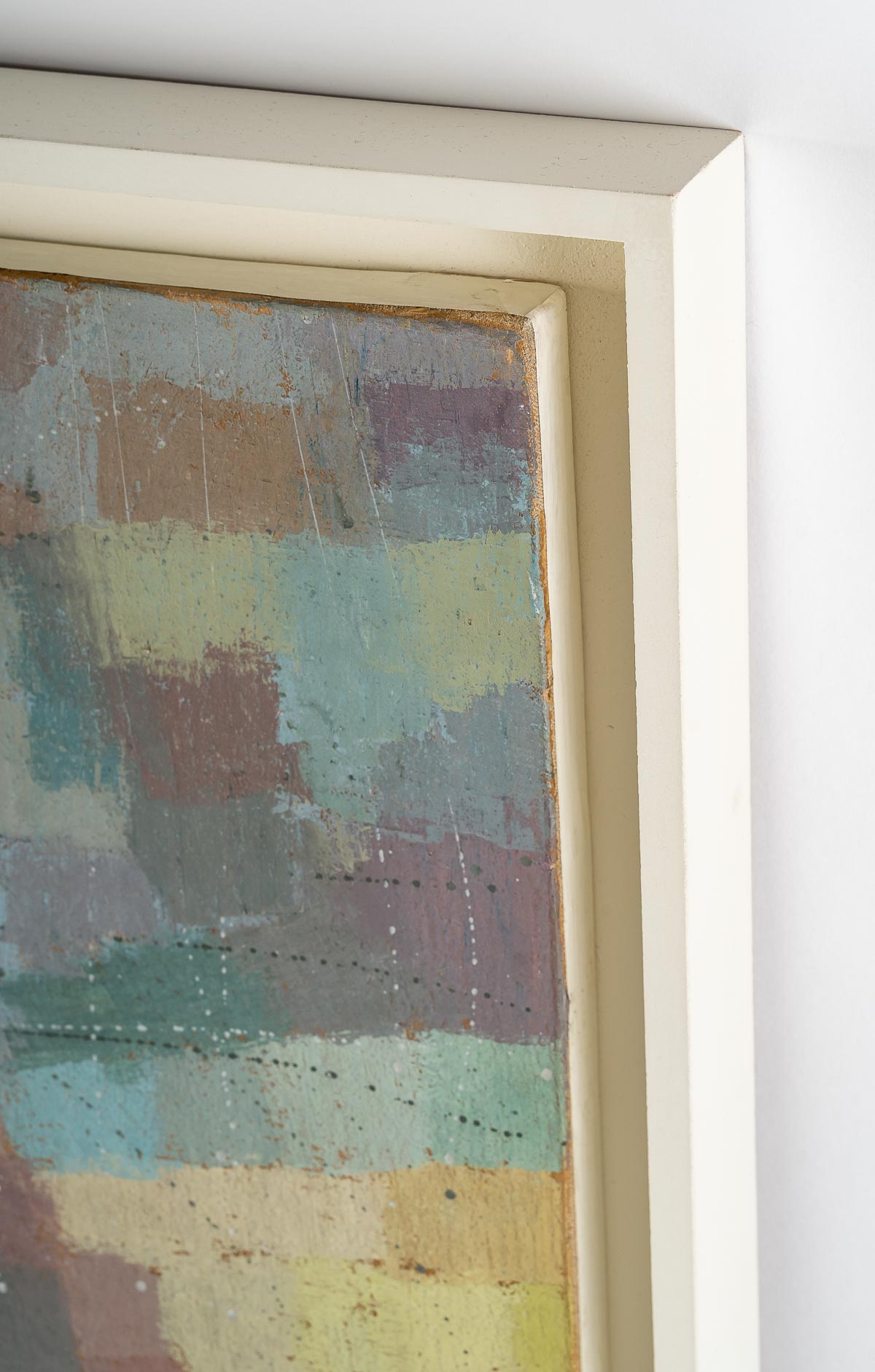 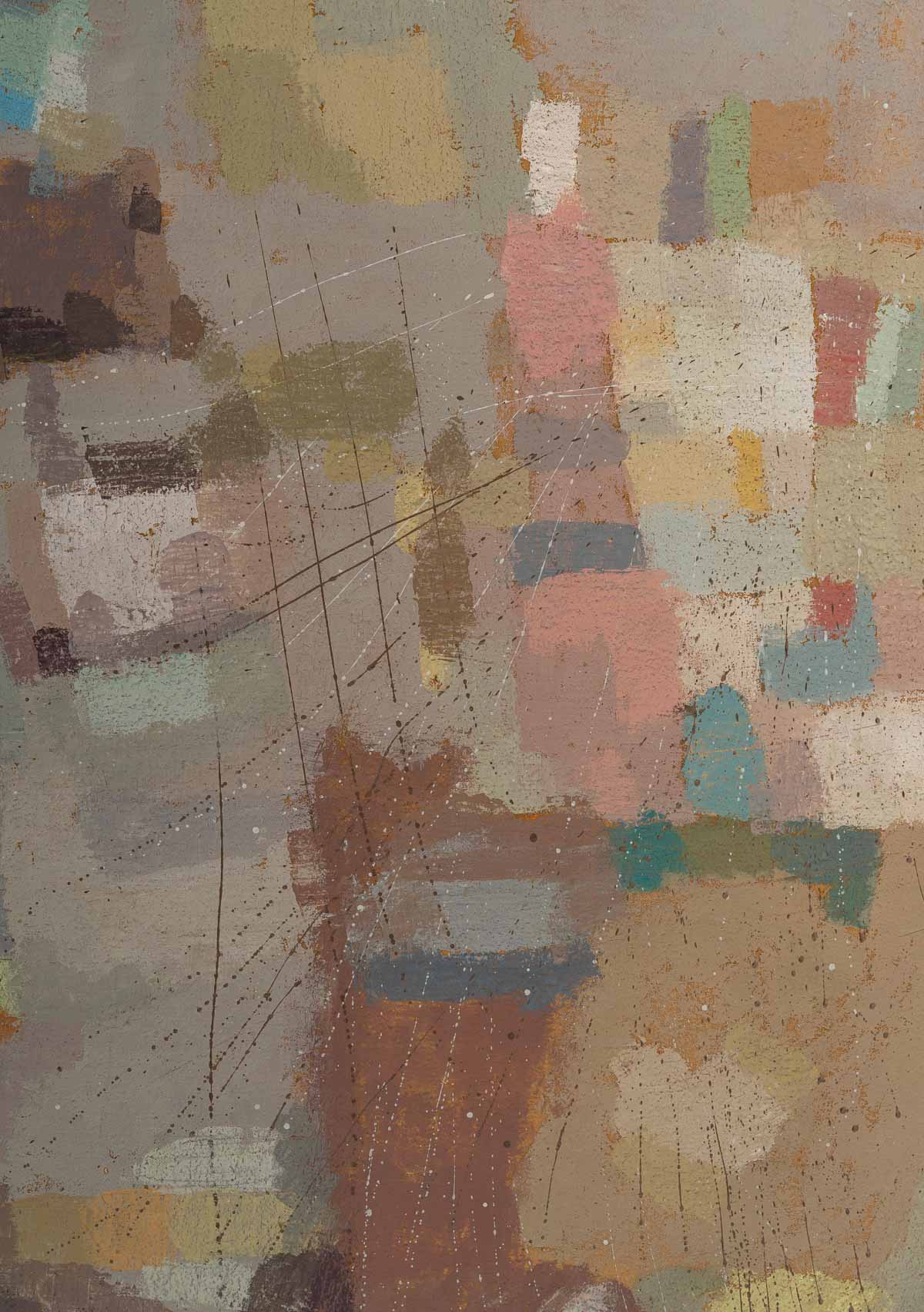 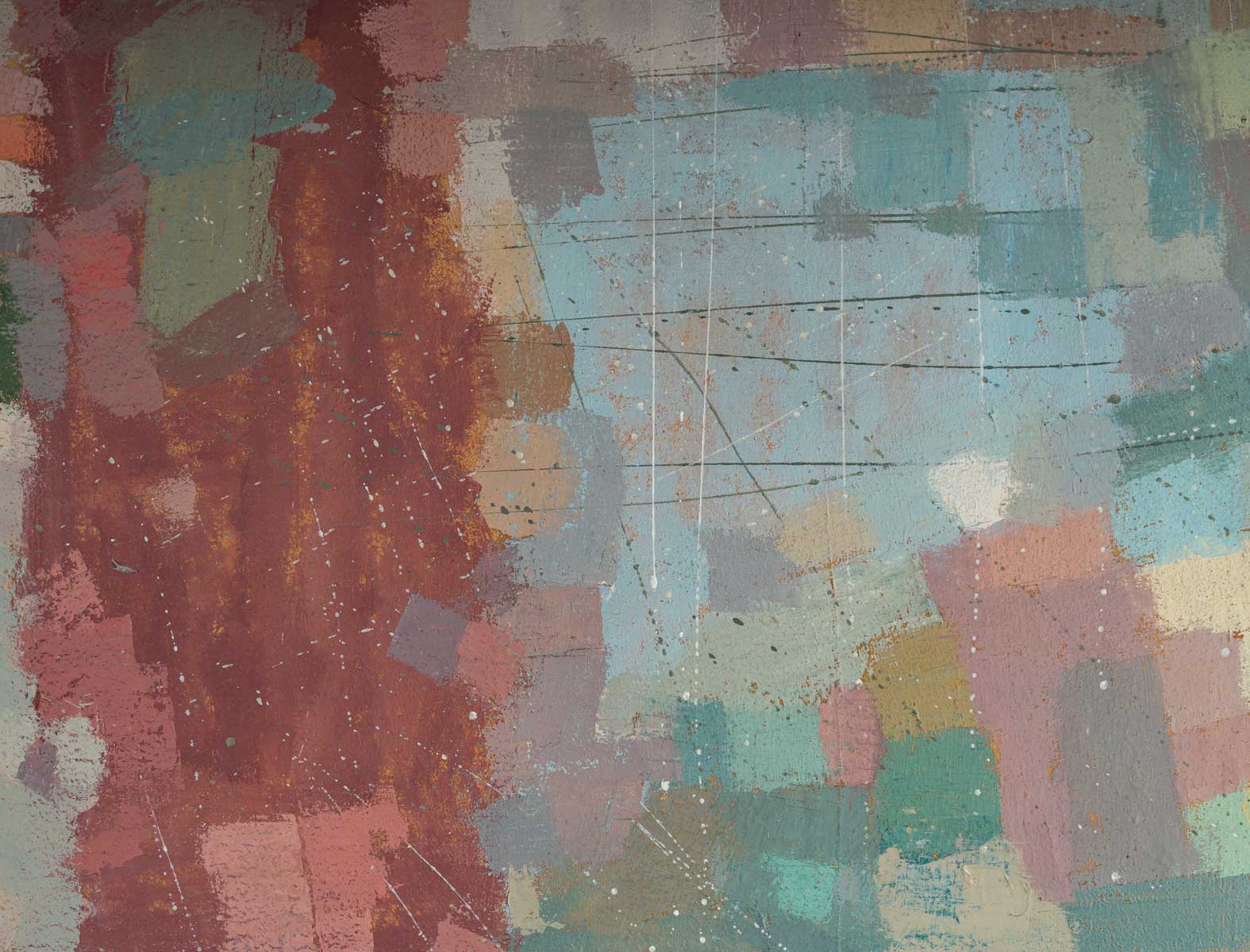 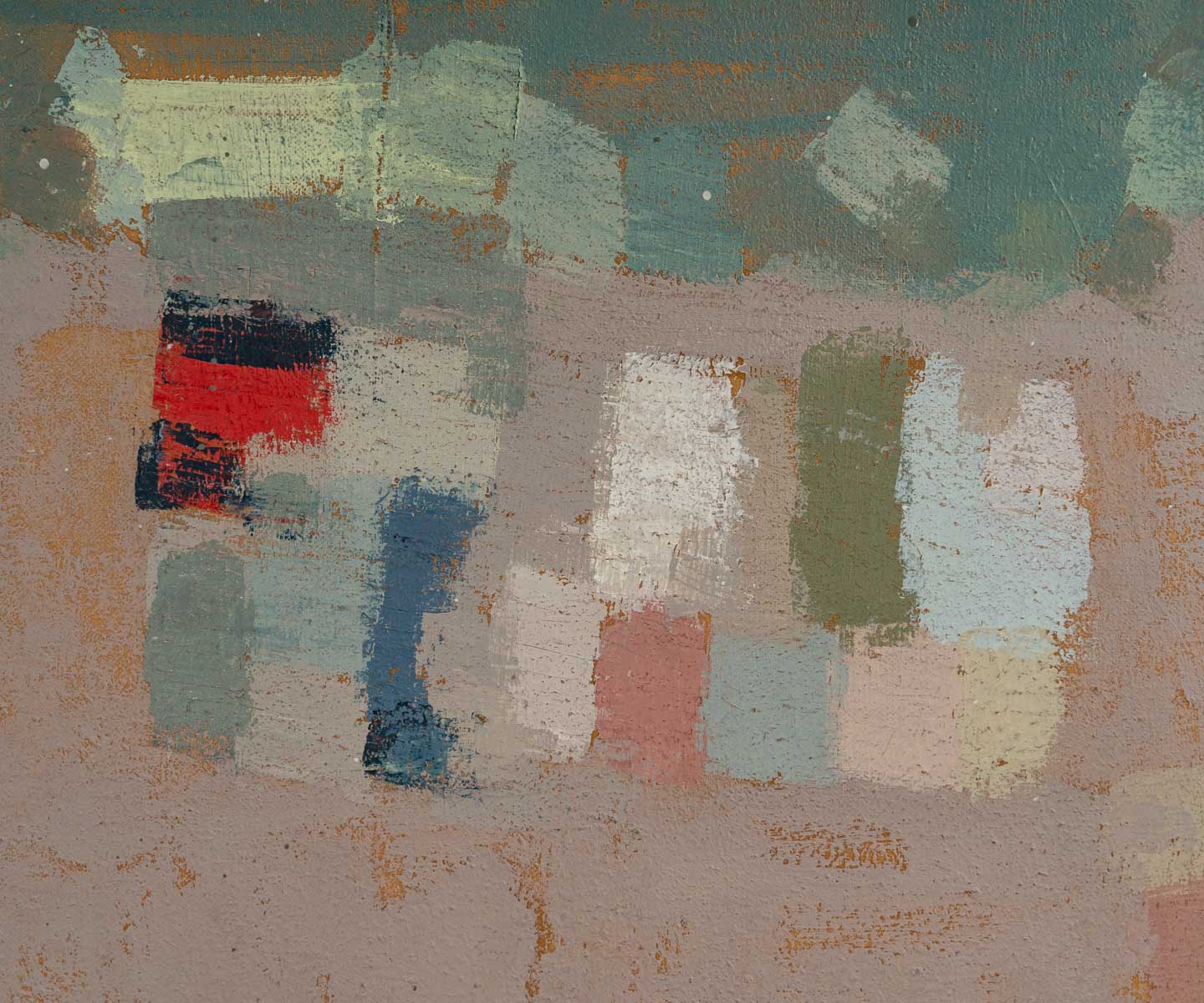 Camille Bryen is a poet, poet of signs, of words, of color. He was one of the initiators of lyrical abstraction. Called the “father of tachisme”, he wanted to dissolve form in favor of non-form.

A poet attached to the Dadaist movement, it was only after the war that he gave free rein to his graphic activity.

At the beginning his painting is violent in colors then from the 60s, his language becomes more subtle. Pale, muted colors are applied with discreet touches, mosaics of luminous and colored touches whose balance is broken by the projection of fragmented lines.

There is a contradiction between his pictorial work, a suave, delicate and measured abstraction, and his protesting intentions and remarks.

In 1926, he came to Paris. It is said that it was André Breton on his return from a surrealist congress who brought him back in his luggage. It was as a poet that he joined the group of surrealists and the initiated circles of Saint Germain des Prés and Montparnasse. He knew Wols and actively participated in the discovery of automatic expressions. It tries to achieve an autonomous language that is no longer controlled by rational thought but by the psyche with the will, like the Dada movement, to make a clean sweep of all ideological or aesthetic. He exhibited at the Salon des “Surindépendants” from 35 to 38. In 1947, he organized with Matthieu exhibitions which brought together Arp, Atlan, Hartung, Wols, Picabia…

He exhibited at the Salons des Réalités Nouvelles and then regularly at the Salon de Mai.

Four private exhibitions took place in Paris from 1952 to 1956 then in Milan and Vienna.

It is present in all major events in France and abroad.